As one of the largest toxic algal blooms ever seen erupted off the west coast, a new study was released that identifies a small but pernicious source of algal “food” in Monterey Bay that fuels source populations: polluted groundwater.

Harmful algal blooms (HABs) occur when certain phytoplankton populations boom in response to an influx of nutrients. The blooms produce toxins that can sicken or kill fish, birds and even marine mammals.

Lead author Alanna Lecher of UC Santa Cruz says that most of these nutrients occur naturally in the ocean from upwellings, wind or seasonal weather. However, groundwater near Monterey Bay tested at two times the level of nitrates allowed by California’s drinking water standards, and is leaching into the ocean from coastal aquifers.

“Most of [the groundwater] is going in the very near shore – the first few hundred feet,” says Lecher. “So it’s not so much a cause of blooms, but it creates a steady source of phytoplankton near the shore for when the right physical conditions occur to cause a bloom.”

In addition to tracking groundwater movement, Lecher also tested phytoplankton cultures in the lab. “We were trying to find out what nutrients are most important to phytoplankton in Monterey Bay. We found that it’s nitrogen-limited. When we added nitrogen, it grew. When we added silica it grew even more.”

The species that grew the most is called Pseudo-nitzschia. “This is the most harmful genus in Monterey Bay,” says Lecher. “It excretes a lot of domoic acid, which is a neurotoxin.”

Stopping HABs at the source

Co-author Adina Paytan of UC Santa Cruz, who was awarded funding for the research through California Sea Grant, says it takes a combination of nutrient sources to create a HAB.

“If it was just the groundwater, you would have similar blooms everywhere,” says Paytan, but adds HABs would stop occurring without a source population. “The groundwater is the constant security [for phytoplankton]. Most other sources, like rivers and upwellings, are not constant in time.”

Paytan says this problem has a solution. The high concentrations of nitrates Lecher and Paytan found in the groundwater discharge were likely due to human sources, like excess fertilizer from agriculture.

“Because we know that there is groundwater discharging into the ocean, we need to try and keep the groundwater quality as pristine as possible. Use fertilizers in a thoughtful way, and don’t over-fertilize. Sewage plants and septic tanks have to be working,” says Paytan. “Because for sure whatever goes into the groundwater goes somehow into the coastal environment.”

Lecher says this study has implications for “the entire coast of California” because the ocean dynamics are similar to those in Monterey Bay.

Having just completed her Ph.D., Lecher is currently diving deeper into the issue in Alaska, where she’ll be comparing the nutrient loads of rivers and groundwater to see which source is more important to HABs. She hopes her work can shed light on managing healthy coastal watersheds in the future.

“I went into science hoping to do studies that would have a positive impact on people’s lives and maintaining a healthier planet,” says Lecher.

When it comes to helping California’s marine life, she’s on the right track. 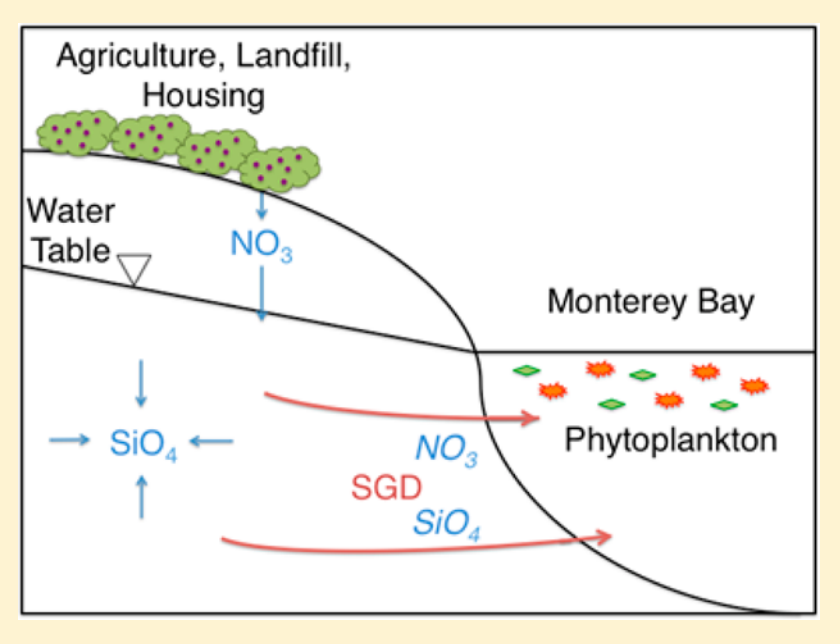 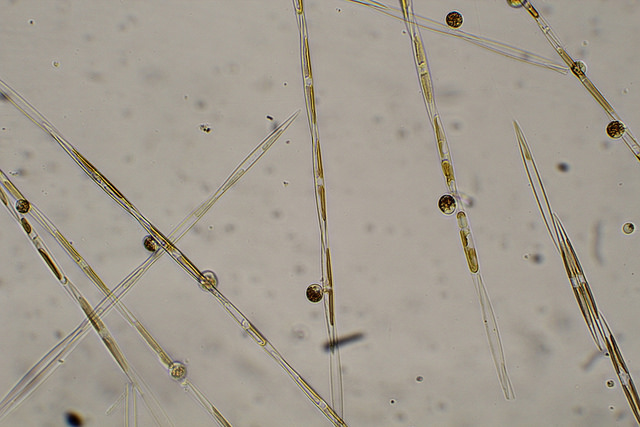 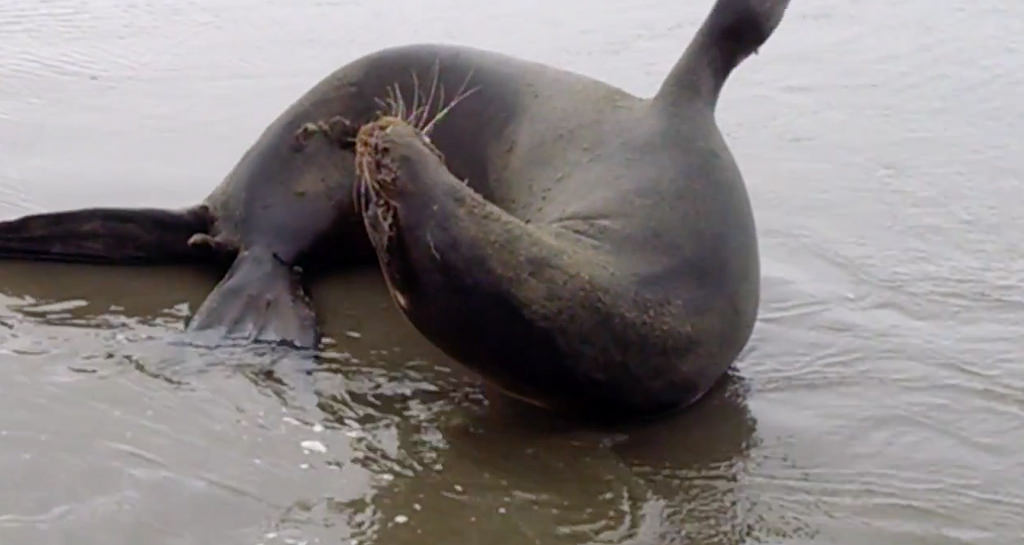