A new paper by California Sea Grant-funded researchers highlights the biological changes within Morro Bay when a primary habitat is lost.

Located on California's Central Coast and named for its towering rock formation, Morro Bay is more than an idyllic stop for fishermen, locals, and tourists alike. It is also a place where scientists are studying the rapid decline of a once dominant marine habitat. Seagrass meadows were previously common throughout the Morro Bay estuary, but nearly disappeared over the last decade. California Sea Grant-funded researchers from Cal Poly San Luis Obispo recently published a paper that highlights how the loss of seagrass habitat caused a dramatic shift in fish species in Morro Bay. Areas once covered with lush seagrass meadows and unique fish species are now home to muddy-seafloor-loving flatfish.

The research team launched a multipronged approach to understand why and how the loss of seagrass habitat has impacted Morro Bay. Ecologist Jennifer O’Leary investigated the eelgrass collapse and impact on fish populations as a California Sea Grant extension specialist based at Cal Poly in San Luis Obispo. 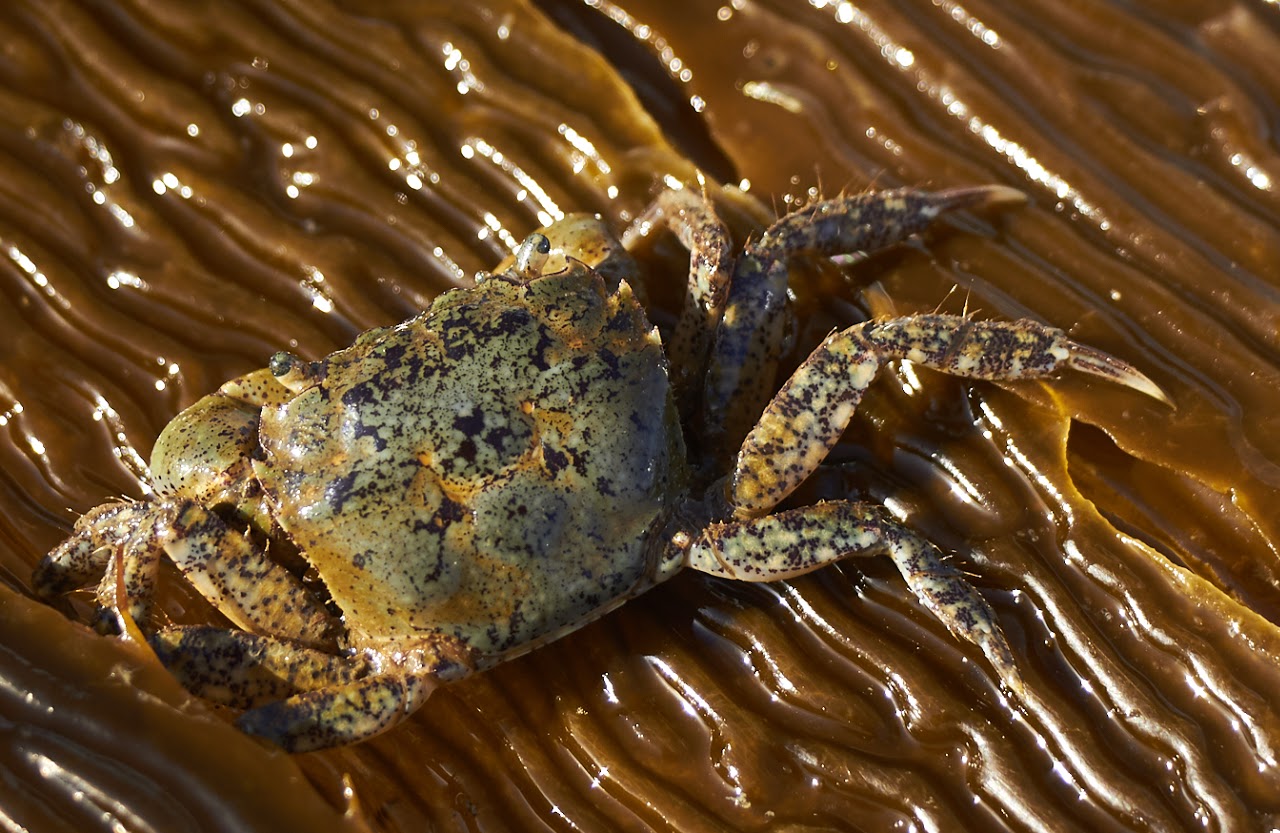 “Seagrass, like the eelgrass in Morro Bay, is important because it supports a range of marine life,” explains O’Leary. “It’s like the trees in a forest—these underwater plants provide food, structure, and shelter to many of the marine animals that live in the bay.”

Underwater seagrass meadows are one of the main habitats in coastal estuaries, and represent one of the most biologically productive biomes on our planet. Yet, seagrass habitats are being lost at an alarming rate, and their decline now rivals those reported for tropical rainforests, coral reefs, and mangroves. Loss is usually the symptom of a larger problem, and seagrasses are therefore considered “coastal canaries.” Their decline signals important losses to biodiversity and often impacts the communities that depend on them.

Morro Bay, one of 28 estuaries that the U.S. Environmental Protection Agency designated as critical to the economic and environmental health of the nation, has seen a dramatic loss in its seagrass habitat. Once dominated by a common California eelgrass (Zostera marina), seagrass at this site has declined by more than 95 percent, from covering 344 acres in 2007 to less than 15 acres in 2017.

Seagrass meadows are a complex habitat that secure sediments with their root systems, and provide food, shelter, and nurseries for many types of fish and invertebrates. When seagrass meadows are lost, they are often replaced with a less dynamic, muddy seafloor habitat. 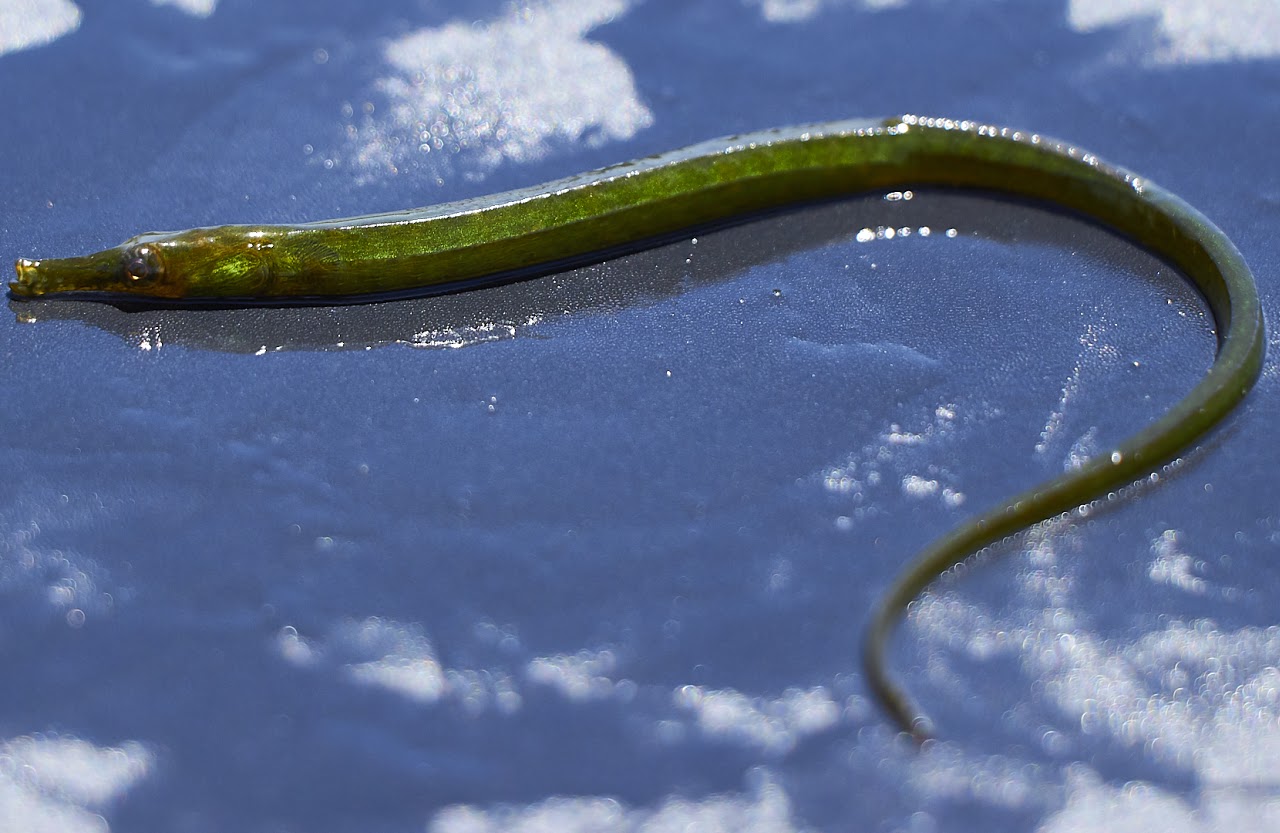 In the recently published paper, O’Leary and colleagues found that seagrass loss did not result in fewer fish, but rather it led to changes in the types of fish that live in the bay. The research team saw decreasing numbers of some seagrass-specialist fish species, like the bay pipefish (Syngnathus leptorhynchus). With long thin bodies and olive green coloration, bay pipefish are adapted to hide among the seagrass blades.

In contrast, researchers also observed an increase in flatfishes like the speckled sanddab (Citharichthys stigmaeus) and staghorn sculpin (Leptocottus armatus). These fish have flat bodies that are ideal for life along the muddy seafloor and are common residents in California bays and estuaries. These species have moved into the former eelgrass habitats and now make up the majority of the fish species present in Morro Bay.

The loss of eelgrass habitat along the California coast presents a larger problem for species that depend on seagrass, like the bay pipefish. If seagrass doesn’t recover, then the surviving meadows will be further apart and have a more fragmented, or patchy, distribution. This distance and patchiness of habitat may impact specialists, like pipefish, by impairing their ability to move to a new habitat to find food or mates. This isolation of pipefish communities may alter the genetic structure and diversity of the overall pipefish population over time.

“The relatively sudden and near complete collapse of eelgrass in Morro Bay has not only changed fish populations, but it has also resulted in substantial changes to estuary physics and geomorphology,” said Ryan Walter, an associate professor in physics at Cal Poly San Luis Obispo, who has been studying eelgrass loss through a California Sea Grant-funded research project that was launched in 2018.

Walter and O’Leary and other researchers at Cal Poly in San Luis Obispo, in conjunction with the Morro Bay National Estuary Program, continue to study the cause and consequences of the eelgrass decline. In another study, the team recently found that the loss of eelgrass in Morro Bay led to widespread erosion, or loss of sediment, throughout the estuary.

The new research sheds additional light on changes within Morro Bay that may inform how scientists learn about seagrass communities throughout California. There has not been an eelgrass decline on the United States Pacific Coast of this magnitude, making Morro Bay a novel event that may help predict future estuarine change.

There is hope for the future. The remaining eelgrass is slowly expanding with protection and local planting initiatives, including successful transplant efforts led by the Morro Bay National Estuary Program. O’Leary and Walter have used drone-based surveys to document natural expansion and recovery of eelgrass in areas where it was lost. The mere 9.4 acres of seagrass left in Morro Bay in 2017 expanded to 36.7 acres by 2019. The researchers are still analyzing data from 2020, but are optimistic that the seagrass acreage continues to slowly increase.