Banking on a species’ future revival means taking action now. That’s precisely what scientists like Filipe Alberto of the University of Wisconsin – Milwaukee are doing: making a vault of baby bull kelp now before more is lost. Since 2014, bull kelp in California’s North Coast has disappeared by more than 90 percent. Scientists are looking to kelp genetics as an insurance policy, where kelp forest restoration efforts may depend on kelp selected and grown for resilience against warming oceans and climate change impacts.

Far from California, tucked away in a lab in Milwaukee are thousands of tiny kelp gametophytes–with one set of chromosomes–that could stave off future declines. Prepping for the worst, means that plant growth chambers in the lab are filled with insurance against an unknown future. The lab has approximately 3,500 bull kelp gametophytes, as part of the Conservation Genomics and Gametophyte Banking of Bull Kelp in California program, which is jointly funded by California Sea Grant and the California Ocean Protection Council, in collaboration with the California Department of Fish and Wildlife. These tiny gametophytes are teaching scientists something new every day.

“The role of these microscopic stages in the wild is very difficult to study,” Alberto says. “People have called it the black box of kelps.”

But, the lab is changing that.

Kelp is an algae, and has a different reproductive cycle than plants. The gametophytes are a stage in a bull kelp’s life cycle that captures sexuality—where they produce gametes that eventually become fertilized to produce baby bull kelp. By capturing these microscopic predecessors, scientists can keep a perpetual vault, including its genetic diversity at a given time point without the struggle of farming full-grown kelp. 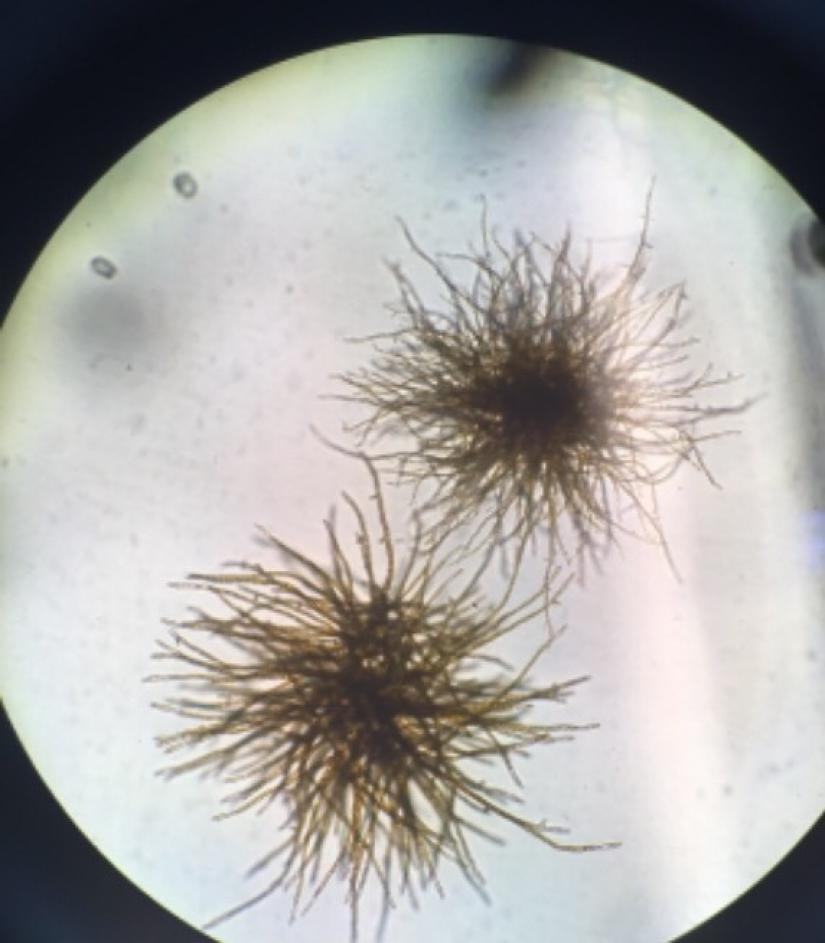 “The main idea is to preserve the current high genetic diversity of bull kelp in California,” Alberto says. “The collection can be used to reseed natural populations and in future to select for kelps more adapted to environmental stressors like high temperatures.”

The setup allows scientists to replicate the male and female gamete an infinite number of times to produce the same exact copy of an interesting kelp.

Alberto’s team gathered spores from about 40 kelps at 13 California sites to clone the gametophytes germinating from them. The scientists watched under the microscope as they grew from spores into gametophytes.

“It takes almost two months for this tiny gametophyte to grow slowly into little fuzzballs that you can see with the naked eye,” Alberto says.

The gametophytes are then placed into a growth chamber at 9 degrees Celsius until they’re ready to be genetically crossed. To determine what crosses to make to survive an uncertain future, scientists like Alberto need to understand the resiliency of individuals. To do this, geneticists analyze differences in populations and what genes are surviving the pressures of the environment. 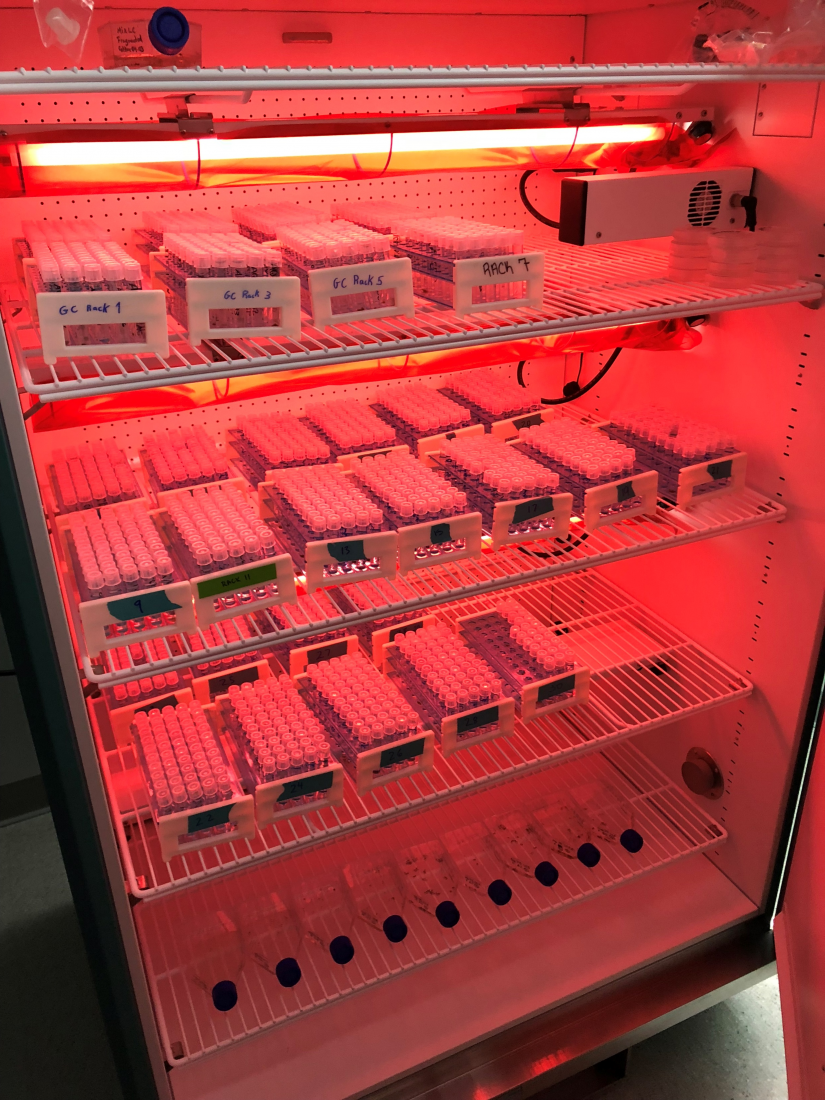 Deciphering a genome comes with its own challenges. Alberto calls the bull kelp genomes “recalcitrant” due to the other molecule machinery that makes accessing the DNA recipe difficult, despite it being short.

But, modern genomics is making strides. Alberto and his colleagues started looking at bull kelp after having success with giant kelp. When giant kelp disappeared in 90% of its range in Mendocino County, scientists rushed to understand why. They developed the genomic resources and trained hands to tackle it.

Bull kelp is found from Alaska’s Aleutian Islands down to Southern California, where the cold water it needs to thrive begins to warm. In the field, the team collected bull kelp tissue along the California coastline from the Oregon border to the central coast town of Cambria. They found that the highest genetic diversity is in the southern range of the bull kelp, but it’s also where the populations are most threatened with climate change given that the kelp is at the limit of its range. A quick shift in temperature could mean devastation for the overall kelp genetic diversity. Off the coast, halfway between Monterey and Los Angeles, is the most threatened and most genetically diverse population.

The reason for the southern bull kelp population’s diversity goes back to the last ice age. This population has survived what scientists refer to as glacial oscillations where prolonged cold temperatures travel south and cause mass die-offs over geological time. Luckily, the ones further south—away from the polar temperatures—survived and thrived, their older history allowed them to accumulate genetic diversity.

“As a population geneticist, I look at this,” Alberto says. “And I think, ‘Oh my god, this is genetic diversity that is so old, it took so long to build and now it can just disappear very fast.’”

With a time capsule that scientists can defer to when recovering the species from a myriad of potential threats, Alberto envisions the possibilities such as selecting for warm temperature tolerance under climate change to give future kelp restoration efforts the best chance of success

“By having this very old diversity stored somewhere, this will allow us to discuss what we want to do with it,” says Alberto. “That may be assisted evolution or other ideas that we may now think are crazy to most people.”