Some of California’s most important forests don’t have trees. Up and down the West Coast, kelp—a large, plant-like brown algae—supports marine life and local economies.

“It’s really quite an iconic ecosystem,” says Mark Carr, a kelp forest ecologist from UC Santa Cruz. With a growth rate of up to a foot and a half per day, kelp beds are a particularly productive—or fast-growing—ecosystem. “That productivity supports a huge number of species,” says Carr. Otters, seals, shorebirds, and even whales benefit. (Meet some of the species that call California kelp forests home in the video to the right by UC Santa Barbara researcher Katie Davis Koehn, Channel Islands, California.)

In addition to providing vital habitat and food for marine life, kelp forests also support coastal communities. They sustain commercial and recreational fisheries, promote ecotourism, consume carbon, and prevent coastal erosion by slowing down waves before they reach the shore. “And then there's the cultural significance,” says Carr. Generations of Indigenous peoples along the coast consider kelp forests a part of their story and natural heritage.

But first fishing and now marine heatwaves threaten the existence of kelp beds. “There’s no question that right now, the number one threat to kelp forests along the coast is global climate change,” says Carr.

It’s no surprise then, that kelp forests were included when California created a system of marine protected areas (MPAs). “One of the unique elements of MPAs is that they’re really designed to protect a whole ecosystem, rather than individual species,” says Carr. He worked closely with state officials on the Marine Life Protection Act, which involved the creation of a new network of protected areas. Now, Carr works with colleagues across four academic institutions and citizen scientists around the state on a kelp forest monitoring project that assesses the effectiveness of MPAs as a conservation and management tool. The project is one of seven three-year awards that California Sea Grant administers for the California Ocean Protection Council and the California Department of Fish and Wildlife. The projects provide researchers, managers, and policy-makers with vital information about marine protected areas and ecosystems around the state.

Kelp beds span the length of the coast, so monitoring the protected areas involves multiple groups of researchers and citizen scientists. To understand how MPAs impact fish abundance, diversity, and size, divers swim along transects and count several different kinds of fish in swaths of a given width, height, and length. They do this multiple times at four different depths and then repeat the process at three more sites within the MPA and a few sites north and south of the protected area. Then, they assess algae, invertebrates, and “all the little buggers on the bottom,” says Carr. It takes the entire field season.

“It’s pretty amazing, actually,” says Carr. The intensive monitoring effort is unprecedented, just as the MPA network itself is unique. “California is the global standard for protected areas.” 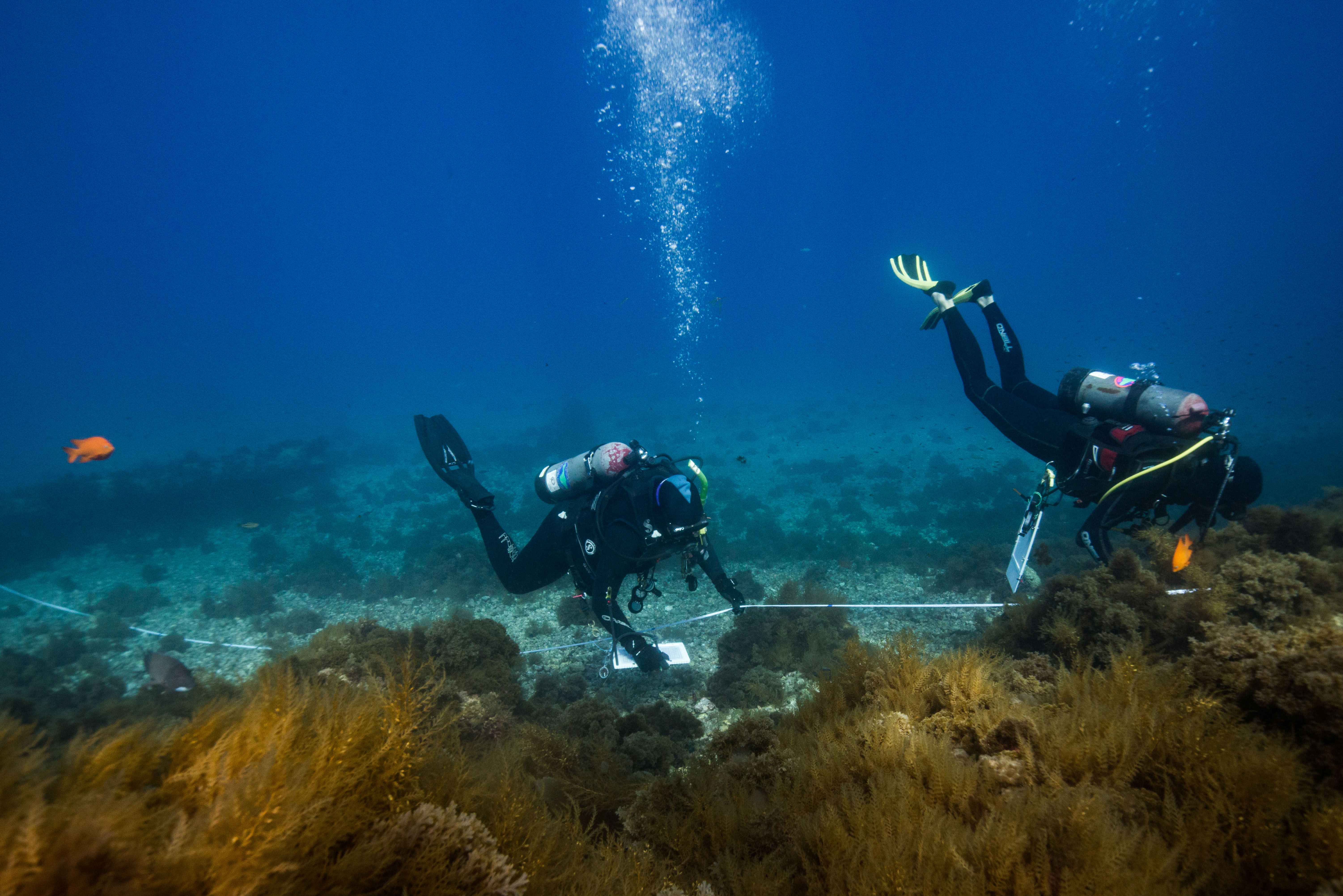 Reef Check divers swim along a transect. Photo credit: Helen BrierleyUniversity scientists aren’t the only ones diving to collect data for the project. Each year, Reef Check—a non-profit dedicated to citizen science—trains around 300 volunteers from San Diego to the Oregon border to conduct scuba surveys.

“It gives the people that are affected by the management the tools to have a voice in how this management is conducted,” says Reef Check executive director Jan Freiwald. (Interested divers can find more information about getting involved at Reef Check’s website)

The organization would have offered its first training sessions of the year in early April, but COVID-19 shelter-in-place orders have thrown the entire monitoring season into uncertainty. “We’re basically, like everybody else, holding, waiting to see what happens,” says Freiwald.

Carr shares the concern. “Right now, we're currently interviewing people that we hire-on seasonally to conduct these surveys,” he says. “But we can't really hire them on until we know we're going to be allowed to actually go out and do the sampling.”

Cavanaugh has spent the last decade developing methods for monitoring changes in kelp forest health and abundance using 30m resolution satellite imagery—that is, each pixel of the image represents an area of almost 3,000 square feet. The grand scale sometimes poses an issue. “It's good for getting offshore beds that are pretty large, but if you have really small or sparse kelp that's really close to the coastline, it can be hard to pick some of that up,” he says. The researchers also cannot remotely sense kelp that doesn’t reach the surface.

Satellite imagery shows kelp forests near Santa Barbara. Photo credit: Kyle CavanaughDespite those challenges, the team can analyze kelp forest dynamics over almost 40 years, allowing researchers to identify long-term changes. After the 2013-2015 marine heatwave known as “the Blob”, for example, the scientists noticed a surprising collapse of kelp forests in the northern part of the state. They see lots of year-to-year variability, but this destruction was different.

“Unlike some of these previous disturbances—where kelp seems to recover quickly—after the heatwave abates, we still have not seen much recovery up there,” says Cavanaugh. “That’s pretty concerning.” Climate change could make things even worse. “We worry that [the heatwaves] might start happening so frequently that kelp doesn't have a chance to fully recover,” he says. “And, of course, it's not just the warm temperatures. It's this combination of sea star wasting disease and an increase in urchin abundance plus warm temperatures.” Urchins eat the base of kelp and can destroy entire forests. Since one of their main predators—sea stars—plummeted in number due to a fatal virus, the urchin population has exploded and created “urchin barrens” that resemble an underwater clear-cut forest.

Still, there is hope. “When we don't see some of the responses that we predicted, it may just be simply a matter of time,” says Carr. He feels confident that by 2022, researchers will have a better understanding of the impacts these protected areas have on ecosystems. In the meantime, California Sea Grant plans to expand kelp forest research. An Extension Fellow, announced this month, will focus on kelp monitoring and management solutions in a new, two-year position. California Sea Grant will also fund between two and four projects focused on restoration and ecosystem recovery starting this summer. 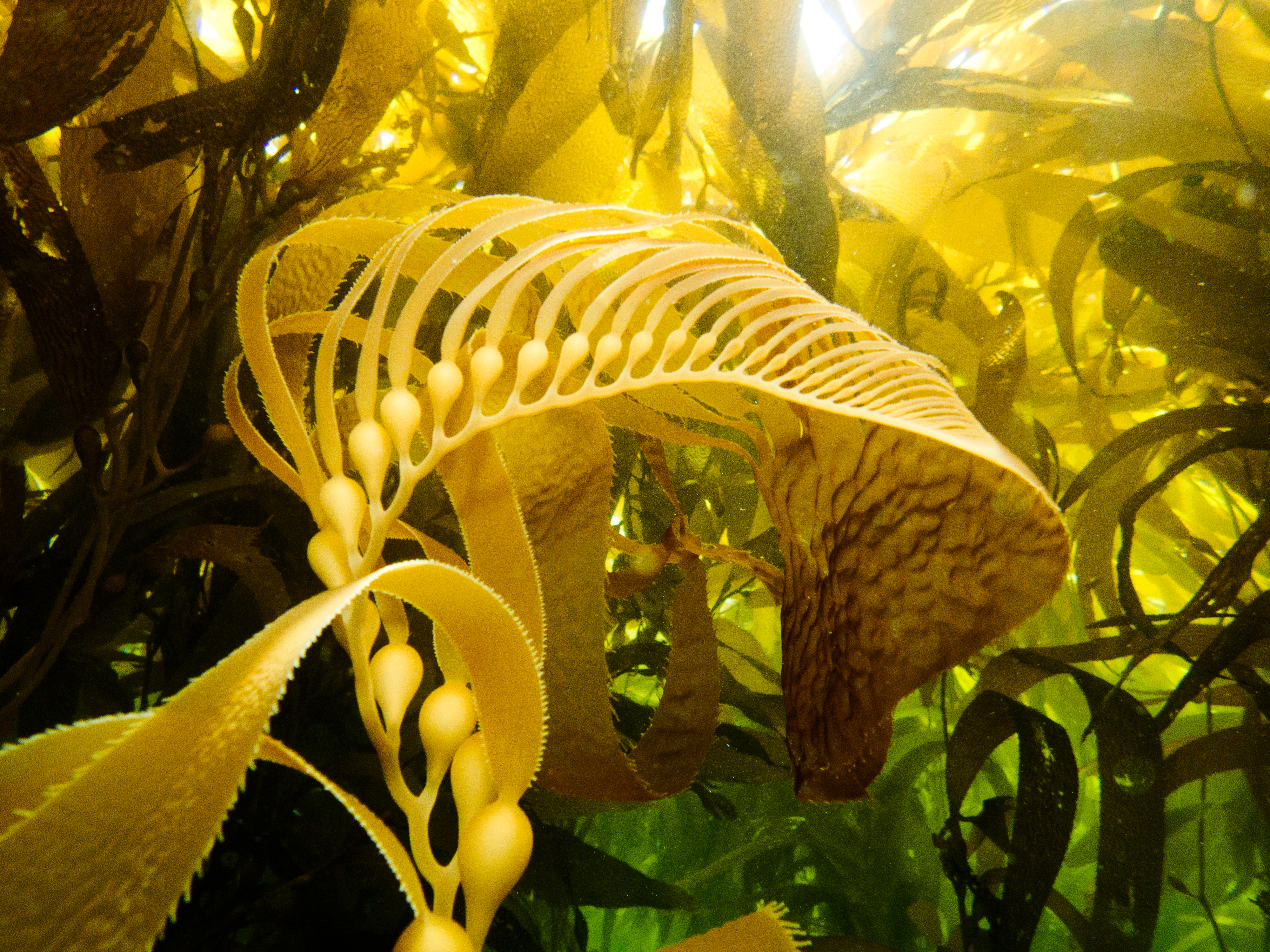 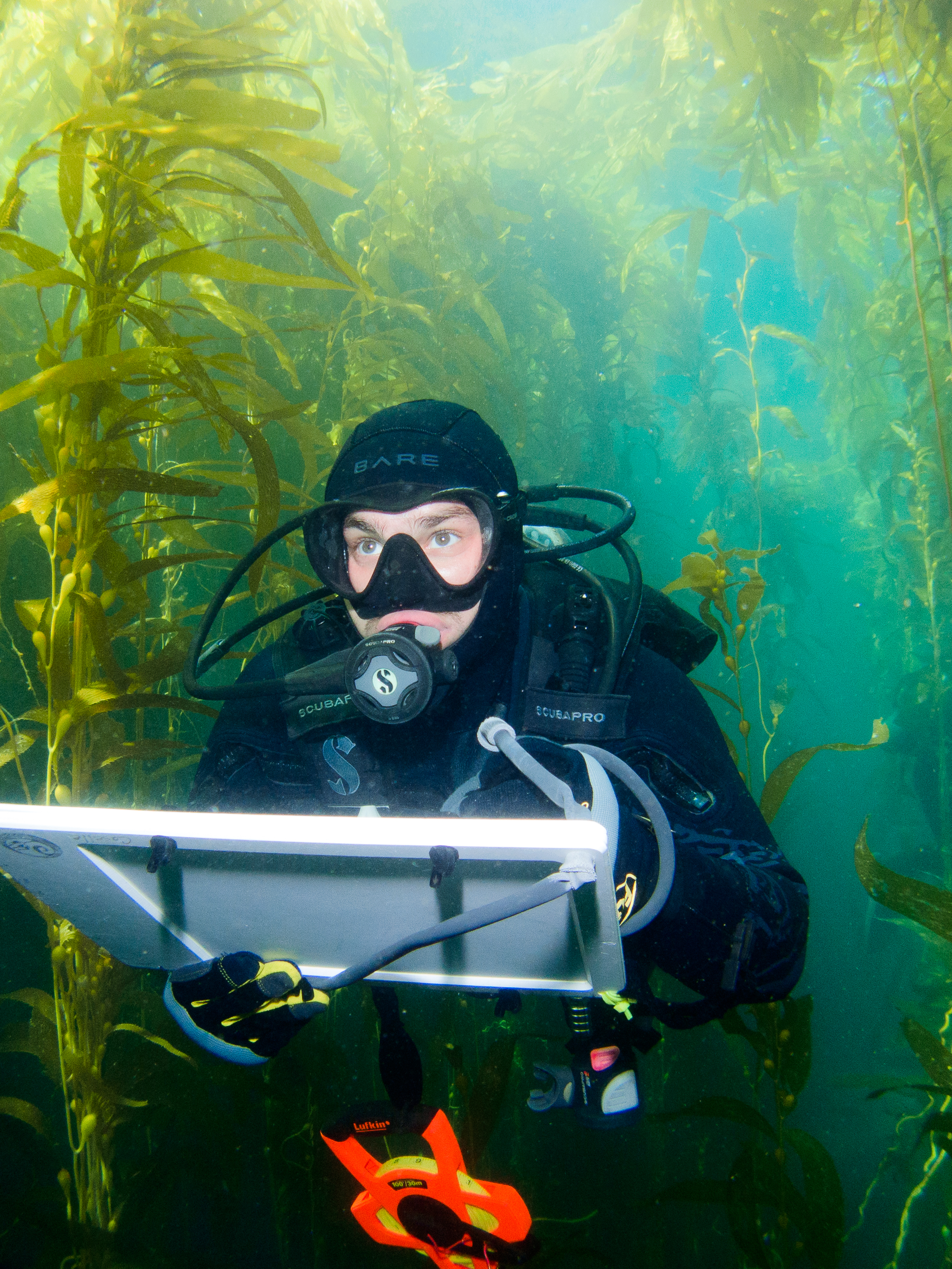 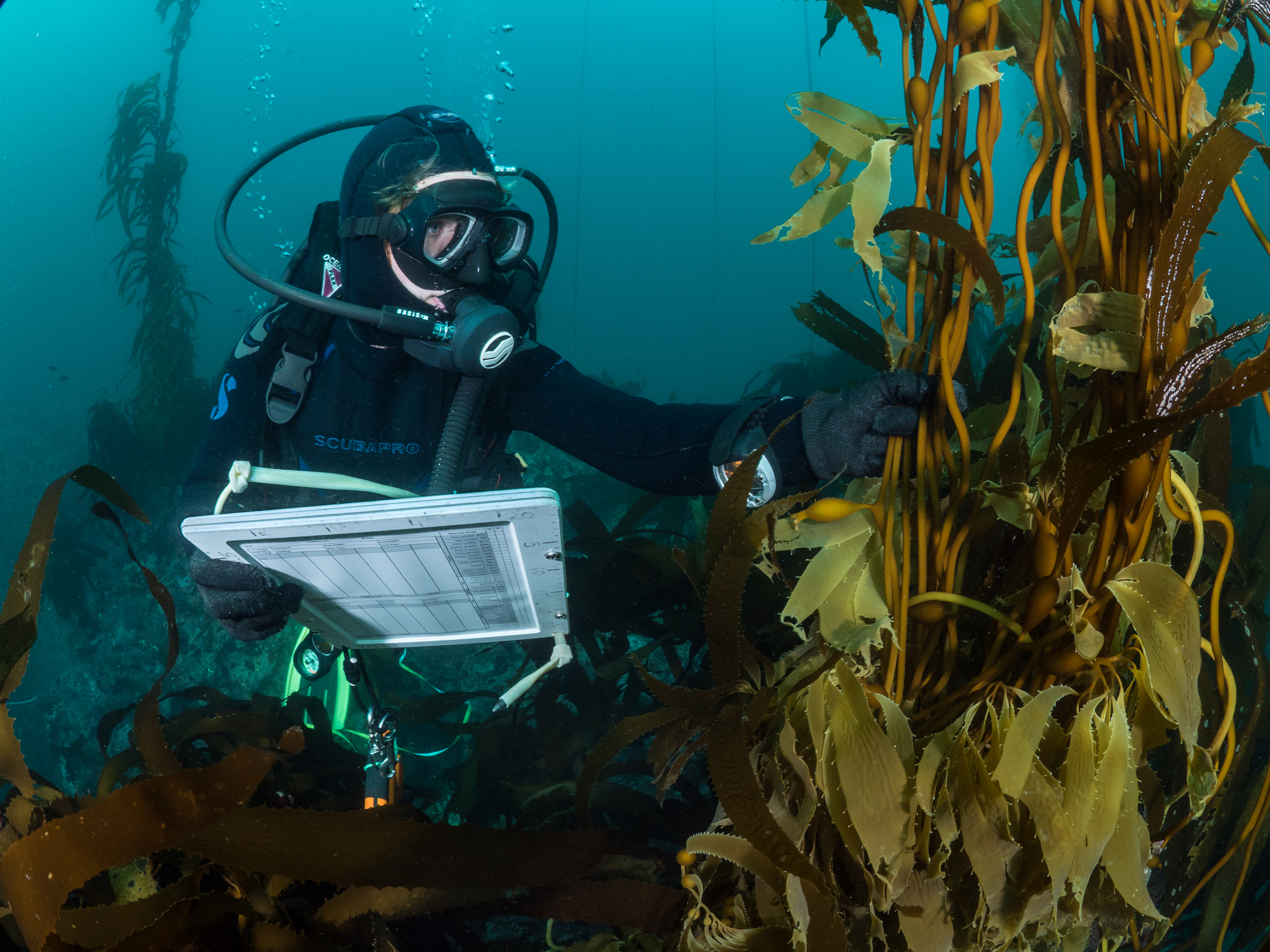