Inspiring young people to envision themselves as scientists

“Transforming young lives through science.” That is the mission of Ocean Discovery Institute, a non-profit science education organization located in a mid-city San Diego neighborhood called City Heights. Ocean Discovery has been a huge part of my journey to becoming a marine scientist. Their programming offers students within the City Heights community unique and meaningful opportunities to engage in hands-on research while networking with professionals already in the field. These are experiences that many students may have never otherwise received without the help of the organization. 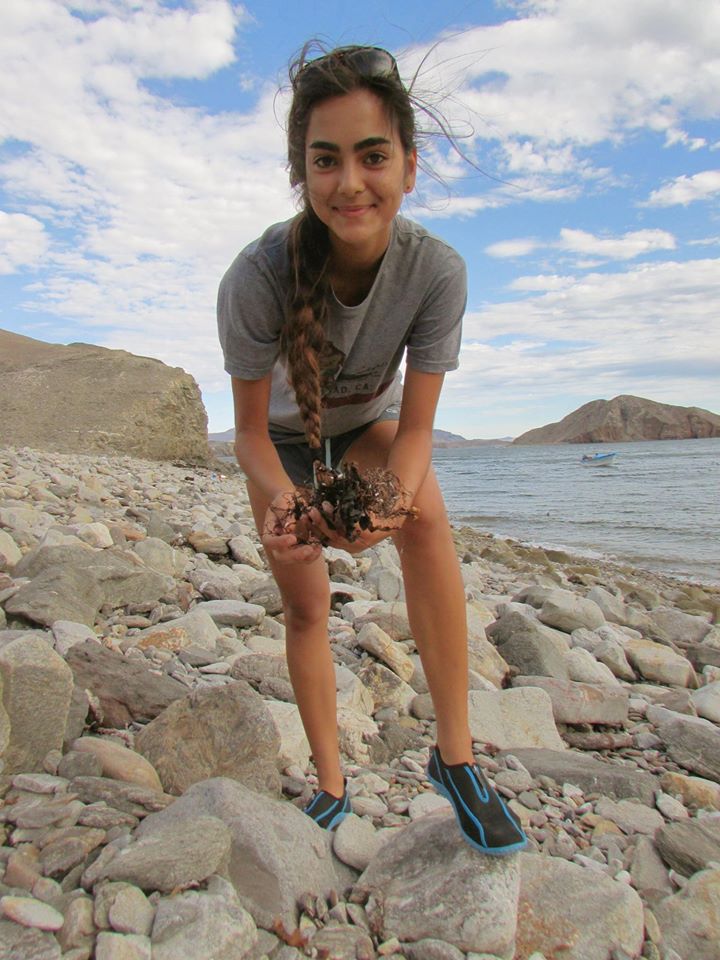 I became involved with Ocean Discovery, back in 2014 as a junior in high school. Previous to that, I never envisioned myself becoming a scientist, let alone participating in research projects down in Baja California, Mexico summer after summer. Growing up, I had a very narrow view of what a scientist was. I thought a scientist was an old, white man who spent all day working in a lab wearing a white lab coat. A common misconception for many young people, especially young people with limited exposure to scientific experiences and scientists with whom they can identify. Reflecting back to my younger days, there was a strong lack of diversity in my mind about what a scientist was and I didn’t realize that myself and my peers could ever become scientists.

This is why as part of my internship with California Sea Grant, I decided to create a sticker empowering young people of color to envision themselves as scientists. With COVID-19, in-person programming at Ocean Discovery’s Living Lab has been put on pause. That programming was essential to providing opportunities for young people to engage in hands-on science experiments and environmental stewardship in the community. However, Ocean Discovery is still doing an amazing job of finding creative ways to keep students and families involved. They have even partnered with Feeding San Diego to ensure community members first-and-foremost still have access to healthy meals. I took this as an opportunity to create something that could be distributed to families and young people in the community, along with these meals. My hope is that when a young student receives this sticker, they can put it on their reusable water bottle and it can serve as a visual reminder that they belong in the scientific community. 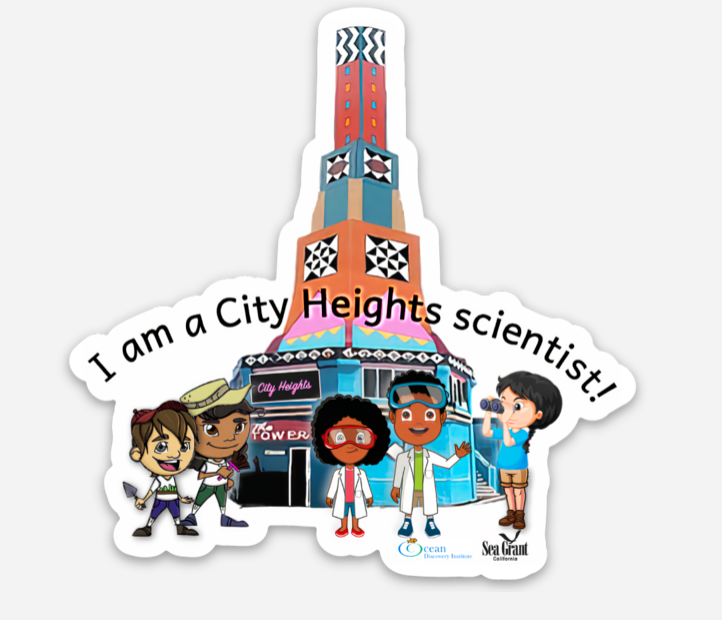 I designed the sticker around the iconic tower here in City Heights, a staple of the color and diversity that is found in the community. In front of the tower, I placed cartoon-style images of various types of scientists--a paleontologist and a field biologist--to show that scientists can also work outside the lab. I made sure to include kids of color in the sticker image to also reflect the students that are found here in City Heights. It’s important that these young students feel like they belong in STEM fields and grow up seeing people who look like them in the scientific community.  Ultimately, I hope this sticker brings some light during these challenging times and can put a smile on the faces of young kids and families in the community.