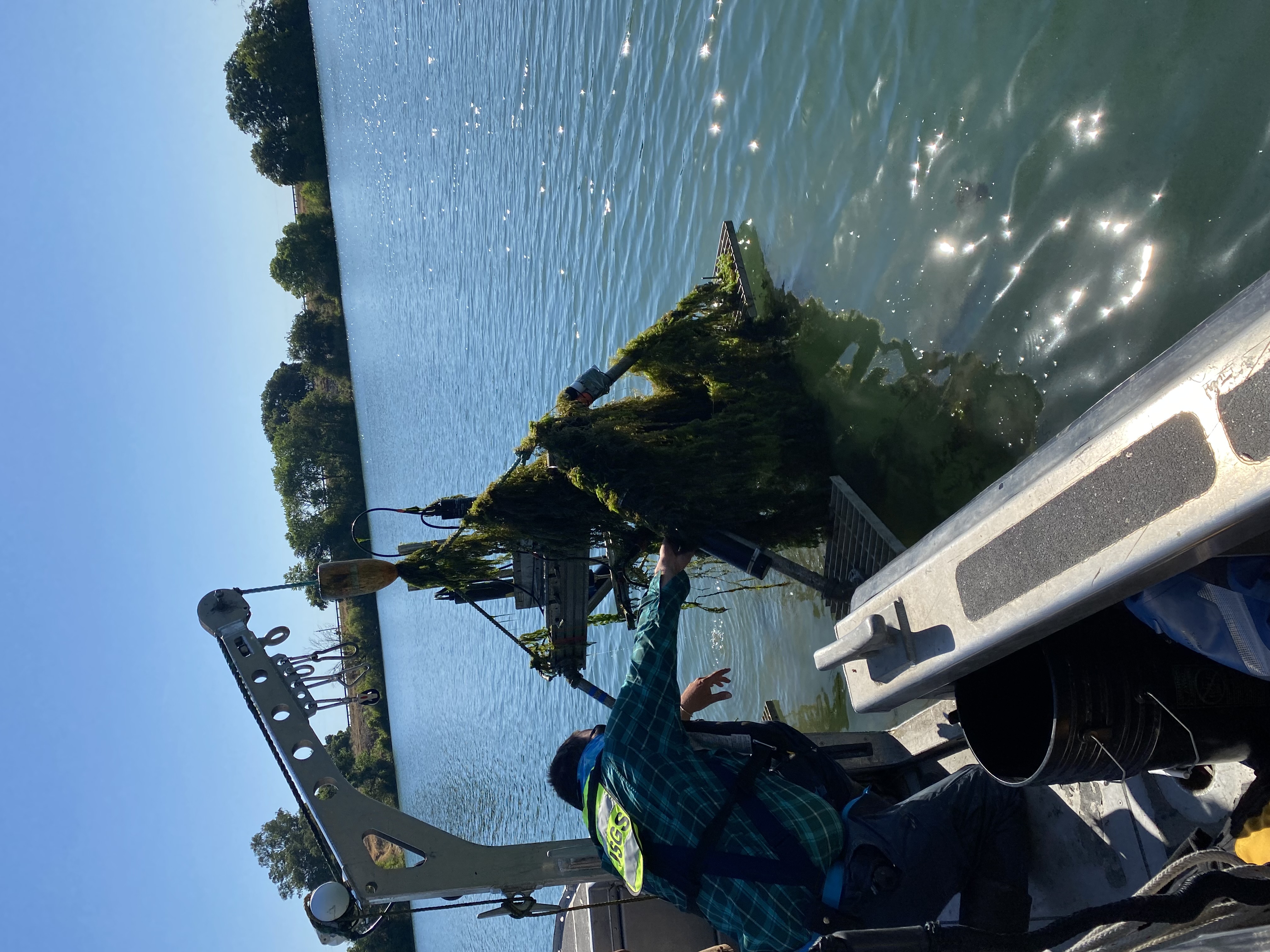 After a long year of delays and restrictions due to COVID-19, the research team finally steps into the field and deploys their equipment.

Dr. Volaric and his team have been working on a 2020 California Sea Grant administered Delta Science Fellowship Program project that examines nitrogen and carbon cycling within the San Francisco Bay-Delta region, both before and after planned 2021 upgrades to the Sacramento Regional Wastewater Treatment Plant (SRWTP). The SRWTP currently represents one of the largest point sources of nitrogen pollution to the Sacrament Bay-Delta region. The upgrades are projected to reduce nitrogen outputs from the plant by approximately 65 percent.

Any excess amount of nutrients that enter an ecosystem can lead to serious problems. Excess nitrogen, in particular, can enhance the growth of harmful algae which can block the light that is needed by plants to grow. When these eventually die, they absorb most of the oxygen in the water column so there is not enough remaining for other organisms.

“Over the past several decades there have been numerous anthropogenic changes to the Sacrament-San Joaquin Delta,” says Dr. Volaric. “These changes are likely to impact the cycling of carbon and nitrogen in the Delta. Our research seeks to measure baseline rates of carbon and nitrogen cycling, with a particular emphasis on benthic (sediment) processes.” By measuring these nitrate (NO3-) and oxygen (O2) fluxes, this project is helping assess the efficacy of this management action. 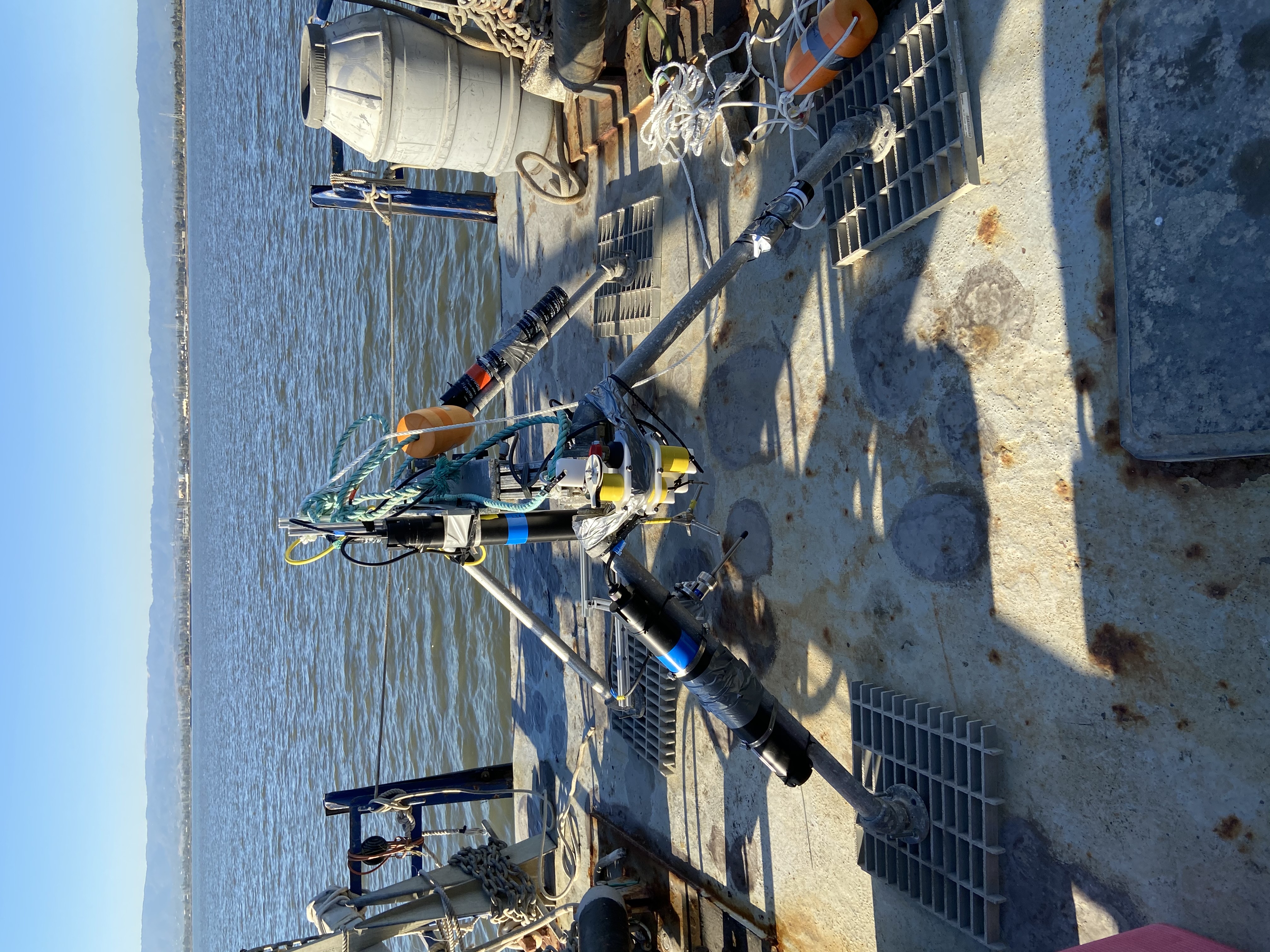 “Despite COVID-19 limitations on field work, we were able to achieve meaningful results during year one of this project,” says Dr. Volaric. “Our work has focused on preexisting data from a USGS sensor array.”

After tackling COVID-19 restrictions and delays, the team was able to deploy their aquatic eddy covariance (AEC) benthic flux system in the Delta this June. This technique measures the exchanges of gas, energy, and momentum between the benthic surface and the overlying water. The USGS added the AEC site to an ongoing project with an established recording chamber, which allowed for not only the AEC to collect oxygen flux information, but also the chamber to record oxygen, nitrate, and ammonium fluxes and contribute to estimates of benthic nitrogen cycling.

The team has only recently begun processing data, but preliminary AEC data suggests surprisingly large benthic fluxes in the Bay-Delta. Aquatic metabolism studies in the Delta often focus on phytoplankton dynamics, due to their position at the base of the Delta food web. However, these preliminary results indicate that benthic processes likely play a dominant role in organic matter production and utilization and must be considered in management decisions.

Dr. Volaric notes one of his favorite aspects of the work has been working with a variety of interesting people. “As a part of the DSFP I have collaborated with researchers from a wide range of institutions, including Stanford University, the San Francisco Estuary Institute, and the United States Geological Survey. Everyone has been extremely knowledgeable and supportive, and I’ve learned a lot from them.”

“During year two we will add a fall oxygen flux deployment in the Sacramento River,” says Dr. Volaric. “We will also estimate nitrogen cycling rates in the Sacramento River using the moored sensor array and a USGS benthic flux chamber. These estimates come after upgrades to the Regional San wastewater treatment plant, allowing us to evaluate their initial efficacy.”

The additional data will be combined with USGS moored sensor data from Freeport and Walnut Grove to better understand the interplay between water column and benthic processes in Delta carbon and nitrogen cycling. All values will then be compared to historical values to quantify the impacts of the SRWTP upgrades.

The team is working diligently on their goal to complete and submit their Delta metabolism manuscript within the second year of the project as well as a second manuscript based on their field work in the Sacramento River. 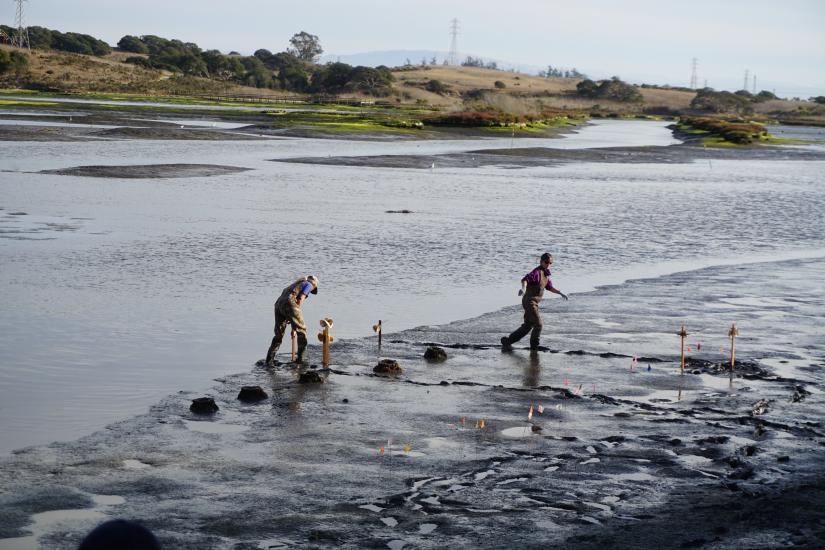 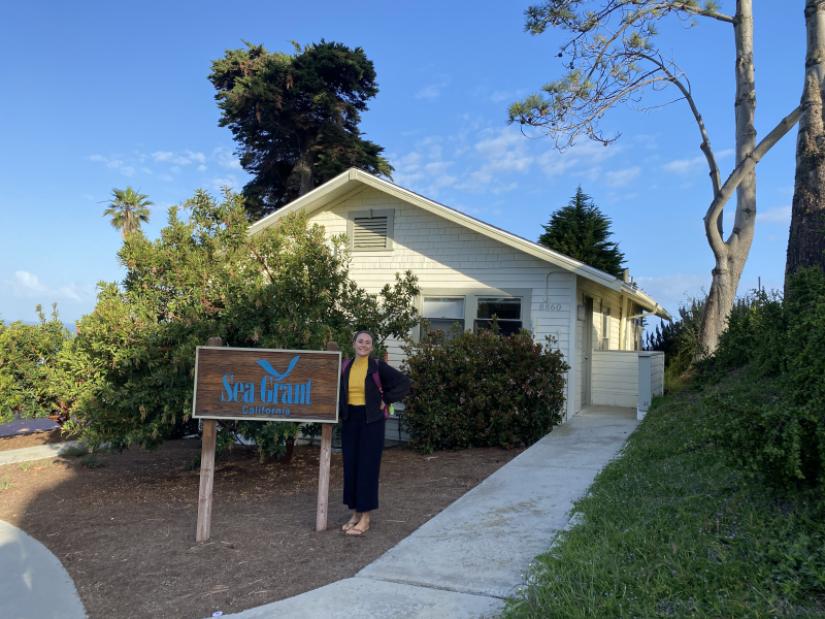