Ecological resilience typically refers to the ability and time for an ecosystem to return to a stable state following a disturbance. There are many other indicators of a resilient and healthy system, but this definition lays the foundation to gauge proper ecosystem structure, function, and stability following perturbations.

Researchers are now considering resilience when trying to understand how vulnerable communities and ecosystems will cope with the impacts of climate change and increasing human impacts.

When you imagine a resilient ecosystem, the Tijuana River Estuary – bordered by both San Diego and Tijuana – may not necessarily come to mind. The region is highly impacted by neighboring urban development which includes over 5 million people and lies within international jurisdiction. However, it is the largest intact wetland ecosystem in Southern California. 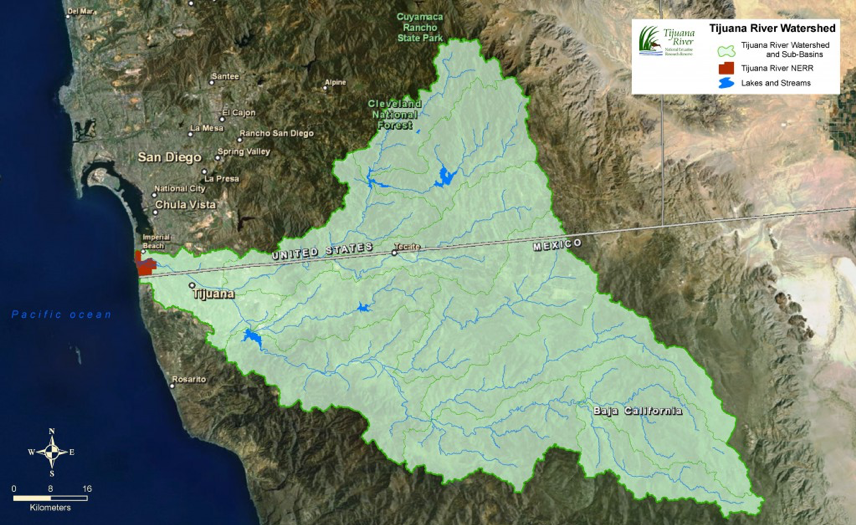 An estuary with extraordinary challenges

The unique binational environment of the Tijuana River Watershed makes the management of this critical environment very tricky. Wetlands support biodiversity, habitat, ecosystem services, carbon sequestration, recreation, and more. The Tijuana Estuary, in particular, is also a major stop along the Pacific Flyway – a location for migratory birds to breed, feed, and overwinter.

Additionally, the Tijuana River Estuary region is also affected by a multitude of issues such as: 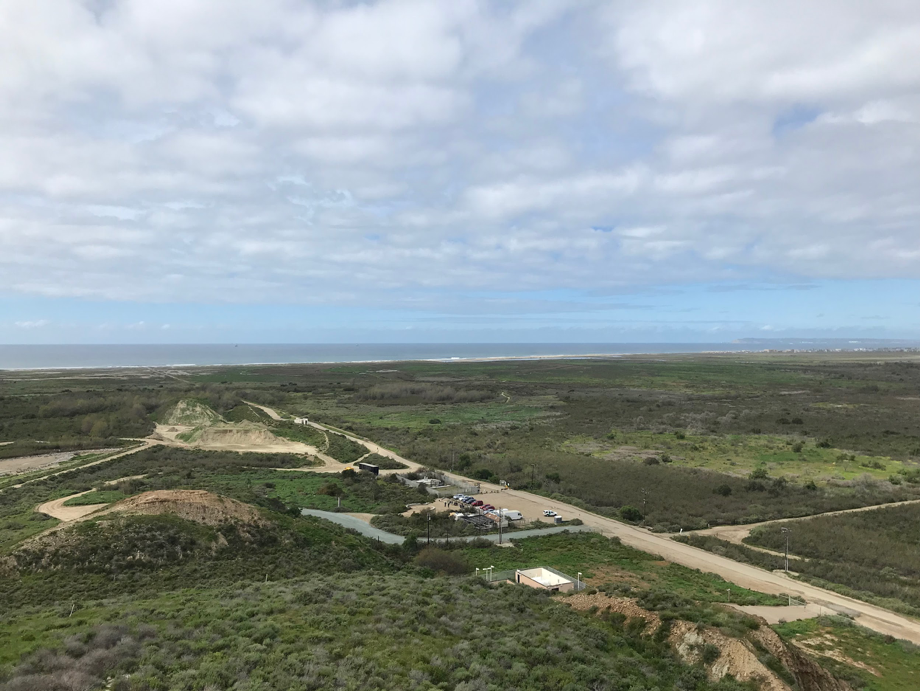 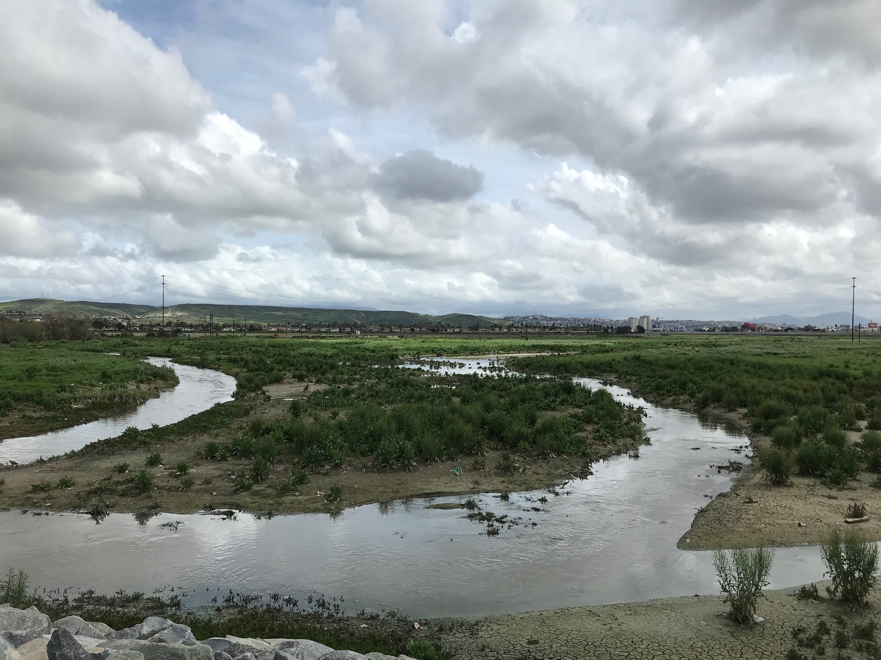 Tijuana River on the Mexican-US border. Untreated sewage is diverted from the failing sewage treatment plant in Tijuana.

Despite all of the adverse scenarios that this ecosystem faces, there are so many vested interests in the Tijuana River Valley. It was designated as a protected area and free from the development of a marina in 1980, all thanks to the hard work and long standing battle of Mike and Patricia McCoy, Imperial Beach locals who fought to protect the Tijuana Estuary. In 1981, NOAA designated this region as a national sanctuary, and it officially became the Tijuana River National Estuarine Research Reserve (TRNERR) in 1982 which included a formal relationship between NOAA and the California Department of Parks and Recreation.

I have had the opportunity to work with TRNERR, one of 29 protected and thoroughly studied estuaries in the nation, during my fellowship with California Sea Grant. Previously, the reserve developed the Climate Understanding and Resilience in the River Valley (CURRV) initiative, a project to maintain and improve resiliency of the estuary and surrounding wetland habitats to understand local vulnerabilities to climate change and develop adaptation strategies. The goal was to address all impacts that threaten the future sustainability of the natural environment and human communities.

CURRV resulted in numerous essential resources and I have helped collate the resiliency efforts by creating a web-based portal geared towards informing key stakeholders like environmental professionals and researchers, state and federal policy makers, and funders. 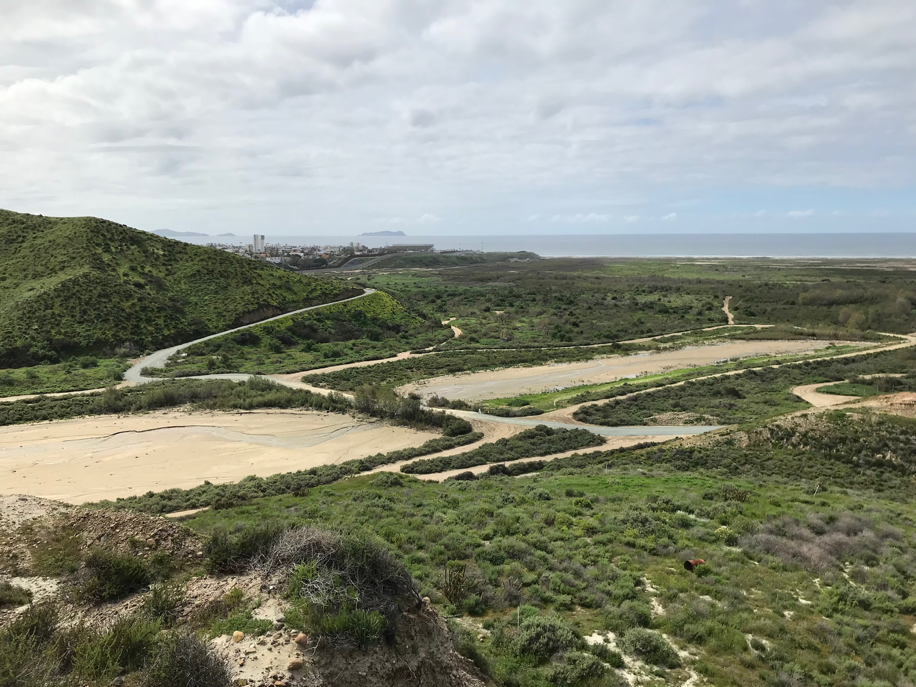 Tijuana in the distance, and sediment basins with trash booms in the foreground.

There are extreme efforts to clean up the Tijuana River Valley and carve a path for a resilient future in this unique ecosystem, which has been possible by the support of TRNERR and other important agencies and organizations that work in this region.

My hope is that with increased adaptation and communication/outreach efforts, this region will be protected, leading to increased resiliency for future generations to enjoy. 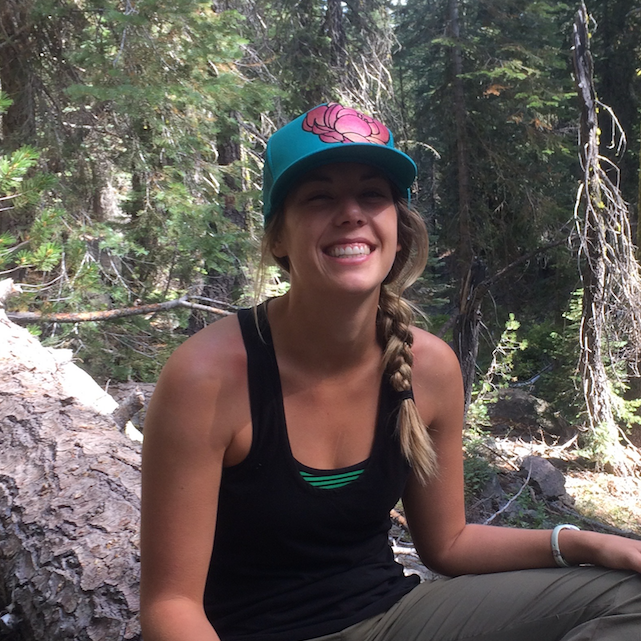