Mateo Robbins: Networks in the Delta 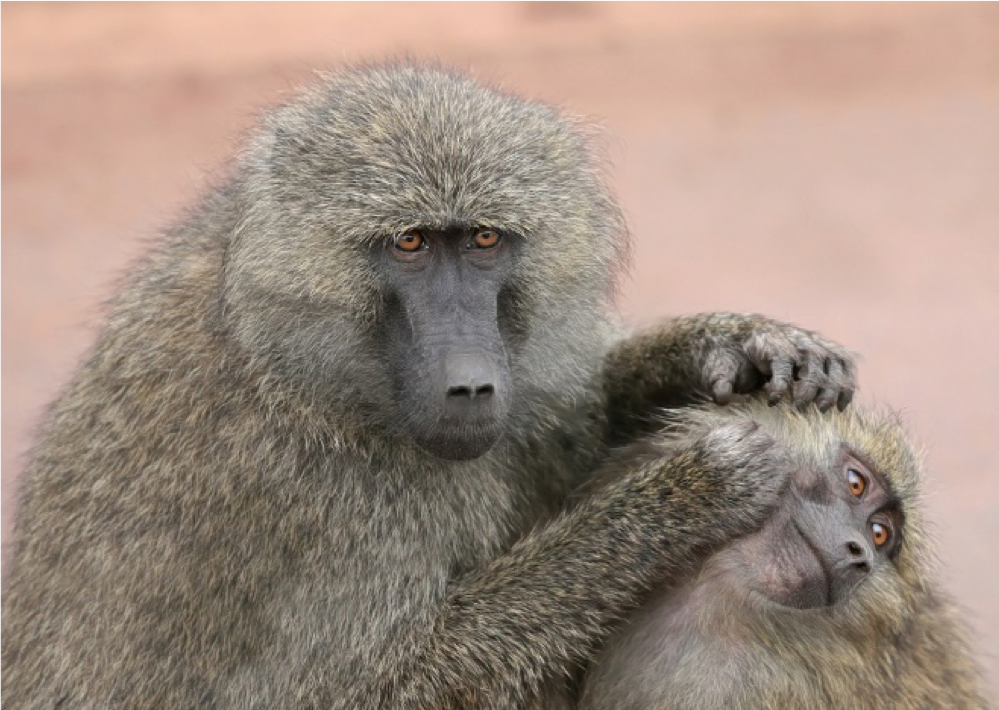 Photo credit: Muhammad Mahdi Karim via WikipediaWhat do a class of kindergarteners, a troop of baboons and the plot of Game of Thrones have in common?

All three involve a collection of social actors (children, monkeys, characters in Westeros) and relationships (friendships, fur grooming behaviors, co-appearance in GoT scenes) among them.

Phenomena that have this type of structure (actors + relationships) can be conceptualized as a network, and they are ubiquitous. Everyone knows about online social media networks like Facebook (“The Social Network”), but let’s think offline for a moment. In the offline world, social networks refer to the social ties that link us to other people including family, friends, co-workers, classmates, a cohort of California Sea Grant State Fellows, Kevin Bacon, etc.

As a fellow in the Delta Stewardship Council’s Delta Science Program, I’ve been using a network model to study the way state and federal government agencies collaborate on science in the Sacramento-San Joaquin River Delta. Each agency studies the Delta system from a different perspective, but effective management of this complex, interdependent system requires a holistic understanding. Accordingly, there are a collection of collaborative science groups where multiple agencies have related to each other through sharing information, coordinating action, and making decisions together about science. But the networks don’t stop there! 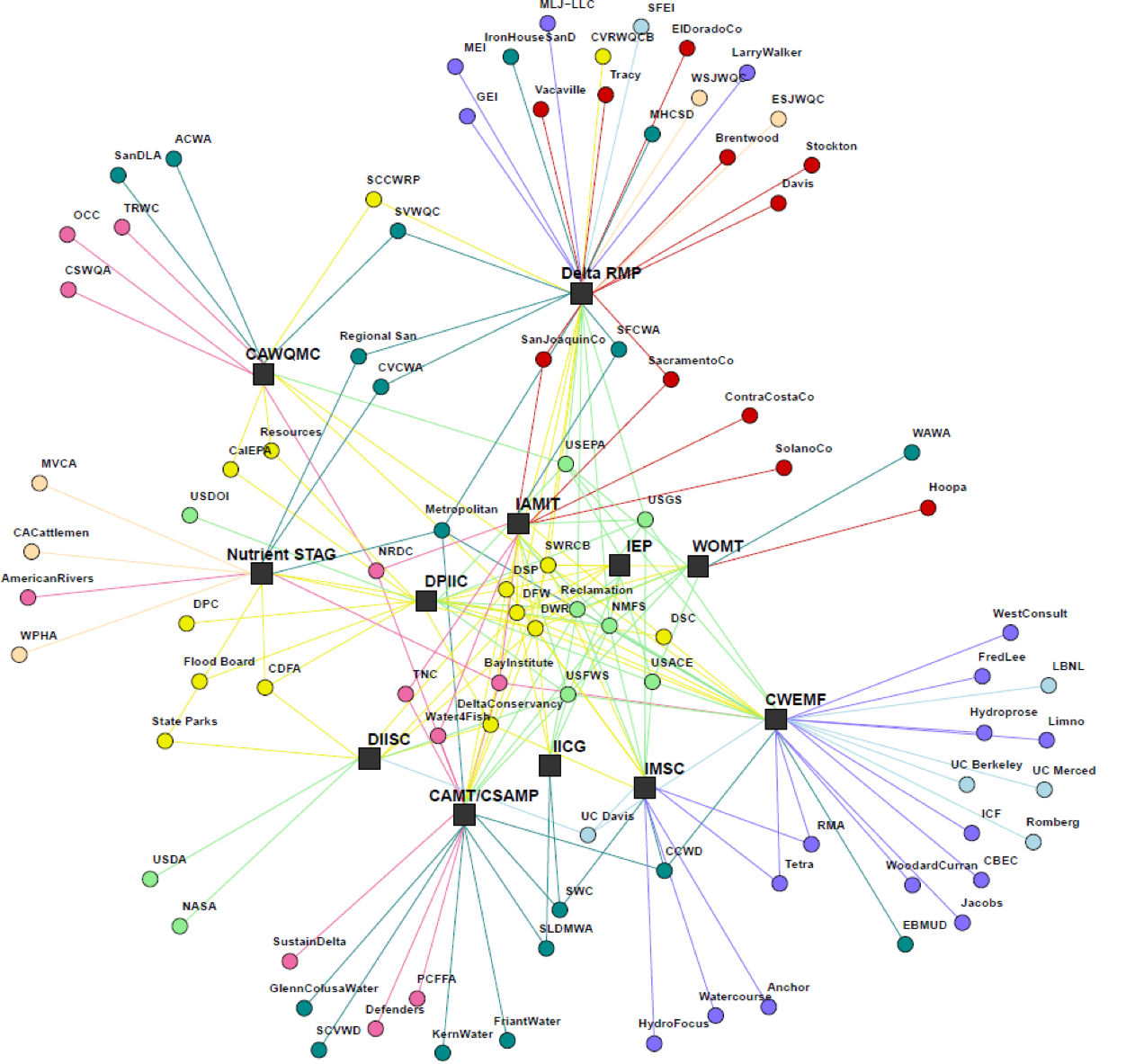 The network of collaborative Delta science groups and participating agencies 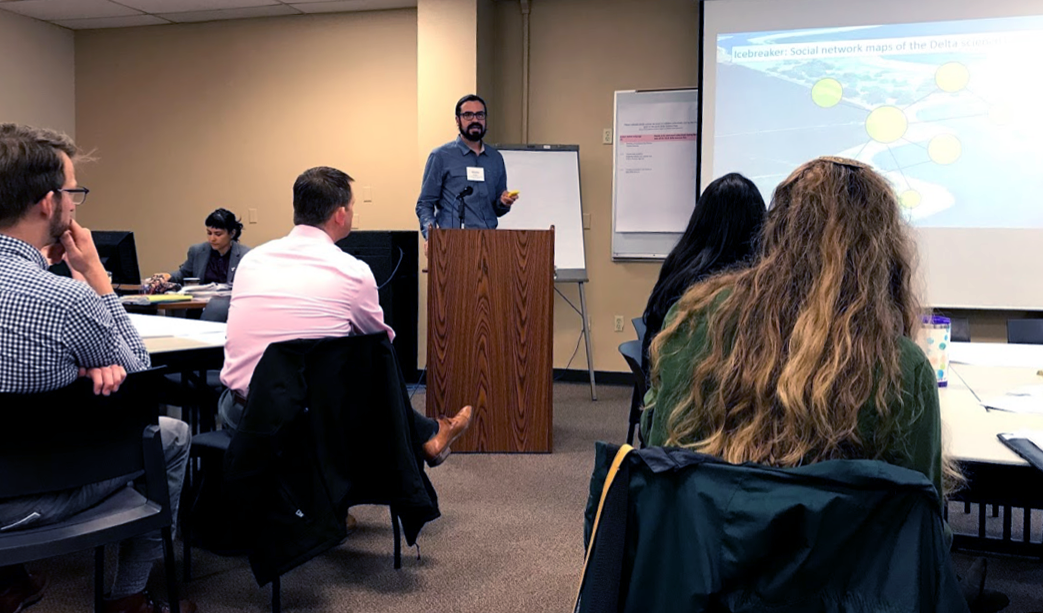 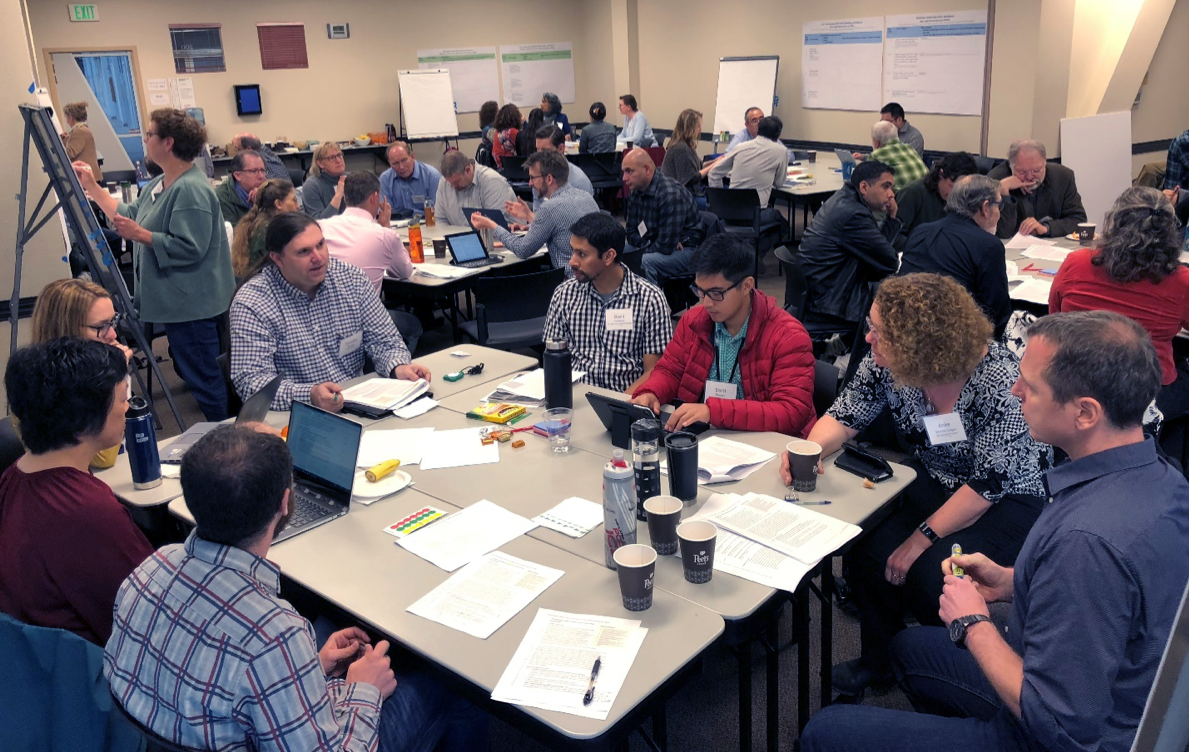 This collaborative network of agencies is intimately connected to and coevolving with the networks of the natural world it studies.

The Sacramento-San Joaquin River Delta is a lynchpin in California’s water system, connecting the snowmelt-filled tributaries flowing out of the Sierras to a series of bays and ultimately the Pacific Ocean. As it moves through the Delta, water is diverted to sustain cities across the state and sustain the crops that make the Central Valley America’s salad bowl. Like information flowing through a group of people, water moves through the Delta via a network of channels. 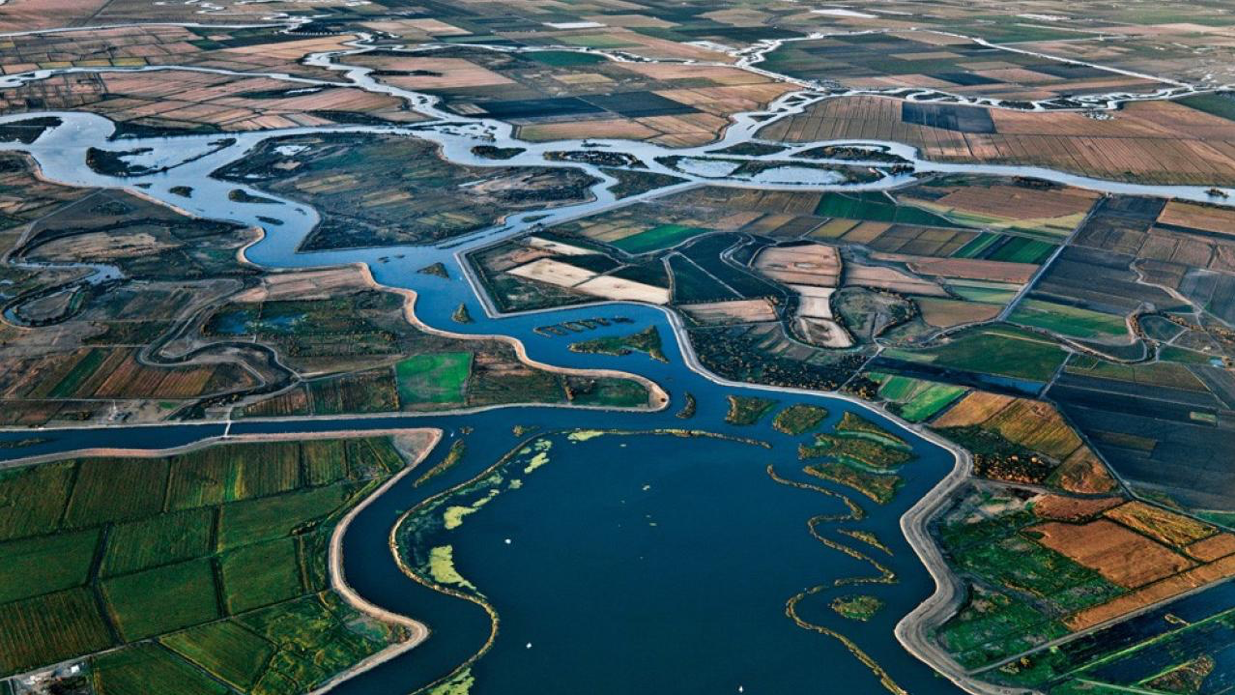 The Delta is a network of more than 1,335 miles of levees that protect more than 800,000 acres of land spread out onto about 50 islands. Photo Credit: Bureau of Reclamation's Mid-Pacific Region

The living organisms in the Delta exist in a complex food web defined by relations between predators and prey. Management decisions about water use and habitat restoration, informed by science, affect the ecological networks Delta, rippling through waterways and cascading down trophic levels. So, too, do changes in the ecological system, such as declines in species abundance, feed back to the social system, requiring changes in management and the organization of the science enterprise.

So the next time you are skiing at Tahoe, gazing out across San Francisco Bay or turning on the tap in your kitchen, think about the vast, interconnected human and natural systems bound together by the water. Think about networks! 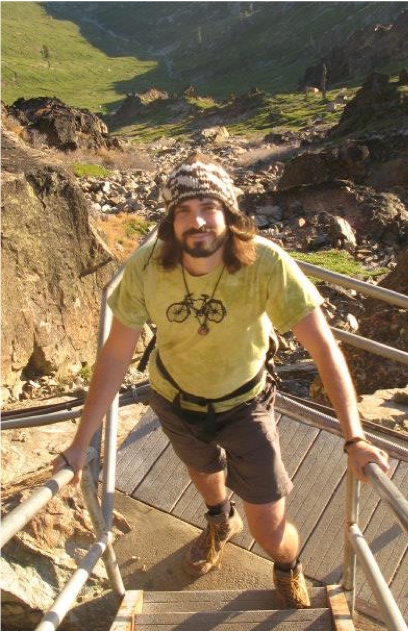