Coho salmon are one of three native anadromous salmonids that remain in the Russian River watershed. Coho populations along the Pacific Coast have been categorized into seven distinct Evolutionary Significant Units (ESUs) and Russian River coho are part of the Central California Coast (CCC) ESU, the southernmost population. As recently as 1952, annual Russian River coho salmon runs were estimated at over 15,000 but by 2000 they were nearly extirpated from the system. CCC coho were listed as a threatened species in 1996 and upgraded to endangered in 2005.

In 2001, the Russian River Coho Salmon Captive Broodstock Program was formed to help restore a sustainable population of native coho salmon to the watershed. Nearly two decades later hundreds of coho are returning every winter. 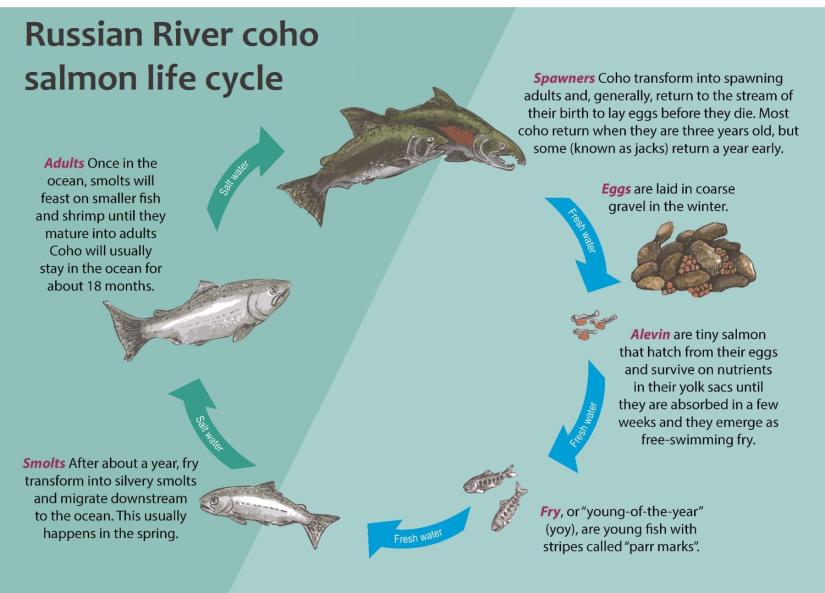