There are hundreds of thousands of recreational fishermen in California, both licensed sport fishermen that fish from shore or boats, and unlicensed fishermen that are allowed to fish from public piers. This large fishing activity across the state is a source of marine debris pollution in the form of lost or discarded fishing line and tackle. The California State Parks Division (CSP) and the California Coastal Commission (CCC) Boating Clean and Green Program (BC&GP) established a California Fishing Line Recycling Program, through which they have distributed fishing line recycling containers at many locations throughout the State. Since the program began in 2009, 280 fishing line recycling stations have been installed, mostly at marinas, fishing piers, and parks. The current bins in operation are doing very well and interest in bins is spreading. The BC&GP is interested in scaling up and expanding participation across the state through increased bin installation. 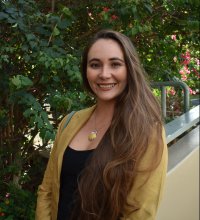