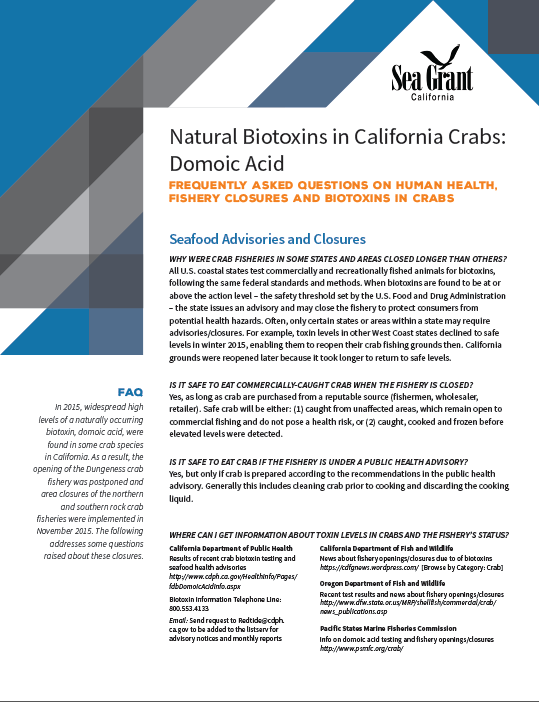 There are few things the Pacific Ocean offers as delicious as fresh caught crab, yet when an unusually large harmful algal bloom took hold in 2015, it brought on a flurry of health advisories and emergency fishery closures in California. Shellfish lovers were in for a tough time keeping track of it all.

That’s why three of California Sea Grant’s Extension Specialists developed a Frequently Asked Questions publication on how to safely enjoy your crab puffs, crab cakes and cracked crab during these events.

“The fishery closures occurred during the holiday season when crab sales are at their peak,” says Culver. “As a result, many people – fishermen and consumers alike – were affected and concerned, and they raised questions about the situation which prompted our development of this FAQ sheet.”

Their questions included where to check for health advisories and how to safely buy and prepare California crab during an advisory.

“If you catch your own crab, it’s important to check for fishery closures or health advisories on the websites we list before you go out,” says Tuburczy. “If you are eating crab, we outline how to make sure you’re buying from a reputable source and following safe preparation guidelines, which generally mean cleaning crab prior to cooking and discarding the cooking liquid.”

Certain harmful algal blooms produce a natural yet toxic byproduct called domoic acid. When shellfish like mussels, scallops, lobsters and crabs feed, domoic acid can concentrate in their bodies until they, in turn, become toxic to humans and some wildlife.

“These blooms undoubtedly will continue to occur. They have been fairly common in some parts of California for the past decade and they are predicted to be more frequent with climate change,” says Culver. “But hopefully this was a case of the 'perfect storm' and they won't be as widespread, intense and persistent as experienced this past year.”

Culver has previously worked with Department of Public Health (DPH) and the Department of Fish and Wildlife to engage citizen scientists in monitoring water quality and seafood species for domoic acid in Southern California. The data they gathered filled in critical information gaps on the areas impacted by harmful algae blooms, allowing DPH to lift a seafood advisory and provide more safe areas for fishing.

California Sea Grant’s consumer FAQ sheet has been updated for re-release in coordination with a technical summary for coastal professionals released this August by the Ocean Science Trust.

Both reports are being shared with the California legislature’s Joint Committee on Fisheries and Aquaculture, which is meeting today to hear progress reports on crab season, domoic acid and disaster declaration. 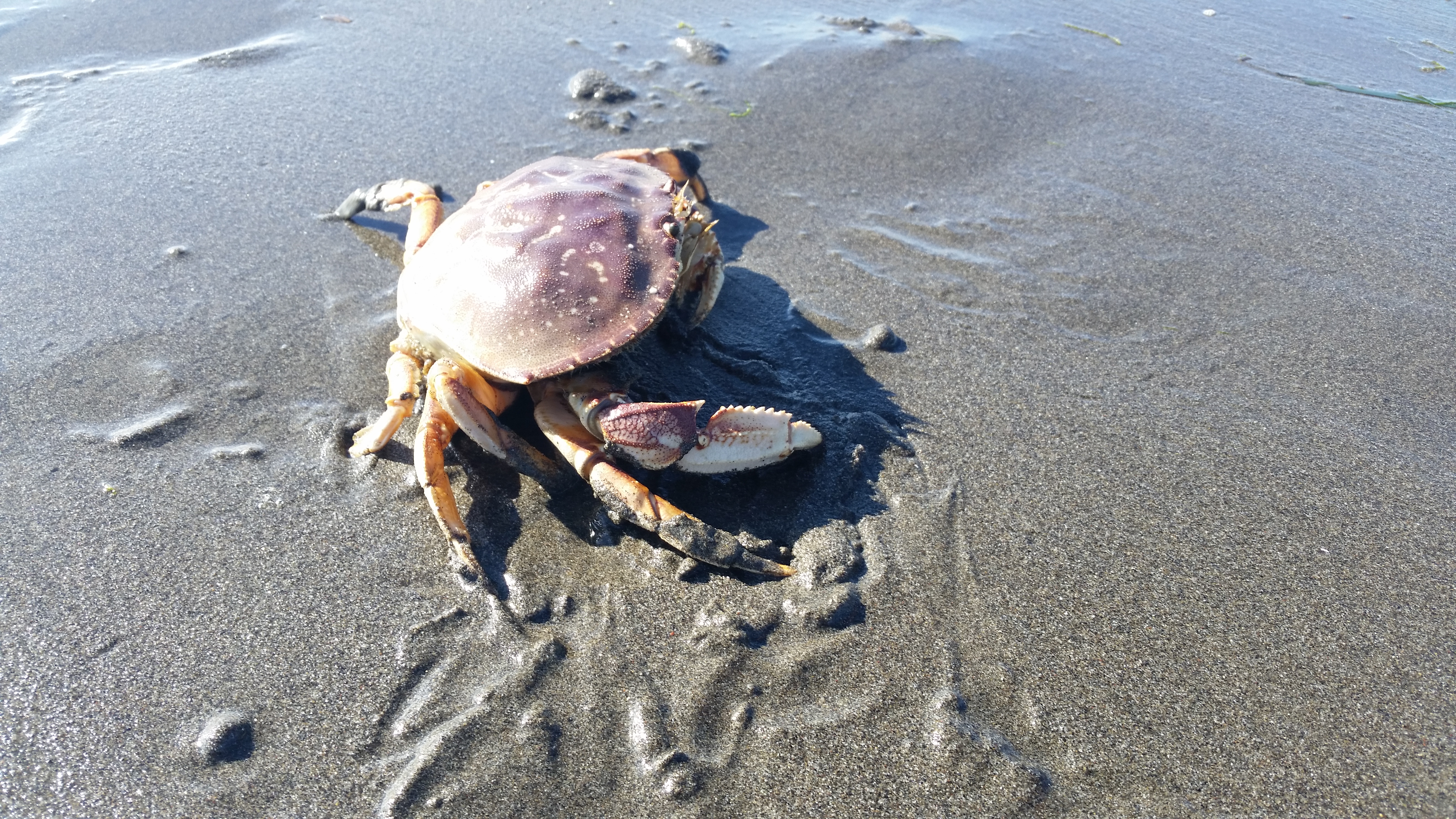