Reef Friendly Aquariums: Behind the scenes

A few years ago we were talking to a colleague, Dr. Susan Williams from UC Davis Bodega Marine Laboratory, about her work in Indonesia. She was working with Indonesian University (Universitas Hasanuddin) researchers, Mars Sustainable Solutions and other members of the Sea Partnership Program (Mitra Bahari), to restore ecosystems and build an alternative economy for small islanders. One of the highlights of this work was “backyard” aquaculture of aquarium fish by islanders, which allowed islanders to have a good income without impacting their already vulnerable reefs. We were fascinated and inspired! 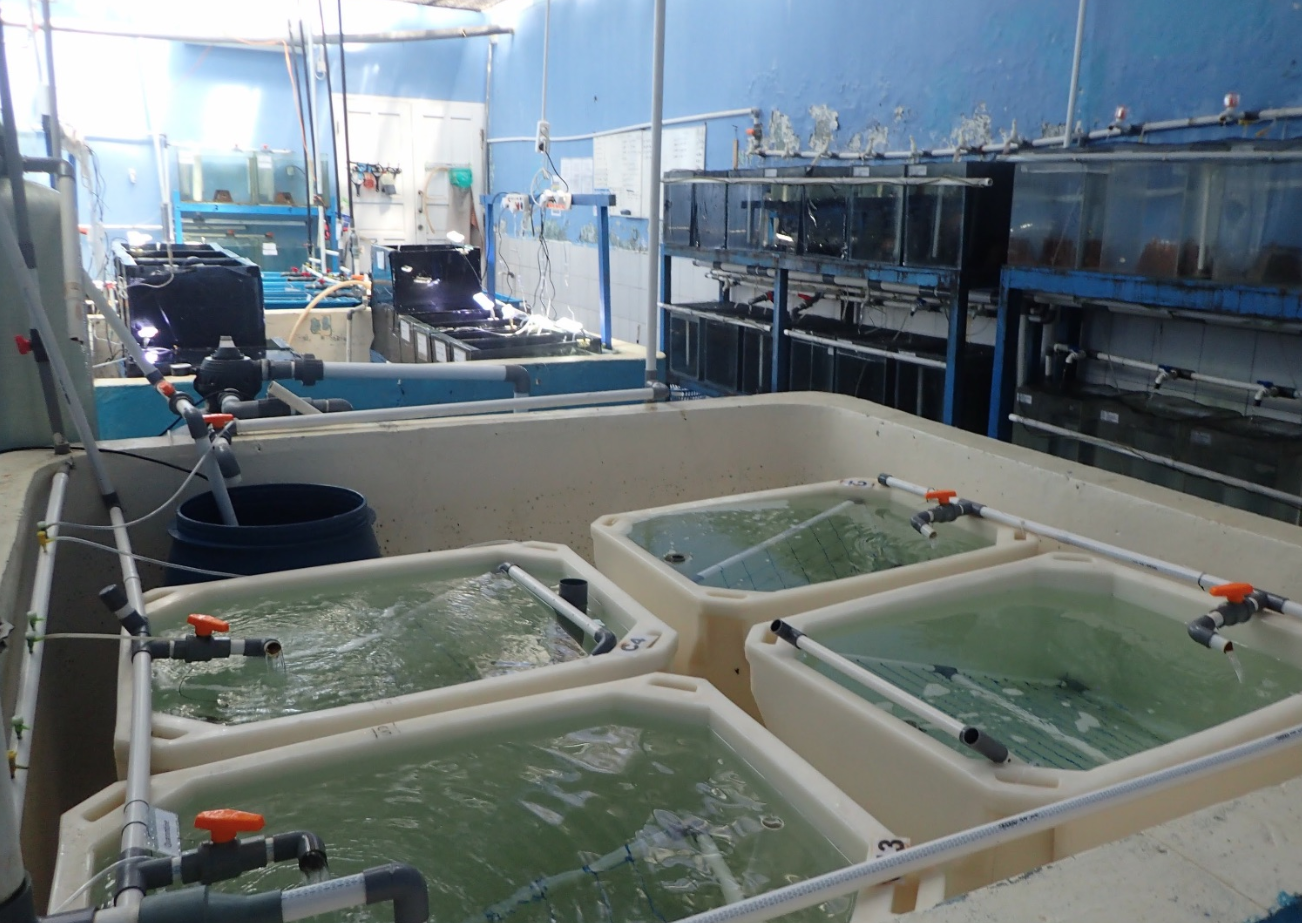 As extension specialists for California Sea Grant we, along with research assistant Marissa Bills, began to explore the world of the aquarium trade. We learned several things. First, nearly all (90%) of imported marine aquarium animals enter the US through California. Second, the vast majority of these aquarium animals are from the coral triangle, mostly Indonesia and the Philippines, where destructive fishing methods are common. And finally, a high percentage of first-time aquarium owners are in the hobby for only six months, often with unintentional high loss of aquarium animals along the way.

Given California’s central role in the aquarium animal trade, and the major role of US consumers as buyers of aquarium animals, we wondered if we could help educate folks about the trade. Specifically, we wanted to share the relatively easy ways that aquarium owners can reduce impacts to the animals and reefs, while also improving the success of new hobbyists.

Dr. Williams, invited us to join her in the Spermonde Islands, Indonesia to learn about the ongoing collaborative backyard aquaculture project. Of course, we accepted her invitation! What marine biologist wouldn’t to go – it is the most biologically diverse ocean region in the world.

Once there – and boy was that a long trip – we were fascinated by the small aquarium animal farms where seahorses and clownfish were being raised. We were impressed by the level of sophistication in these backyard farms. We also visited a government aquaculture facility where they were developing farming techniques for aquarium animals, as well as culturing early life stages of these animals as seed stock for island farms. 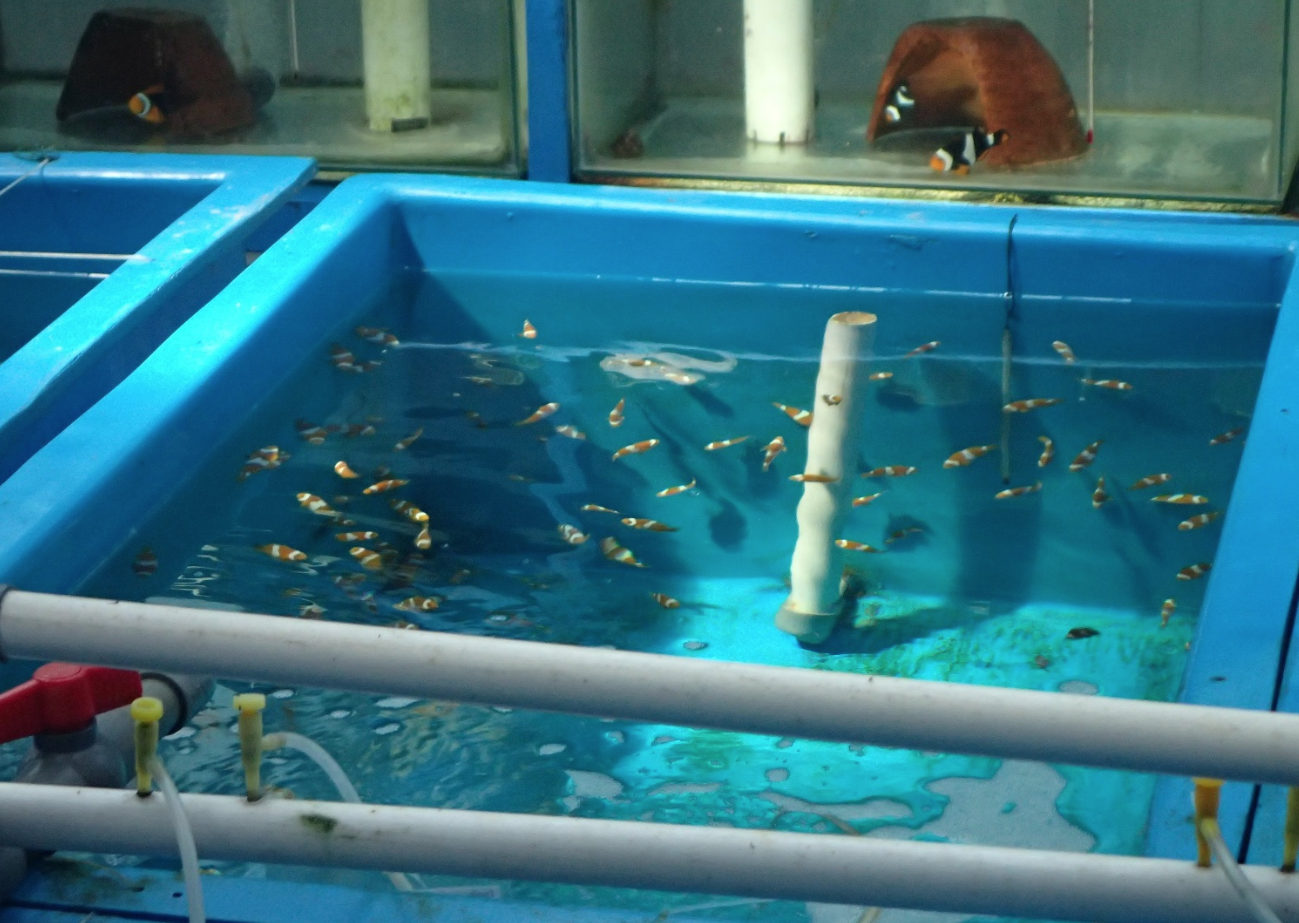 Clownfish raised in an aquaculture facility for the aquarium trade. Credit: Carolynn Culver

During our trip we learned more about the practice of cyanide fishing, which has been banned but still continues. We met with folks at the Indonesian Nature Foundation (LINI) a conservation organization that supports sustainable use of marine resources. We visited their facility where they are training fishermen to use low impact fishing methods and become backyard aquaculturists to supplement their income. The training facility is on land that was provided by one of the large aquarium distributors to help support efforts for a sustainable aquarium fishery in Indonesia. We have since learned about other groups with similar programs in fishing communities throughout Indonesia. It’s important to have a lot of folks work on conservation there given that Indonesia has over 17,000 islands!

Upon returning from our trip we continued to ponder the role of the US and its consumers in the global aquarium trade. Our eyes were opened to the vast amount of information that is available about the aquarium hobby and its impacts. Despite the availability of many resources, we saw a need to synthesize the information, both to support the aquarium hobby and help educate first time hobbyists about things to consider before buying a tank and animals. Both of us have enjoyed aquariums in our home and know they are educational, fun, and aesthetically pleasing. We wanted to help other hobbyists easily access information about ways to keep aquarium animals while protecting the reefs. We decided to create a website that will not only increase the success and enjoyment of marine aquarium hobbyists, but also minimize their impacts on reefs.

And voila – the Reef Friendly Aquariums website was born. 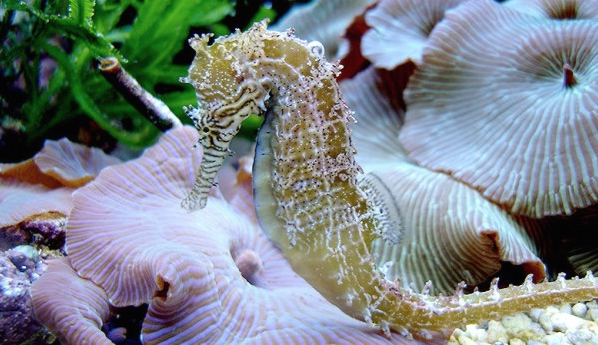