Nearly all of  California’s salmon and steelhead populations have been listed under the California and Federal Endangered Species Acts, due to drastic declines in recent decades. In response, government resource agencies have developed species recovery plans and associated monitoring programs to measure the rate of recovery. The Coastal Monitoring Program (CMP) was designed to document salmonid status on a statewide scale using standardized methods, with data centralized in a statewide database.

Beginning in 2013, Sonoma Water and CA Sea Grant received funds through the California Department of Fish and Wildlife (CDFW) to implement CMP monitoring in the Russian River by documenting coho salmon, steelhead trout and Chinook salmon populations, and their available habitat, throughout the watershed.

Sonoma Water and CA Sea Grant used habitat and fish barrier data from state and federal agencies, evaluated historical records, and consulted with local experts in order to define the geographic extent of all potential salmonid habitat in the Russian River watershed, by species. Survey reaches were created from the resulting "sample frame" in a probabilistic, spatially-dispersed fashion using a generalized random tessellation stratified (GRTS) sample. A subsample of these reaches is surveyed annually and will be used to represent patterns in abundance, productivity, spatial structure and diversity in local salmonid populations.

To assess whether the population distribution is expanding, contracting, or remaining constant, we conduct summer snorkel surveys in about 30% of the coho salmon habitat in the Russian River basin. Between December and April, spawner surveys are conducted on around 30% of all reaches in the coho sample frame. Downstream migrant smolt traps are operated on Willow, Green Valley and Mill creeks.

In addition to the basin-wide monitoring, the CMP calls for more intensive life-cycle monitoring in a representative stream system. The Dry Creek watershed was designated for this in the Russian River watershed, so is the focus of spawner, snorkel and electrofishing surveys, and seasonal smolt trapping. DIDSON and continuous underwater video monitoring, in conjunction with a PIT tag antenna array, allow biologists to generate abundance estimates of smolts leaving, and adults returning to, the watershed. Over time, these estimates should reveal freshwater and marine survival trends that will aid in the development of effective recovery measures. 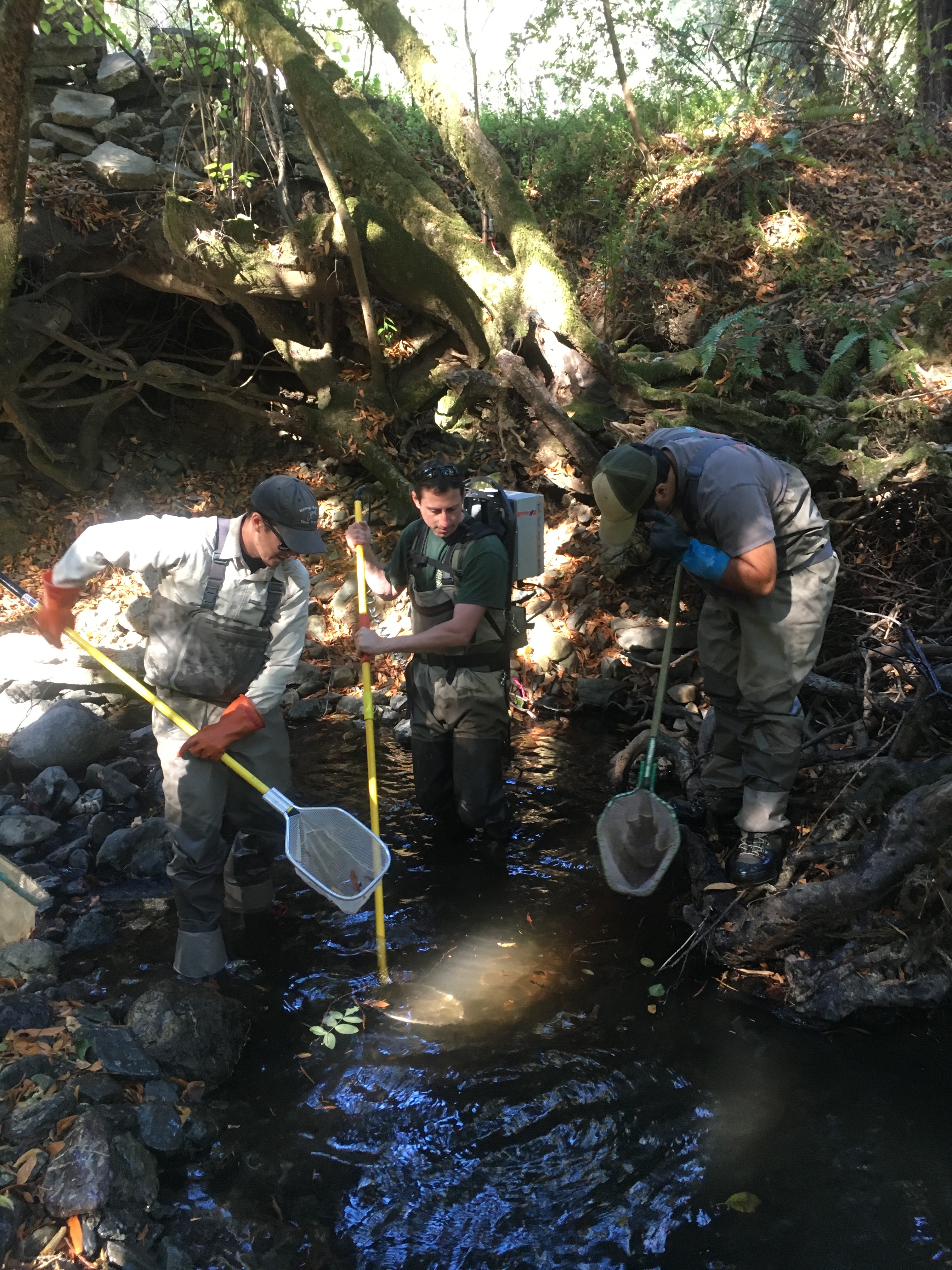 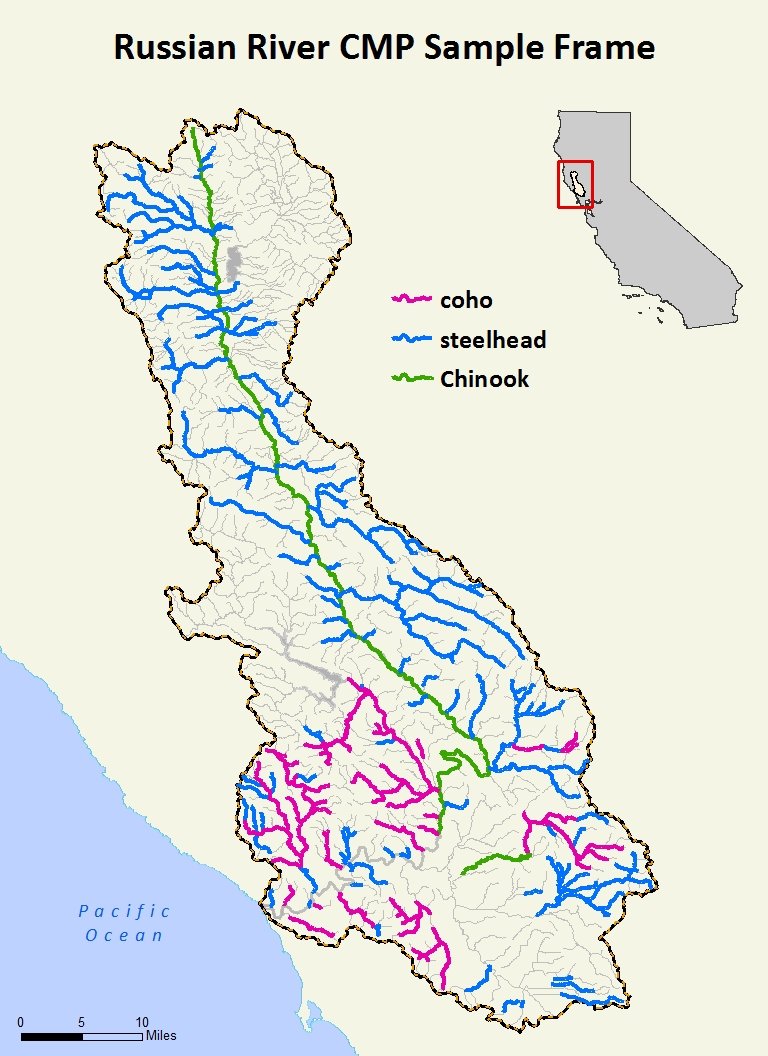 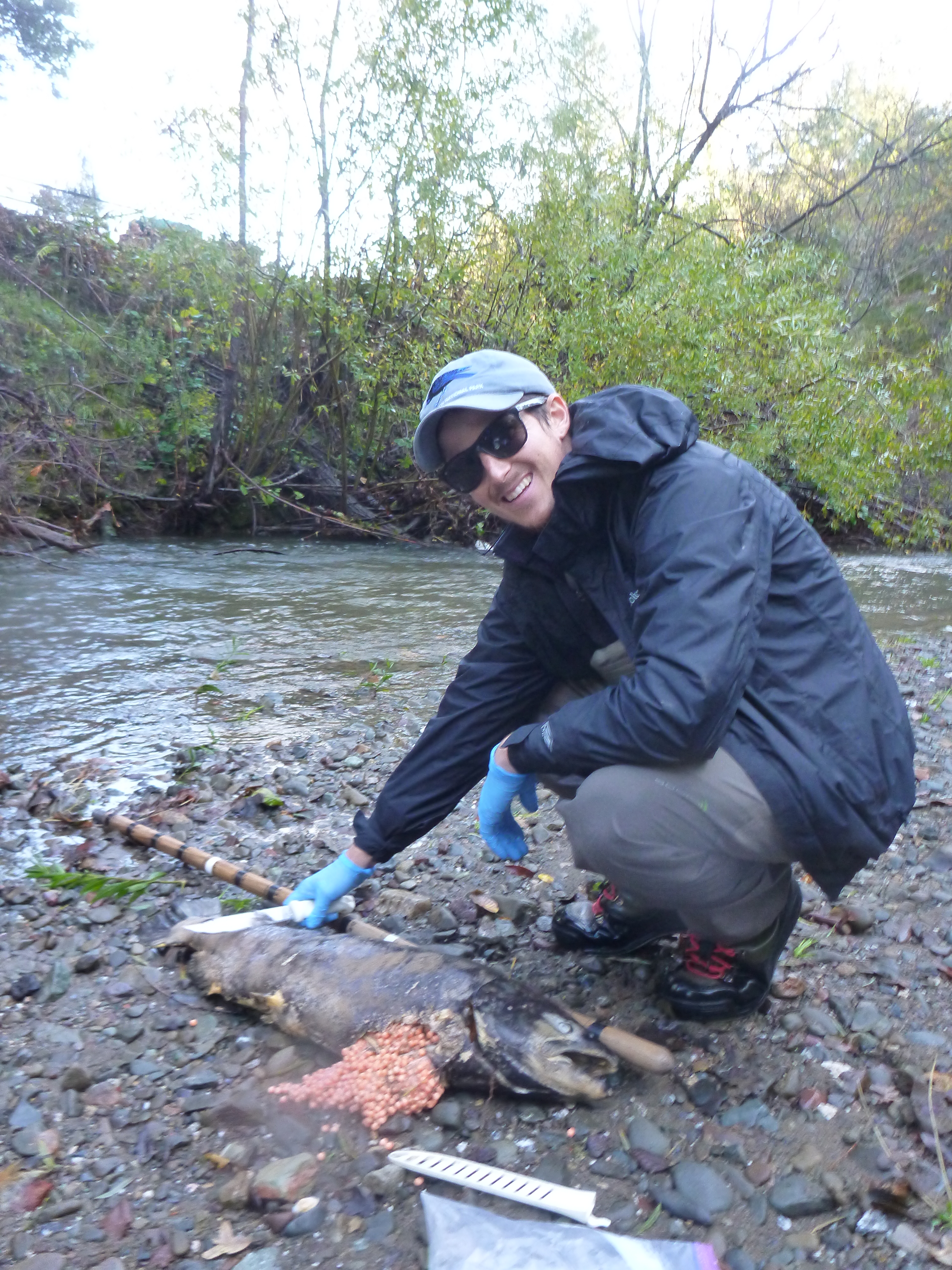 Detailed project results can be found in the 2015-2019 CMP Report. Stream-specific observations from snorkel surveys can also be found on our young-of-the-year monitoring page.