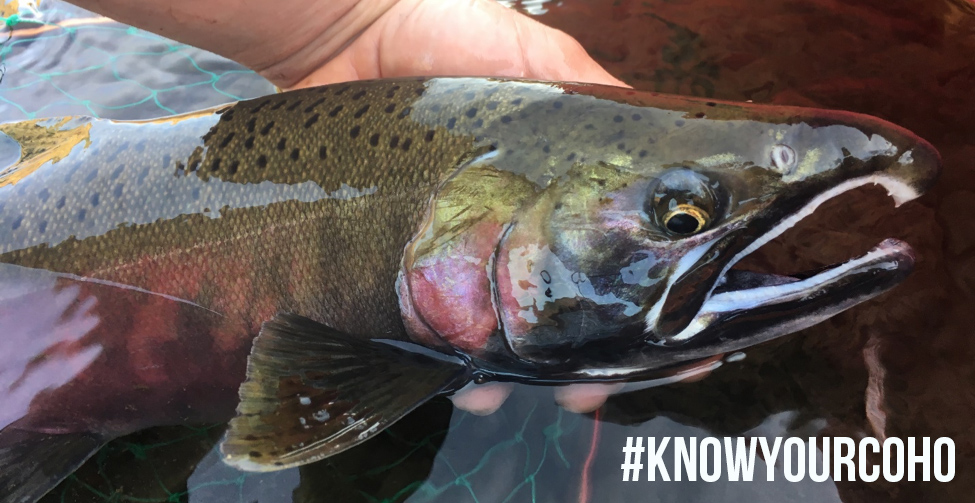 Coho salmon and steelhead primarily spawn in tributaries, smaller creeks that flow into the river, rather than the mainstem of the Russian River. During low rainfall years and early in the season, it is more important than ever to be conscious of the impact of angling on these protected fish.

When there is just enough rain to allow adult fish to enter the river, but not enough water to allow access to their spawning grounds, fish may be forced to hold in the river for weeks, or even months, until the tributaries become open to adult passage.

Concerned anglers will want to know that endangered coho are particularly vulnerable during periods of low flow during their spawning season. Anglers could easily catch one without intending to and, potentially, face penalties associated with harming them. Knowing how to identify coho salmon, steelhead, and Chinook is a critical skill for anyone fishing in the Russian River.

Before you head out to fish, take a moment to review our Russian River salmon species identification guide.

Any time you catch a fish that looks like a salmon or steelhead:

Remember that targeting, harassing, or harming an endangered species is subject to prosecution under the law.

For more information on releasing fish in the best way possible, visit www.keepemwet.org

For more than a  decade, California Sea Grant’s Russian River Salmon and Steelhead Monitoring Program has been conducting broad-scale salmon and steelhead monitoring, along with specialized studies, in order to provide science-based information to all stakeholders involved in the recovery of these critical native species. Our program supports the Russian River Coho Salmon Captive Broodstock Program, the statewide Coastal Monitoring Program, the Russian River Coho Water Resources Partnership, and other salmonid recovery efforts throughout the watershed.