Working with nature: Win-win for the California coast

At Surfers’ Point in Ventura, a dune restoration project has turned a crumbling parking lot into the most-visited beach in Ventura County. Farther north, a shuttered Army airfield near San Francisco was transformed into a tidal marsh that now beckons endangered and threatened species such as the salt marsh harvest mouse, and the California Ridgeway’s rail. At the same time, both projects are helping to reduce erosion and protect the coast from flooding and storm damage which is expected to increase with sea-level rise.

These projects are two of the five highlighted in a new report, Case Studies of Natural Shoreline Infrastructure in Coastal California. The report, led by Jenna Judge, California Sea Grant Postdoctoral Scholar and Coordinator of the San Francisco Bay and Outer Coast NOAA Sentinel Site Cooperative, shows how communities could protect their coastlines against rising seas using methods that enhance or restore naturally resilient ecosystems, rather than pouring concrete. It shows the potential of such natural projects to bring multiple benefits, and highlights key lessons learned that could help other communities implement similar solutions. So why aren’t projects like these already the norm for communities working to protect their coastlines?

“There is a knowledge gap regarding how to use nature-based approaches to protect California shores from sea-level rise,” says Judge. “The go-to approach tends to be hardening the shoreline with rip-rap or seawalls, but these structures can actually make the situation worse, increasing erosion and causing already vulnerable beaches to shrink even more.”

The new report, which Judge led in partnership with The Nature Conservancy, Point Blue, and Environmental Science Associates, lays the groundwork for coastal planners and local elected officials considering alternatives to deal with the impacts of rising seas. It shows that in many cases, natural restoration projects can succeed in not only protecting the coast, but restoring ecosystems, helping bring back endangered species, improving recreation and access opportunities, and supporting coastal economies.

By 2100, sea-level rise and flooding are expected to threaten nearly $100 billion in property along the California coast. However, the impacts will be felt differently in different places: coastal communities have different levels of vulnerability as well as different priorities and resources. In addition, estimates of sea-level rise vary widely along the California coast, with the likely rise by 2100 ranging from as little as 0.1 feet in Crescent City to as much as 3.6 feet in La Jolla according to a recent report by the California Ocean Protection Council.

To provide a broad view of the possible projects that have succeeded in different settings, Judge and colleagues who worked on the report chose the five case studies from a selection of 60 recent projects in California. They span the coast, and capture a range of approaches that fit a variety of coastal settings, both rural and urban, protected and exposed.

“There are no one-size-fits-all solutions. What will work best for a given area depends on the location and many other factors, and people need to consider what is the best fit for these situations,” says Judge.

Judge points out that California already has a wealth of experience in coastal restoration, and that much of this expertise may prove relevant to protecting the coast from sea-level rise. She says, “Some of this has been done with sea level rise in mind, and some not, but we know a lot--we’re not reinventing the wheel.”

The five projects selected for this report span the California coast and represent different coastal settings and corresponding approaches: 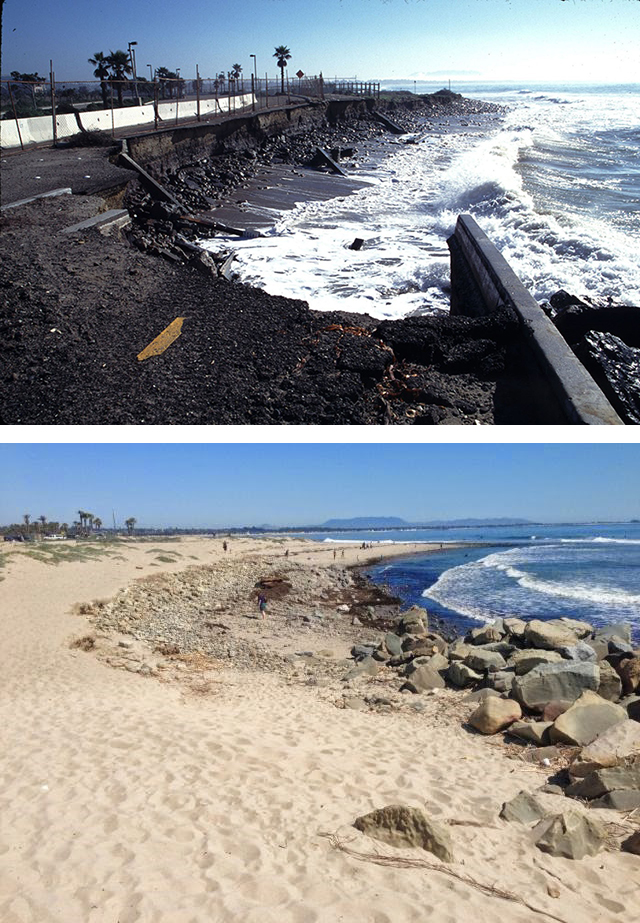