With otters away, what keeps urchins at bay?

California sheephead and spiny lobsters may be helping to control sea urchin populations in Southern California kelp forests, where sea otters — a top urchin predator — have long been missing, according to a new study published in the journal Ecology. The research provides new insight into the complex predator-prey relationships in kelp forests that can be seen in the absence of sea otters.

The study is also the first to experimentally test the relative impact, or rate of feeding, of California sheephead and spiny lobsters in comparison to sea otters, whose historical range spanned from British Columbia, Canada to Baja California, Mexico.

“Healthy kelp forests are important both economically and ecologically along our coast. They act as nurseries and vital habitat for valuable fishery species, recreation sites for kayakers, free divers, and scuba divers, and serve as the base of rocky reef food webs,” says Robert Dunn, who led the study as a Ph.D. candidate at San Diego State University (SDSU) and University of California, Davis, funded by a NMFS-California Sea Grant Fellowship.

Kelp forests rely on the proper balance of herbivory and predation. Sea urchins dwell on the seafloor where they forage on macroalgae, including giant kelp. If their populations are left unchecked by predation, they can decimate kelp forests and prevent kelp from regrowing. That can transform a thriving community of kelp into an oceanic desert, known as an urchin barren.

The relationships between predators and prey vary among communities. Sea urchins have recently decimated kelp forests in Northern California, leaving researchers to wonder why Southern California kelp forests have remained relatively intact without sea otters to control the urchin populations.

Past research has indicated that Marine Protected Areas in Southern California house a diversity of predators, which in turn warrants fewer urchins and abundant kelp. Dunn and his SDSU graduate advisor, Kevin Hovel, set out to better understand the potential for top-down control by two distinct predators in the system — California sheephead and spiny lobsters.

“One of the main things to note about Robert’s research is that he was able to experimentally control, for one of the first times, many factors that allow us to test whether or not these predators have the right amount of influence, whether they can eat fast enough, and if there are enough of these predators within the ecosystem to exert such strong influences on sea urchins,” says Hovel, a professor of biology at the Coastal and Marine Institute at SDSU.

The new findings are in line with concurrent research on an international scale. Dunn said that another recent study in southern Australia “found comparable results that predators and disease seem to be able to control urchins up to a certain density, similar to the number we found, but once urchins get to really high densities, those two factors no longer regulate urchin populations. Since our results are in line with findings on other rocky reefs, we believe this to be solid evidence indicating our results are robust.”

The new research provides valuable information to understand and protect California’s quintessential kelp forests. The researchers note, however, that further research is needed to tease out the complex relationships between sea urchins and their predators.

“These results shed light on a very nuanced relationship, that requires further research on rocky reefs around the globe,” says Dunn. “At the same time, we are already experiencing effects from global climate change, which will have additional consequences for these important ecosystems.”

Throughout his fellowship experience, Dunn has connected with National Marine Fisheries Service (NMFS) researchers and collaborators at UC Davis to follow up on this work utilizing a modeling approach to assess what happens in the absence of fishing for lobsters and urchins in kelp forests. After finalizing his Ph.D., he will be starting a postdoctoral position with Kevin Hovel at SDSU to build on the described study, assessing spiny lobster demographic rates, food web positions, and genetic population structure, also with California Sea Grant funded support. 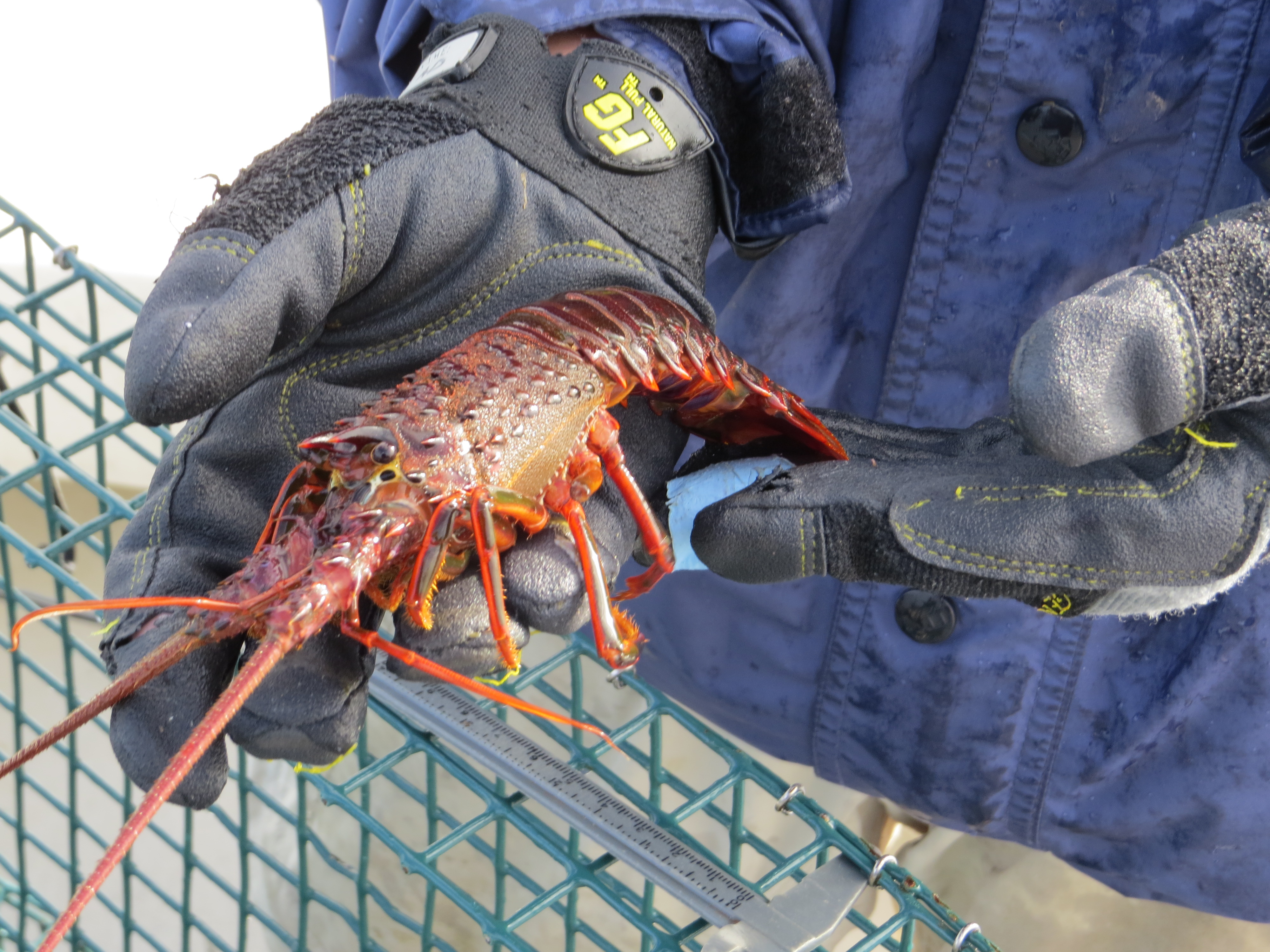 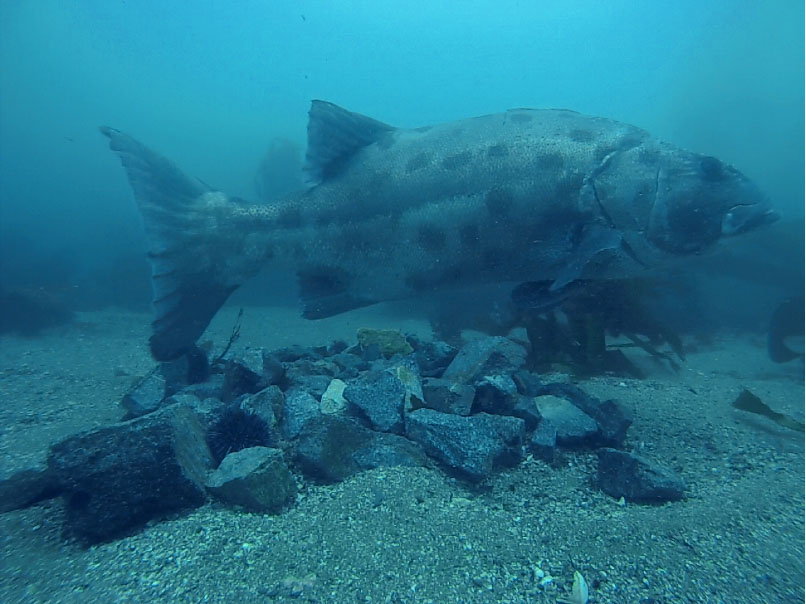 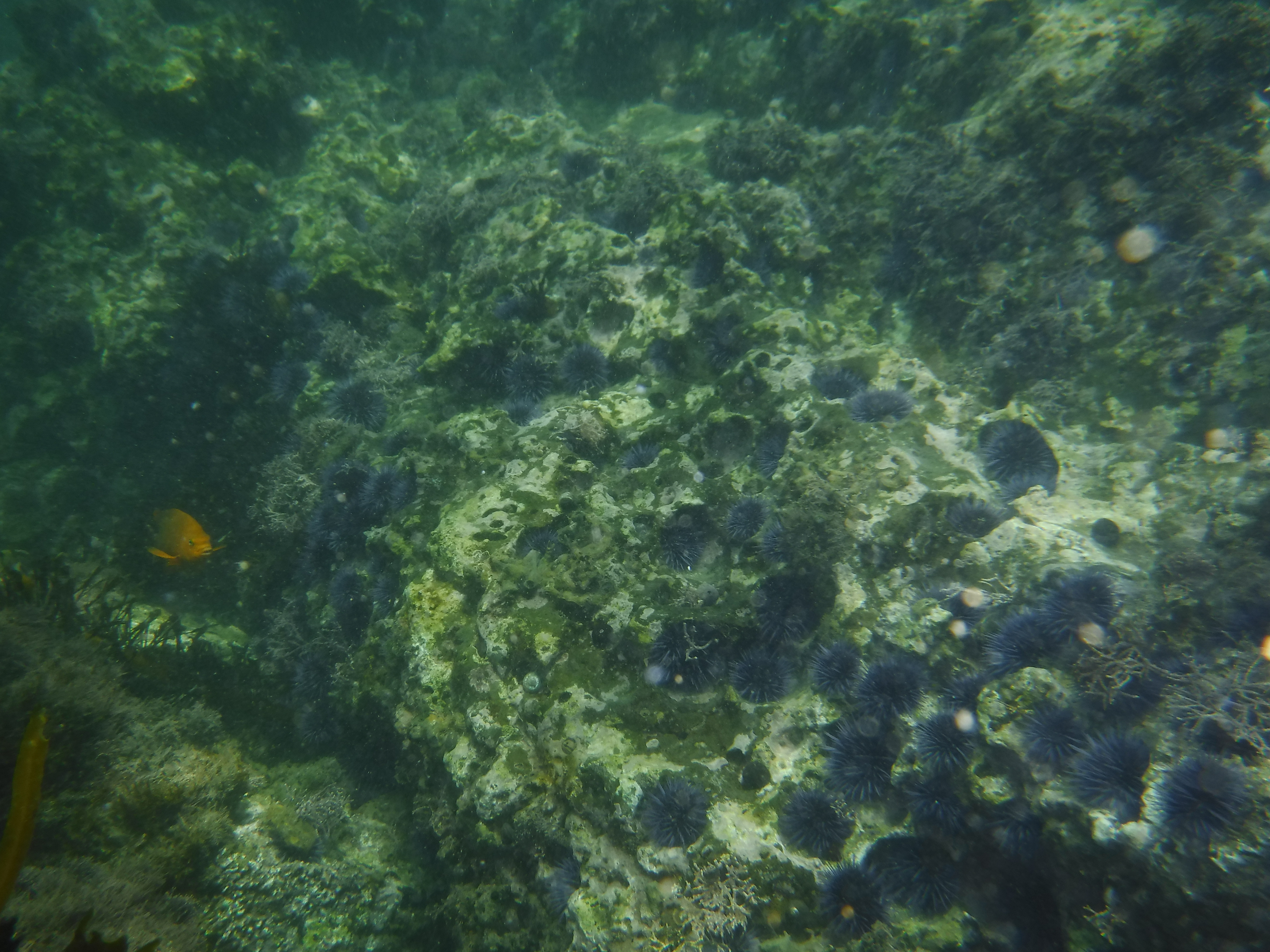 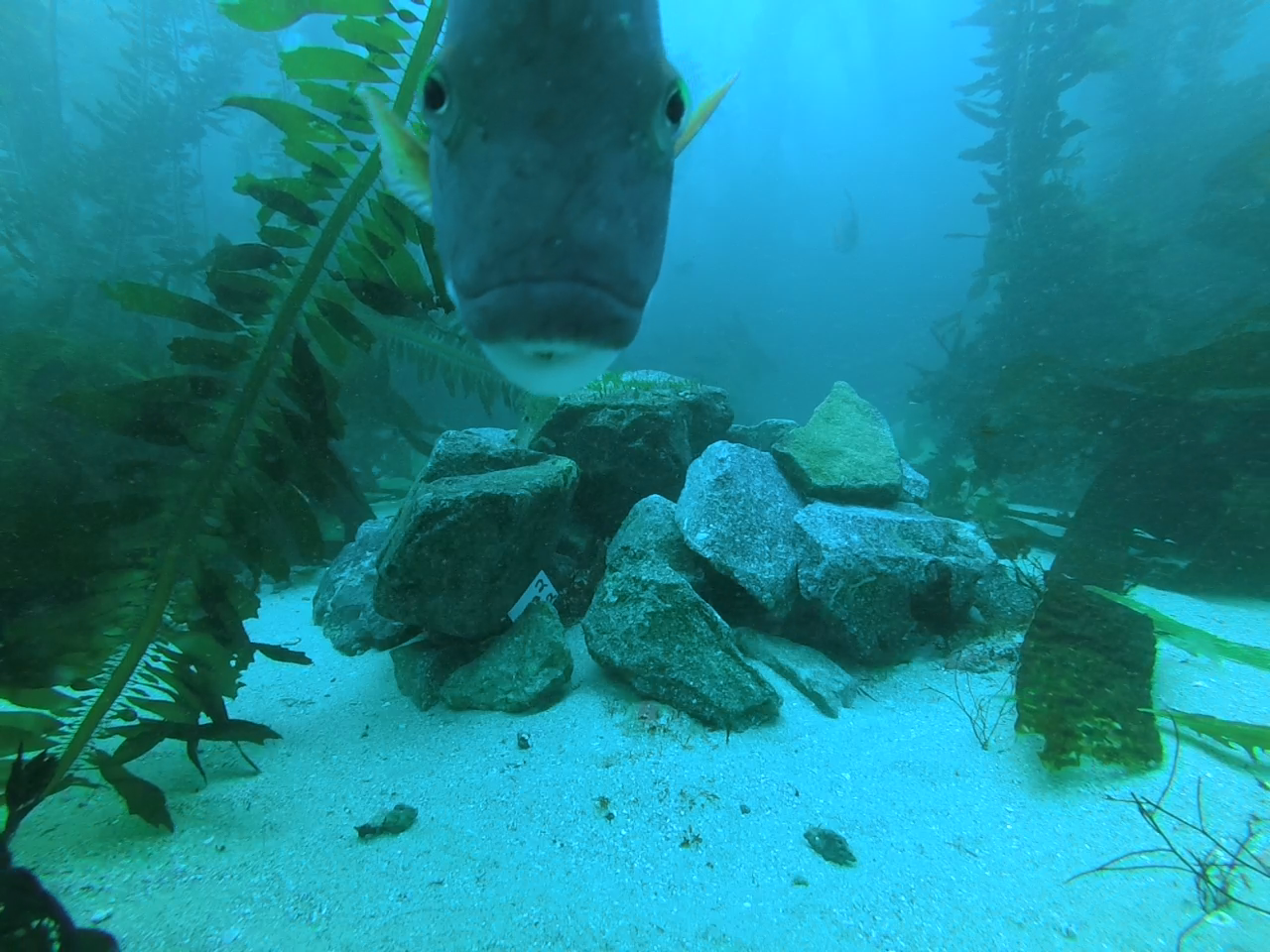 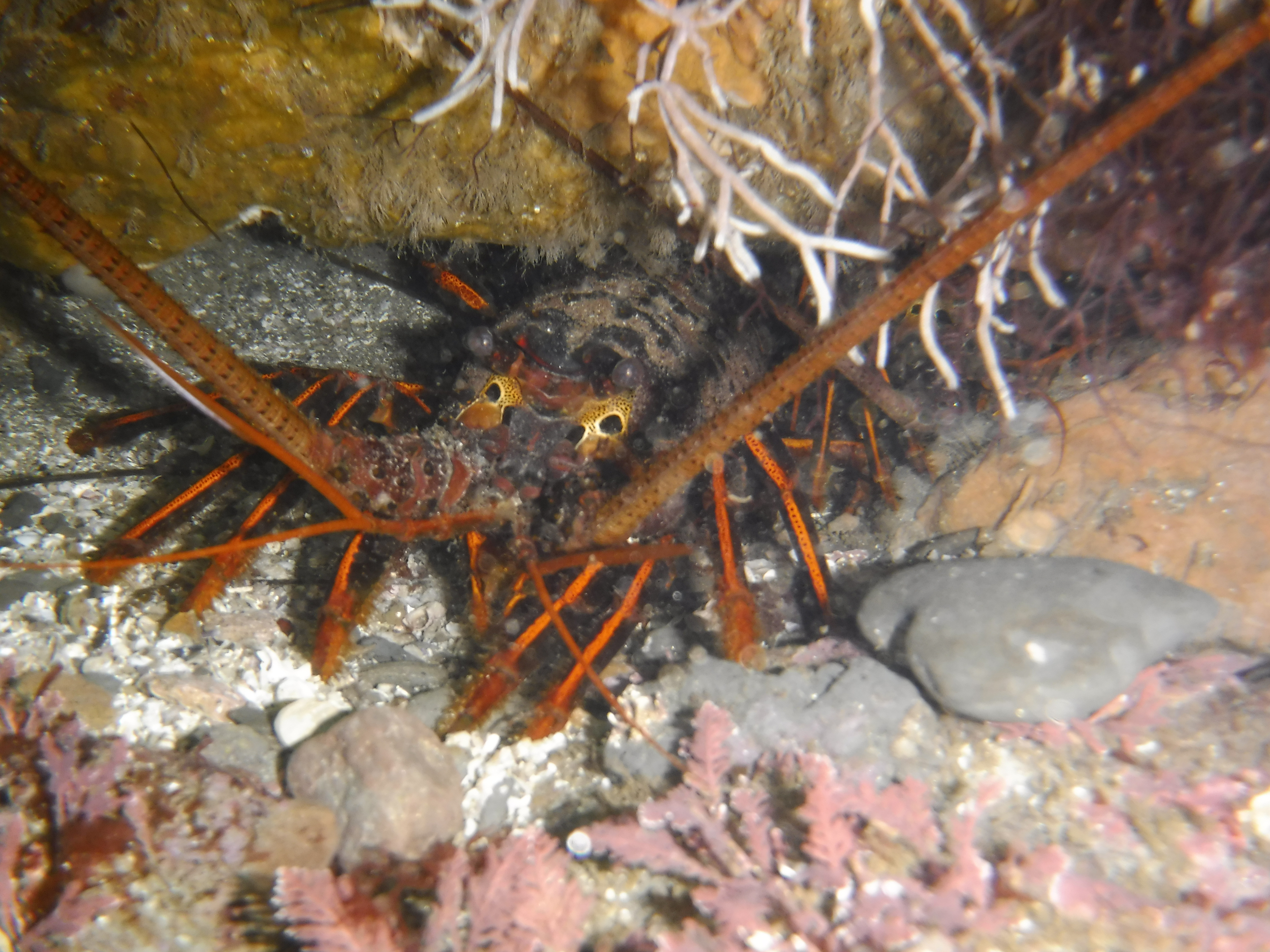