El Niño-influenced storms battering the West Coast won't completely recover California’s water shortage, but they are ending a drought of a different sort. After years of mild weather, this winter is providing the field conditions scientists need to predict California’s future in the face of rising sea levels and increasing storm severity.

California Sea Grant is providing Program Development Awards, designed for rapid disbursement, to scientists tracking the impacts of El Niño this winter. The results will provide critical information to residents, businesses and resource managers along the California coast. Additional resources about El Niño impacts for public and K-12 education are available via USC Sea Grant.

Homeowners and scientists alike have watched ocean waves eat away the foundations of cliff-side homes in Isla Vista for decades. This winter, a team led by researcher Edward Keller of UC Santa Barbara will be tracking El Niño influence on the rate of beach and cliff erosion in Santa Barbara County, where high sea levels and storms are expected to simulate future climate conditions.

“It’s like we’re looking at 250 years of California sea level rise. We’re looking into a crystal ball of what the future will be like,” Keller said. So far, El Niño conditions have raised sea level eight to 12 inches at the project’s seven study sites, which range from coastal cliffs in Isla Vista and open beaches like Goleta Beach Park.

By pairing new and historic high-resolution LiDAR (Light Detection and Ranging) data, Keller’s team will develop a slope change model for sea cliffs to anticipate future erosion impacts. The information will be shared with USGS, and will allow for coastal property owners and urban planners to anticipate infrastructure damage in the future.

Fresh seawater from incoming waves and outflowing streams keeps these habitats healthy for wildlife and residents, but strong waves can shift coastal sands, cutting off an estuary’s connection to the sea. Researchers Eric Stein of Southern California Coastal Water Research Project (SCCWRP) and Sarah Giddings of Scripps Institution of Oceanography at UC San Diego have been using photo monitoring to track how this happens with support from USC-Sea Grant.

With additional funding from CA Sea Grant, the study is continuing through winter to capture El Niño conditions, which have increased baseline sea level in Southern California by eight inches.

“We’re hoping to understand when and why closures happen so that we can either predict them, or [determine] if they’re happening because we armor the coastline,” Giddings said. “Previously, these estuaries could migrate. Now, we have rock jetties.”

Once cut off from the ocean, water circulation in the lagoons shuts down. “You get DO [dissolved oxygen] levels so low that nothing can live. Organisms die. During one of our experiments we saw dead floating crabs, snails and all sorts of things,” Giddings said.

The project’s study sites include San Dieguito Lagoon in Del Mar, the site of an $86 million project to restore 150 acres of wetlands.

Since 2014, researchers Ted Grosholz and Ann Russell of UC Davis have been watching native and commercial oysters in Tomales Bay weather a historic drought. This winter, a Program Development Award has extended their existing project to track the impact of a historic El Niño event.

“We’re able to contrast the drought vs. the El Niño signature,” Russell said. “We’re able to get really strong runoff events and see how oysters perform in terms of growth and survival, and compare that to how they survive in an ocean upwelling event, or in periods where there is little of either.”

Tomales Bay is a long and narrow inlet with freshwater input from the south and ocean waters flowing into the north, providing ideal conditions for the study. The team’s preliminary results suggest that periods of little freshwater inflow, when the bay’s salinity is highest, lead to the most rapid growth of oysters.

Results of this study will allow for better predictions of suitable sites for oyster restoration and aquaculture as storm and ocean conditions change, with significant impacts for California’s $25 million shellfish aquaculture industry. 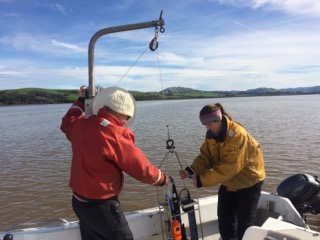 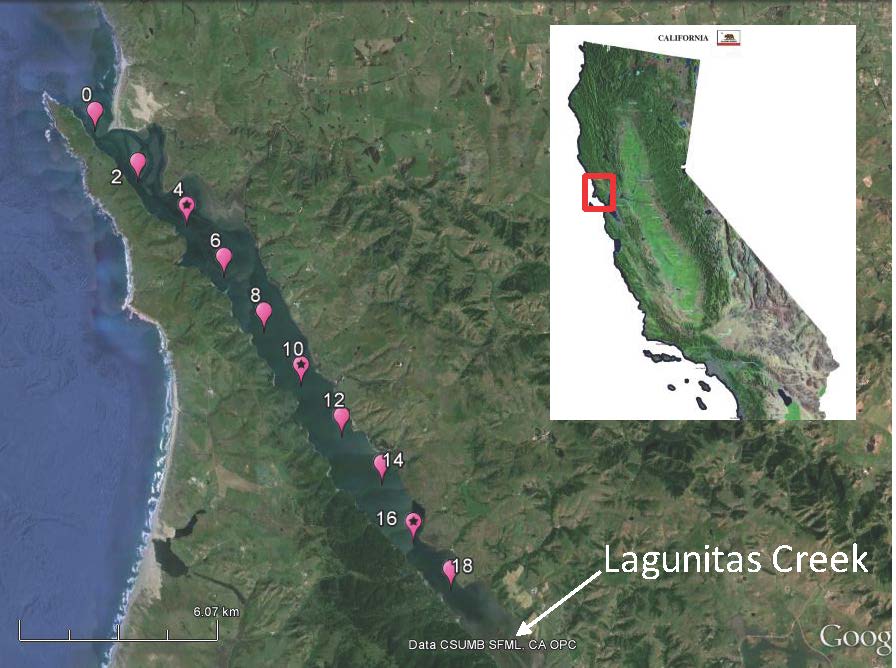 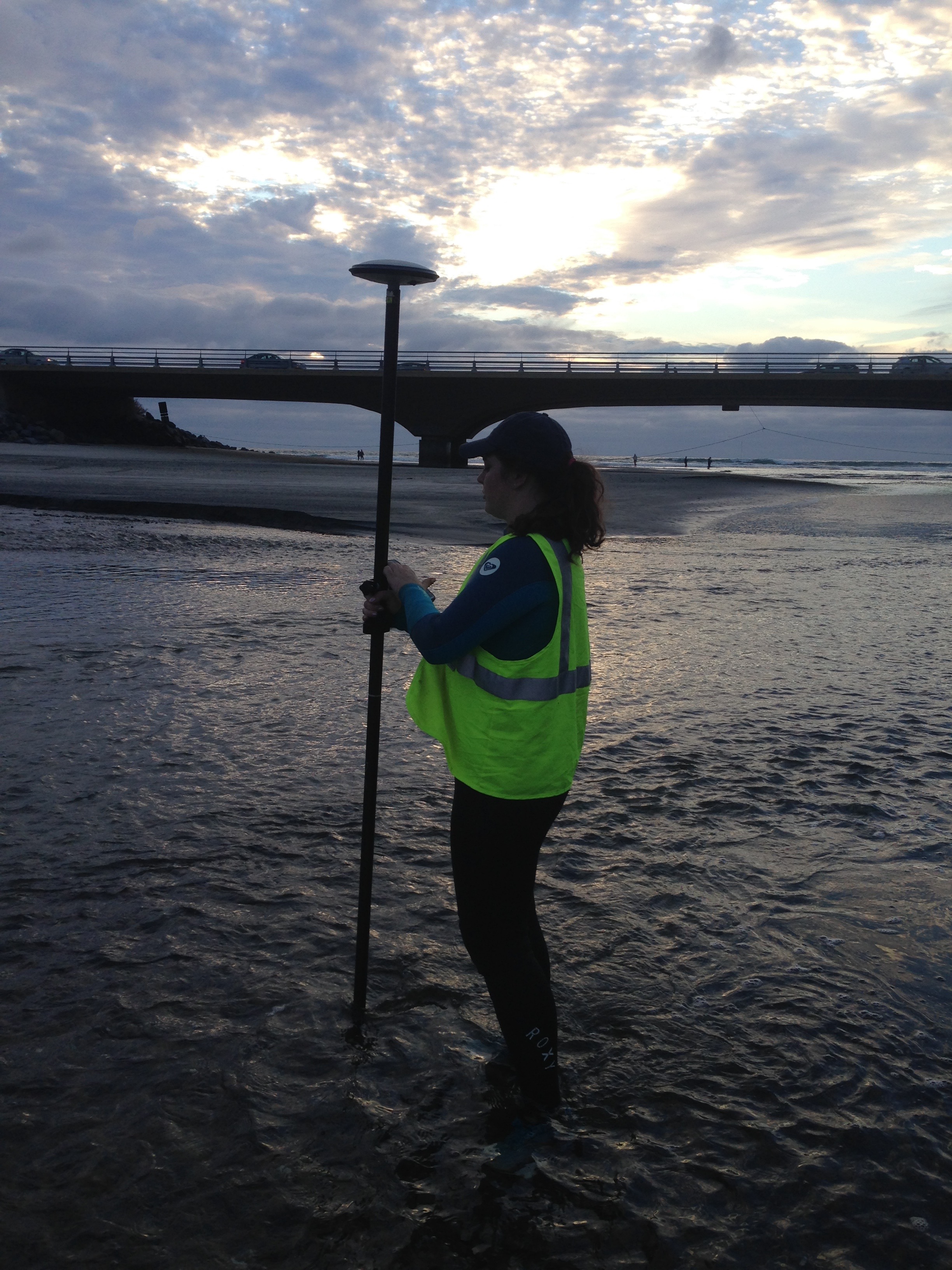