A sea lion rolling its head back and forth, almost as if swaying to music, might actually be dancing in distress to a dirge. This strange behavior, along with spasms, seizures and sometimes death, is often the result of a toxic algal bloom. The neurotoxin to blame is called domoic acid, and it is produced by microalgae called Pseudo-nitzschia, commonly found off the California coast. California Sea Grant recently funded two research projects that are adding to our understanding of how and why these toxic blooms happen.

If ingested in seafood, domoic acid can cause a condition called amnesic shellfish poisoning in humans. Large blooms, like one in 2015, can force local fisheries to close.

Anderson and Smith are both involved in the California Harmful Algal Bloom Monitoring and Alert Program (HABMAP), which provides regular updates on water quality and algal blooms off the coast of California. HABMAP also provides data for the California Harmful Algae Risk Mapping (C-HARM) system, which forecasts domoic acid events, much like a weather forecast. While toxic algal blooms aren’t a new phenomenon, they’ve been increasing in frequency in the last decade. Understanding what drives blooms will help scientists and fisheries managers predict and monitor them with greater accuracy.

What contributes to the blooms?

The effects of domoic acid blooms on marine life and people are well-documented, but scientists still don’t know exactly why they happen in the first place. It’s nearly impossible to differentiate certain types of algae from one another under a microscope, so it can be difficult to determine which species make up the toxic communities. Not all species produce domoic acid, and those that do only produce it some of the time. Scientists are still working to determine what triggers the process. One possible component is the amount and type of available nitrogen the microalgae use to grow.

Iliana Ruiz-Cooley, a marine ecologist at Moss Landing Marine Laboratories, uses stable isotopes — atoms of the same element with different numbers of neutrons and slightly different weights — to study food webs and the diets of marine mammals. She often uses nitrogen stable isotopes and individual amino acids to map out who eats who in marine ecosystems.

Nitrogen is also one of the nutrients that feeds algal blooms. When algae produce domoic acid, the nitrogen they use to grow ends up incorporated into the molecule. Ruiz-Cooley and Anderson partnered with Raphe Kudela, a phytoplankton ecologist at UC Santa Cruz, Robin Dunkin, a marine mammal scientist at UCSC, and John Field, a fish ecologist at NOAA, to trace where algae get their nutrients from and how those elements and domoic acid move through the Monterey Bay food web.

Using nitrogen and carbon stable isotopes, this team of scientists “fingerprint” the nutrients in algae blooms to identify possible sources. They expect to learn whether the bloom used nitrogen derived from natural deep-sea upwelling or nitrogen that flowed to the ocean in wastewater and runoff. These data will help inform an ongoing debate about the extent to which human pollution contributes to domoic acid events. “If the answer is that most of the nitrogen that ends up in the domoic acid is from upwelling, then it's really a natural process,” says Kudela. “If a lot of the domoic acid has a signature suggesting that it's coming from rivers or from wastewater discharge, then there's a pretty clear policy implication that we need to work with the managers and policy-makers to reduce the amount of nitrogen that's getting into the coastal ocean.”

They also use these isotopes to trace how domoic acid moves through food webs. Animal tissues contain different isotope values based on the habitat their food came from, so the researchers can see whether an animal fed mostly on the seafloor or the midwater. The methods are precise enough that the scientists can sample tissue from a stranded sea lion and know whether it was feeding in the Monterey Bay for weeks before stranding.

Knowing where domoic acid is coming from and how it accumulates in the food web will help with monitoring and the management of fisheries and conservation efforts for protected marine mammal species.

The current project focuses on the Monterey Bay, a domoic acid hotspot. But Ruiz-Cooley and collaborators plan to expand the work to other locations and apply the data to forecasting models like C-HARM. “I hope, in the future, we can use this information to help modelers have a better idea about where the domoic acid blooms are, and what nitrogen sources these blooms mainly use,” she says.

Why are some blooms more toxic than others?

USC marine ecologist Carly Kenkel is approaching the issue from a different angle. In an exploratory project, she is using genetic sequencing to examine why some blooms are more toxic than others. “The method hasn’t really been applied to single-celled organisms in the way that I’m trying to do it,” she says. Kenkel wants to use one test to collect information about which species make up the bloom and how much variation exists within a single species. “The point of my study is to try to figure out: can we even do that? And if we can, how much does that tell us about variation in natural bloom events?”

To test the accuracy of the sequencing method, Kenkel, Jayme Smith, and collaborators took cultures of algae and created artificial blooms. “We mixed them together in certain proportions to try to recreate scenarios we might see doing a bloom event,” she says. “We’re trying to replicate natural conditions down to the number of cells that would be filtered from the water during real-time monitoring of a bloom.” She can then sequence those communities and compare her results with samples that have been genotyped using a more standard method.

If Kenkel finds a strong correlation between genetics and bloom toxicity, she says she would want to develop predictive tests that allow researchers to say, “maybe we could expect a harmful bloom if these genetic variants are present.”

The COVID-19 pandemic put sequencing on hold, but when possible, Kenkel plans to move on from lab-created communities to testing samples collected from the Newport Pier area. “I’m really excited to apply the method to natural samples,” she says.

Are all algae dangerous?

Algae blooms can be dangerous for marine life and sometimes even people, but these tiny organisms aren’t all bad. “A small subset of algae produce toxins, but the vast majority are extremely beneficial to the food web and extremely beneficial to humans,” says Jayme Smith. Algae makes up the base of the marine food web and “globally, about 50% of the world’s oxygen comes from phytoplankton photosynthesis.” Smith likes to think of the bumper sticker If you can read, thank a teacher: “If you can breathe, thank a plankton.” 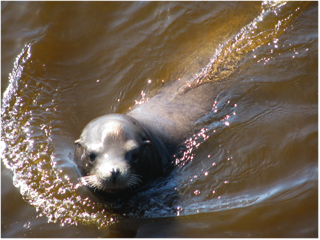 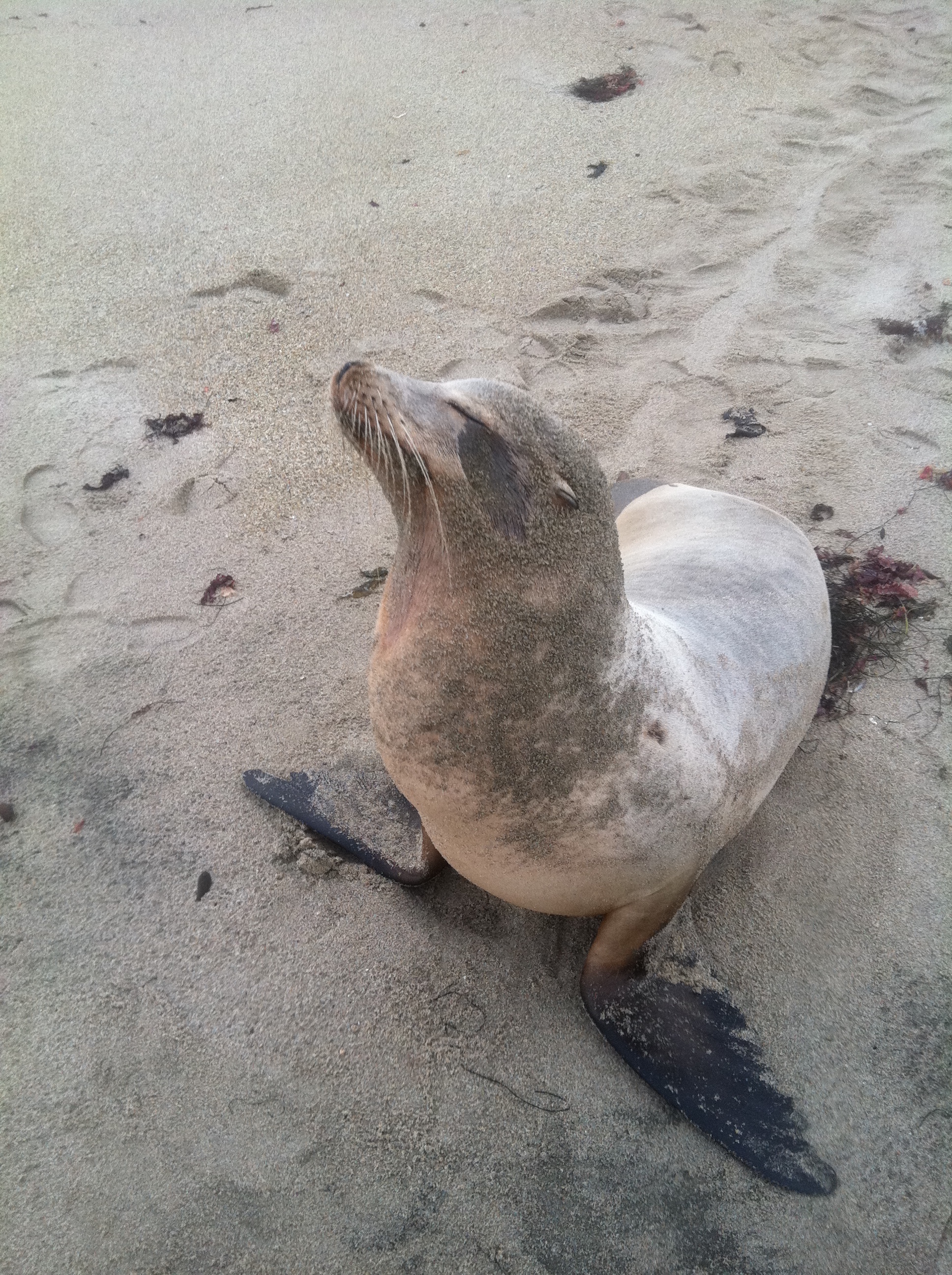 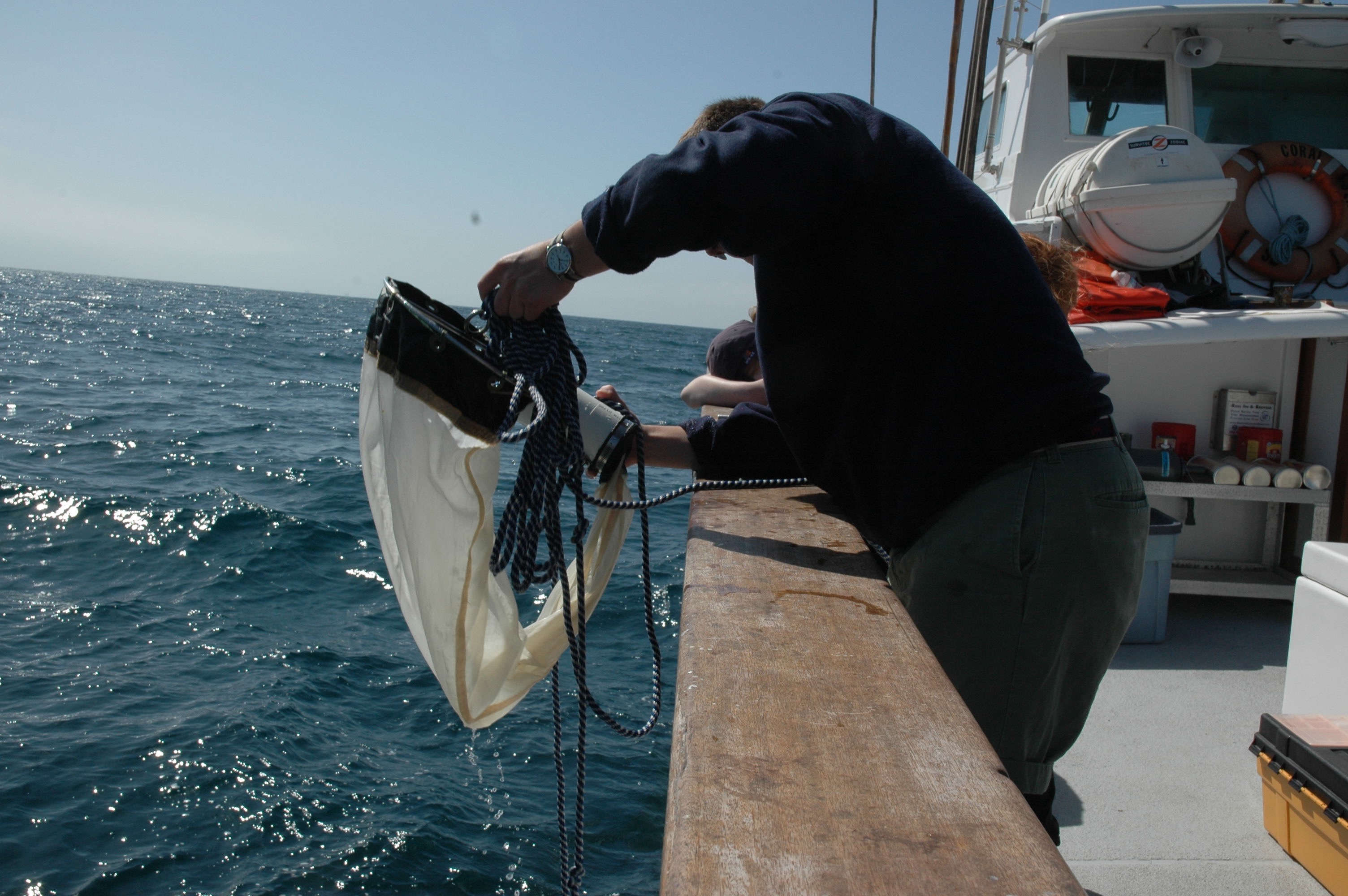 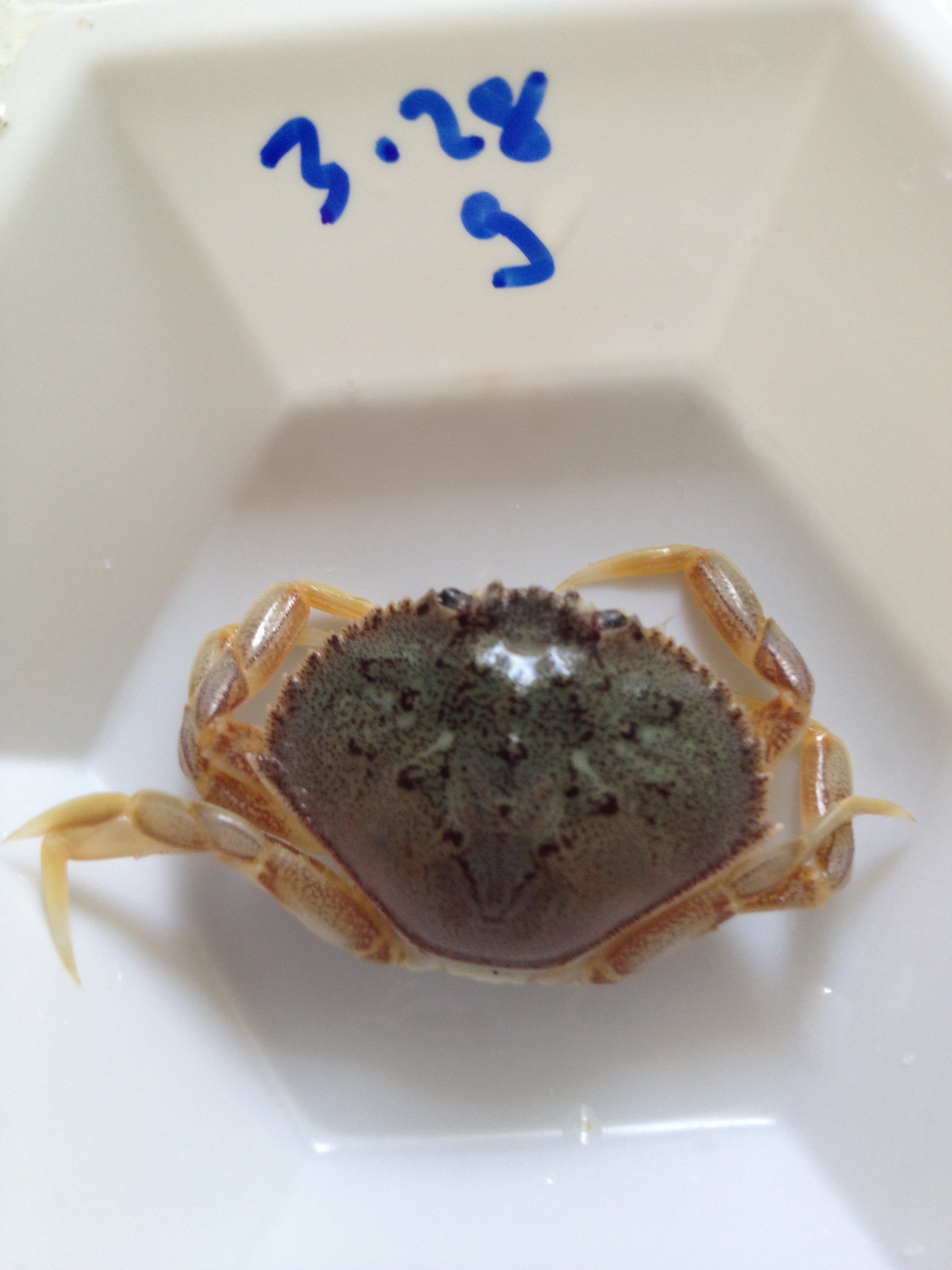 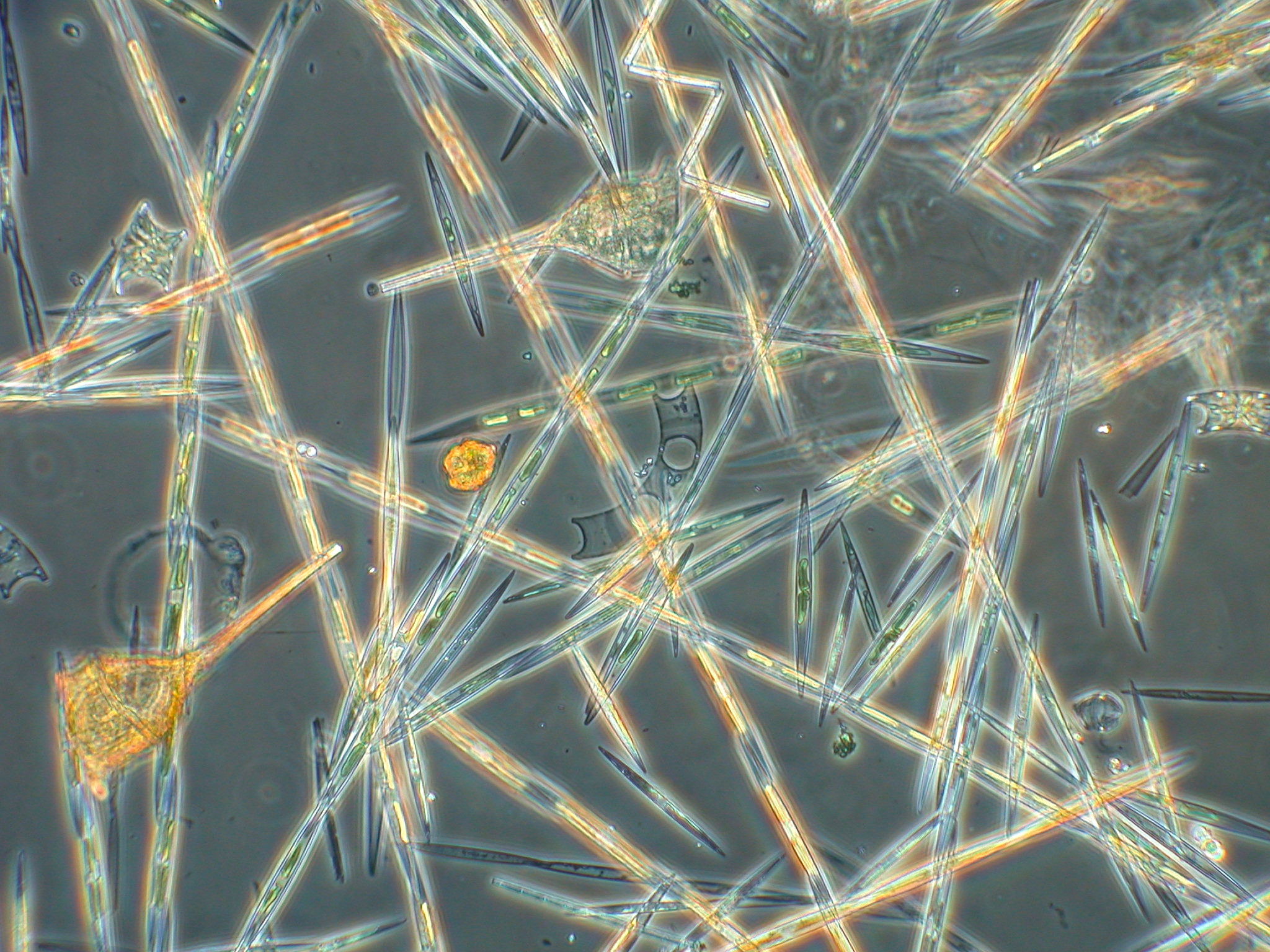 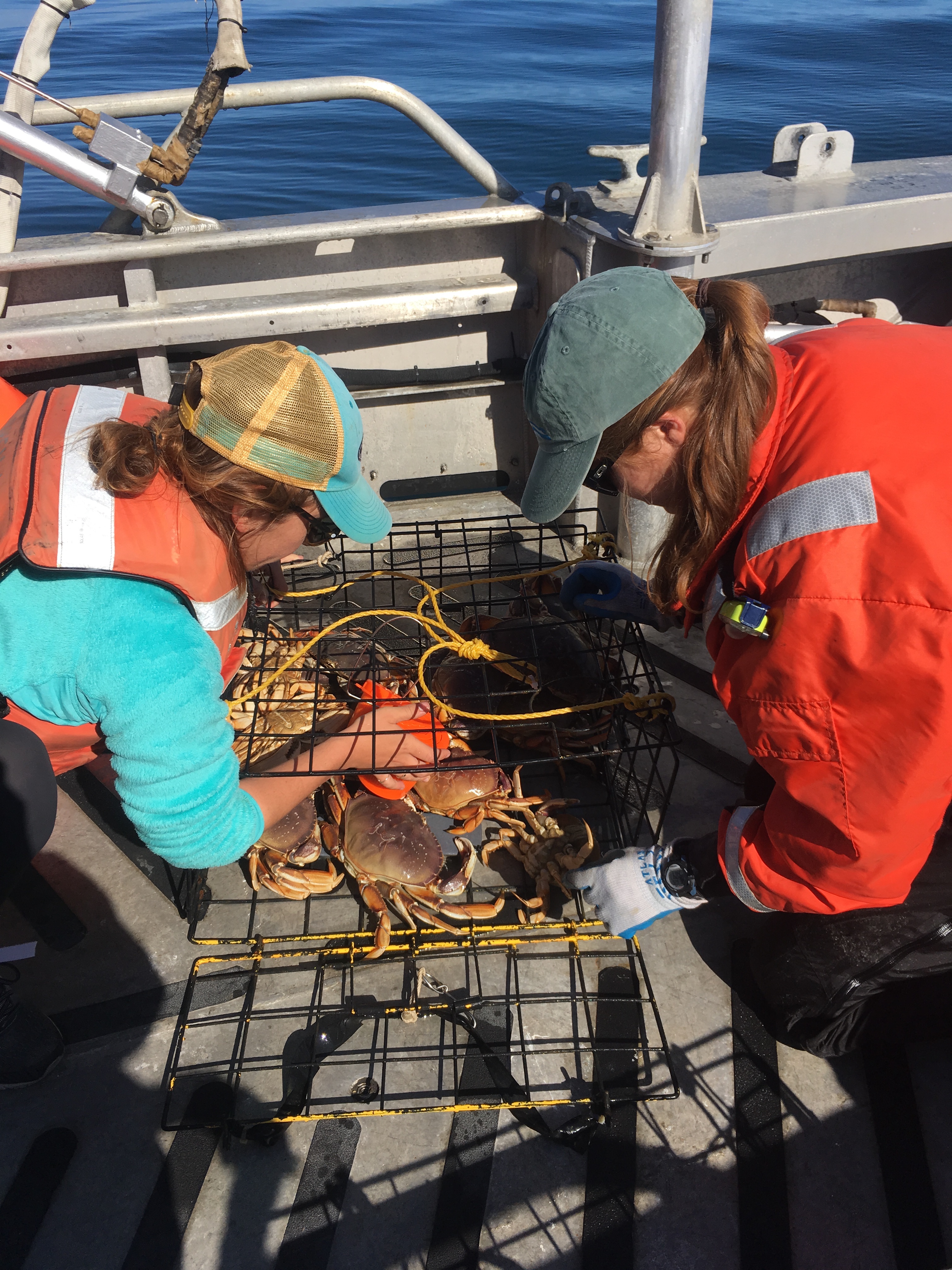