Andrew Chang, a 2009 Delta Science Fellowship recipient, is currently a postdoctoral researcher with the San Francisco Bay National Estuarine Research Reserve and Smithsonian Environmental Research Center. He studies sessile bottom-dwelling invertebrates, such as bivalves, and “squishy things,” such as tunicates and bryozoans.

His work focuses on understanding how ecological communities are assembled and affected by the timing of major environmental events such as massive storms, water diversions, climate change and non-native species invasions.

Though his Delta Science Fellowship ended in 2012, he continues to work on the research that he began as a fellow on the native Olympia oyster.

“Olympia oysters are one of the few native Pacific coast estuarine species,” Chang said. “Yet, relatively little is known about some of the major factors controlling their numbers and where they show up. This knowledge is crucial to conserving and restoring them.”

Below is a summary of his Delta Science project, which California Sea Grant administered, his findings to date, and their potential applications to managing native oyster recovery efforts in the face of non-native species invasions, climate change, and ongoing water diversions.

After heavy winter storms, salinity levels in the San Francisco Estuary can drop precipitously, stressing and sometimes killing organisms such as the native Olympia oyster and invasive Mediterranean mussel that need a certain amount of salt in the water. Conversely, prolonged drought conditions can favor the bivalves’ proliferation by maintaining necessary salinity levels.

To answer these, the Delta Science Fellow tracked abundances and size classes (ages) of native oysters and non-native mussels at 10 long-term monitoring sites in the upper estuary, where the water is brackish and the salt content is highly influenced by local runoff and river inputs.

Trace elemental fingerprinting was used to determine natal origins and fate of bivalves’ larvae throughout the estuary. Laboratory experiments were conducted to further investigate and quantify low-saline stress effects on molluscan heart rate, reproduction and survival.

Results to date indicate a clear link between freshwater flows and several stages of the oyster’s life cycle. Adult oyster numbers in the upper estuary were high during dry, low-flow conditions and low during sustained wet, high-flow conditions.

In particular, there were high numbers of adult oysters in the upper estuary at China Camp State Park in 2009 – the last year of a three-year drought – and in 2010, when the drought ended and more freshwater began entering the estuary.

Oyster densities remained very high until the spring of 2011 when heavy rains caused mass die-offs of the animals. The resulting distribution of adult oysters in 2011 was very similar to that observed by other researchers in 2006 following a season of above-average precipitation.

The Delta Science Fellow also found strong correlations between freshwater inputs and the timing and location of maximum oyster recruitment and settlement on shore. Recruitment in 2009 was very high at China Camp, in areas with the highest adult oyster densities on shore. As the drought ended (2010) and shifted to a wet year (2011), oyster recruitment was observed to occur progressively later in the season and further downstream, where salinities were less affected by freshwater inputs.

“Where oyster densities were highest in the estuary depended on both how wet the most recent winter was and how long it had been since the last severe wet winter,” Chang said.

The fellow is still analyzing much of the data collected during this project, and he plans to combine his field data with other datasets to parameterize models that might be able to describe bivalve population dynamics in response to freshwater flows. If these models can be developed, they could be used to predict shellfish responses to future freshwater flow regimes, as altered by climate change, water diversions, invasive species and watershed management.

The information on oyster recruitment that has been gathered during this project can be used help decide when and where to place hard substrate on the bottom to increase the amount of settlement habitat for new oysters.

The research mentor on this project was professor Steven Morgan with Bodega Marine Laboratory at UC Davis. 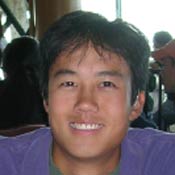 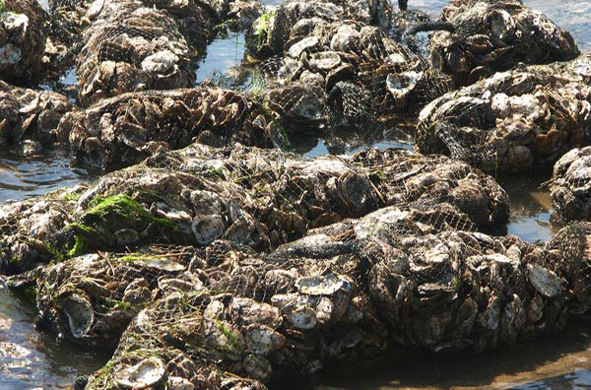