Red abalone mothers from California’s North Coast give their offspring an energy boost when they’re born that helps them better withstand ocean acidification compared to their captive, farmed counterparts, according to a California Sea Grant-funded study from the Bodega Marine Laboratory at the University of California, Davis.

The study, published this week in the journal Proceedings of the National Academy of Sciences, compared the effects of ocean acidification on wild and farmed red abalone to identify traits that commercial growers and conservation managers could use to help sustainably produce California’s declining abalone species into the future. Such information could help these groups address accelerating negative climate change impacts facing the abalone aquaculture sector.

For the study, researchers simulated captive aquaculture conditions under ocean acidification and found that abalone sourced from a strong upwelling region along the Mendocino coast were tolerant of ongoing ocean acidification, while nearly half of captive-raised abalone sourced from a Southern California aquaculture facility died under the same conditions.

The team repeated this experiment in a second generation of abalone descended from the first experimental group and observed a similar outcome.

The researchers discovered that this tolerance was largely due to a burst of energy provided to offspring from abalone mothers in the form of yolk lipids. Captive-sourced animals did not provide the same additional energy to their offspring.

“Somehow, the wild abalone evolved to give their babies a better start in life,” said study author Dan Swezey, project scientist at the UC Davis Bodega Marine Laboratory. “The more energy the mom gave, the more tolerant her offspring were of acidification stress. That energy boost carries over and makes a big difference.”

The study also found that farmed abalone grew about three times faster than their wild-sourced North Coast counterparts. While growing abalone quickly makes sense from a market standpoint, the researchers found that the fast-growing abalone were also the most susceptible to dying from ocean acidification.

The finding represents a clear challenge for abalone farmers, who typically require three years to grow abalone from birth to market. While slower-growing animals may survive to a much greater degree, their time to market could double in an acidic ocean, challenging the current economic model for farms.

Upwelling is a process where strong winds and currents periodically push nutrient-rich water from the deep ocean up to the surface, which helps support productive fisheries and ecosystems. But as the ocean absorbs excess carbon dioxide, upwelling also brings acidified, extremely low-pH water from the deep ocean to the surface. This threatens fisheries and coastal ecosystems.

Animals like abalone, oysters and urchin are particularly vulnerable to prolonged exposures to these conditions, as acidified waters make it difficult for them to build shells and grow properly.

UC Davis’ Bodega Marine Laboratory in Northern California is near one of the world’s most intense coastal upwelling areas. Ocean circulation models predict the intensity, frequency and duration of upwelling events will increase in the coming decades as oceans absorb more CO2 and the strength of coastal winds increase with climate change.  These rapid changes highlight the need for the shellfish industry to adapt and revise its management options in the region.

The study’s results invite questions for future areas of research, including the proposition that shellfish growers and collaborating researchers should be searching upwelling zones for shellfish varieties tolerant of ocean acidification. Traits from these varieties could be bred into farm stocks to help them better withstand the damaging effects of ocean climate change.

The study’s research was funded by grants from the National Oceanic and Atmospheric Administration’s Small Business Innovation Research Program to The Cultured Abalone Farm and a California Sea Grant award to UC Davis. 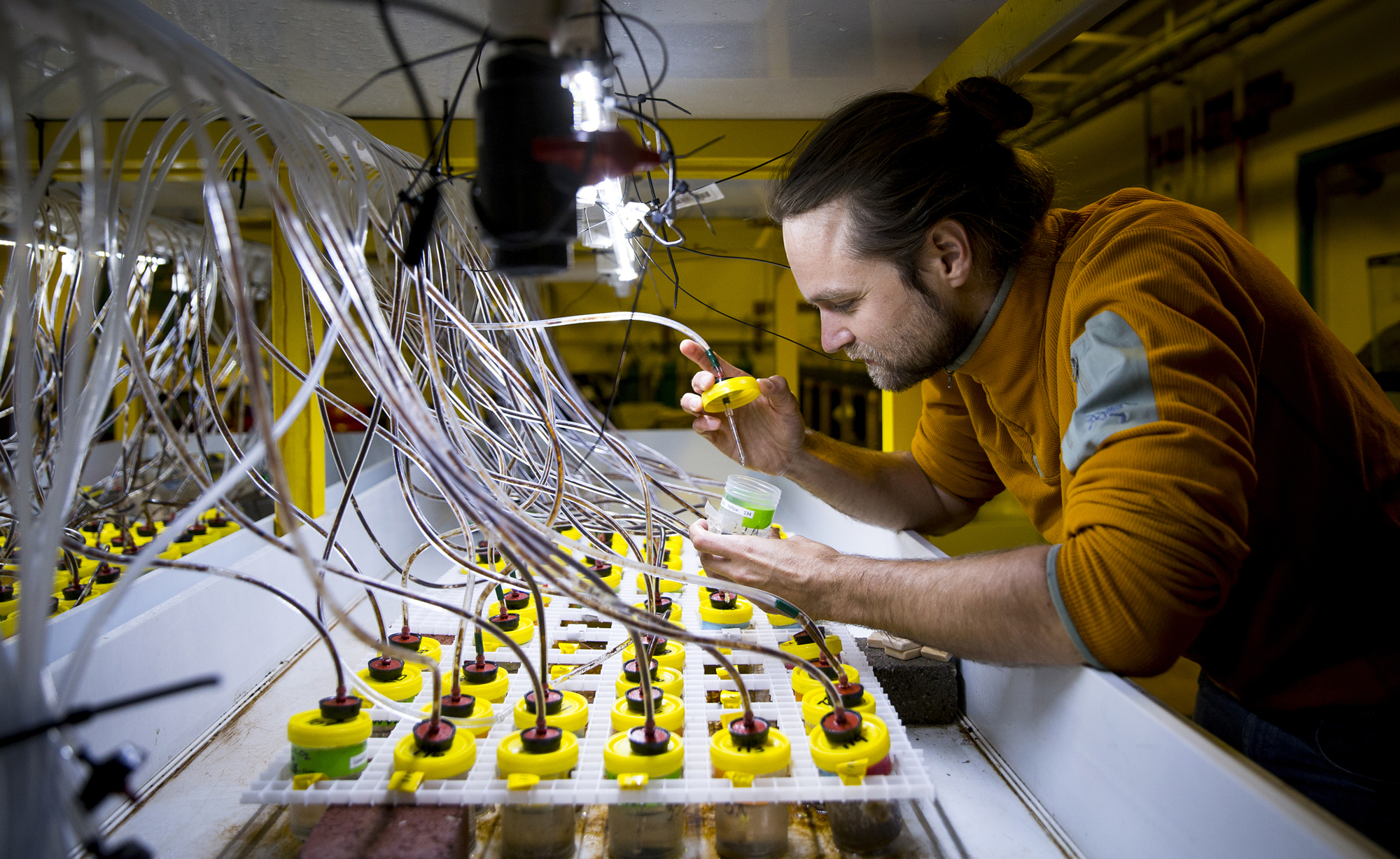 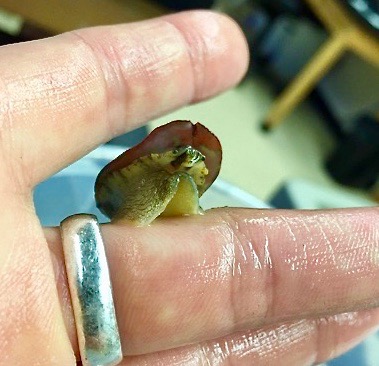 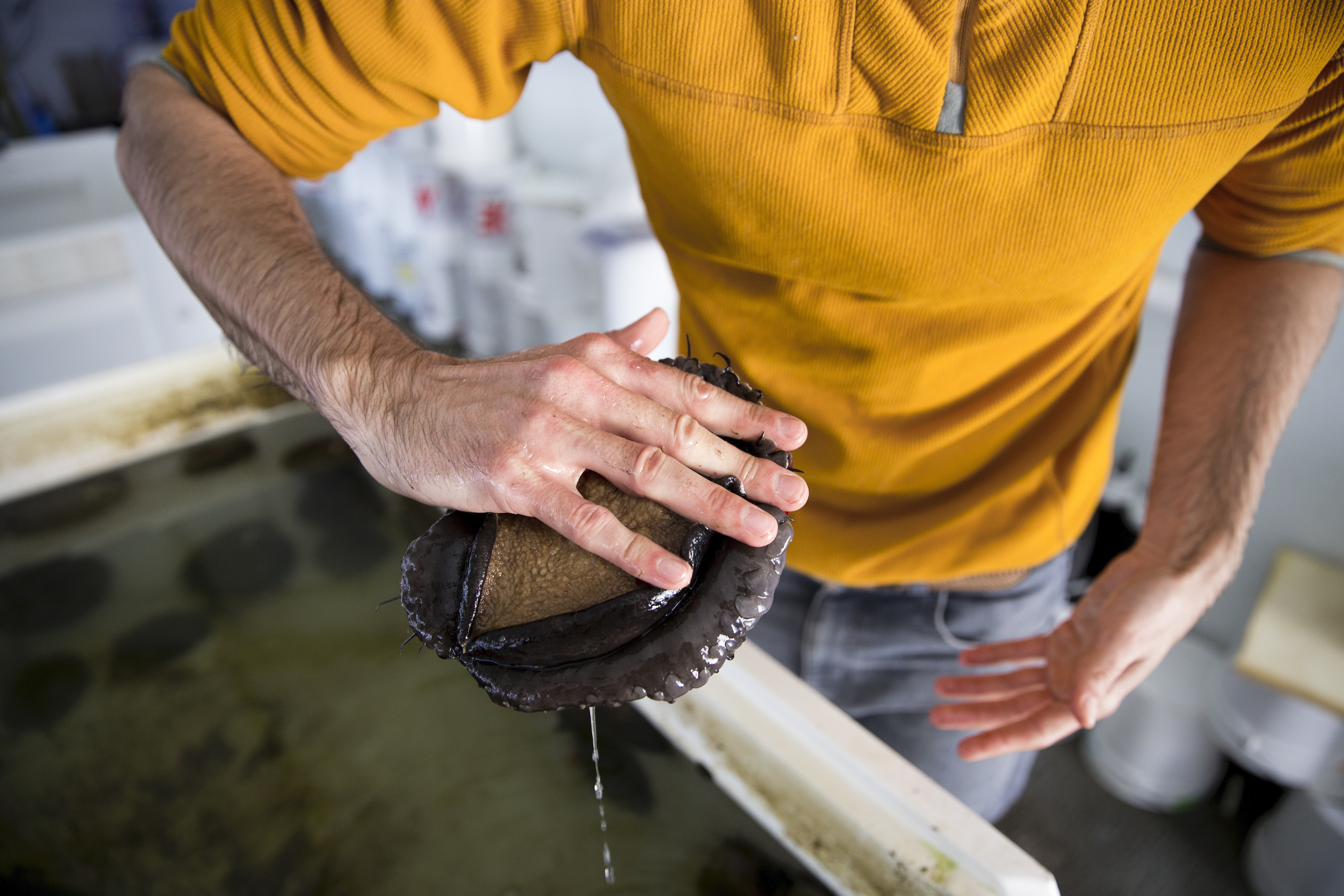