Historically, spring-run and fall-run Chinook salmon have been considered as separate subspecies, races, ecotypes, or even as separate species of fish. A new genetic analysis, however, shows that the seasonal timing of migration in Chinook salmon is determined entirely by differences in one short stretch of DNA in their genomes.

The new findings, published October 30 in Science, mean that within a drainage basin like the Klamath River, the different runs of Chinook salmon are all part of a single diverse population.

The study first author was UC Santa Cruz researcher Neil Thompson, who received support for the work through the Delta Science Fellowship, a program administered by California Sea Grant on behalf of the Delta Stewardship Council. The project was conducted in partnership with the Yurok Tribe, who have fished for salmon in the Klamath river for centuries.

Thompson says, “Our findings show that within the Klamath River spring- and fall-run Chinook have been interbreeding for a very long time, predating any anthropogenic impacts due to mining, hatcheries or dam building. This further erodes the idea that spring-run and fall-run are separate populations, as the analyses we conduct showed that spring-run and fall-run are randomly mating with each other. That finding is particularly exciting, given the removal of major dams in the Klamath River basin that will open up a vast amount of good habitat for spring-run Chinook salmon.”

The study has profound implications for conservation and management of Chinook salmon, the largest species of salmon, and makes restoration of the beleaguered Klamath River spring run more feasible if plans for the removal of dams on the river move forward. 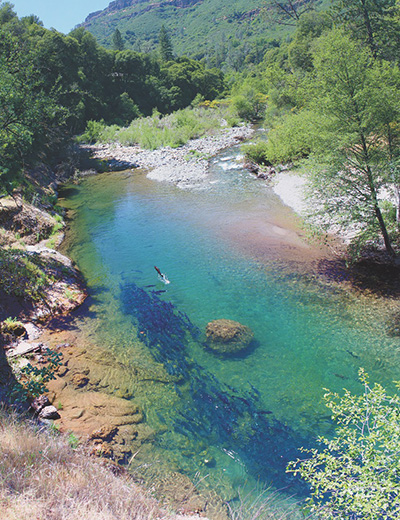