Searching for clues on fish declines in the Delta

Delta Science Fellow Julien Moderan is searching for clues as to why so many pelagic fishes in San Francisco Estuary are declining, despite efforts to protect them.

To do so, he is looking at “baby food” for fishes – the tiny, usually microscopic, drifters, known collectively as zooplankton, that are gobbled up by fishes during their larval and juvenile life stages. Some species, such as delta smelt, feed on zooplankton throughout their life.

He and his colleagues speculate that zooplankton shortages have left fishes hungry and thus more likely to perish. Without a repair to the food chain, fish recovery is unlikely.

“My research attempts to identify shifts at the base of the pelagic food web that may be affecting fishes,” said Moderan, a postdoc at the Romberg Tiburon Center with Wim Kimmerer. “We want to see if this can be observed in archived zooplankton samples,” collected before and after the pelagic organism decline.

Below is a summary of his Delta Science Fellowship project and findings to date, which will be updated and distributed by California Sea Grant Communications for the State of the San Francisco Estuary Conference this fall.

Since about 2004, populations of delta smelt, longfin smelt, juvenile striped bass, and threadfin shad have dropped significantly in the Sacramento-San Joaquin Delta for no obviously apparent or as yet substantiated reason, though food shortages at the base of the food web are among the factors theorized to be contributing to the pelagic organism decline.

This project examines historical zooplankton samples, as well as new field data, to explore trends and variability in zooplankton diets since the 1970s and their implications for the pelagic food web at large. The hypothesis: There has been a shift in the base of the food web from nutritious, large phytoplankton species to less-nutritious bacteria-degraded vascular plant debris.

Such a shift, if it can be detected (analyses are ongoing) would mean less food for the larger zooplankton species that are the dietary staples of larval fishes. It would also be consistent with other observations that strongly suggest the estuary is food-limited. There is, for example, less total phytoplankton in the estuary’s low-salinity zone, and smaller phytoplankton species have become more abundant than larger ones.

These changes – less food and smaller bites – have been attributed, at least partially, to a proliferation of the invasive Asian clam (Potamocorbula amurensis) that feeds on larger phytoplankton, as well as to elevated ammonium levels, which other researchers have shown can restructure phytoplankton communities.

To explore these ideas, this project focuses on three main objectives:

1) To verify the ability to perform meaningful stable isotope analyses on formalin-preserved zooplankton samples, collected in the San Francisco Estuary from 1976 to 2010 through the Interagency Ecology Program (IEP). This was achieved by comparing stable isotope compositions of frozen vs. formalin-preserved zooplankton samples for eight different species. Freezing is the preferred method for storing samples for isotope analyses.

2) To use stable isotope methods to document diets and trophic levels of historical zooplankton samples from a freshwater station in the San Joaquin River and a low-salinity-zone station, where phytoplankton, zooplankton and pelagic fish declines have been most pronounced.

3) To collect new field data along the estuary’s salinity gradient from San Pablo Bay to San Joaquin and Sacramento rivers to document present-day seasonal variations in zooplankton diets and their link to environmental factors, such as salinity and turbidity.

1) Formalin was shown to have only minor effects on carbon isotopes (for all eight species analyzed) and nitrogen isotopes (for six of the eight species), and these minor effects occurred rapidly, remained relatively constant over time and were thus easily corrected. The main result of this project, to date, has been in validating the ability to perform meaningful isotopic analyses on the IEP’s historical zooplankton database.

2) At the freshwater station, zooplankton diets were observed to be highly variable at short time scales. Scientists observed unusual spikes in heavy nitrogen (15N) that could not be attributed to natural process and have since been linked to low river flows and high nitrogen loads. Heavy nitrogen is a marker of bacterial processes and can be used to trace nitrogen from fertilizers and treated wastewater.

“The heavy nitrogen spikes are probably from treated waste-water discharges into the river,” Moderan said. “This is not necessarily a problem in itself, but it does highlight major human-induced disturbances at the base of the food web. These might propagate to higher level organisms.”

Analyses of the low-salinity zone archival record are ongoing. Besides looking for a shift in what zooplankton have been eating since the 1970s, scientists hope to use heavy nitrogen isotope signatures to document the scale of human impacts to the food web via nitrogen loading. They will also be looking closely at whether the large numbers of clams that appeared in the estuary in the late 1980s left a mark in the archival zooplankton record, which spans the bivalves’ pre-arrival and establishment as an invader.

3) Analyses of the new field data are also ongoing; however, preliminary results show that most zooplankton species do not graze on Microcystis species and other blue-green algae, which have become problematic “bloom” species in the upper estuary and freshwater systems. This means that zooplankton could starve in a phytoplankton-rich soup. “Toxic cyanobacteria may play a significant role in the food limitation that most zooplankton species face,” Moderan said.

Results from this project will contribute to a better understanding of the environmental drivers controlling the base of the food web and could help managers identify components of the food web that should be the focus of management and restoration efforts. 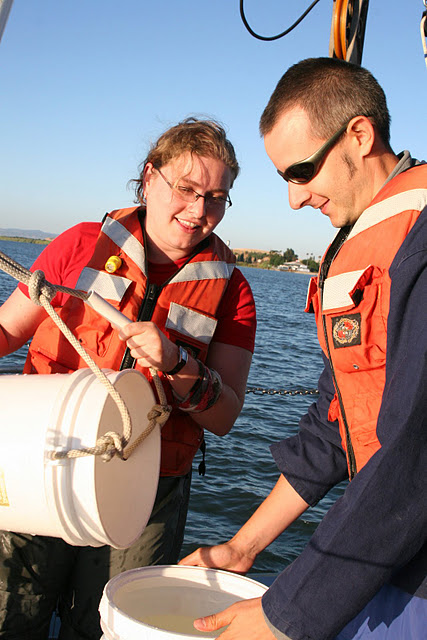 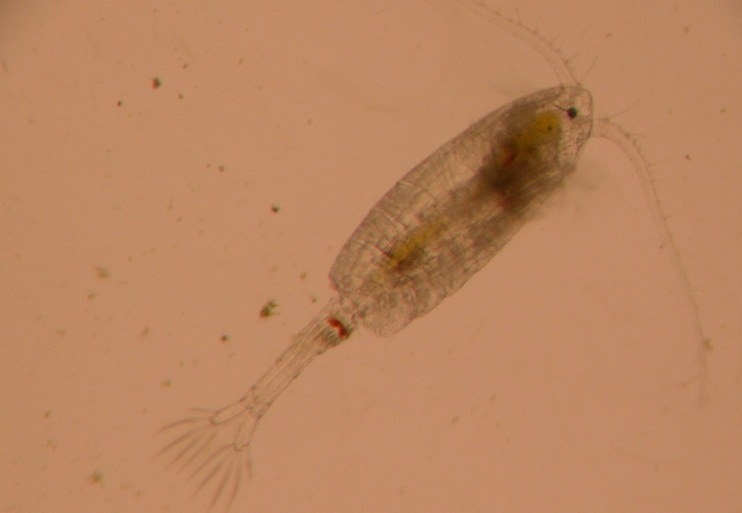 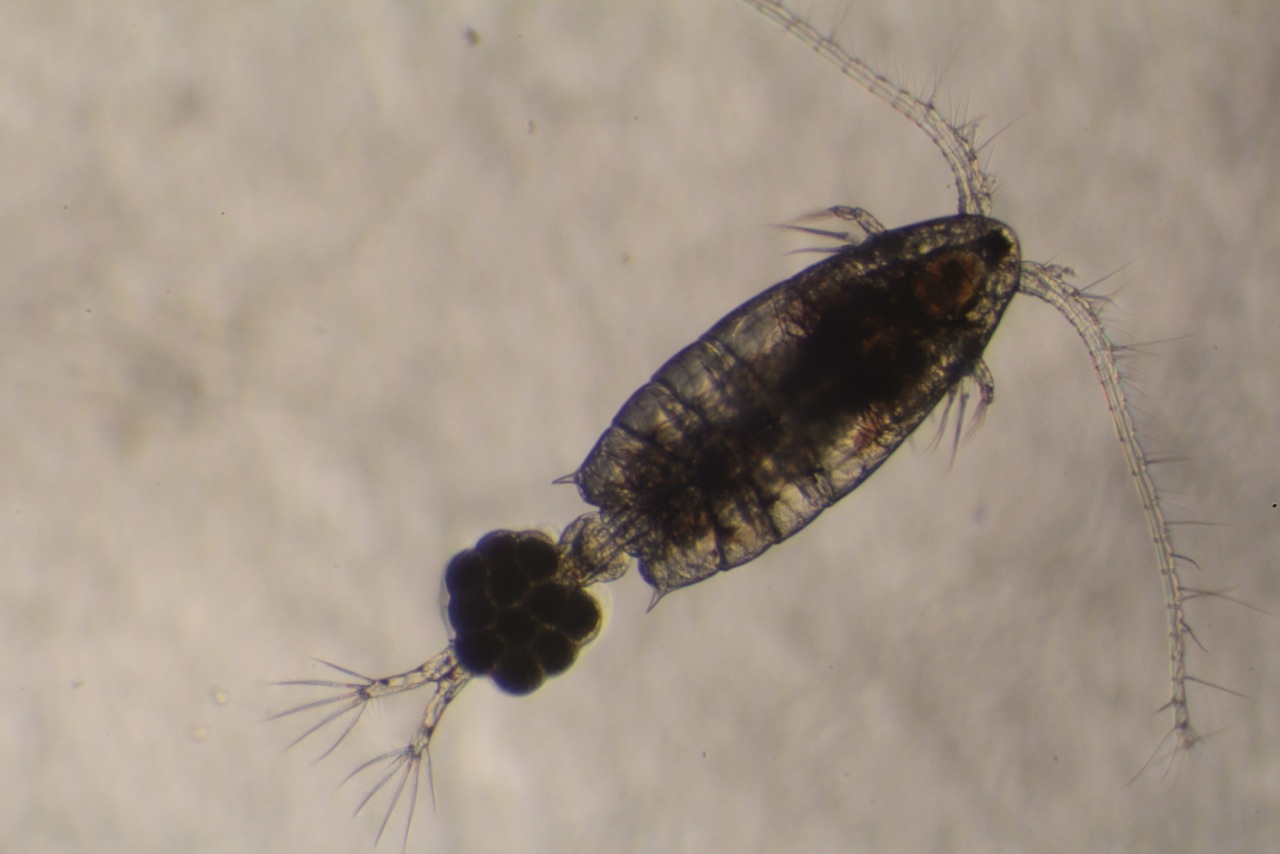 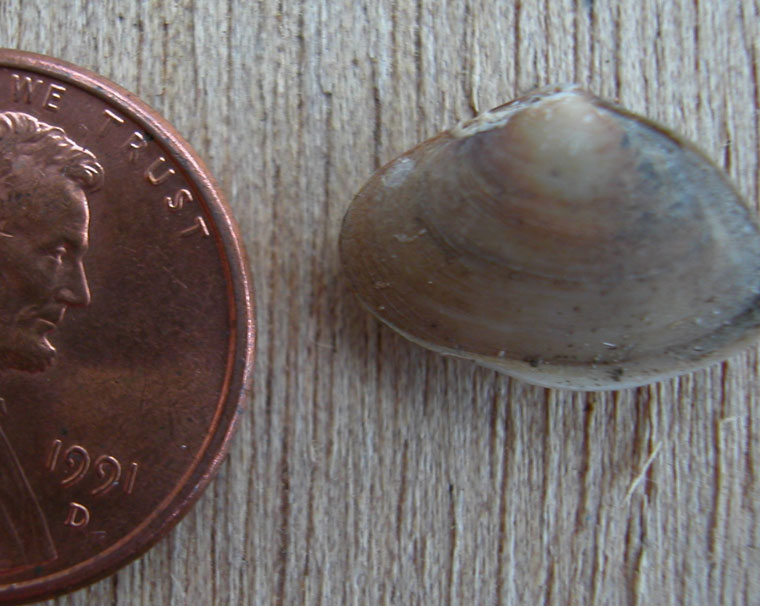 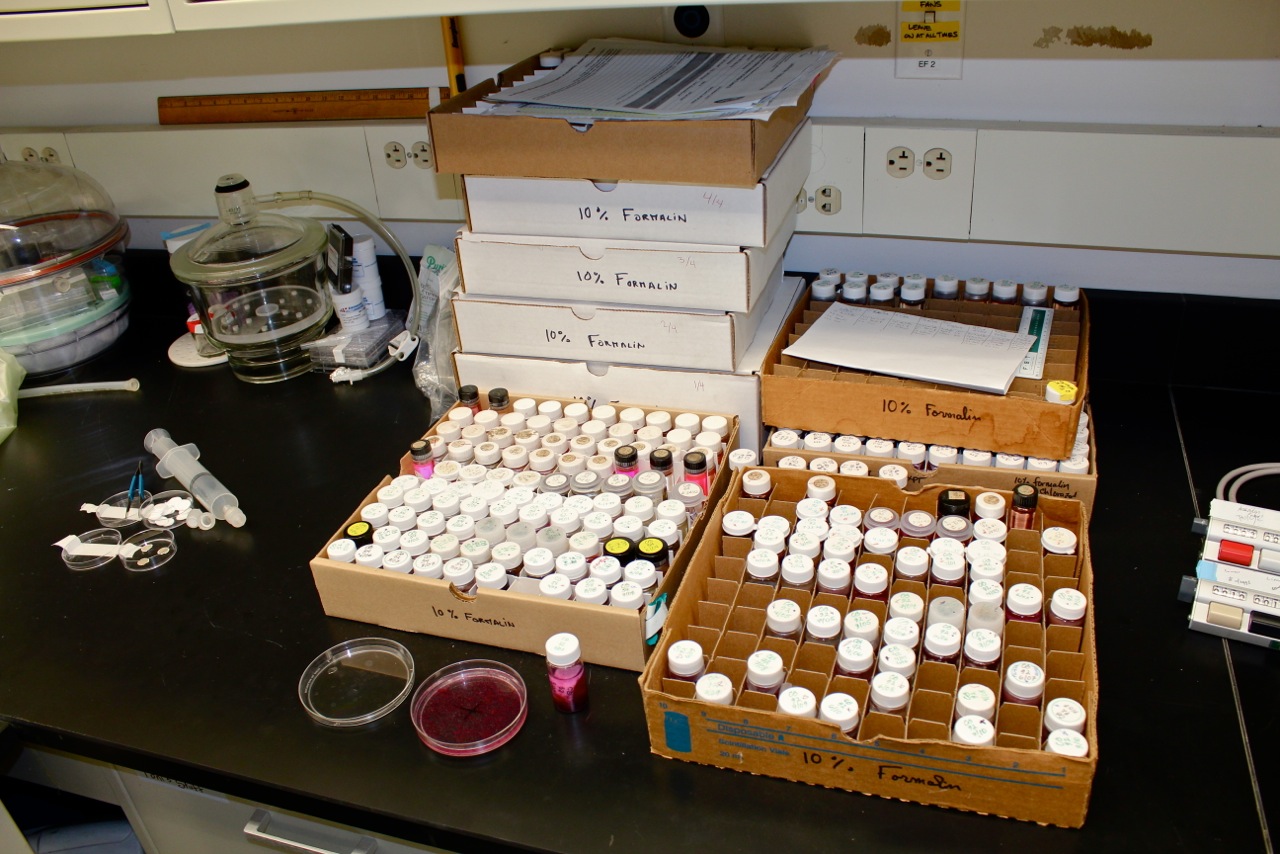 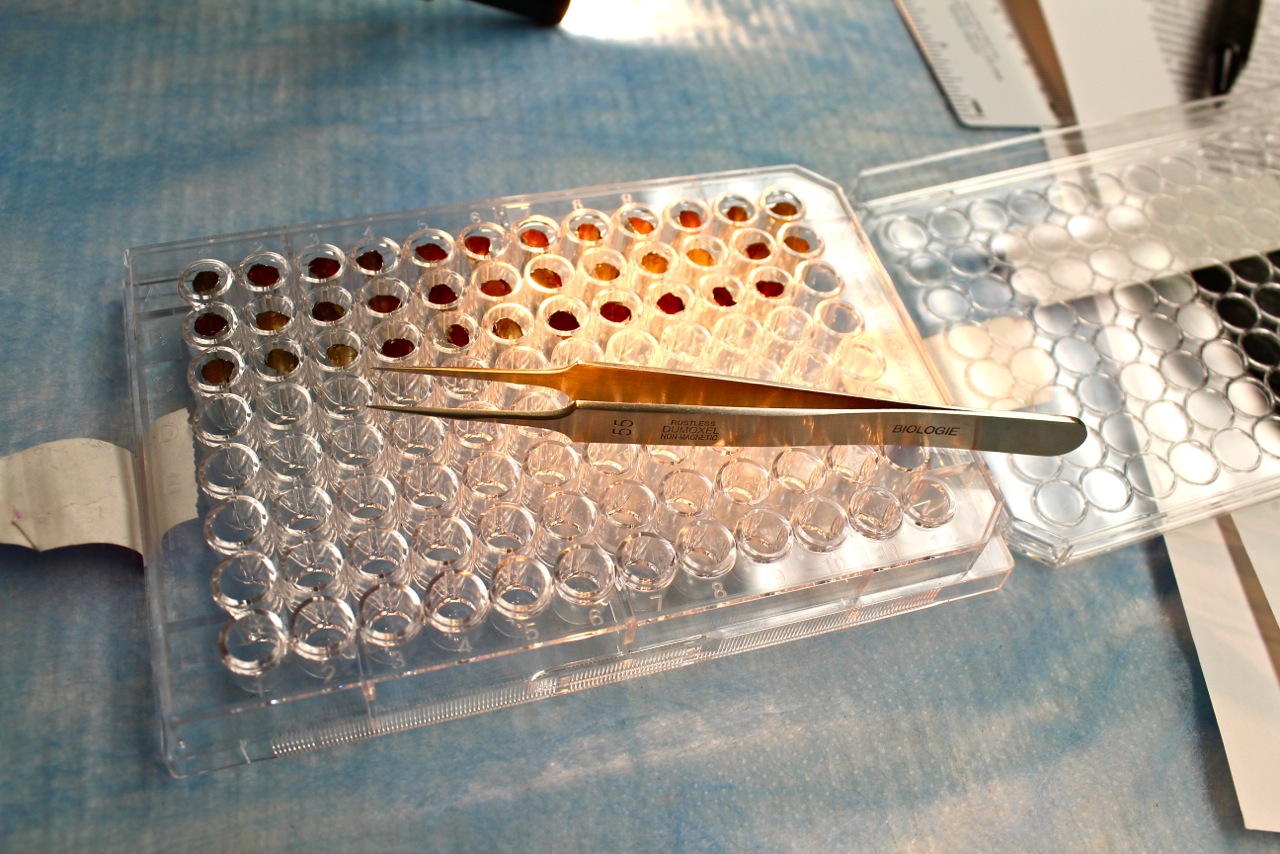 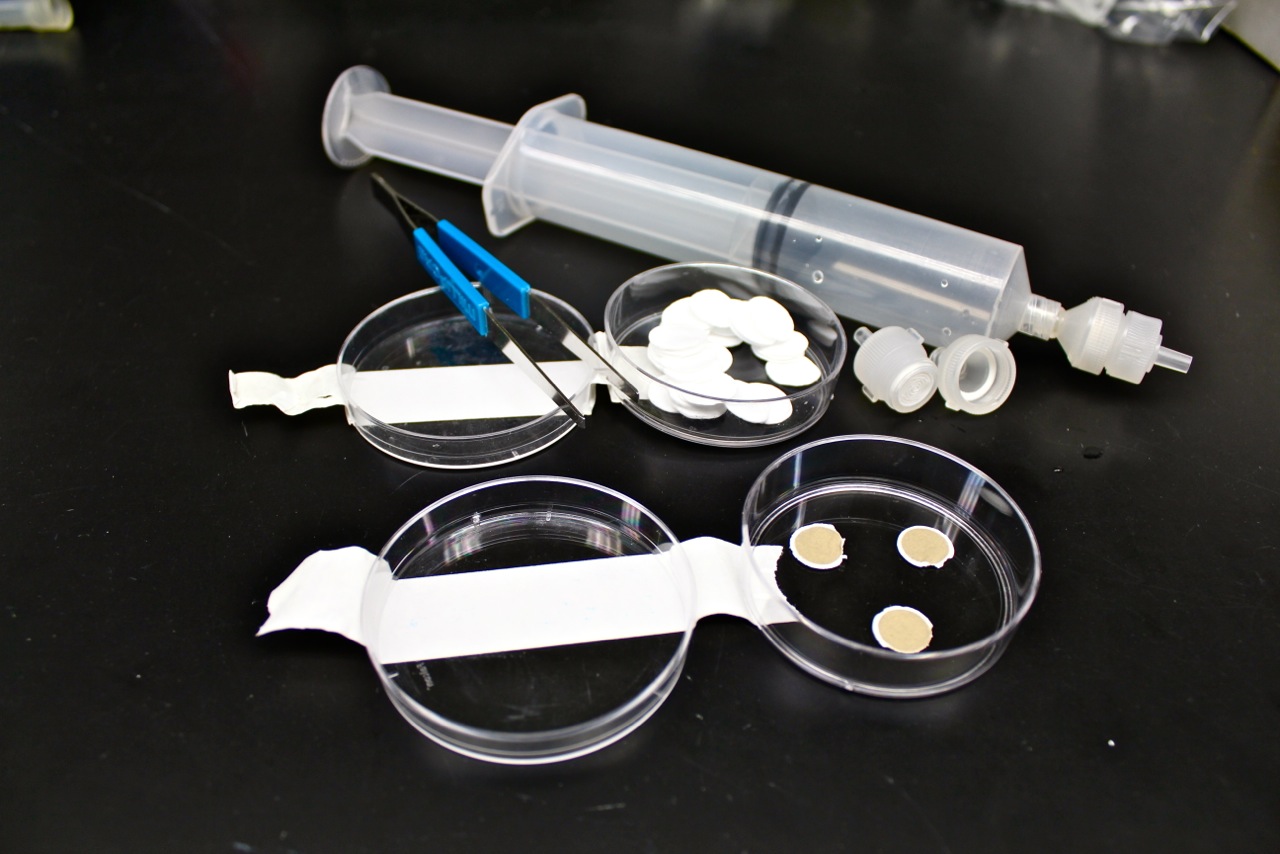