Hundreds of people lined up for the first day of the Tuna Harbor Dockside Market.
Extension, News
Media Contact— / ccoomber@ucsd.edu / 858-534-0580

The following is a guest post from Theresa Talley.

San Diego’s first fishermen’s market debuted Saturday, August 2. The opening of the Tuna Harbor Dockside Market was a landmark event that revealed some important messages. In the media coverage leading up to the event, it was likened to Pike’s Place Market, the big open-air fish market in Seattle. While exciting to think of it that way, we also need to be cautious if we want our local seafood sales to be sustainable. Here are a few messages gleaned from opening day and post-day scuttlebutt.

San Diego has spoken!
The Port of San Diego estimated more than 1300 people in attendance the first day of the market. As a comparison, the Saturday morning unadvertised off-boat sales that preceded this market generally served 25-40 people during an average morning. While big crowds were expected to be in attendance due to the media attention, a more than 25-fold increase in customers in just one week is truly telling of San Diego’s demand for local product.

Another sign of our fierce demand for local seafood was that the media deemed the opening of this market incredibly newsworthy with three different press conferences in the two weeks before and during the market opening.

The public isn’t the only one wanting direct sales; fishermen and aquafarmers are enthusiastic about keeping more of their products local and having more face time with the public. Nine fishing vessels and one aquafarm participated in this first market compared to the previous single boat operation.

San Diego’s supply is strong and diverse but modest
Saturday’s 5-hour long market offered 14 different types of seafood; thousands of pounds of food was sold, available to anyone willing to stand in line for fresh, local catch. However, with only about 165 fishermen in San Diego, our fisheries cannot sustain the population of more than three million people in San Diego’s metropolitan area on their own. Our local fisheries will likely remain relatively small due to virtually no new fishermen entering the field, the regulatory and economic hurdles associated with entry or expansion, and our healthy, well-managed (but relatively limited) coastal marine resources. But making San Diego seafood a part of your diet will be good for your health, and will do wonders for supporting the local economy, bolstering environmental stewardship, and contributing to our coastal heritage.

Bring back the “Catch of the Week” mentality

Because of imports, people are used to a constant supply of a few popular types of seafood and have forgotten the “Catch of the Week” or “Catch of the Day” modus operandi. Local catch, especially responsibly harvested catch, can be quite variable due to weather, season and resource regulations, and ocean conditions. Some species will remain fairly constant throughout the year – smaller fish, invertebrates, and farmed products – but many will have variable availability. It’s just how nature operates. And what’s available locally is different from the imports we’ve been used to seeing. These options are fresh, responsibly-sourced, and exciting that includes several types of crab, snail, tuna and rockfish, as well as sea urchin, black cod, mackerel, and many more. Besides the health and environmental benefits of eating a variety of seafood, San Diego stands to establish its own unique culinary identity.

Tips to keep it sustainable: 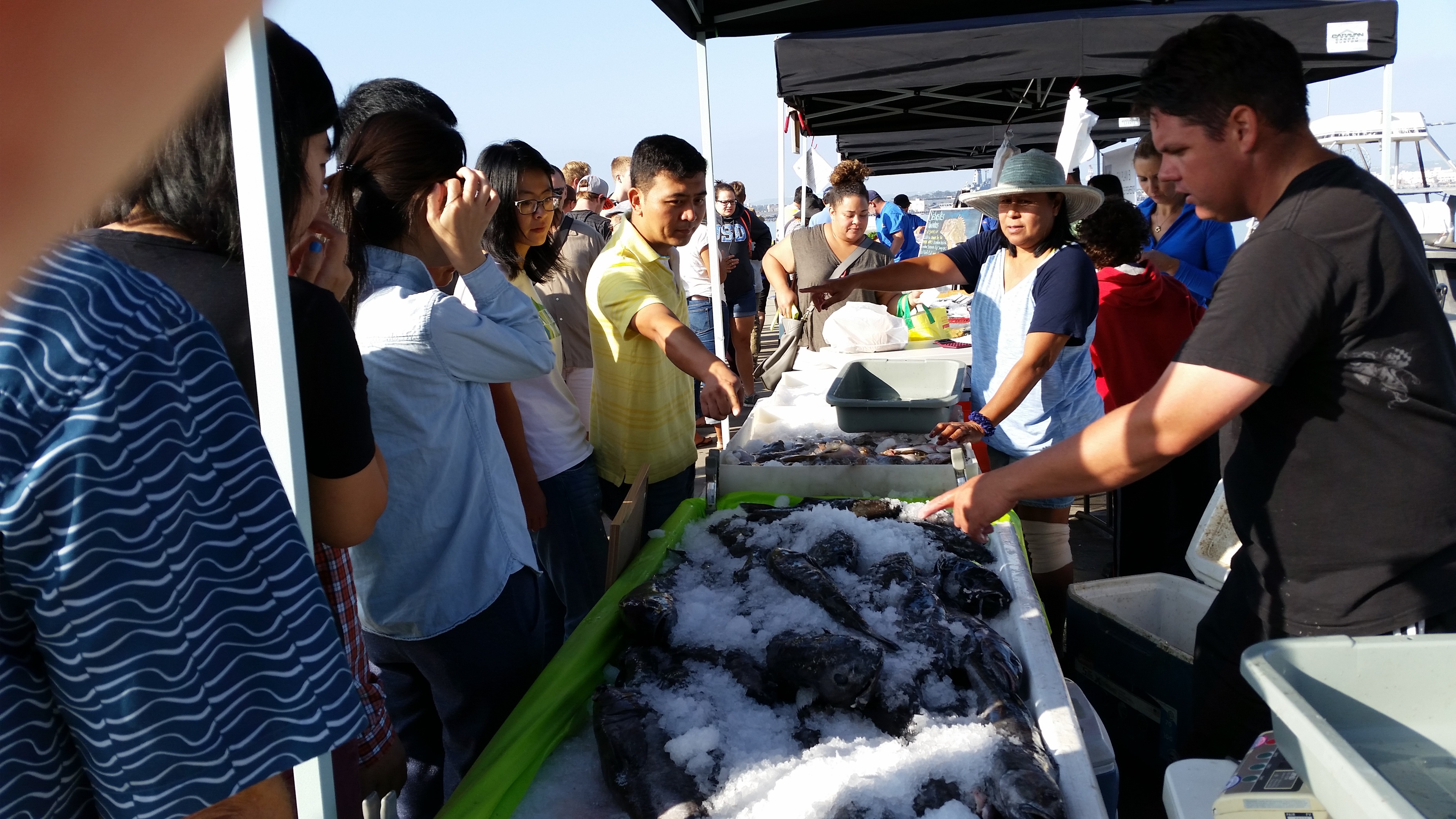