Research offers a snapshot of the coastline before Refugio Oil Spill

Blanchette’s scientific monitoring report described and compared habitats inside and outside of the marine protected areas (MPAs) from Point Conception in Santa Barbara to the Cali-Mexican border, specifically looking at the organisms that live in tide pools and other rocky-intertidal areas. The state-funded project was administered by California Sea Grant.

This wasn’t the first time a large oil spill has occurred in Santa Barbara. In 1969, an estimated 3-million gallons of crude oil spewed into the ocean in an area just south of May’s spill. Research resulting from this and other spills offer scientists data about how ecosystems have been affected.

It was through these spills that we have learned the cleanup process can have unfavorable repercussions, said Blanchette.

After large spills, organisms like snails, barnacles, and sea grass are often smothered in oil. In response to the 1989 Exxon Valdez oil spill in Prince William Sound, Alaska, cleanup workers sprayed oiled rocks with high-pressure hoses. While effective at removing the oil, it wasn’t without consequences.

“[For the Exxon Valdez spill,] they had come in with high-pressure hot water washings to remove the oil and it obliterated everything on the shoreline,” Blanchette said. “It ended up killing everything and the oil eventually just washed back up. That’s when they realized it wasn’t a good idea.”

This technique was not used at the Refugio oil spill.

“We have not used the high-pressure water washing because of the invertebrates living in the area,” said Jennifer Gold, a California Department of Fish and Wildlife environmental scientist helping clean up efforts. “We have been scraping oil off the boulders and cobbles by hand, and now with a mechanical scraper. After most of the gross contamination has been scraped off, we have been moving rocks into the surf zone.”

The incoming tide washes away the remainder of the residue on the rocks. This technique of oil removal has been used in other spills throughout the country said Gold.

With clean up under way, scientists are left to observe the changes in coastline biota.

“As much as no one wants an oil spill, part of the reason we do MPA monitoring is to discriminate how an ecosystem looked before an event like this,” Blanchette said. “We have years worth of monitoring for the region which will be incredibly valuable for looking at the impacts.” 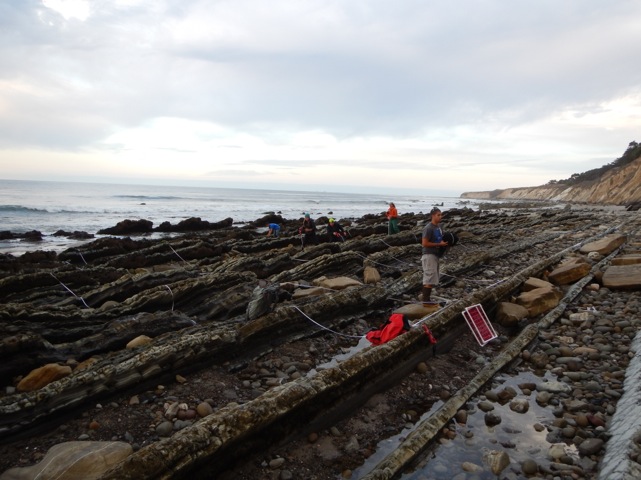 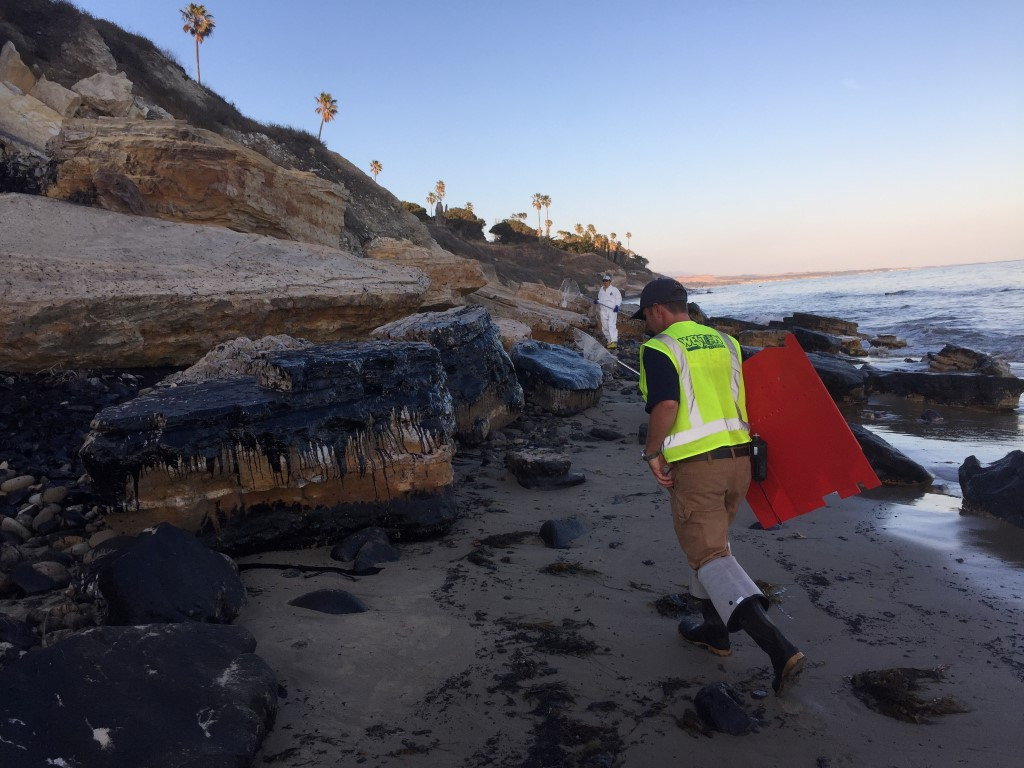 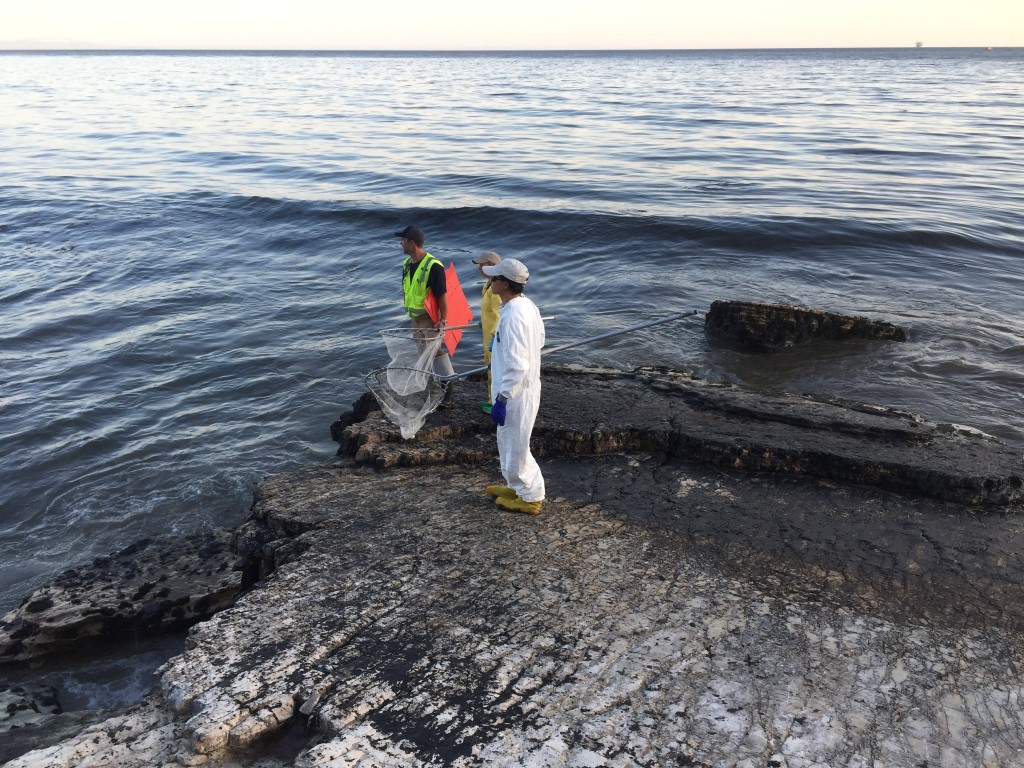 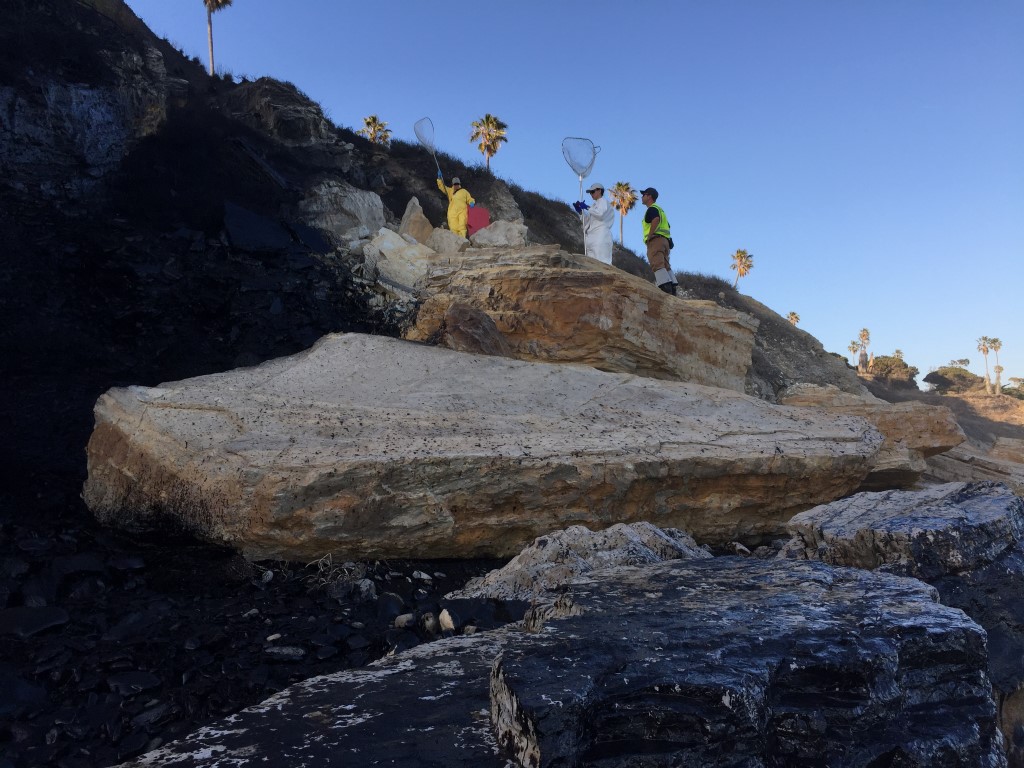 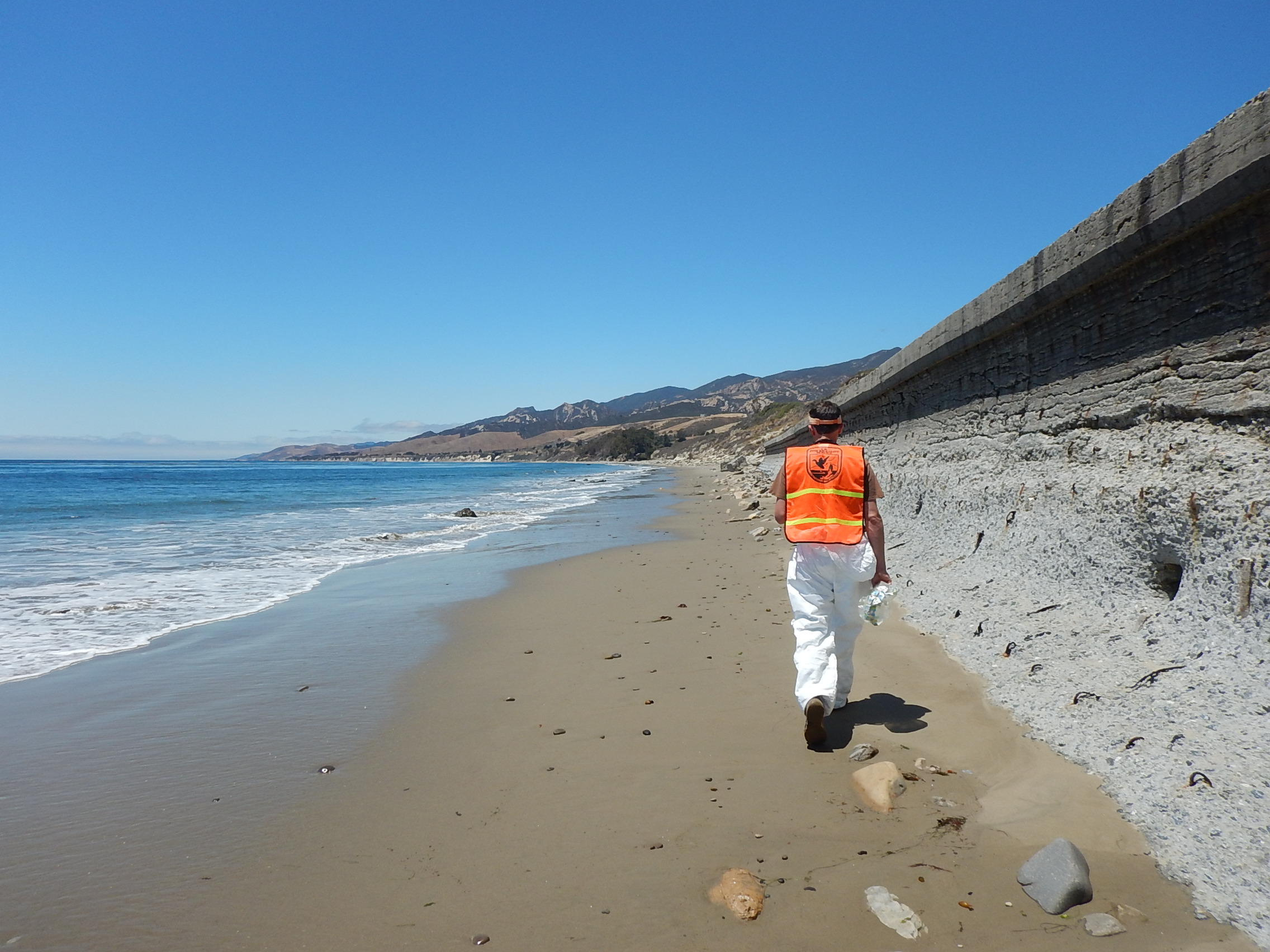 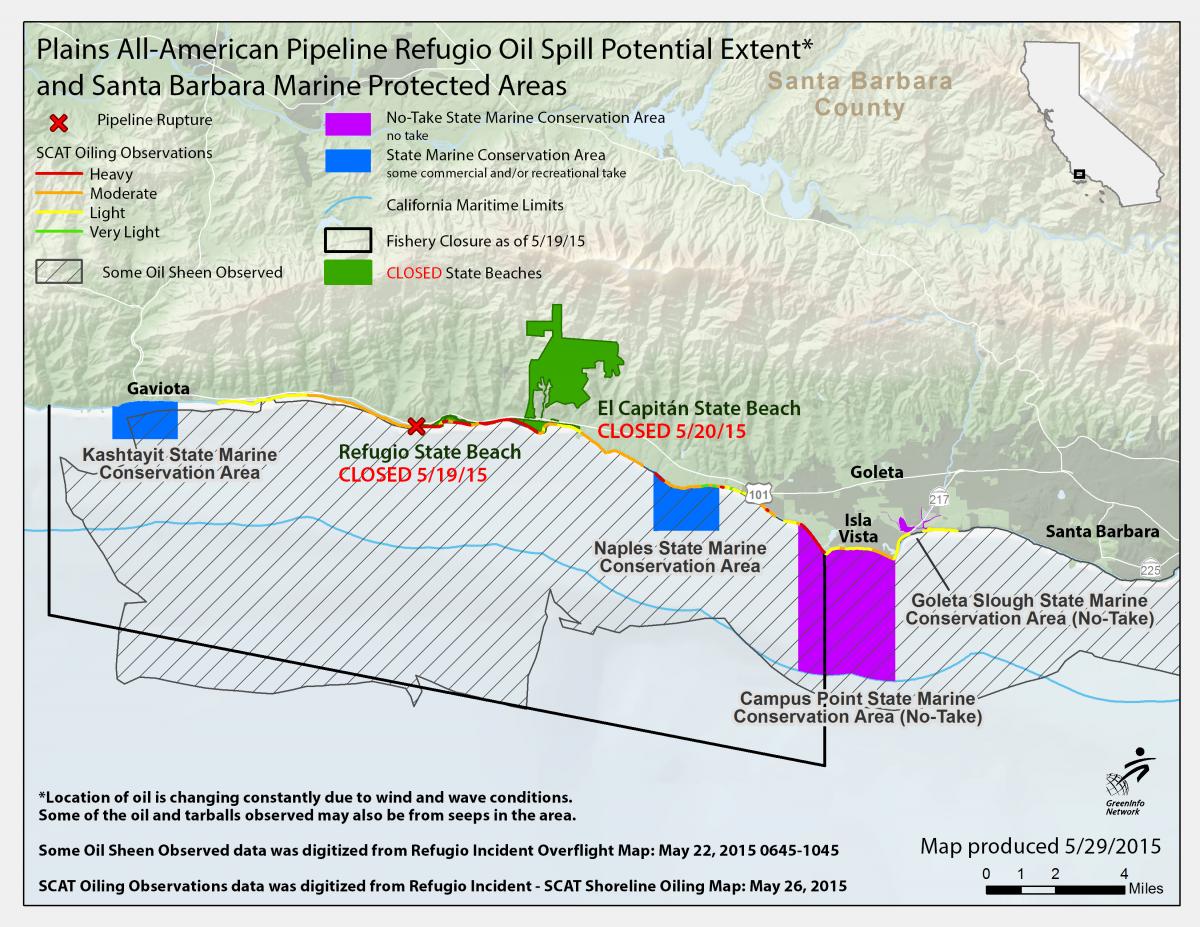