Regional coordination on sediment management will be vital for adapting to sea-level rise in California, argue coastal resilience experts in a recent article published in the journal Shore and Beach.

California’s future coastline will look radically different because of sea-level rise and our adaptation responses to it. Recent assessments project sea-level to rise 12 inches along the California coast by 2030, with the rate increasing in the second half of the century. This process, combined with storms and swells, will lead to more frequent flooding events, erosion of bluffs, and the loss of up to two-thirds of Southern California’s beaches by 2100.

As the rising ocean eats away at California’s coastlines, one of the major factors in preserving beaches and coastal habitat is the rather complex issue of how sediment is transported from land into the ocean, and how it moves along the coastline. In the coastal ocean, sediment moves around in what are called littoral cells, self-contained units of sediment sources from watersheds to sinks (such as submarine canyons). What that means is that actions that one beach community takes to protect its coastline will almost certainly affect communities down coast: what Oceanside chooses to do is going to affect the beaches in Carlsbad, and so on.

A littoral cell is a distinct area of the coastline where sand enters the ocean, flows down the coast, and then is removed from the system. Credit: California Sea Grant Explore Beaches Website

“The beach doesn't care about local government boundaries, it’s the littoral cell boundaries that matter,” says California Sea Grant Program Coordinator Nick Sadrpour, who wrote the article together with partners at USC Sea Grant, the Tijuana River National Estuarine Research Reserve, Beach Erosion Authority for Clean Oceans and Nourishment (BEACON), and the California Shore and Beach Preservation Association (CSBPA). BEACON is the responsible entity for managing coastal sediment management and water quality for Ventura and Santa Barbara Counties and six coastal cities, and has leveraged California Sea Grant research to better understand the interaction between beach ecosystems, coastal management, and sea-level rise. The California Shore and Beach Preservation Association (CSBPA), a professional organization, is geared towards fostering dialogue and cooperation on shore and beach issues amongst a suite of stakeholders to promote cost effective shoreline actions for the public.

Beach nourishment has long been a strategy used to stabilize and widen beaches. Innovative nature-based restoration projects (such as dunes) and other coastal resilience techniques involving multiple sediment regimes (silts to cobbles) have emerged as tools to buffer coastal hazards and sea-level rise in California. But without a regional understanding of coastal sediment dynamics, these projects may be ineffective or have unintended consequences on neighboring communities, coastal habitats, or recreational activities.

Another challenge to sediment management and beach nourishment is obtaining the sand for the projects, the authors say. Currently most sand used in restoration work comes from dredging, which can be quite expensive or mismatched on when it’s needed versus available. But at the same time, construction projects that involve major digs can produce huge amounts of compatible sediment that often can find its way into a landfill.

Regional coordination and planning could also help communities with another limited resource: funding. “At the end of the day, most municipalities are reliant on outside sources of funding to implement these projects. So if they work together to request funding in a coordinated way, they’re more likely to be successful,” says Sadrpour.

The new paper provides not only a call for better coordination, but also a blueprint for how to implement regional sediment management using existing structures, plans, and working groups that have been involved in sediment management for the past two decades.

“Leveraging investments that have been made in California to increase our capacity to work together, or coordinate, will be crucial to the resilience of our beloved coast.  We need to accelerate collaboration and innovation across the state and amplify that sediment is an extraordinarily important natural resource and needs to be managed as such” says Kristen Goodrich, Coastal Training Program Coordinator at the Tijuana River NERR, an author on the paper.

“The good news is that we already have the frameworks and working groups that we need to collaborate on this issue. We have brilliant people with excellent experience. But to be successful in responding to sea-level rise, we need to increase the level of coordination, training, and funding for this work,” says Sadrpour.

California’s two Sea Grant programs, California Sea Grant and USC Sea Grant, are working together to help strengthen the networks between local governments, scientists, and policymakers at the state levels, and highlight successful models. USC Sea Grant Associate Director Phyllis Grifman was a co-author on the recent article, and also lead author of a second recent article in the same issue of Shore and Beach which shares a first-of-its kind model in Los Angeles County for implementing nature-based adaptation in urban coastal communities. The article features successful adaptation efforts across Los Angeles County, focusing on Santa Monica Bay. Specifically, it highlights the boundary work of USC Sea Grant through the AdaptLA program and the following beach restoration pilot project created with The Bay Foundation. Read more on the USC Sea Grant website. 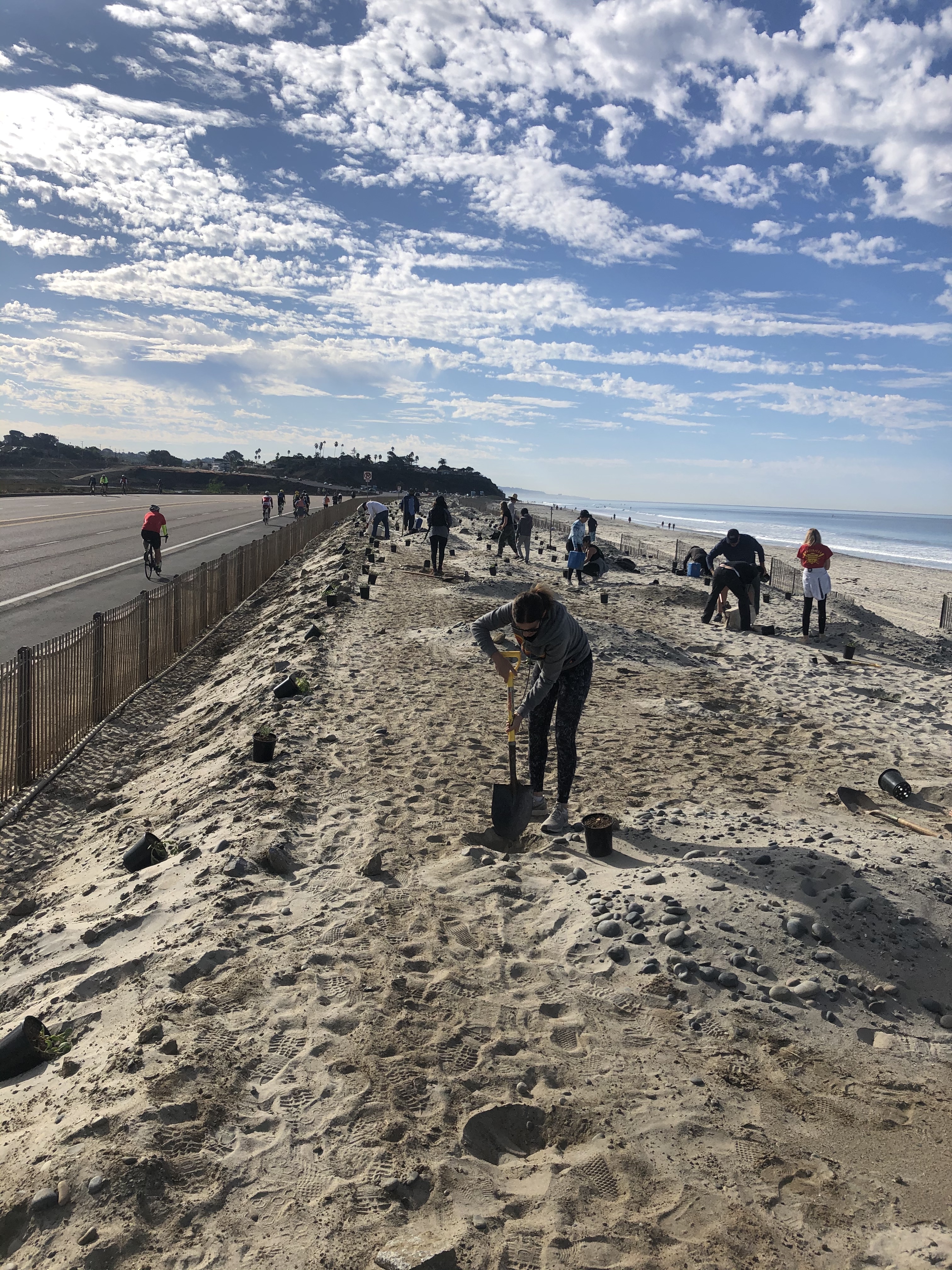 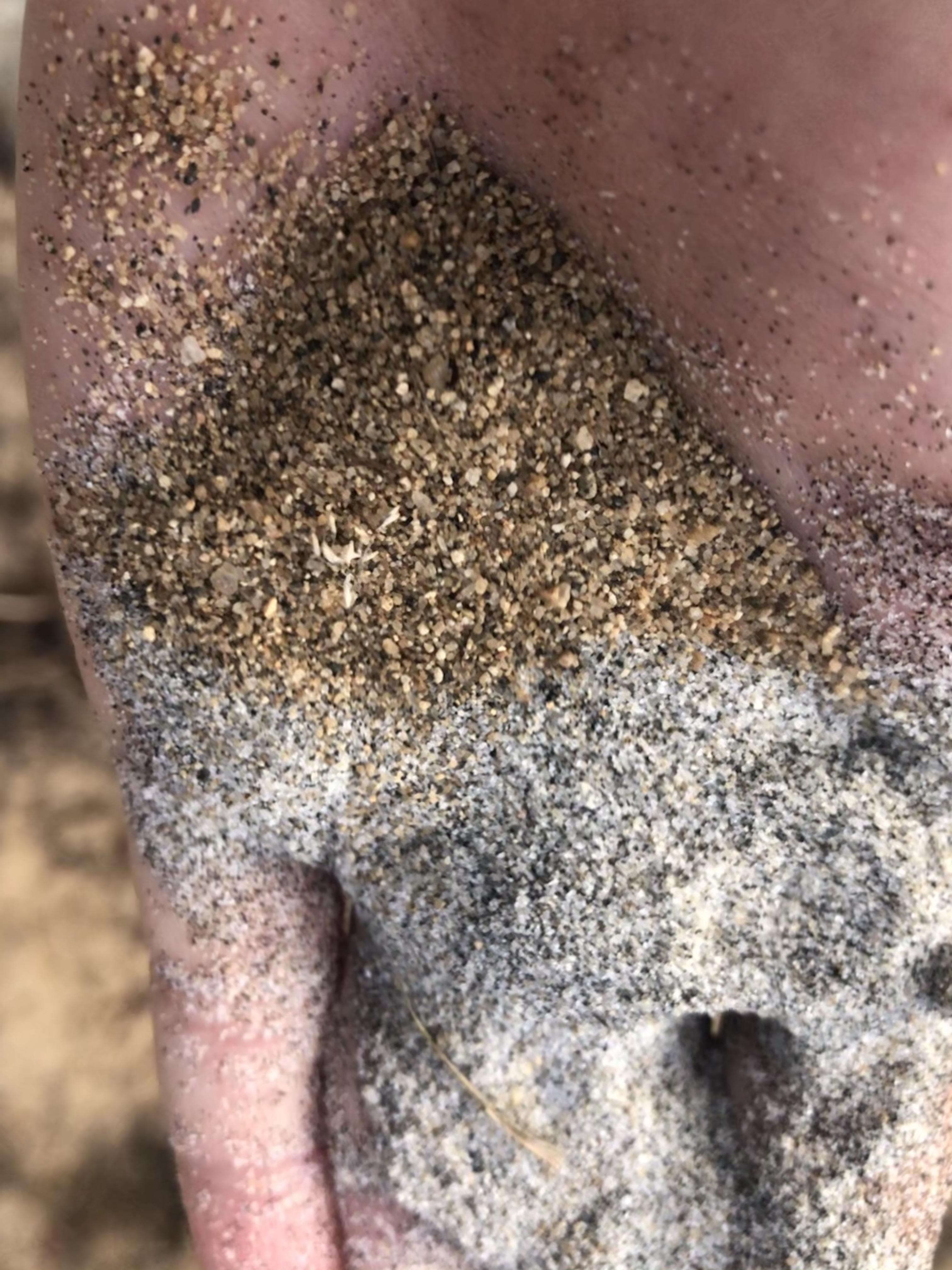 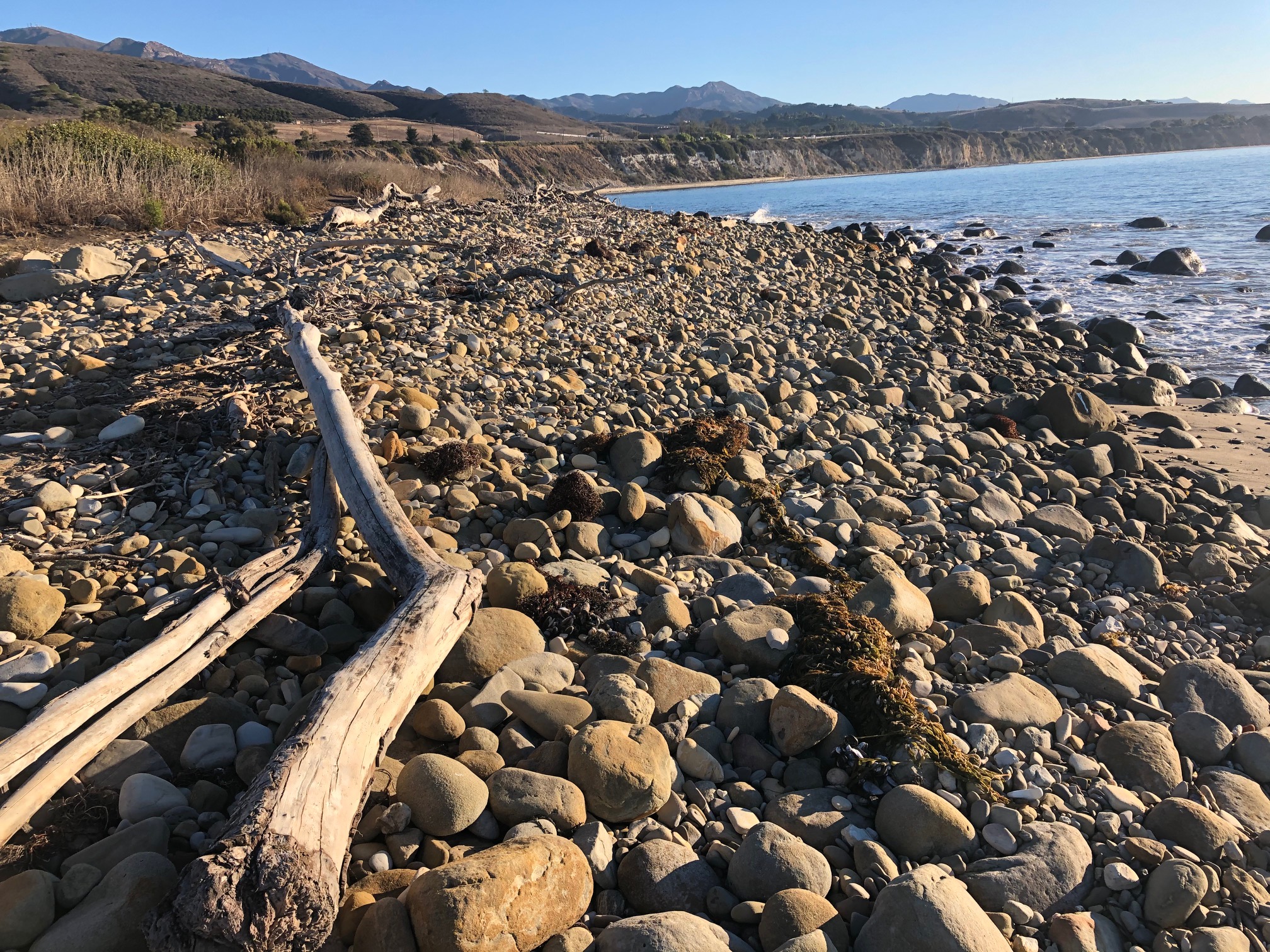 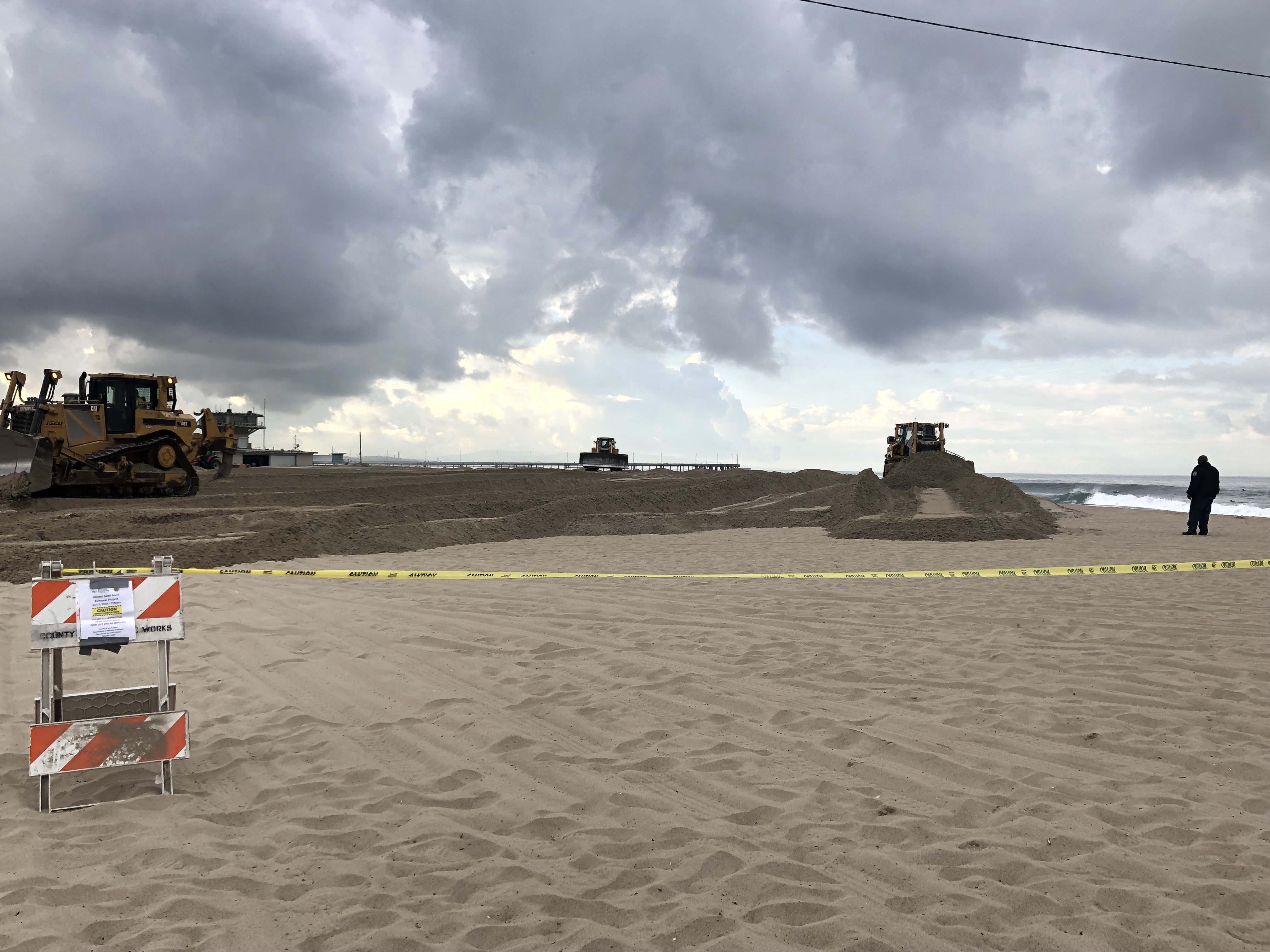 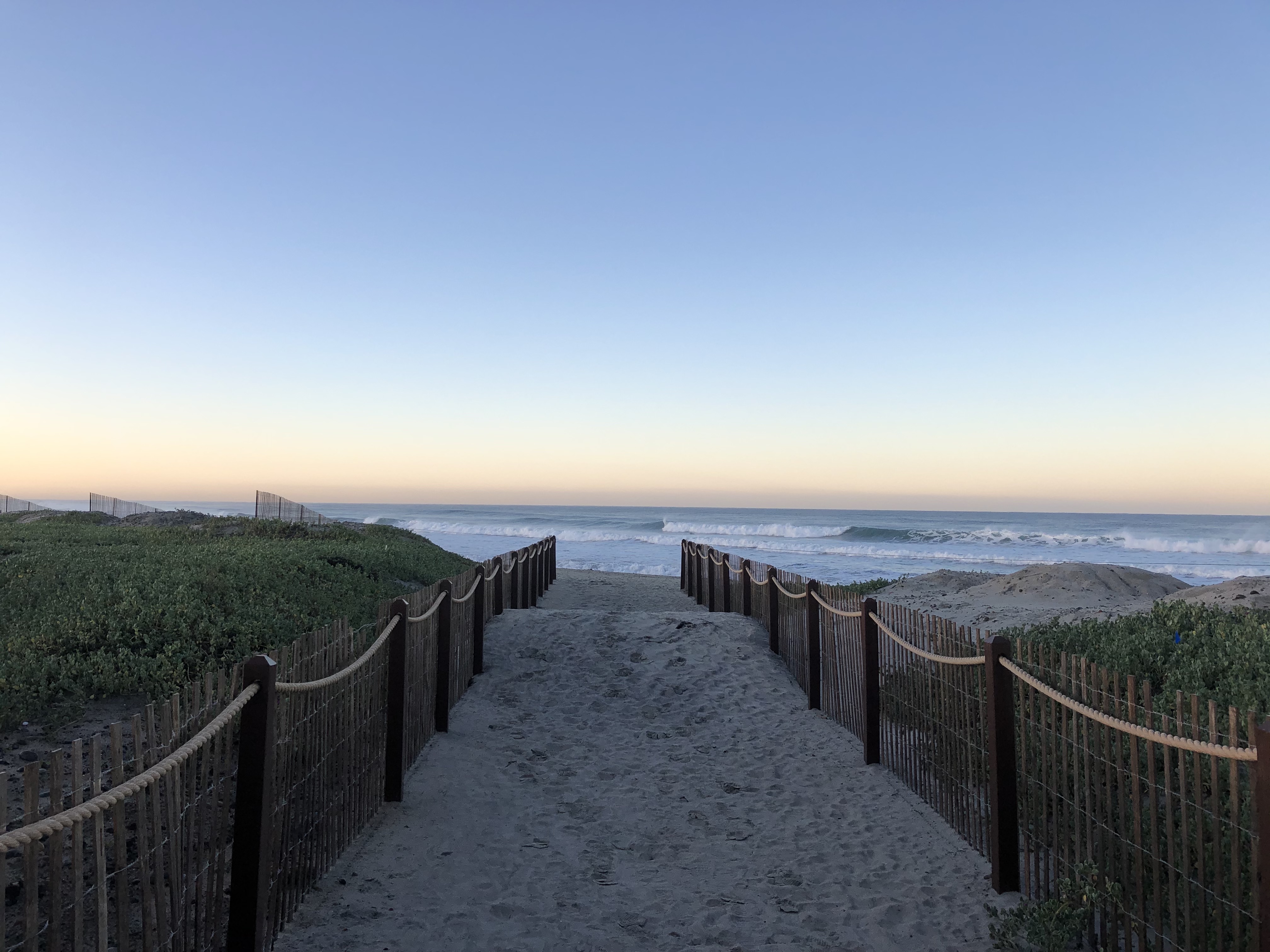