Pesticides in agricultural runoff may contribute to fish population declines

Rigorous science is accumulating evidence that pesticides and herbicides in agricultural runoff are causing abnormalities in fish in the Sacramento-San Joaquin Delta.

Even low levels of these compounds, because they mimic fish hormones, may be contributing to population declines of some of the region’s sensitive fish species.

“Man-made chemicals are in our water, and they are changing the way hormones signal and work in fish,” says Bryan Cole, a post-doc at UC Davis, whose research is currently being supported through a Delta Science Fellowship.

“There are lots of sources of these chemicals, but the bulk are from agricultural runoff,” he said. “The active ingredients in birth control pills are also widely detected in the delta and in waters nationwide.”

Endocrine disrupting compounds are an unusual type of environmental contaminant, as they can do more harm at lower levels than higher ones.

“Fish physiology is set up to react to low concentrations of hormones,” Cole explained. This means that some endocrine disruptors are most potent to fish at low exposures. It’s very counter-intuitive, and it has significant implications for meeting environmental water quality objectives.

In field and laboratory experiments, Cole has shown that fish from the delta, as well as fish exposed to water from it, have altered reproduction-related gene expression and protein production patterns. Notably, male inland silversides (the fish studied in the project) are observed to make egg proteins that are normally made by females.

He has also been able to show seasonal patterns in gene expression and protein synthesis, associated with changes in the dominant crops and rainfall.

In coming months, he and colleagues will further explore the role of endocrine disrupting compounds in altering fish schooling behaviors and whether any of this can be linked to population declines in some areas.

Cole is working on the project with Gary Cherr, director of the Bodega Marine Laboratory, UC Davis, and Rich Breuer, an environmental program manager at the California Department of Water Resources.

Below is a more technical summary of the project and contact information for the fellow.

Could endocrine-disrupting compounds in treated wastewater effluent and runoff be contributing to the region’s declines in pelagic organisms? This project investigates evidence of endocrine disruption in resident fishes in the Sacramento-San Joaquin Delta. The model species for this research is the inland silverside, Menidia beryllina—an introduced, now ubiquitous species with a similar life history to the delta smelt, a species of intense management interest. In the project’s first two years, the Delta Science Fellow examined endocrine-related gene expression and protein synthesis patterns in male silversides collected throughout the delta, and from this work showed that males were expressing genes and producing egg-related proteins that are usually associated with female biology. Abnormal schooling of fish during the spawning season was also observed, suggesting that endocrine-disrupting compounds may alter fish behaviors, too. In “outplanting” experiments, scientists were able to detect hormone-related changes in transplanted fish after only two weeks of exposure to conditions in the Delta. Ongoing experiments seek to document the population-level effects of contamination. 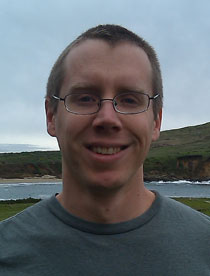 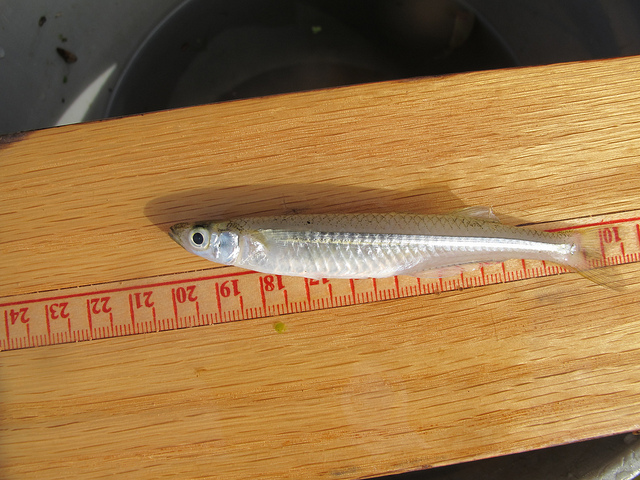