You won’t find “slime eels” on menus in California, but the Pacific hagfish Eptatretus stoutii supports a small but consistent export fishery. Prized by foodies in South Korea, the depletion of Korean fisheries has sent demand abroad. This month brought the start of a new trap requirement to ensure that California’s hagfish stocks stick around.

Hagfish are best known for producing buckets of thick, sticky mucous when provoked – their defense mechanism to evade predators. California’s hagfish are exported live for their meat.

The new rule came about when Travis Tanaka, an environmental scientist for CA Department of Fish and Wildlife, collaborated with California’s commercial hagfish fishermen to investigate which trap hole diameter allows more immature hagfish to swim free. The research was funded by CFR West and California Sea Grant, and was published in California Fish and Game last spring.

As bottom-dwelling scavengers, hagfish are easily captured in baited 5-gallon bucket traps. Each trap has many holes drilled into the bucket walls to allow water flow and give small hagfish a means of escape. Tanaka says that, when these holes are too small, “[The juveniles] are taken out of the system and never have a chance to spawn. The fishermen don’t want them, the buyers don’t want them, so we want to reduce those numbers.”

“We thought maybe there’s something to ‘bigger holes, bigger fish,’” he explains.

Tanaka’s question was important because losing too many immature hagfish could be dangerous for the fishery. Hagfish take years to mature and produce few eggs each spawning season. By interviewing hagfish fishermen and sampling their catch, Tanaka was able to zero in on a sweet spot for trap holes.

“Going from a half inch to 9/16-inch hole diameter, you get about a 10 percent reduction in immature hagfish,” says Tanaka.

As a result, 9/16-inch holes became the new Department requirement for hagfish traps on January 1 of this year. Tanaka says the new regulation affects only a few fishermen at the moment, since many are already compliant, but will come in handy during boom years.

“During the two years when commercial salmon fishing was closed, they all went hagfish fishing,” says Tanaka. “Hagfish are considered open access, so anyone with a registered boat, a commercial fishing license, and a general trap permit can participate in this fishery.”

The new rule may be a small change to help small fish, but Tanaka says, “This regulation gives us something enforceable that makes the fishery more sustainable.”

For hagfish, that’s something to slime about. 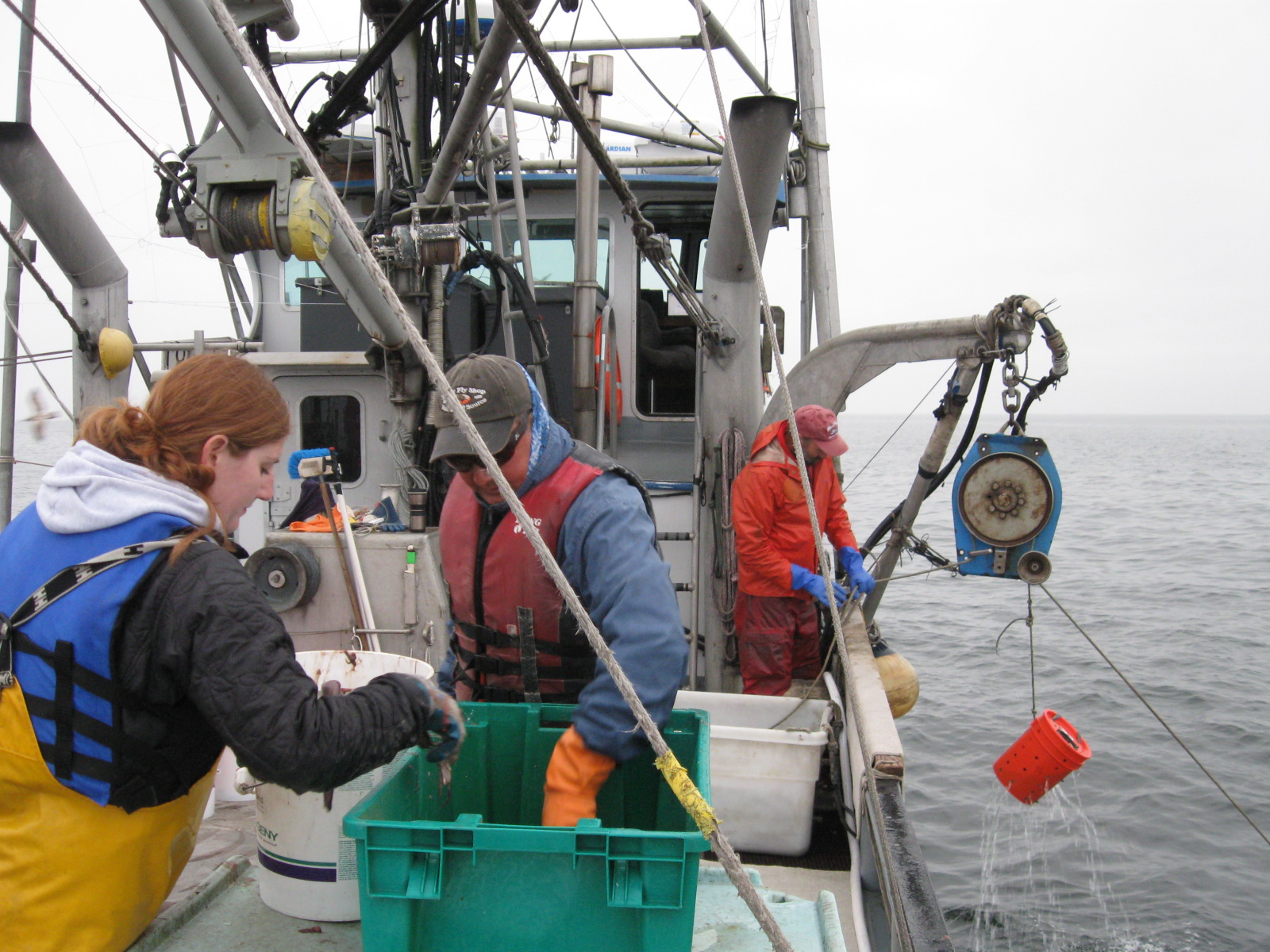 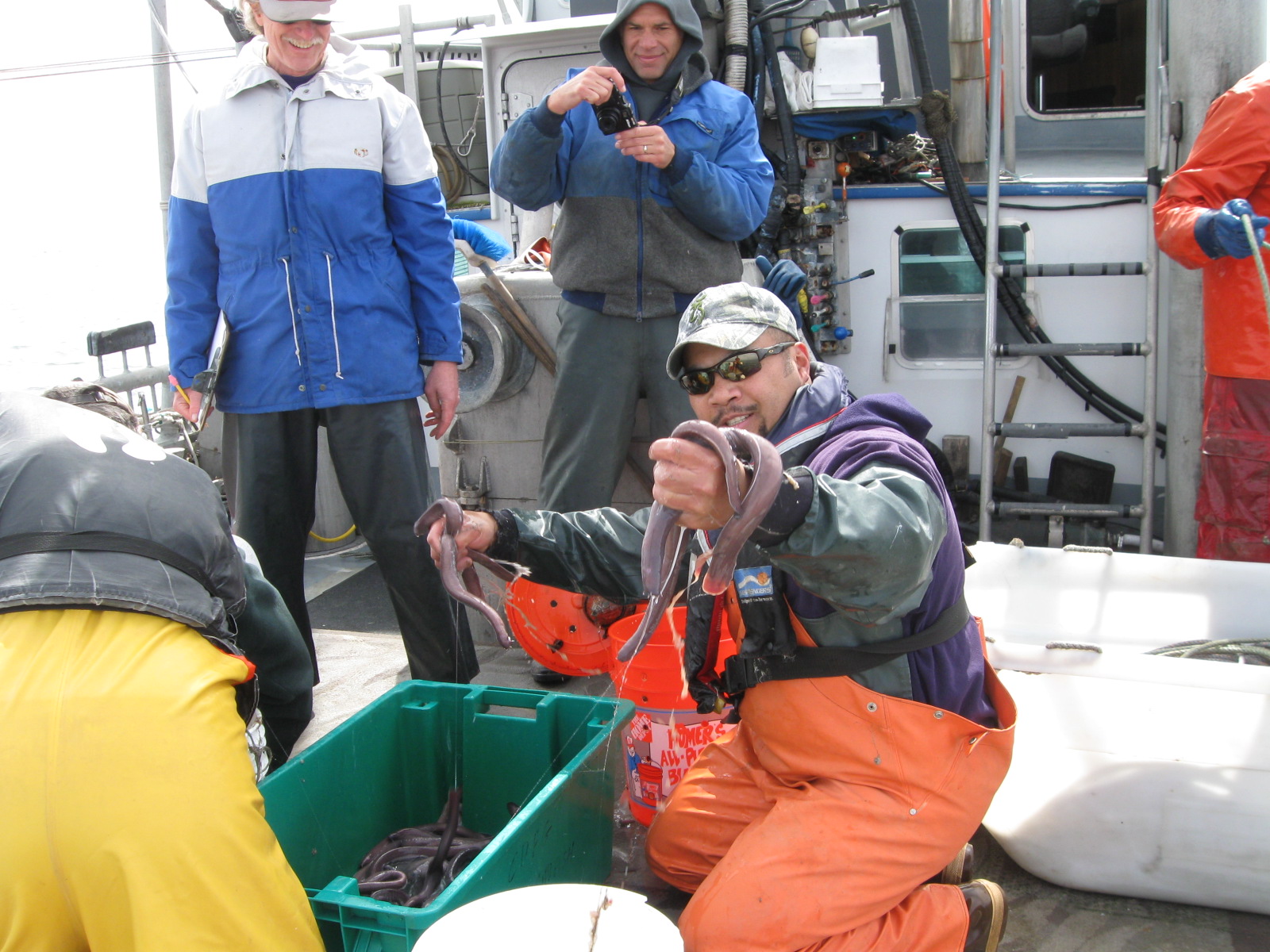