Internal waves moving through layers of ocean water break onshore in predictable ways, according to researchers at Scripps Institution of Oceanography at the University of California San Diego.

A recent research project funded by California Sea Grant provides the first detailed field observations of these hard-to-observe waves as they reach the surf zone. These findings could provide important data for scientists working to understand and manage near-shore ocean habitats.

Internal waves move along layers of ocean water with cold or salty dense water below them and lighter water above.

“They’re important because they mix nutrient-rich water from below the surface and transport these nutrients and other biologically important components on and off shore,” said Scripps postdoctoral researcher Greg Sinnett, who conducted the study as a graduate student working with Scripps oceanographer Falk Feddersen.

“These internal waves close to shore can also be important for diluting shoreline pollutants offshore, for example after it rains, by transporting them offshore as the internal waves flush the region," added Feddersen.

The surf zone between shoaling waves and land is where the waves mix runoff coming from shore and where deep waters interact with surface waters.  In a laboratory setting, researchers can color one layer of water to watch how internal waves move and mix. In the ocean, however, these waves are sometimes visible as slicks on the surface, but otherwise tracking their development and movement is a challenge.

Before now, internal wave studies had been done with moorings at one point, or by tracking dyes through the water column, but those techniques provide only a brief snapshot of conditions on a particular day and time. To track waves over a longer period, Sinnett and Fedderson set up a dense array of temperature recorders, or thermistors, to record for 30 days in 2014 at Scripps Pier. Since temperature affects water density, the researchers could follow the movement of internal waves using the detailed temperature recordings provided by the thermistors.

“You could actually feel the difference in temperature if you were swimming through it.” said Sinnett.

Using the temperature signal of cold water pulses, along with water speed and direction, Sinnett and Feddersen tracked enough waves to compare them to laboratory data. They found that many waves behaved like two-layer gravity currents previously observed in the lab and predicted by theory. Other waves showed more complex patterns, which although still consistent with the laws of physics, were harder to track and translate into models.

These new data are important because they provide a wealth of information for scientists working to better understand the ocean environment.

The work dovetailed with research conducted by another group of Scripps oceanographers led by student Madeleine Hamann.  Hamann’s research group typically studies internal waves in the open ocean that reach heights of hundreds of meters before breaking. She collaborated with Sinnett and Feddersen to place thermistors near the steep and narrow underwater La Jolla Canyon. The waters off Scripps Oceanography is bounded by that canyon to the south and Scripps Canyon to the north. Those topographic features likely influence the predictability of internal waves at the Scripps pier in some way, said Hamann. Analysis of the joint effort is ongoing.

“There’s plenty more to be done to fully characterize the internal wave environment for the near shore, but the fact that we're able to observe these waves propagate until their termination near the surf zone is noteworthy,” said Sinnett. 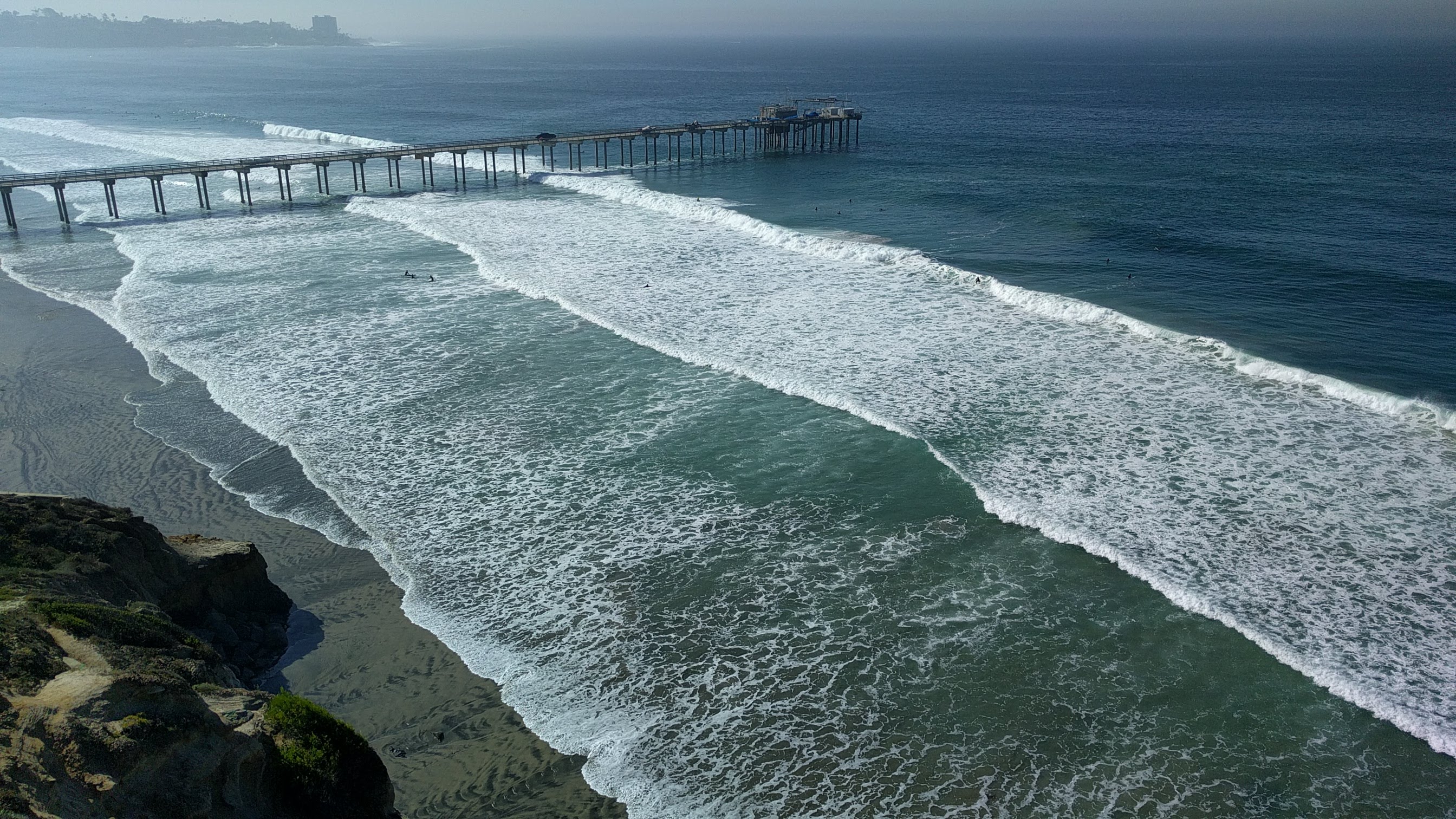 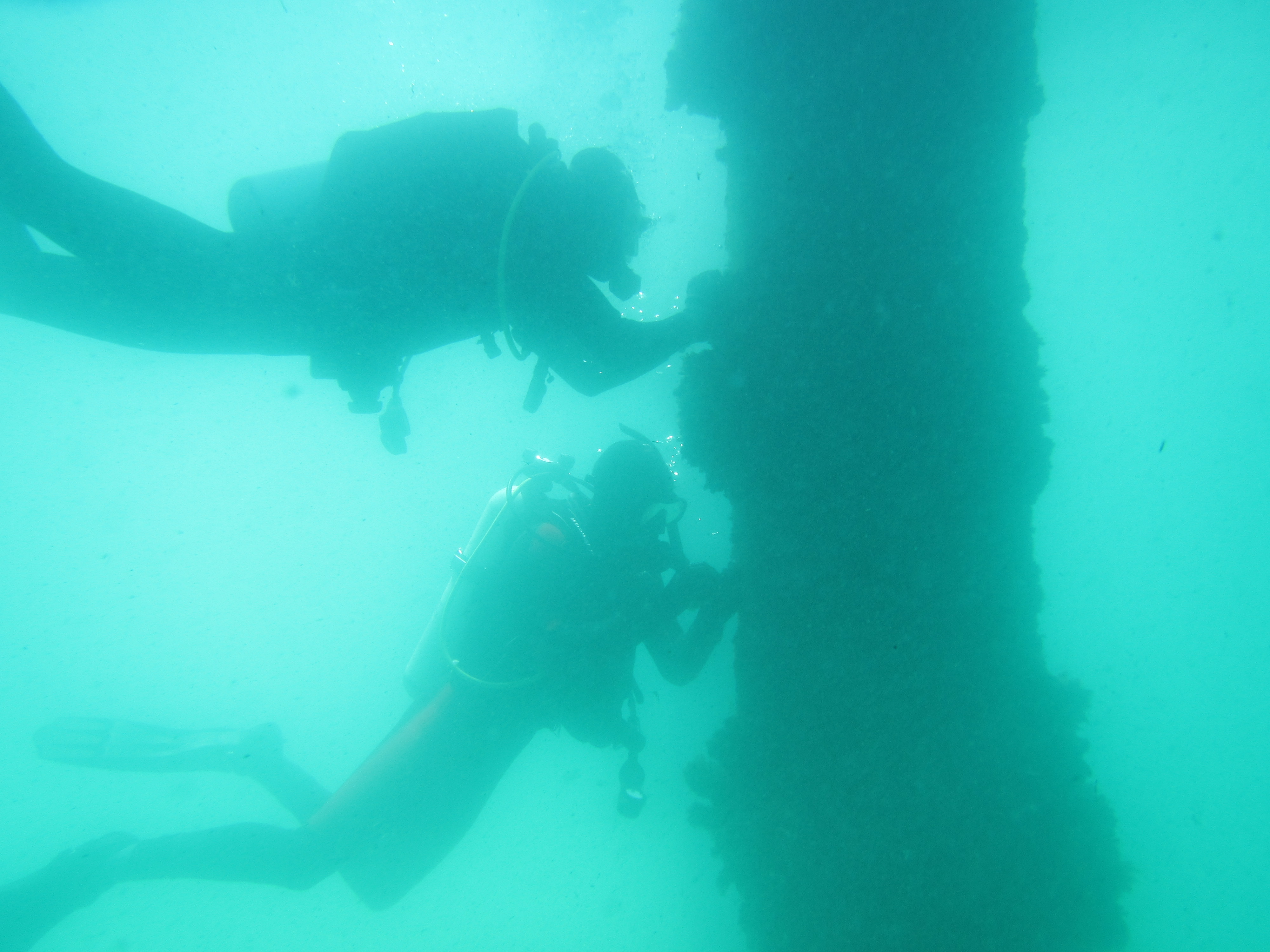 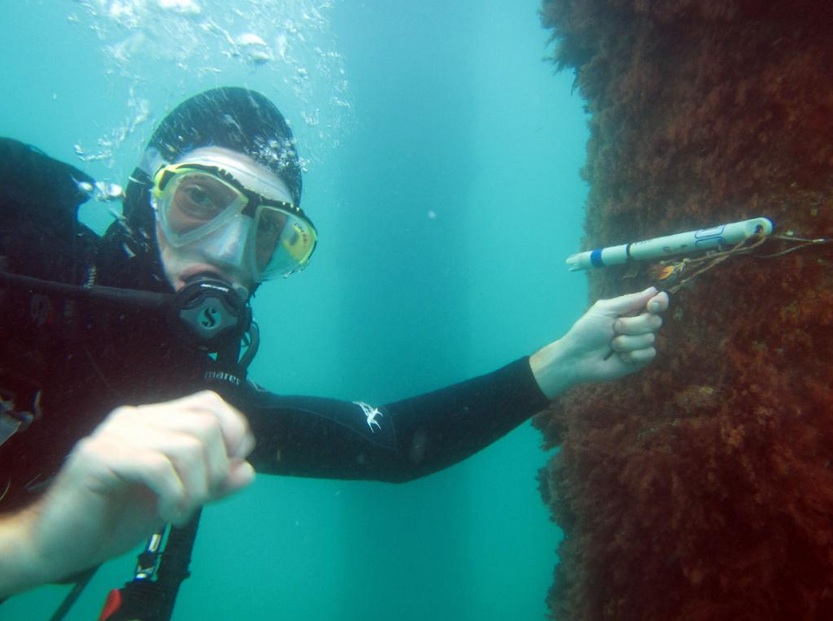 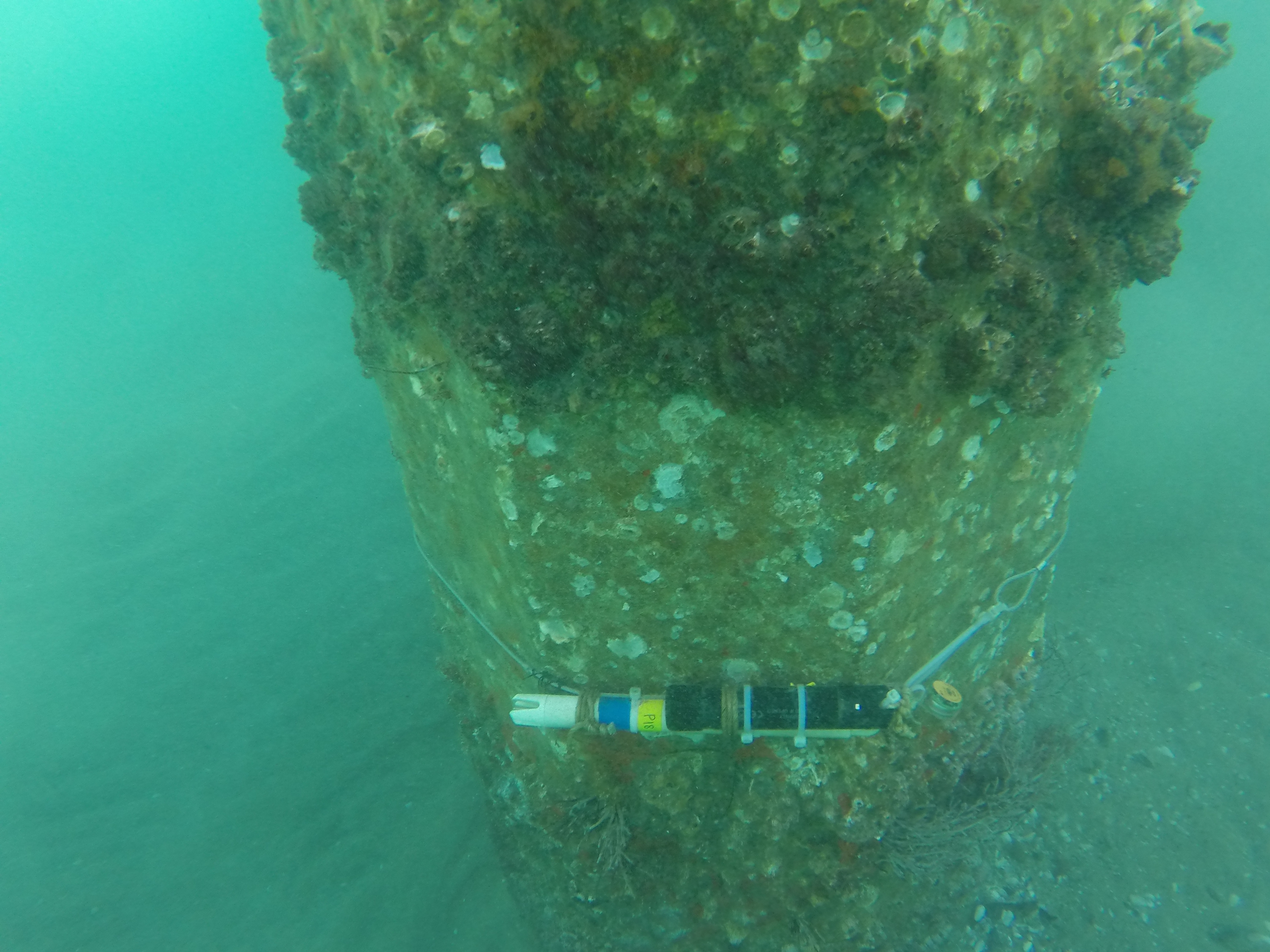