On April 11 and 12, 2019, the Humboldt Bay Symposium brought together nearly two hundred people with very different perspectives but one common goal. They all want to help build a bright future for the Humboldt Bay region.

This unique symposium, which happens every two years, was co-organized by California Sea Grant Extension Specialist Joe Tyburczy, who is based at Humboldt State University. He says, “This meeting is important because it is a chance for the community to hear directly from and ask questions of local scientists and decision makers. It’s a chance to talk directly about shared challenges, like climate change, as well as opportunities for sustainable development in the region.”

Sea-level rise is one area of major concern for coastal Humboldt County. The first day of the conference started off with a deep dive into sea-level rise planning and included speakers from the California Coastal Commission, Wiyot Tribe, US Fish and Wildlife Service, and US Geological Survey (USGS).

“What we’re planning for is 30 to 100 centimeters of sea-level rise by the end of the century—up to ten feet at the extreme end. That’s a huge range, and it doesn’t even include the impacts of wave and tides,” said USGS researcher Juliette Finzi Hart. Hart explained how the USGS is working with the California Coastal Commission and other partners to create better local models. Using these data, they are creating hazard maps that also provide planners with information about vulnerability of residents, employees, and infrastructure.

Climate change is also leading to changes in the ocean which are only beginning to be understood. On the second day of the conference, researchers from Humboldt State University presented research and observations on the health of the local ocean, which brought both good and bad news.

For example, Humboldt Bay supports a healthy eelgrass ecosystem, with the most expansive and intact eelgrass beds in California. Some hope that this eelgrass could help reduce the negative impacts of ocean acidification in the bay, and researchers including Tyburczy are working to better understand this effect.

Meanwhile, along the North Coast, researchers have seen die-offs of sea stars, rapidly shrinking kelp forests and proliferation of sea urchins. Scientists are still working to understand these changes but believe they may be related to the recent marine heatwave and strong El Niño, that happened to come at a time when the sea star die-off and other stressors were rampant – a perfect storm.

Yet on the positive side, recent surveys of marine protected areas suggest that these fishing-free zones are doing their job and protecting fish populations, which should help ensure fishing resources into the future.

A sustainable future for Humboldt Bay

While Humboldt Bay faces multiple challenges from climate change, the meeting highlighted several upcoming projects that could help the region not just adapt but thrive in a time of change.

One session focused on restoration projects showed how much the community has accomplished in recent years in protecting ecosystems, salmon, and the supply of water that supports them.

Joel Gerwein, who has worked in the region for over a decade with the California Coastal Conservancy, pointed out how conservation projects to remove invasive species, which he has been involved with, not only help native species, but can be done in conjunction with efforts to protect the land from sea-level rise.

Looking forward, the event ended with visions for future development, with planners from the cities of Eureka and Arcata and Humboldt County.

Larry Oetker of the Humboldt Bay Harbor, Recreation, and Conservation District presented a vision of a modern Eureka harbor, which could include a major facility to support offshore wind energy in California, new aquaculture projects, and cold storage for fishing.

The community also heard about plans for a new land-based aquaculture facility in development, an overview of the process for considering offshore wind energy development, and an overview of trail projects around the bay and throughout the region, including a proposed Great Redwood Trail which would connect Humboldt Bay to San Francisco Bay via the old North Coast Railroad corridor.

Oetker said, “We need to modernize the harbor, not to be a resource extraction economy, but to create sustainable jobs. I want my daughter and grandchildren to have a local place they can come back to and have jobs.” 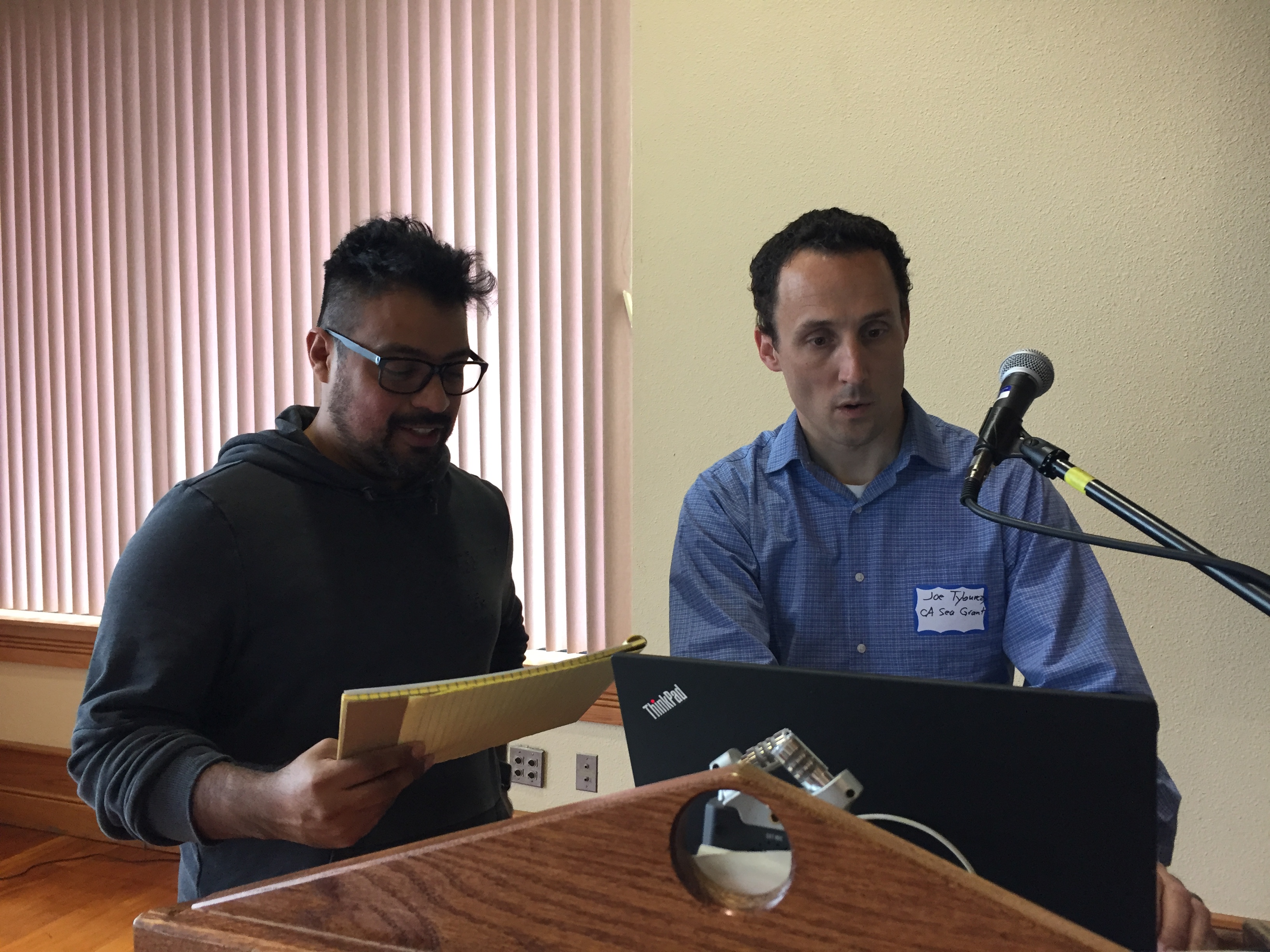 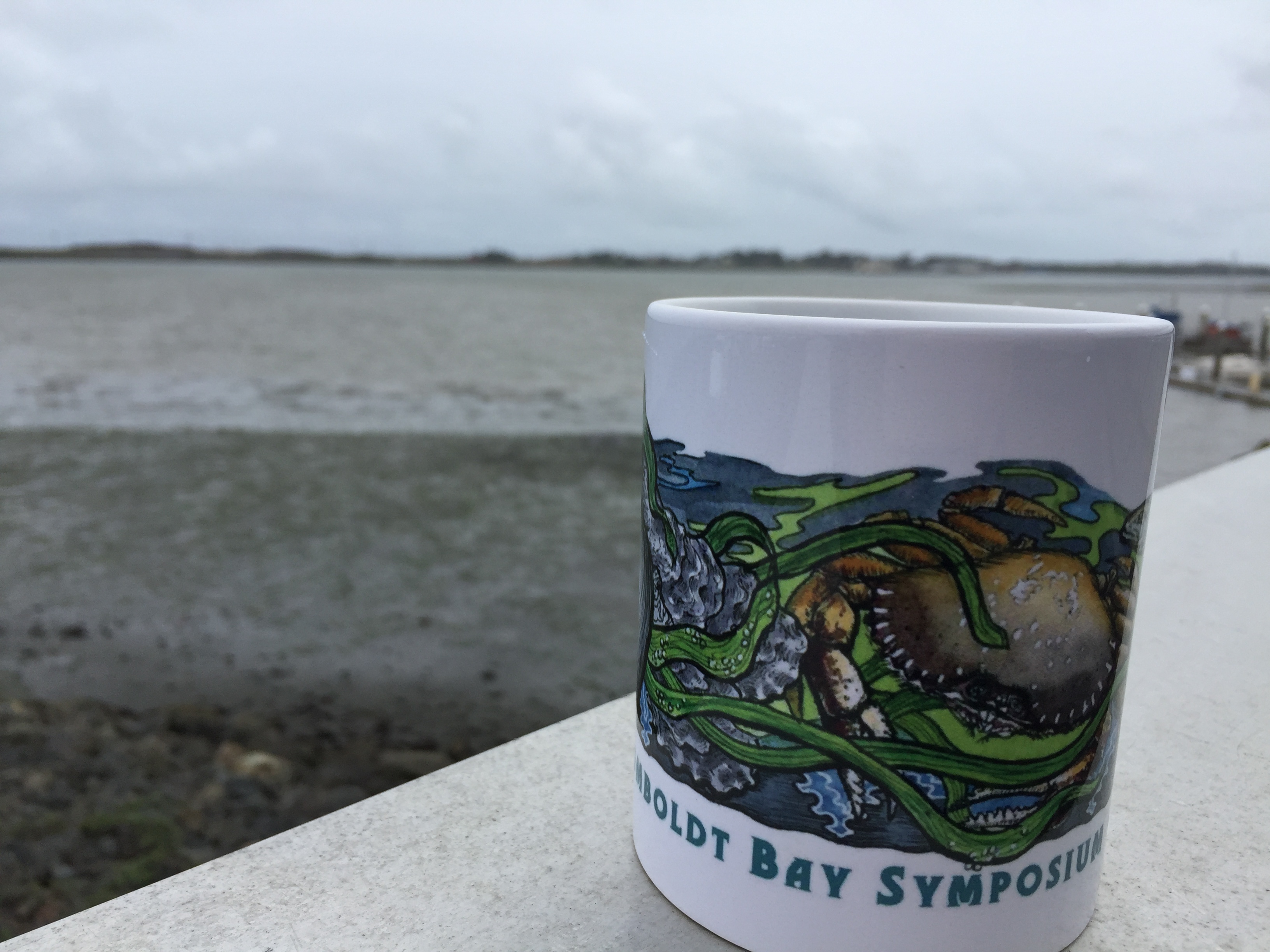 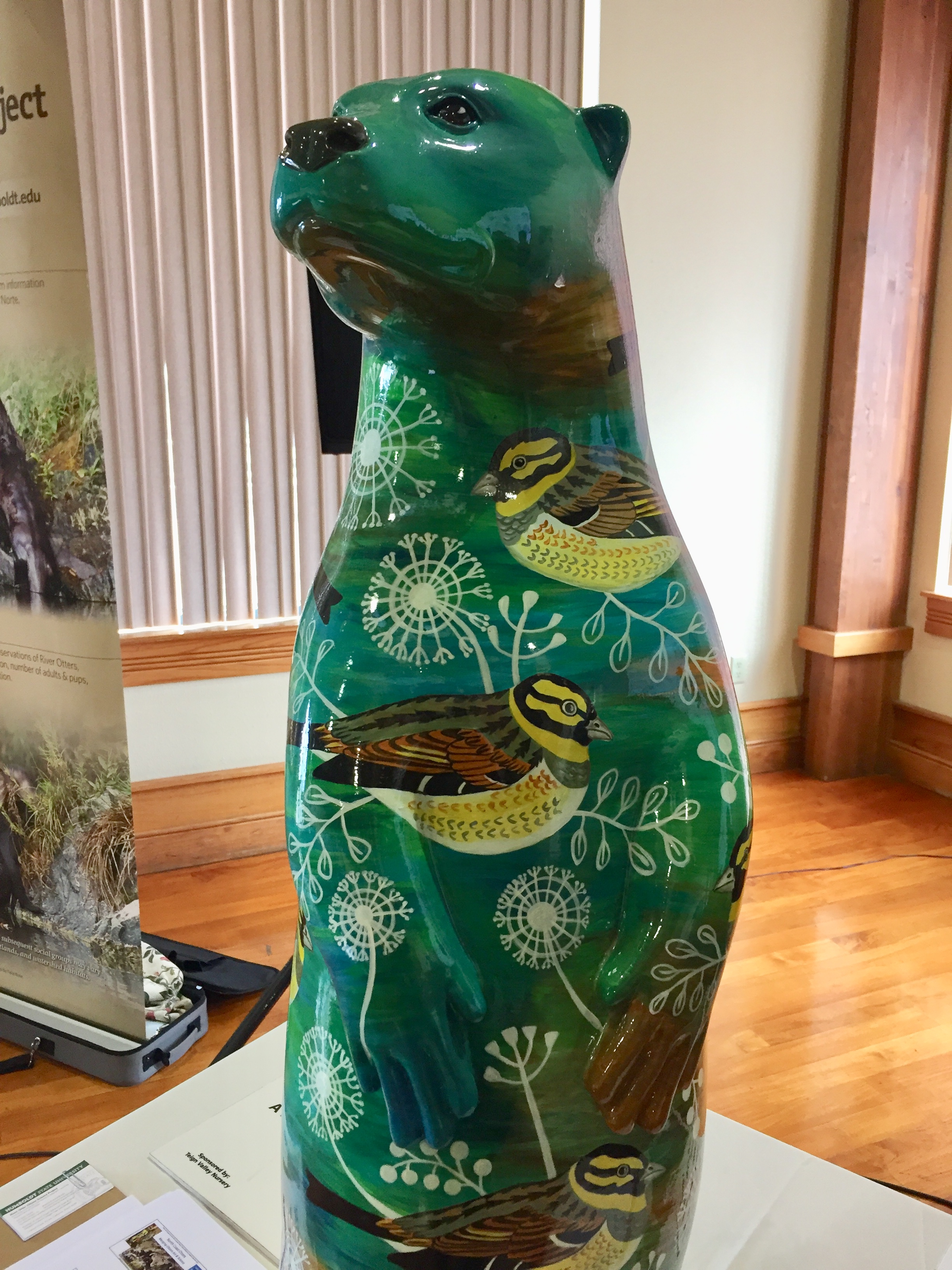