Getting to the bottom of ocean carbon export

The ocean is a major carbon sink, estimated to absorb more than a quarter of the carbon dioxide that humans put into the air, largely through photosynthesis by phytoplankton, microscopic plants living near the surface of the ocean.

The ocean is also one of the biggest question marks in climate modeling: scientists do not yet have a full understanding of the mechanisms that move absorbed carbon from the ocean surface thousands of feet down to the ocean floor.

Recent research at one station off the coast of California suggests that the carbon export to the deep ocean could be increasing, through more frequent “flux” events that dump large amounts of carbon in a short period of time.

New research from Moss Landing Marine Laboratories and Monterey Bay Aquarium Research Institute (MBARI) shows that the majority of this exported material comes from phytoplankton, or tiny plants, digested into fecal pellets that can sink rapidly through the water column.

“This process of sinking particles is called the biological pump,” explains Moss Landing researcher Colleen Durkin, who led a recent California Sea Grant-funded project in partnership with MBARI researcher Ken Smith and other scientists at MBARI and Moss Landing Marine Laboratories. Researchers hope that by better understanding what makes up the particles that reach the ocean floor—and how they get there—they can refine models of the carbon cycle and help improve projections of climate change and ocean processes.

The study also identified one unlikely star of the ocean carbon cycle--a gelatinous animal known as a salp. Salps are cylindrical, jellyfish-like creatures that filter-feed on phytoplankton. Through their digestion, they pack together microscopic plants into heavier fecal pellets that sink much more quickly than individual diatoms or other types of fecal material.

The study was made possible by a unique collection of data from a deep-ocean measurement station off the coast of Monterey. Over the past thirty years, MBARI researchers have been tracking the export of carbon using sediment traps at Station M, a long-term monitoring station established in 1989. Perched near the ocean floor, which is 4,000 meters (13,000 feet) deep at that point, the station includes sensors for temperature and ocean chemistry, as well as the sediment traps that collect detritus falling through the water to the bottom of the ocean.

Originally intended to observe seasonal changes in the deep ocean, data collected at the station has also led to a wealth of scientific insights from ocean weather to climate change impacts on the deep ocean. MBARI researcher Ken Smith who directs the research at Station M says, “The collaboration with Colleen began because of a mutual interest in defining the phytoplankton and other particulate matter collected in our long time-series sediment trap collections.”

Using specimens collected over the last 30 years, the researchers were able to identify around a dozen high-flux events for further analysis. Moss Landing Marine Laboratories graduate student Cindy Michaud examined these formalin-preserved samples under a microscope to identify and quantify the phytoplankton.

“We had this idea that these high flux events might be caused by a sudden dump of phytoplankton sinking really fast to the seafloor,” says Durkin.

“What she's actually finding is that the particles are full of fragmented diatoms. High flux events are definitely related to diatom blooms in the surface ocean, but it's not a whole bunch of fresh diatoms that reach the bottom. The cells are really fragmented, like they've been eaten.”

Durkin says, “The way that the carbon is sinking to that depth is not through individually settling cells. They're packaged into larger detritus like aggregates or the fecal pellets of zooplankton or other animals. What this time lapse camera is able to show us is how the carbon was packaged.”

Using a time-lapse camera system that could capture the particles as they landed helped Smith and MBARI researcher Christine Huffard—lead author of a recent study on the topic—pinpoint salps as the main source of fecal material in one event that took place during their sampling.

Salp fecal pellets are quite distinctive, and can easily be identified under a microscope, Durkin says. “They look like little squares, a lot like shredded wheat cereal… and what was really exciting is during that particular time period (one season from winter to spring), there happened to be a whole bunch of salp fecal pellets that massively increased the amount of carbon that was transported to the deep ocean.”

Further research will be needed to determine whether such salp pellet fluxes are  common and whether they are  responsible for high flux events, the researchers say.

The research team also installed an additional collection device to collect samples for genetic analysis which were analyzed and recently published in an article led by MBARI researcher Chris Preston. Consistent with the microscopy observations, the genetic data showed a massive amount of diatom DNA during a high-flux event, along with smaller amounts of zooplankton DNA, another clue that digestion by zooplankton is a key process. 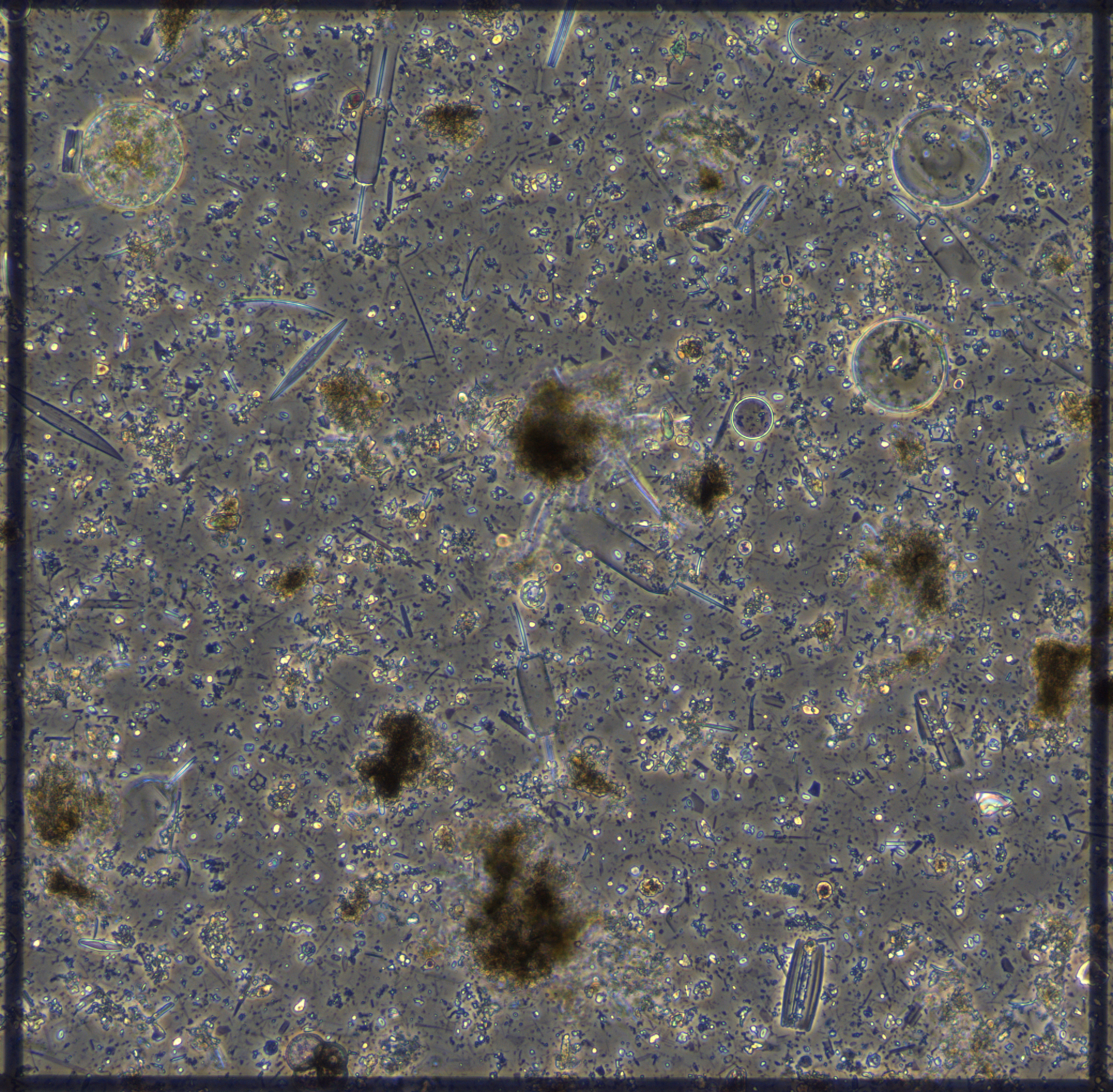 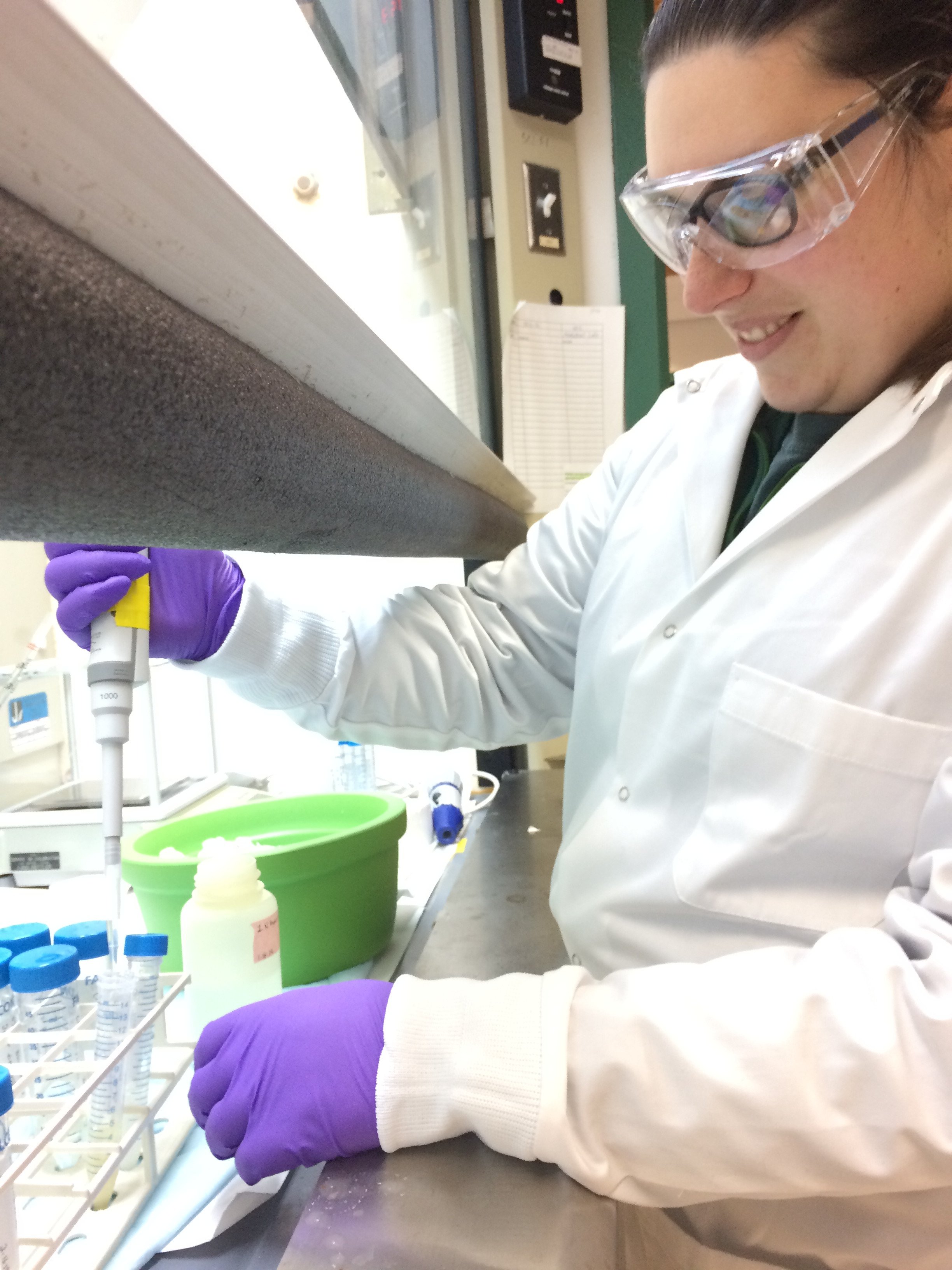 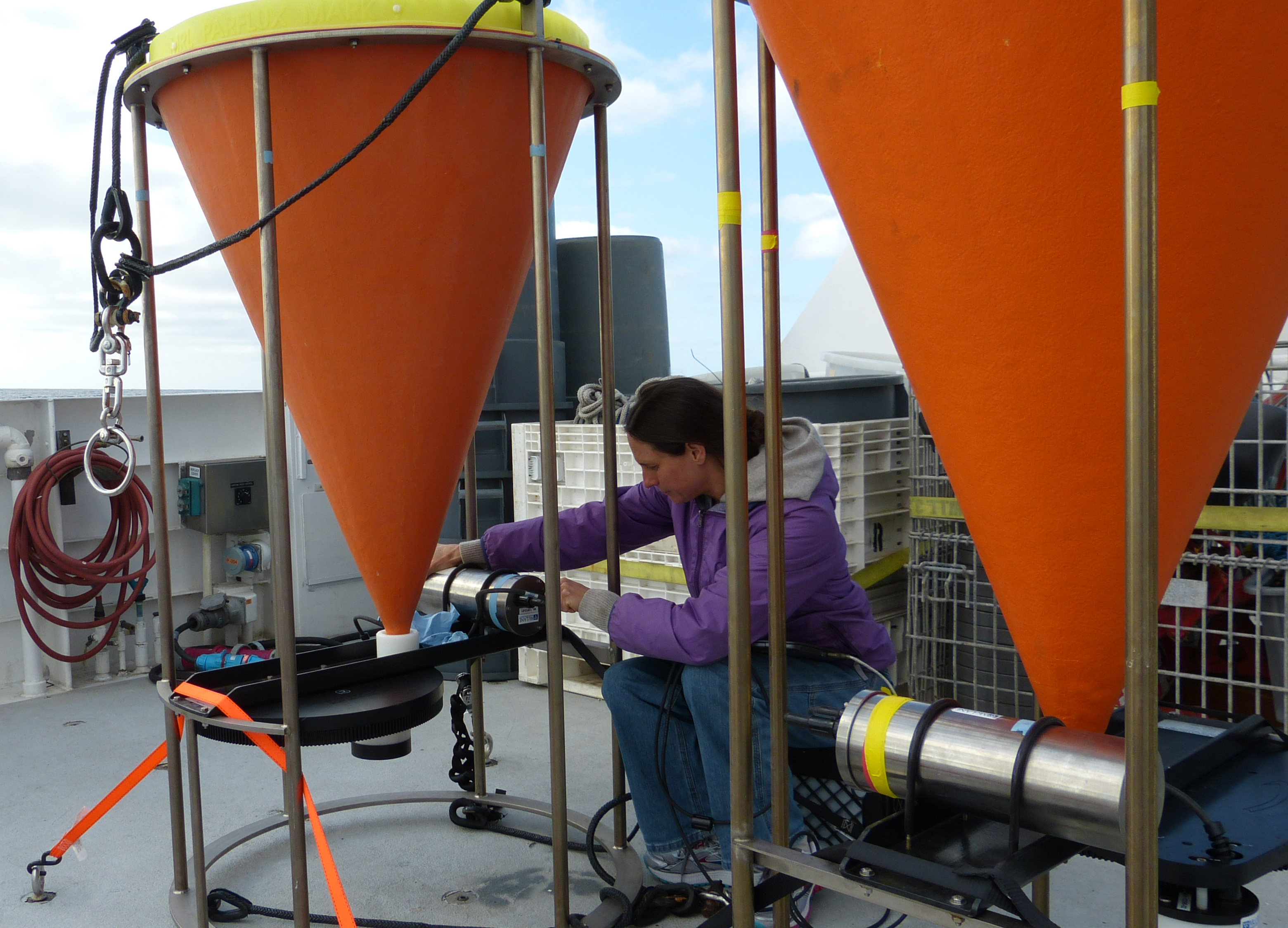