In March, Congress voted to continue funding for Sea Grant, which consists of 33 university-based programs in coastal and Great Lakes states that together provide an over 800% return on the federal investment.

The new projects will address important issues for the state of California, informing sustainable fisheries and aquaculture, environmental protection, and resilience to climate change.

“Sea Grant-funded research is directly applicable to challenges we are facing as a state and a nation. These research projects will help identify solutions to help protect our coastal environment and grow our economy,” says California Sea Grant Director Jim Eckman.

This year's funded researchers include Eunha Hoh, a researcher at San Diego State University who will lead an investigation into how California condors may be exposed to endocrine disrupting chemicals through their consumption of marine mammal carcasses. Ted Grosholz at UC Davis will conduct new research to aid oyster restoration efforts, which have been plagued by invasive snails called whelks. Other projects will look into important issues affecting California fisheries, including species abundance as well as toxins that can accumulate in seafood and make people sick. 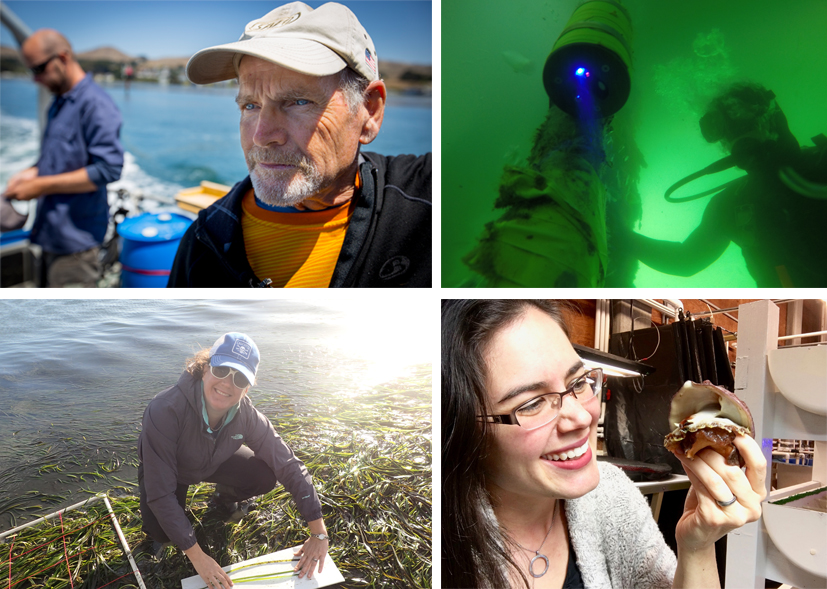 The projects below are expected to run between spring 2018 and spring 2020.