Project summaries for the 2013 Delta Science Fellows are listed and described below. 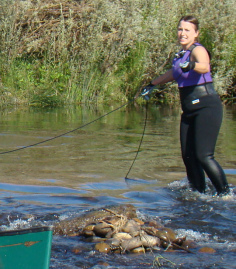 Chinook salmon begin and end their lives in the gravel-bottomed upland reaches of rivers, and it is believed that suitable habitat for salmon eggs occurs along stretches of gravel with good groundwater and surface-water exchange. A main goal of this project is to figure out how to predict the locations of where this exchange occurs. To do this, the fellow will study the effects of stream-flow releases and sediment characteristics on flows between river channels and groundwater aquifers.  Among the questions that will be addressed in the project’s early stages are: How does the geometry of gravel bars vary between natural, flow-altered and engineered gravel bars? What are the hydrologic implications of the observed geometry of gravel bars? And, what is the form and function of bend-bar morphology in terms of infiltration and seepage patterns, as it relates to suitable salmon spawning habitat? Findings are of relevance to identifying ways to restore spawning habitat for Chinook salmon through actions, such as gravel augmentation and altered managed flows. 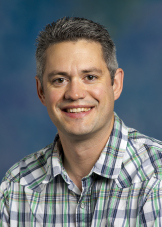 Scientists expect that climate change will increase San Francisco Bay’s water temperatures, potentially degrading habitat for species with preferences for cooler conditions. In the project’s first year, the fellow plans to document the thermal tolerances of three fish species in the bay: delta smelt, longfin smelt and inland silverside. Both smelt species are native fishes experiencing dramatic population declines, while the inland silverside is an abundant, exotic species with a high tolerance for a range of environmental conditions. In the project’s second stage, the fellow will attempt to identify the genes activated by thermal stress and will use these genes to develop an assay for assessing thermal stress levels in wild fish that might not have any outward signs of physiological distress (such as lower growth rates). Findings from this project will help identify species-specific biomarkers of thermal stress for long-term ecosystem management under climate change scenarios.

Scaling of the portfolio effect in Central Valley Chinook salmon: trends and implications 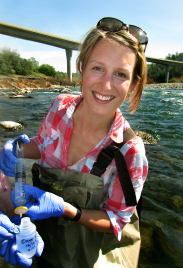 Is bigger always better? Recently published research suggests that bigger migrating young salmon are more likely to survive poor ocean conditions than smaller salmon of about the same age. But, does this size advantage hold true for all salmon populations under all freshwater conditions? The fellow will explore this question for juvenile Chinook salmon in the Central Valley. Abundance and size data from juveniles exiting their natal rivers and caught in traps will be analyzed and compared with size-at-outmigration reconstructions of adults that returned to their natal rivers to spawn, to see who really survives. The reconstructions will be based on analyses of otoliths (earbone-like structures) collected during salmon carcass surveys. Strontium isotope signatures in the otoliths will be used to determine where a fish was born, its size upon leaving its natal stream and upon entering the ocean. Scientists will compare patterns across a range of spatial and temporal scales (rivers, basins, runs, years and hydrologic regimes) to explore the importance of size-selective mortality and life-history diversity for juvenile salmon in the Central Valley. Results will be evaluated in the context of the portfolio effect, which argues that maintaining multiple and diverse salmon stocks will dampen boom-bust cycles in adult salmon returns and increase population persistence. 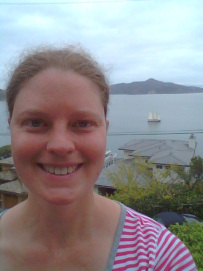 A growing body of scientific evidence lends credence to the theory that two species of exotic, invasive clams (Potamocorbula amurensis and Corbicula fluminea) in the upper San Francisco Estuary are likely depleting algal food resources, displacing native species and contributing to their decline. This project looks at whether climate change will, in highly simplified terms, make the clams more or less of a menace to other species. In the project’s first stage, the fellow will analyze a 22-year record of clam abundances in the upper estuary to explore trends in clam numbers (densities really) in relation to ambient water temperatures and water salinities. Laboratory experiments will quantify the effects of different water temperatures and salinities on clam growth, survival and feeding rates. Experiments will seek to simulate future climate change scenarios, their effects on clams and the food web. Outcomes from this project will help to unravel the drivers of the pelagic organism decline, the role of the clams in this decline, and predictions for food web dynamics under realistic climate change scenarios. 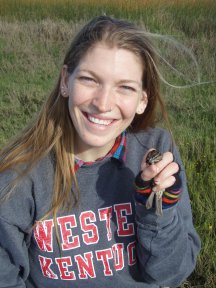 This project will explore the ecological role and impact of a highly aggressive, non-native plant in the mustard family, known as perennial pepper weed (Lepidium latifolium). Native to Europe and Central Asia, the noxious weed has invaded sensitive tidal wetlands of the San Francisco Bay-Delta and Suisun March, elbowing out native marsh plants, including the endangered endemic soft-bird’s beak. The core of the project will be a series of field-manipulation experiments, in which pepper weed and native plant densities are held constant and varied to evaluate the weed’s ecological consequences at various stages of invasion. Experiments will seek to quantify the weed’s impact on carbon storage, marsh plant productivity and food webs at sites with different salinity exposures. Findings may provide important insights into cost-effective control strategies for the weed and their implications for marsh restoration.

Optimizing salt marsh harvest mouse conservation through an investigation of demography, habitat use and multi-species management 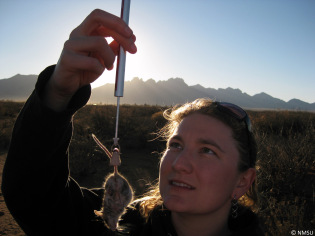 The salt marsh harvest mouse (Reithrodontomys raviventris) is the world’s only land mammal found exclusively within coastal marshes. Amazingly adapted to coastal living, the small mammal can can swim (yes, swim), drink salt water, and climb pickleweed to evade high tide. This project explores novel approaches to helping the endangered species thrive within San Francisco Bay’s small, highly fragmented marshes, further threatened by sea level rise. To do this, the fellow is live-trapping, radio-collaring and monitoring the mice at six sites within Suisun Marsh monthly. Three of the study sites are managed to enhance duck hunting. The other three sites are natural tidal wetlands. A main goal of the project is to establish population sizes of the mice at the six study sites and to figure out where mice go when the managed wetlands are flooded to create duck ponds for hunters. Her work will document much needed basic biological information on the species, such as its home range size, longevity, feeding habits and reproductive cycles. Finding may illuminate ways to rebuild mice populations, protect coastal wetlands and enhance duck populations, as other research has suggested that larger mice populations can reduce predation on duck eggs and chicks.

How do shallow-water habitats work? Using smart drifters to understand how flow and geomorphology interact to establish high-quality habitats 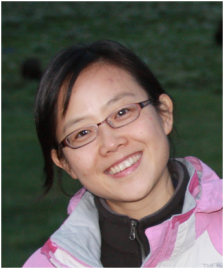 A UC Berkeley research team has built a fleet of floating robots that can be deployed in estuaries and rivers to track water movements and monitor various aspects of water quality. The drifters, officially called the Floating Sensor Network, are equipped with sensors that measure position (GPS), water turbidity, chlorophyll, salinity, and water temperature. For this project, the fleet of mobile sensors will be deployed in the Liberty Island wetland to better understand processes that affect phytoplankton abundances and the transport of phytoplankton produced in wetlands to open-water (pelagic) food webs. Understanding how tidal flows affect mixing and dispersion of water properties and phytoplankton is also a major focus of the project. The project’s three main objectives are to: 1) quantify effects of shallow-water flows through wetlands on water cloudiness (turbidity), chlorophyll (a measure of phytoplankton abundance), salinity and water temperature; 2) correlate drifter trajectories (i.e., water movements) to phytoplankton abundances, and 3) identify wetland features that encourage the transport of phytoplankton into the San Francisco Bay-Delta’s open waters. Findings should help identify wetland designs that would be most effective at creating habitats to support the pelagic food web. 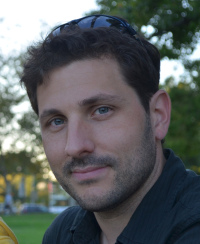 Sediment-bound mercury in the foothills of the Sierras – the legacy of the Gold Rush – is an ongoing source of the toxic heavy metal in the San Francisco Bay-Delta. This project seeks to demonstrate the ability to estimate surface concentrations of mercury’s toxic bioavailable form (methylmercury) based on the optical properties of methylmercury-containing organic material, as measured by NASA’s Portable Remote Imaging Spectrometer (PRISM) sensor, developed by NASA’s Jet Propulsion Laboratory.  The fundamental premise of the research is that methylmercury, when bound to organic material in the water column, will have a uniquely defining spectral fingerprint. For this project, the PRISM sensor will be mounted on an airplane and flown over the Bay-Delta multiple times to obtain data on water color (reflectance) at 1- to 2-meter resolutions. The precise number of flights will depend on funding; however, the goal is to survey the region seasonally, before and after large rainfall events, and over a tidal cycle. The fellow will develop an algorithm for estimating methylmercury concentrations and will test and validate it with direct field measurements. If the algorithm proves reliable, the fellow will use the reflectance data to monitor the effects of wetland restoration, periodic flooding of rice fields and precipitation on methylmercury concentrations. The remote sensing data will also be used to quantify the photochemical degradation of methylmercury. 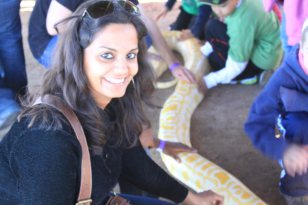 The Delta Science Fellow will apply techniques she developed to study the dune fields on Titan – Saturn’s largest moon – to monitor very small deformations and movements at and around levees in the Sacramento-San Joaquin Delta. These levees protect freshwater canals and land from flooding due to subsidence and sea level rise. Her project builds on a NASA-funded study, led by her academic mentor, that has used some of the data from NASA’s L-band Uninhabited Aerial Vehicle Synthetic Aperture Radar (UAVSAR) instrument to track levee stability in the delta. The goal of this project is to combine and use all available L-band UAVSAR data to more fully characterize levee stability and movement, as well as seepage of water behind levees. If the work goes as planned, results will help determine underlying processes affecting levee subsidence and movement. Such information would be of great use to water and land management programs in the region. 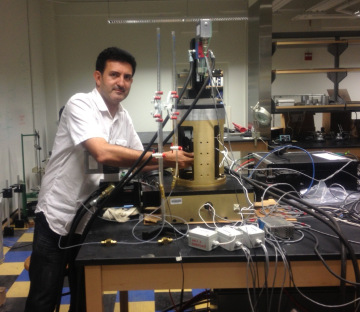 The Delta Science Fellow leading this project will study the post-earthquake volume change (settlement) of peaty soils. Peaty soils are associated with wetlands and contain high amounts of partially decomposed plant debris. These soils underlie many of the region’s earthen levees and their deformation potential is an important factor in seismic hazard assessment. Though the engineering community is well aware of this mechanism’s importance, most previous studies have focused on understanding the post-seismic response of “traditional” soils such as clay and sand. This project will fill a much needed gap in the ability to evaluate levee stability following the next “big one” by looking more closely at peaty soil dynamics. In the project’s first year, the fellow will conduct laboratory tests on peaty soil samples gathered from Sherman Island, the site of a field-scale model levee test in 2011 and 2012, to measure their seismic deformation potential and cyclic deformation potential. The fellow will utilize a digitally controlled simple shear device, recently modified to perform cyclic shearing under realistic field conditions during and after an earthquake. These modifications will greatly enable relevant soil testing. Findings will further refine and improve seismic hazard assessment within the geologic context of the delta.