California condors are an iconic North American conservation story—after the near collapse of the species in the 1980s, the birds have since made small rebounds due to captive breeding programs geared for reintroduction. These efforts were largely led by San Diego Zoo Global, who grew the remaining condor population of 27 individuals; 22 of these actually bred and served as the founders for the current population, which stands at over 480 individuals.

The historical range of condors once spanned from Washington state, south to California and Baja California, Mexico, and east to Texas. Now, they can be found only in isolated pockets of coastal and inland areas in California, Arizona, Utah, and northern Baja California. In efforts to restore the species’ native habitat range, Stack and other researchers are trying to distinguish which variables have been responsible for the collapse of the population, and where to focus their attention. 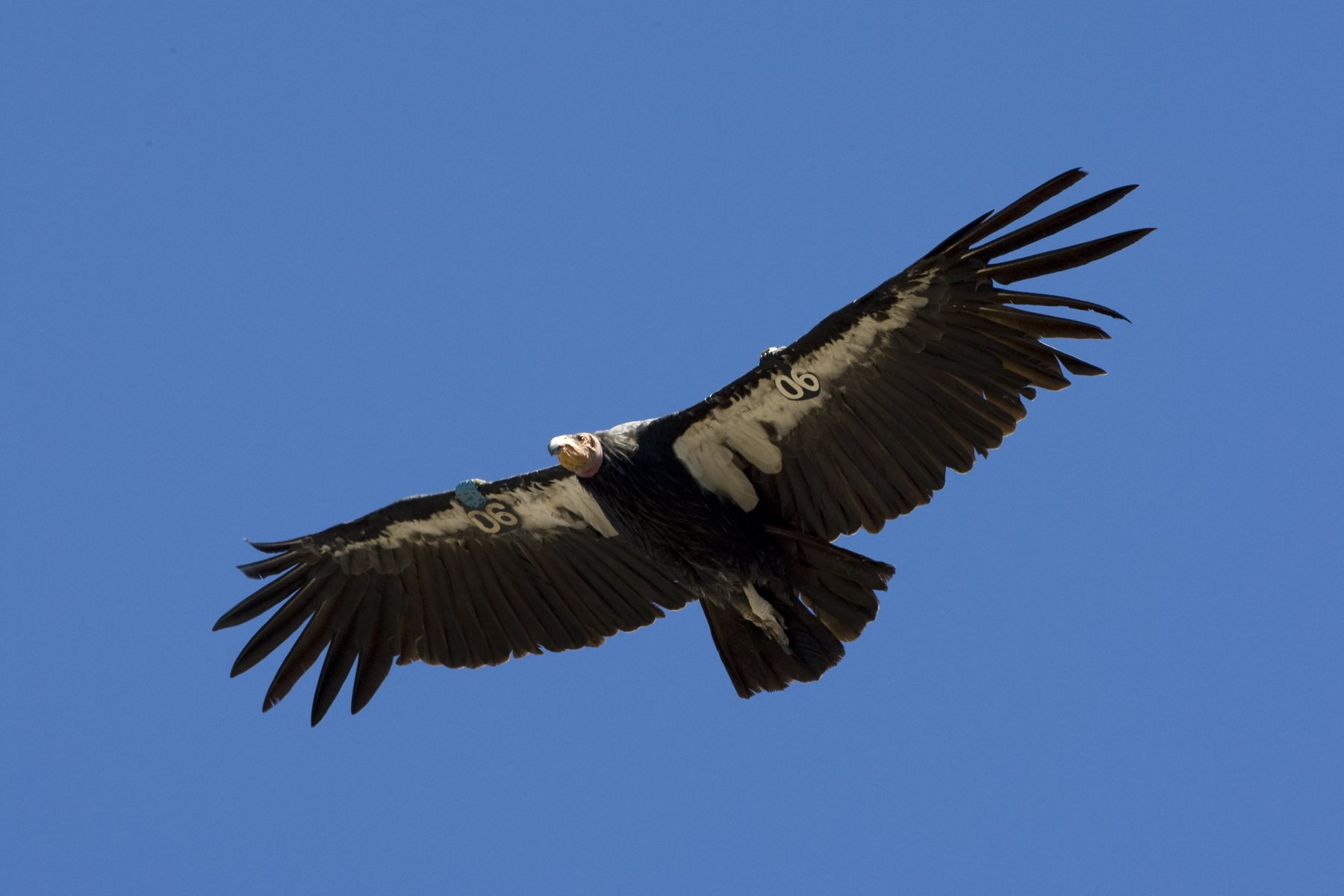 San Diego Zoo Global and U.S. Fish and Wildlife Service have been collecting blood samples from condors for years. In the California Sea Grant funded project, Stack, Hoh, and colleagues are using non-targeted techniques to analyze these samples for halogenated compounds, specifically those that contain bromine or chlorine.

“These compounds tend to be considered endocrine disruptors, which leads to poor reproductive success, and ultimately the inability for the condors to replenish their population,” says Stack.

Stack’s preliminary findings have shown that coastal condors have approximately 44 of these chemical compounds in their blood samples, whereas the inland populations have about 18. This striking difference between the two populations has led researchers to consider whether those 25 compounds strictly observed in the coastal samples could be the root of the endocrine disruptors. The chemical of interest for Stack and her team is called tris(4-chlorophenyl)methane (TCPM), which is an impurity from the notorious insecticide DDT. The pollutant is still persistent in the environment, despite being outlawed in the 1970s. 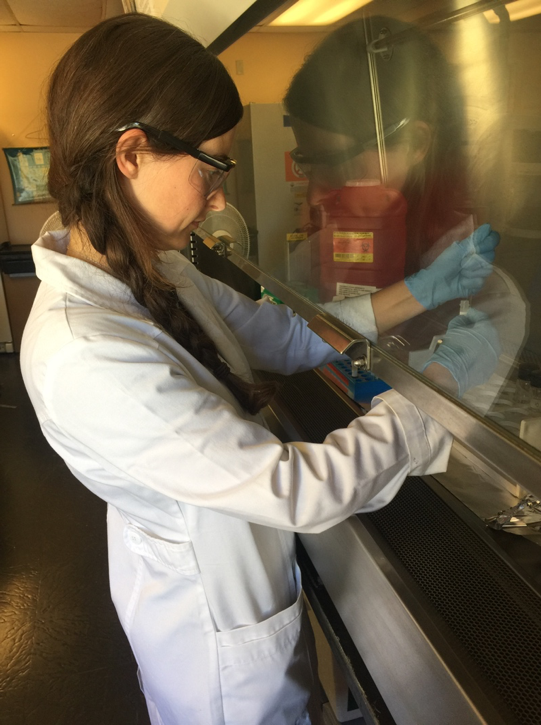 Stack working with condor blood samples in the lab. Photo credit: Jade JohnsonPrevious work by the Hoh lab has shown that marine mammals off the coast of California have a high concentration of environmental pollutants in their blood. When decaying marine mammal carcasses wash up on California’s beaches, condors feast on the remains, consequently transferring high concentrations of contaminants into their system. These eating habits have led to extreme eggshell thinning and less healthy chicks when compared with inland populations. Stack says this is particularly troubling for conservation efforts.

“The immune systems of condors are exceptional, and critical for the health of the environment [because] they are able to break down pathogens from their prey, preventing the spread of these compounds into the environment,” said Stack. This makes condors especially susceptible to contaminants from, and partially explains the near collapse of the species in the 1970s and 80s with the use of harmful pesticides or lead bullets from hunting.

The next steps for this study include assessing natural compounds in the environment that may also be causing endocrine disruption in condors. San Diego State University researchers are collaborating with San Diego Zoo Global to test the extent of endocrine disruption caused by the identified compounds of interest. Further information on these natural compounds, in addition to understanding the pollutants in marine mammals off the coast of Baja California, will help researchers assess the risks of reintroducing condors to coastal Mexico by understanding the effects of endocrine disrupting chemicals and identify conditions for favorable conservation outcomes.

“Since our environment is under many different stressors, most of which are from human activity, it is our responsibility to ensure that ecosystems are still in place and functioning. Even though we are mostly focusing on critically endangered condors, this project is aimed to strengthen a lot of biomonitoring techniques to understand which compounds are in the environment, and how they may be affecting other species in the ecosystem,” said Stack.

With her research, Stack recently won 1st place, in the interdisciplinary category at the California State University 33rd Annual Research Competition, along with the best graduate student presentation at the Society for Toxicology and Environmental Chemistry meeting.