Ocean acidification is bad news for shellfish, as it makes it harder for them to form their calcium-based shells. But climate change could also have multiple other impacts that make California bays less hospitable to shelled organisms like oysters, which are a key part of the food web.

Changes to water temperature and chemistry resulting from human-caused climate change could shrink the prime habitat and farming locations for oysters in California bays, according to a new study from the University of California, Davis.

The study, published last week in the journal Limnology and Oceanography, shows that changes to dissolved oxygen levels, water temperature, and salinity could have an even greater impact than ocean acidification on oyster growth in estuaries and bays.

“The study demonstrates that focusing on ocean acidification alone is misguided,” said UC Davis Professor Ted Grosholz, who led the study with funding from California Sea Grant. “Many climate-related stressors contribute to the projected shrinkage of the estuarine zone, where oysters and likely other shellfish would need to flourish.”

California is home to two oyster species, whose primary habitats are partially enclosed estuaries and bays like Tomales Bay, where Grosholz and colleagues focused their research. The native Olympia oyster is an important foundation species for marine ecosystems, providing structure and food upon which other species rely. The Pacific oyster, though not native to California, is commonly farmed for food in the state, supporting a $25-million industry.

The growing problem of ocean acidification—caused by increased carbon dioxide (CO2) in the atmosphere—has been a subject of concern among oyster growers and biologists in California. 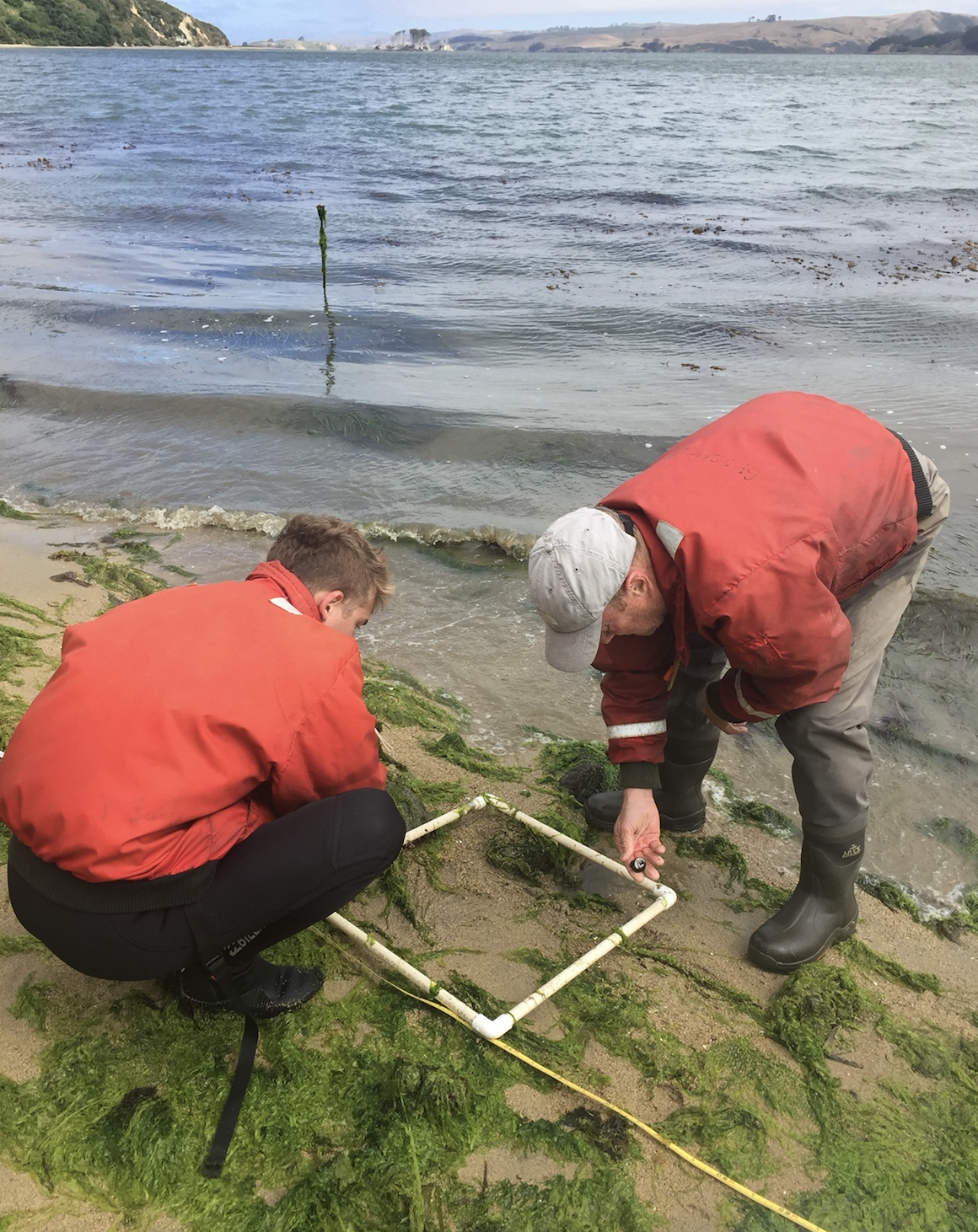 Researchers Ben Rubinoff (left) and Ted Grosholz conduct field surveys in Tomales Bay. Photo credit: Jason SadowskiIn the estuaries and bays where oysters grow, ocean acidification is a much more complicated process than in the open ocean. Out at sea, the process of ocean acidification is mostly driven by atmosphere CO2 – as concentrations go up in the atmosphere, more CO2 dissolves into the water, making it more acidic.

What’s different about estuaries, said Grosholz, is there are lots of other inputs that can influence acidity.

“In an estuary, you have freshwater coming down from rivers, and there are plants, macroalgae, and phytoplankton that are much more abundant and greatly influence pH,” he said.

This leads to daily cycle of changes in pH (the measure of acidity) that can far exceed pH changes in the ocean.

Estuarine organisms have evolved with this variable pH regime, which could make them more resilient to ocean acidification. But other factors important to oyster health, such as temperature, salinity, and dissolved oxygen, are also projected to change with climate change.

Grosholz started the research project in 2014 with UC Davis researcher Ann Russell to explore the impacts of acidification in estuaries and tease out other potential climate change impacts on oyster growth and health.

From 2014 to 2017, the researchers planted juvenile oysters of both species in test beds at nine different locations in Tomales Bay. They monitored their health over one-month periods, during a variety of seasonal conditions. At the same time, they closely monitored water chemistry, temperature, and other conditions at each location, and measured the growth and mortality of the oysters.

They also conducted field experiments with oyster larvae to see how the variations in conditions affected survival and settlement—the process by which shellfish change from free-floating larvae and settle on a hard surface.

A stressful combination of threats

In California, climate change is expected to lead to increased variability in precipitation, higher water temperatures, and increased upwelling. The study suggests that this combination of effects would lead to greater stress on oysters, particular at the edges of bays that connect to rivers and the ocean.

“This means the oysters will be getting squeezed at both sides, reducing the zone of habitat they can thrive in,” said Grosholz.

The study provides insight for oyster restoration projects as well as commercial oyster farmers. For example, projections for suitable oyster habitat could help determine where to site projects and farms for the best chance of success.

“Oysters settle to rocks so they cannot move and track changing water conditions like some other organisms,” said UC Davis graduate student Jordan Hollarsmith, who is first author of the study. “The goldilocks zones within California estuaries, where conditions are just right for maximum growth and survival, are incredibly important for the economic success of farmed oysters and the ecological success of native oysters. Our findings help us to understand the environmental factors that make these zones so favorable, which will aid in restoration and aquaculture efforts.” 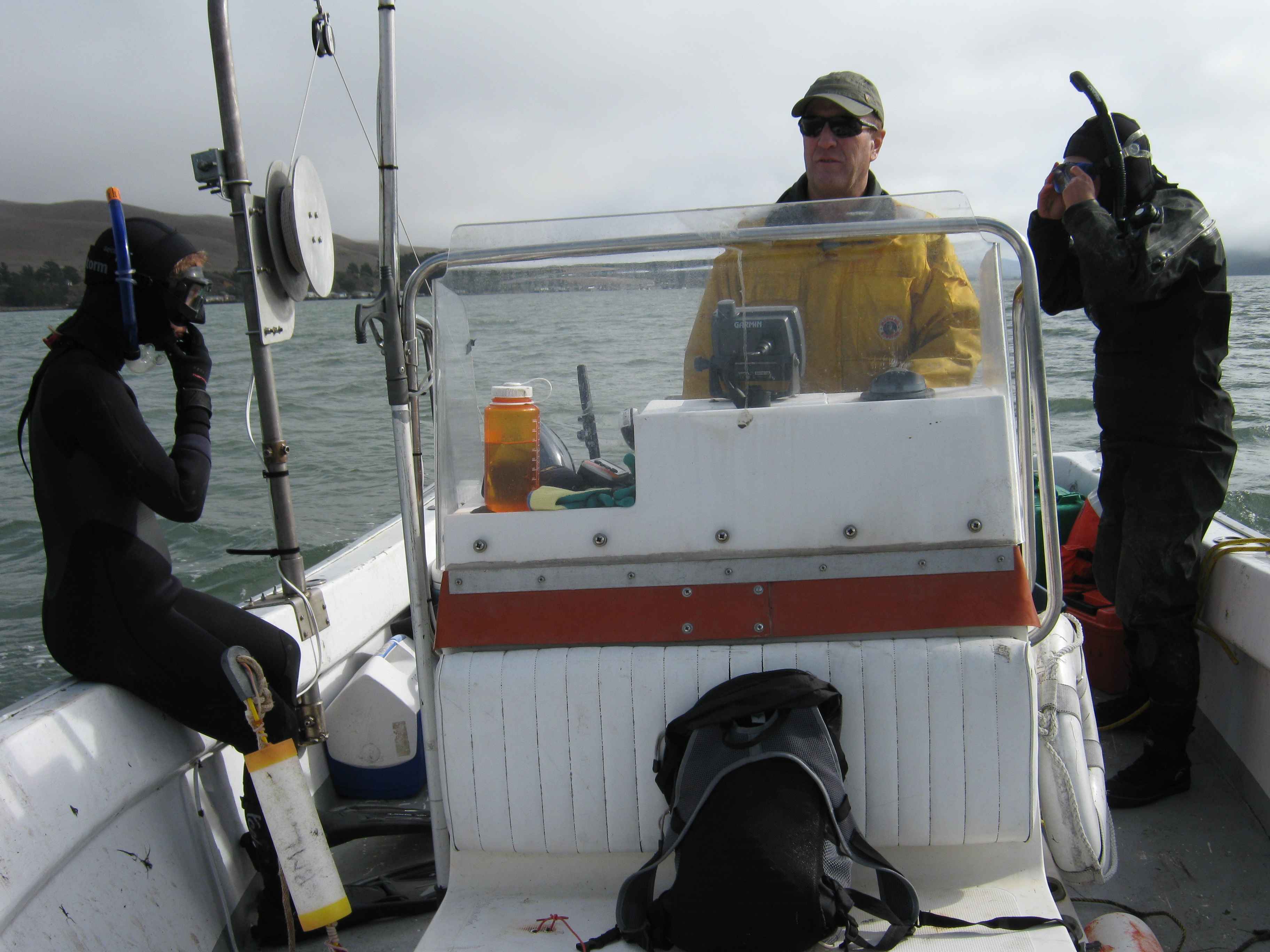 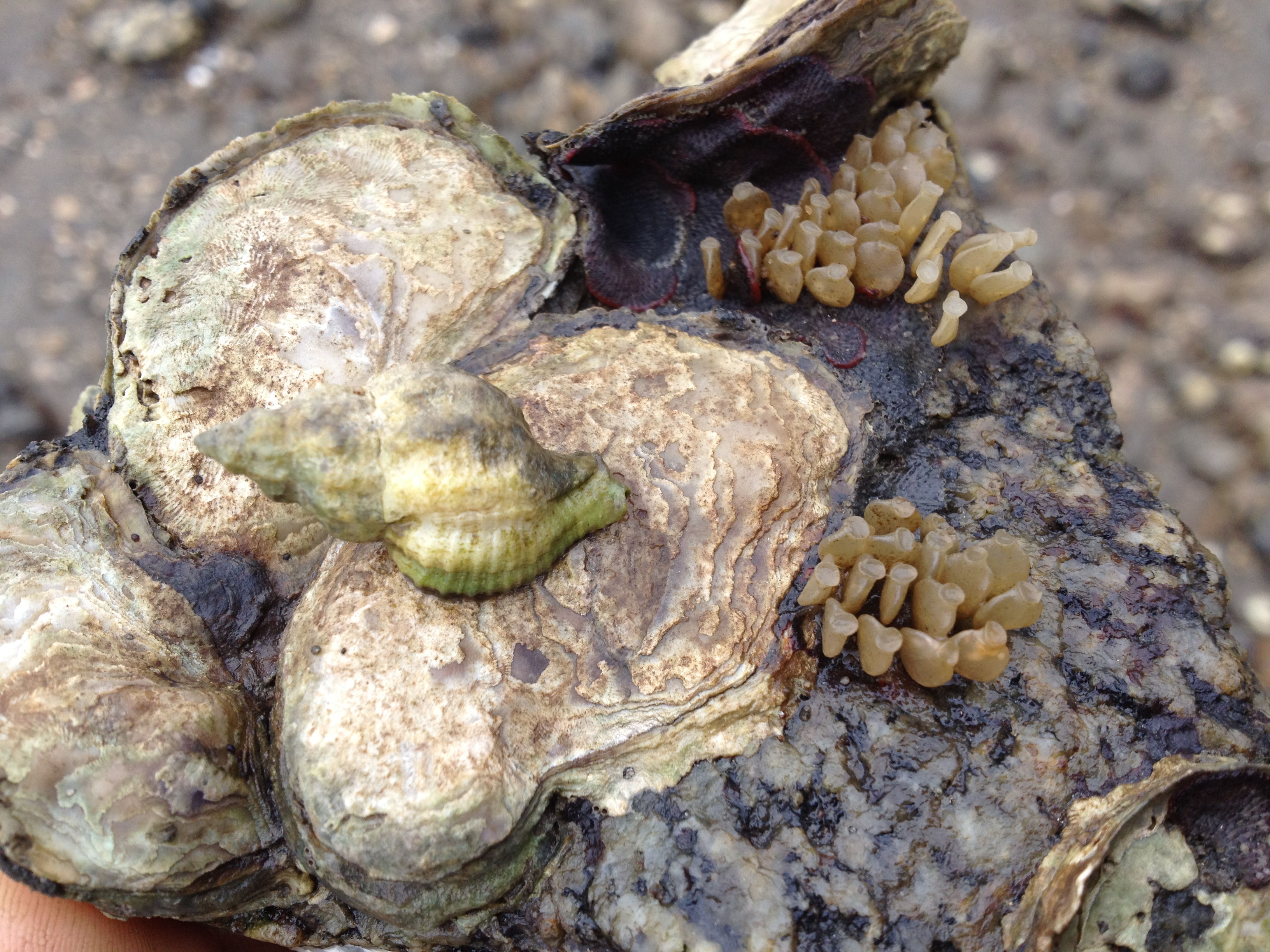 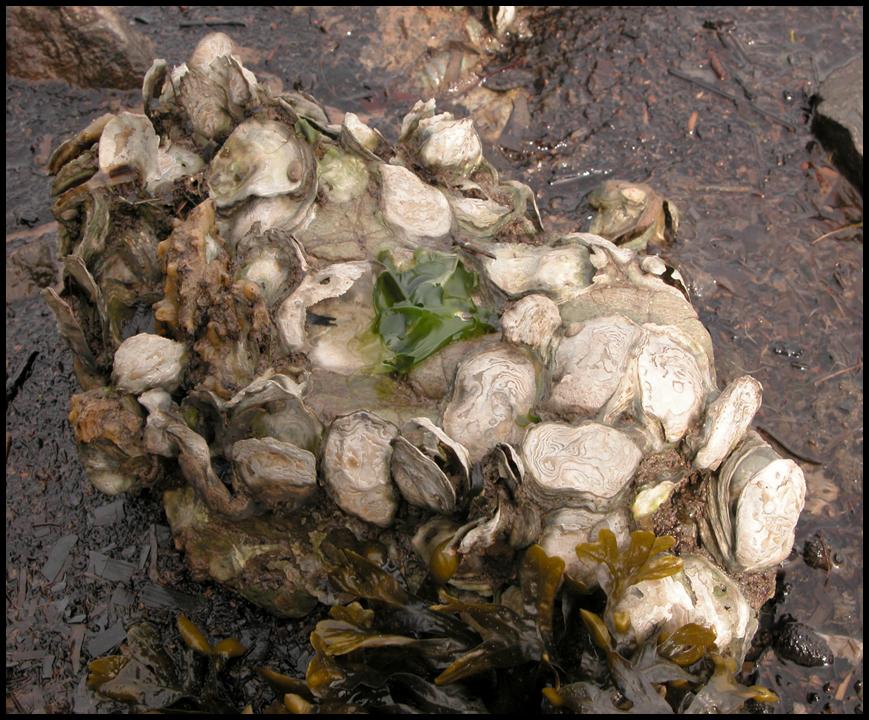