The CALFED Science Fellows program funds postdoctoral and graduate researchers to work with community and scientific mentors on targeted CALFED program research priorities, including collaborative data analysis and Bay-Delta projects. This month, Science News spotlights Fellow Walter N. Heady, winner of the science conference student oral presentation for his talk on the movement and survival of steelhead trout in the Mokelumne River.

An avid naturalist who enjoys observing plants and animals, their diversity and behavior across the landscape, Walter Heady holds a bachelor’s degree in biology from UC Santa Cruz (1996) and is currently a fourth-year doctoral student in the Ecology and Evolutionary Biology Department at UC Santa Cruz.

This award-winning CALFED Science Fellow’s current research interests are in understanding the effects of stream flow, water temperature and food availability on juvenile steelhead / rainbow trout (Oncorhynchus mykiss) growth, survival and movement in the Mokelumne River. He is also interested in how these factors in turn affect whether individuals of the species remain in fresh water as a resident rainbow trout, or migrate to sea and then return to spawn as an anadromous steelhead, and how this affects population dynamics over time.

Steelhead populations, like other salmon, are in severe decline, Heady said at the Science Conference during the presentation of his project, Fine Scale Habitat Associations, Movement and Survival of Steelhead Trout of the Mokelumne River, CA using Acoustic Telemetry in Standardized Transects. In California, all but one steelhead ‘Distinct Population Segment’ is listed as threatened or endangered. (A Distinct Population Segment is a subgroup of a vertebrate species that is treated as a species for purposes of listing under the Endangered Species Act.)

In the Central Valley, steelhead declines are linked to water management with dams eliminating approximately 82 percent of historical spawning and rearing habitat.

Heady has discovered that two side channels constructed in September 2005 on the lower Mokelumne River provide rearing habitat for juvenile steelhead and Chinook salmon (O. tschawytscha), whose populations are also in severe decline. Results from monitoring the side channels for a year following construction showed rapid colonization by freshwater macro invertebrates, Heady said. The abundance and diversity of these insects, worms and other invertebrates dramatically increased within the channels through the monitoring period. The channels and the invertebrates provided beneficial habitat and prey to juvenile steelhead and Chinook salmon. Water releases from Camanche Dam were not sufficient to wet the side channels in the subsequent two years, and so the channels remained dry and inaccessible to fish.

In the context of ecosystem-based management, results of this study suggest that the value of these engineered side channels are realized when integrated with flow management. The side channels provide both food and habitat that can enhance growth and survival of juvenile salmonids only if sufficient discharge is allocated to such habitats.

In collaboration with the East Bay Municipal Utilities District, the University of California, California Department of Fish and Game and Cramer Fish Sciences, Heady also conducted two years of acoustic telemetry of more than 300 wild and hatchery Mokelumne River steelhead. (Acoustic telemetry is the tracking of fish by means of an implanted audio transmitter or “tag” that emits a sound pulse.) This study is an effort to answer questions related to steelhead behavior, movement and survival within the freshwater system prior to, during, or instead of seaward migration.

Beginning in February 2007, Heady, traveling weekly to monthly in a 12-foot aluminum skiff, monitored the locations of acoustically tagged steelhead along 39 kilometers of the Mokelumne River between the upstream limit to anadromy at Camanche Dam and tidal influence. (Anadromy is a life history in which fish are born in freshwater, migrate to the sea for rapid growth to attain large sizes and return to their natal rivers to spawn.) As of June 2008, 126 wild steelhead had been tracked. Monitoring will continue through March 2009.

Results indicate the importance of local habitat quality on steelhead survival. If habitat is insufficient to support fish, they must move, thereby increasing their risk of mortality. The importance of sufficient flows is highlighted to benefit habitat and allow for migration during seasonal peaks. 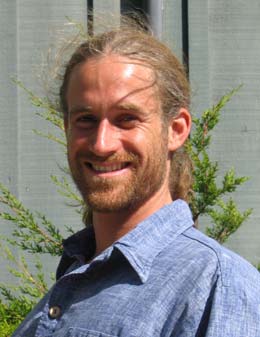 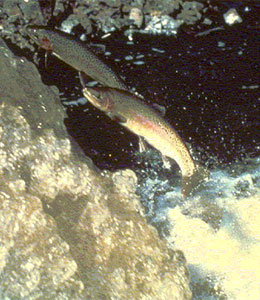