Quickly following the joyous fist pump of triumph after being awarded your hard-earned degree, often comes the looming realization that you really have no idea what your next move is. Perhaps you’ve been applying to jobs for months and still haven’t gotten any fish to bite. Maybe you’ve made it past several job interviews but never end up getting the final offer. Or maybe you’ve got the job, it’s just not what you want. Frustration is imminent, fatigue is assured, but failure is inconceivable. If you’re anything like me, this is an all too familiar feeling… But never fear, because California Sea Grant is here!

After the nervous anxiety and stress over hiding armpit sweat from the initial California Sea Grant State Fellowship application and interview process had faded, I was finally left to consider what this fellowship required from me and what it was that I hoped to get out of the year ahead. Regardless of what you expect from your fellowship, I can assure you that it will differ from your preconceived notions greatly.

I entered this unique and exciting fellowship experience as a recent master's graduate. I had spent the previous two years relentlessly studying, living in my sweatpants, and surviving on caffeine and microwavable dinners. The transition from grad student to fellow was a big one. 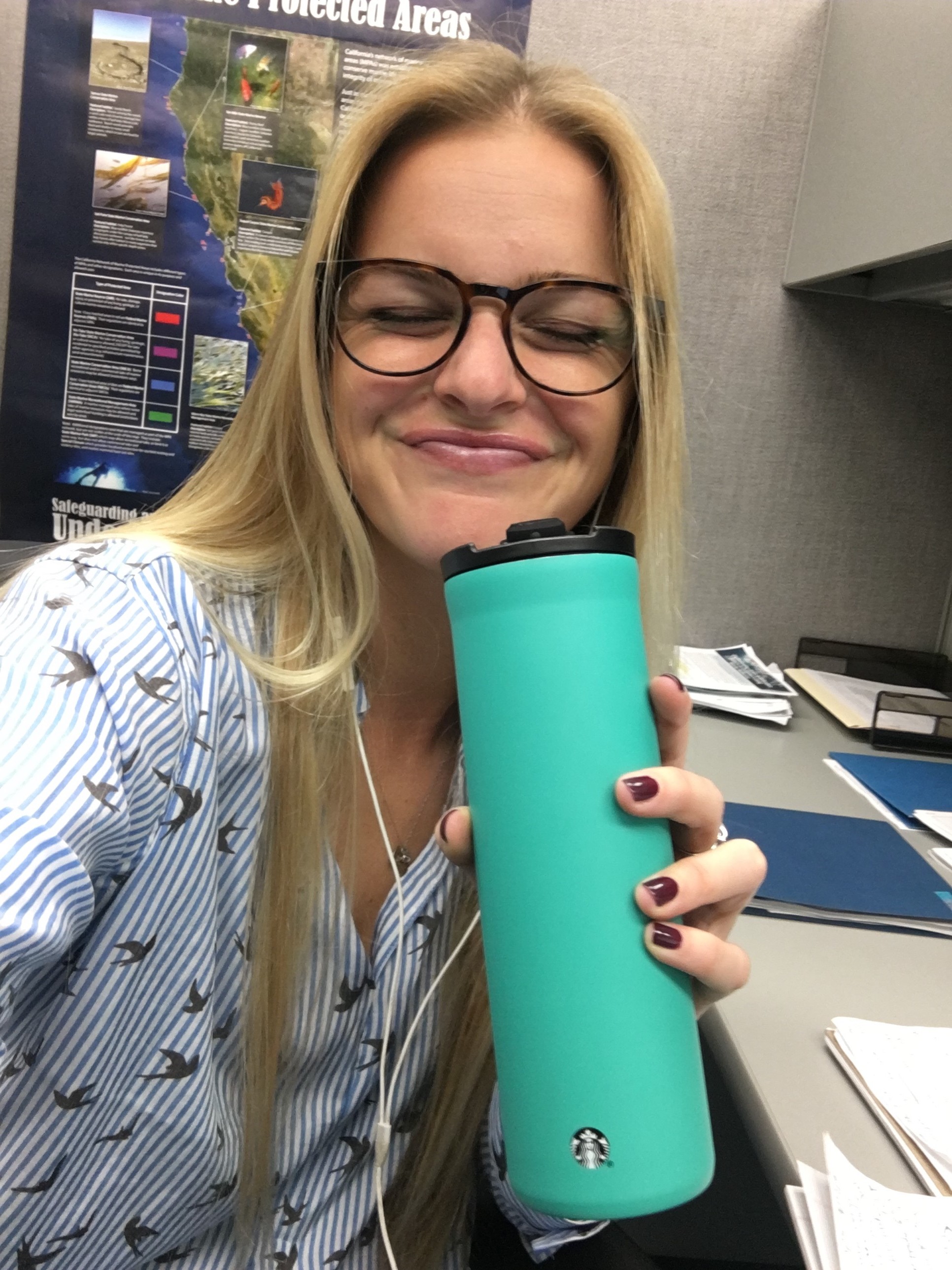 The Cubicle Chronicles: Living on caffeine and dreams!When I found out that I was going to join the Ocean Protection Council’s Climate Change Program as a California Sea Grant State Fellow, the first wave in a set of changes was my relocation to Sacramento. I was initially concerned about the dramatic change of scenery and my new distance from the coastline, but so far, I have been happily surprised by my new city life in the heart of California’s state capital. The next big transition I experienced was to my preexisting wardrobe. It was necessary that I go shopping for “big girl” clothes for the first time in my life. Gone were the days of sweatpants and wetsuits, and welcomed were the days of slacks and pantsuits. My world became a 9-to-5 office cubicle centered around staff meetings, high heels, and meal prepping. Although seemingly significant at the time, this was just a small change in comparison to the months following.

After the shock of life’s superficial changes started to wear off, the reality of the globe’s more significant changes began to reveal themselves. The focus of my fellowship assignments during my time with the Ocean Protection Council encompassed climate change more broadly, but included ocean acidification as a priority focal area.

Up until this point, I had spent my time dealing with the concept of ocean acidification in the abstract. Yes, it was happening. Yes, it was bad. Yes, it was responsible for killing coral reefs and other calcium carbonate-reliant species.

But it wasn’t until I was tasked with the development of California’s Ocean Acidification Action Plan that I truly began to examine more closely the impacts, causes, pressures, adaptation strategies, and realities of ocean acidification. This project was the catalyst for my realization of just how immense the changes to our ocean and climate are. The stark comparison between my everyday life changes and the everyday changes to the world on which we rely granted me the perspective and clarity necessary to inspire an epiphany.

Of course, as an environmental scientist I had always been aware of the seriousness of the changing climate, the rising seas, the ocean acidification… but the tangible action of writing an action plan for the state of California that will be used and applied to real world climate change issues facing my home, my ocean, and my state’s people, really brought home the realities of climate change. The personal narrative behind the looming impacts of ocean acidification was the hammer driving the nail of climate change from my head to my heart. Scientifically knowing something is going to happen, and emotionally accepting something is going to happen, are very different. 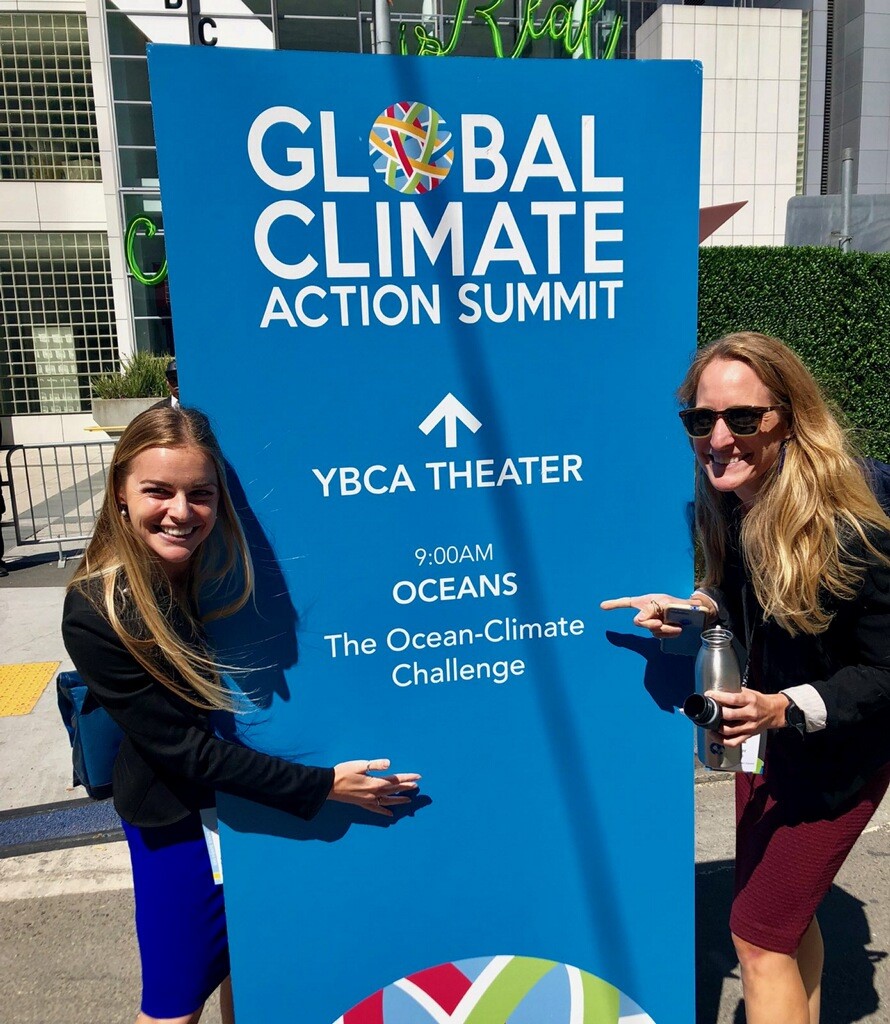 I assure you, no matter your project, placement, or perspective, the California Sea Grant State Fellowship will provide you with changes that you never would have imagined. Whether it be new clothes, a new home, or a new point of view, you will be changed by this experience. Good luck!

From a previous fellow, 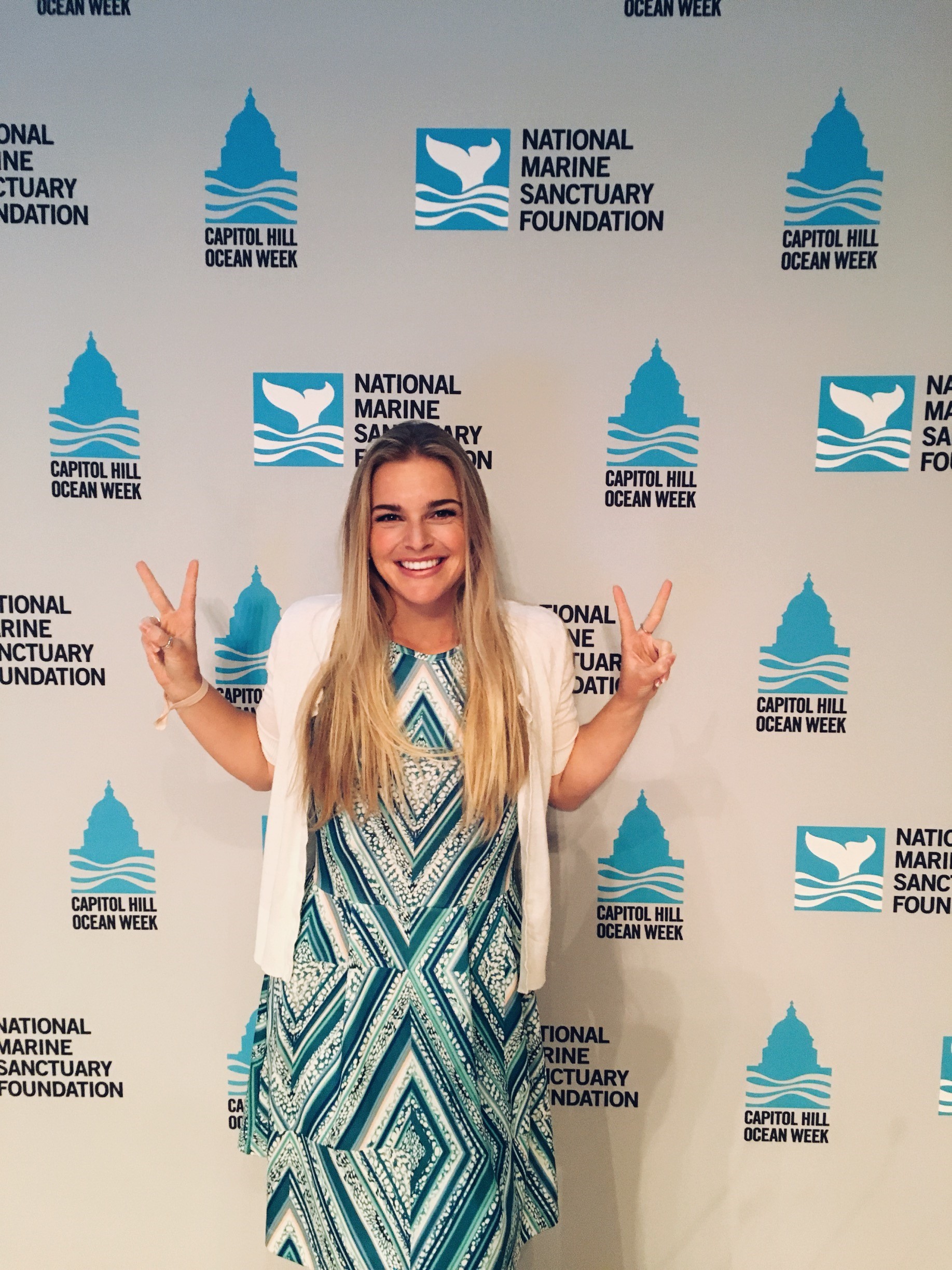