Tricia Louise: The dynamic world of science and policy

When I started the California Sea Grant State Fellowship in January, the changes at the federal level to publicly funded science were largely unknown, but deeply feared. As time went on, many felt that the onslaught of policy changes were disguised threats to the scientific community- most notably to the marine science realm were such issues as new bills dismantling the Environmental Protection Agency[1] and repealing the Obama-era Clean Water Rule[2] and Sea Grant being written out of the federal budget as whole[3].

However, it is more important than ever that these challenges do not serve just to disempower the scientific community, but rather spur us as scientists to engage a broader audience. Being driven by this frame of mind, I became an organizer for the Sacramento March for Science. In Sacramento, we specifically designed the March for Science as an outreach engagement-this was an opportunity to provide hands-on science activities and use the platform to have representative speakers of science and non-science groups talk about the reasons why publicly-backed, unbiased science is necessary for a healthy, functioning country. This is just one example of a high visibility outreach effort, but we as scientists encounter these opportunities every day with members of our families or old high school friends.

My California Sea Grant State Fellowship year has been a course of learning how to carry out this engagement. I have spent time talking with different audiences about how science and policy are a powerful combination to effect change for them as individuals, such as the local organizers of a marine protected area on a rural Colombian coast where the whales bring huge tourism economic boons to the local people, but shrimp fishing leads to whale entanglement.

Additionally, the Delta Independent Science Board had an in-Delta meeting earlier this year and I had the opportunity to hear from concerned citizens about what science can do for them in the policy realm. The importance of this relationship building lies in the fact that these are important parts of our democratic constituency. We can no longer accept that science communication to other scientists is enough, or that some other intermediary will take on the work of communicating our science to the non-scientist world.

Communication should be the main tenet of the work that we do, because when we make science relatable to greater groups, we are not just educating others on why science matters to them on a daily basis, but we are also securing a future for science in the United States. As grassroots organizations have always known, starting with the individual voting constituents of a democracy can have ripple effects. 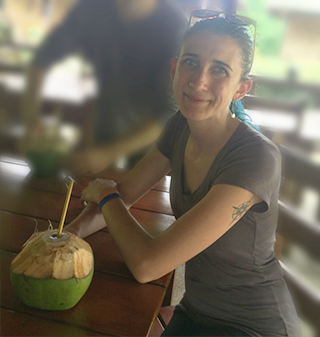