California Sea Grant Trainee Morgan Ivens-Duran explains her new-found passion for rockfishes and why she is taking part in Ocean Day in Sacramento on Tuesday April 16.

I’m 22, a graduate student at Cal Poly San Luis Obispo, and I’ve dedicated my life – at least right now – to rockfish. I read about them, map them, brave gut-churning waves to tag them, all in the name of learning how their distribution has changed in the last decade and how three central coast Marine Protected Areas affect that. It’s just one example of how I’m passionate about playing a role in fending off the threats that face our ocean.

If marine science and conservation is my addiction, then sea otters were my gateway drug. When I was four, my parents took me to Monterey Bay Aquarium, and the sea otters captivated me – I could have watched them play and swim and interact with their trainers for hours. As a teen, I volunteered at the aquarium and kayaked at Moss Landing in my spare time. As I got older, that “cute otter” fascination developed into a deeper understanding of the ecology of marine systems and the conservation issues that threaten them.

That’s why I’ll be taking part in Ocean Day on April 16 in Sacramento, and meeting with my elected representatives. They need to know that it’s vital they continue supporting scientific research that informs smart fisheries management – which in turn benefits California’s economic health. California is the only state in the nation with a statewide, science-based network of marine reserves, and thanks to the science that my professor Dean Wendt and his team has done through the California Collaborative Fisheries Project, we know that MPAs seem to be working, and some fish populations are showing early signs of recovery. We also know it’s possible to benefit from fisheries management strategies that balance the concerns of conservationists with the needs of user groups such as fishermen, and it’s important to support these collaborations even when our economy is not doing well, and there are hard choices to make about funding.

I’m studying at the Center for Coastal Marine Sciences, which is a world-class educational institute in its own right. But some of the most valuable lessons I’ve learned have been out at sea rather than inside the classroom. Despite the sometimes frantic dance of volunteer anglers pulling up fish and scientific crew measuring and tagging, there have been countless opportunities for me to interact with the crew and volunteer anglers who take part in the Collaborative Fishing Project. They’ve given me a deeper appreciation for the importance of protecting the ocean for a variety of uses and needs, and considering the people – not just the rich ecosystems beneath the waves – whose livelihoods depend on the sea.

If I could, I’d take a lawmaker out of the capitol, and onto a boat in Morro Bay. We’d motor out past the waves, drop some lines, and I’d get to show him or her firsthand the questions we’re asking and what we want to know. What drives fishermen to fish where they do? How do those choices influence the dynamics of the brightly colored rockfish swimming below the surface of the waves? Food supply, recreational enjoyment, aesthetic beauty; there are so many reasons to protect our ocean. Most importantly, it’s about working to give future generations a healthier ocean than the one we inherited. In order to do that, fishermen, policy makers, managers, and scientists need to listen to each other. That is what Ocean Day is all about.

By Morgan Ivens-Duran. A version of this post originally appeared in the California Majority Report. 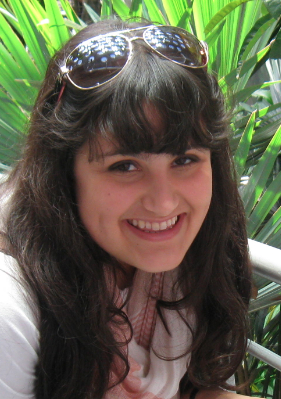