Whitney Berry is a 2018 California Sea Grant State Fellow, working with the Ocean Protection Council (OPC) on shifting ocean conditions in respect to global climate change. She was recently hired as the OPC Climate Change Program Manager, where she is taking part in creating the Impacts of Ocean Acidification on California Living Marine Resources Infographic (shown below) with the Ocean Science Trust. This resource provides a unique way to visualize and identify how ocean acidification will affect important California species.

What questions were you setting out to answer while creating this infographic?

Our main goal was to inform decision makers and managers addressing ocean acidification and hypoxia hotspots and identify priority areas for species management. These processes are very complex and interwoven; when you add warming temperatures and other stressors into the mix, it is challenging to single one factor out since they are acting in concert.

How did you go about putting this together?

This project came about from a recommendation by the West Coast Ocean Acidification and Hypoxia Science Panel to assess vulnerable species, ecosystems, and human components that are susceptible to ocean acidification and hypoxia while targeting and pursuing the most impactful management interventions.

My role, as grant manager, was to oversee the project and collaborate with scientists, policy makers, and managers to discuss both the way forward and this infographic – whether it was useful and how to enhance it. Together with the Ocean Science Trust and Anneliese Hettinger from UC Davis, we communicated with numerous scientists embedded in current ocean acidification research to assess which species should be our priority.

This type of infographic was used in Alaska for the Alaskan Ocean Acidification Network covering the adverse impacts on fisheries in that region. Collectively, we agreed that this tool would be beneficial for the state of California considering the numerous fisheries and human activities that take place along our coastline.

Where did you get all this information?

Apart from the existing peer-reviewed literature, I would give a huge shout out to the scientists’ engagement and expertise in the field. We were able to incorporate their insights, along with managers and other collaborators to best integrate their perspectives into the final product.

What was something novel or surprising that you discovered through this project?

I suppose it may have been my own ignorance, but the fact that there are so many knowledge gaps surprised me. To quote Isaac Newton, “If I have seen further, it is by standing on the shoulder of giants.” We must realize that there are limitations when faced with a complexity of issues such as ocean acidification and hypoxia, and to understand that we would not be where we are today without the scientists that have preceded us.

Realizing that this resource is groundbreaking was a novelty in and of itself. This infographic may seem overwhelming at first glance, but it is quite simple when you take a step back; you do not need to be a scientist to understand this infographic.

Who may be affected by this communication tool?

To be optimistic, I would say everybody! But we really created it as a tool for managers and policy makers. These branches are feeling an undeniable pressure to act and produce measurable societal benefits, but with the mounting evidence of long-term threats to both ecosystems and economies, there is a push for them to come up with decisions even when there is a lack of scientific evidence. This is one of the first key steps to help our state build resiliency off the coast in face of ocean acidification and other climate stressors. Scientists would also stand to benefit from this communication tool since there are many gaps in research and always more work to do. 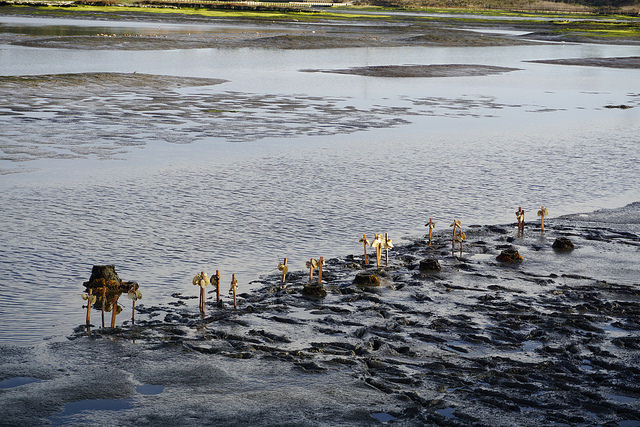 At the Ocean Protection Council, State Fellow Whitney Berry works on issues related to ocean acidification. Species like oysters (shown here growing on clam shells in Elkhorn Slough) are of major economic value on the west coast of the United States and are directly impacted by ocean acidification.

Why should the general public care about these findings?

Even if you are not someone with something to lose economically in the face of ocean acidification or hypoxia, there is evidence that the consequences of both will have detrimental effects on entire ecosystems. People tend to care more about the economy over ecosystems, and California’s ocean-based economy is roughly $45 billion annually which includes whale watching, recreational activities, and commercial fishing. It is our duty to protect species that are struggling from adverse effects of climate change – they had no involvement with creating this process, yet they are reaping the unfavorable effects.

How do you think that the California Sea Grant state fellowship has prepared you for your career?

The science-policy nexus is something you can’t truly understand until you are thrust into it. Many people coming into this fellowship are scientists and want their research make a difference, to see where it is going, and understand what happens after you complete that immense study. You are not expected to know everything, you are able to gain valuable experience without all of the responsibility .

It can be disheartening to think that you are working so hard on a lost cause, but when you are surrounded by so many people who are also working towards the betterment of the oceans, one can only stay optimistic! 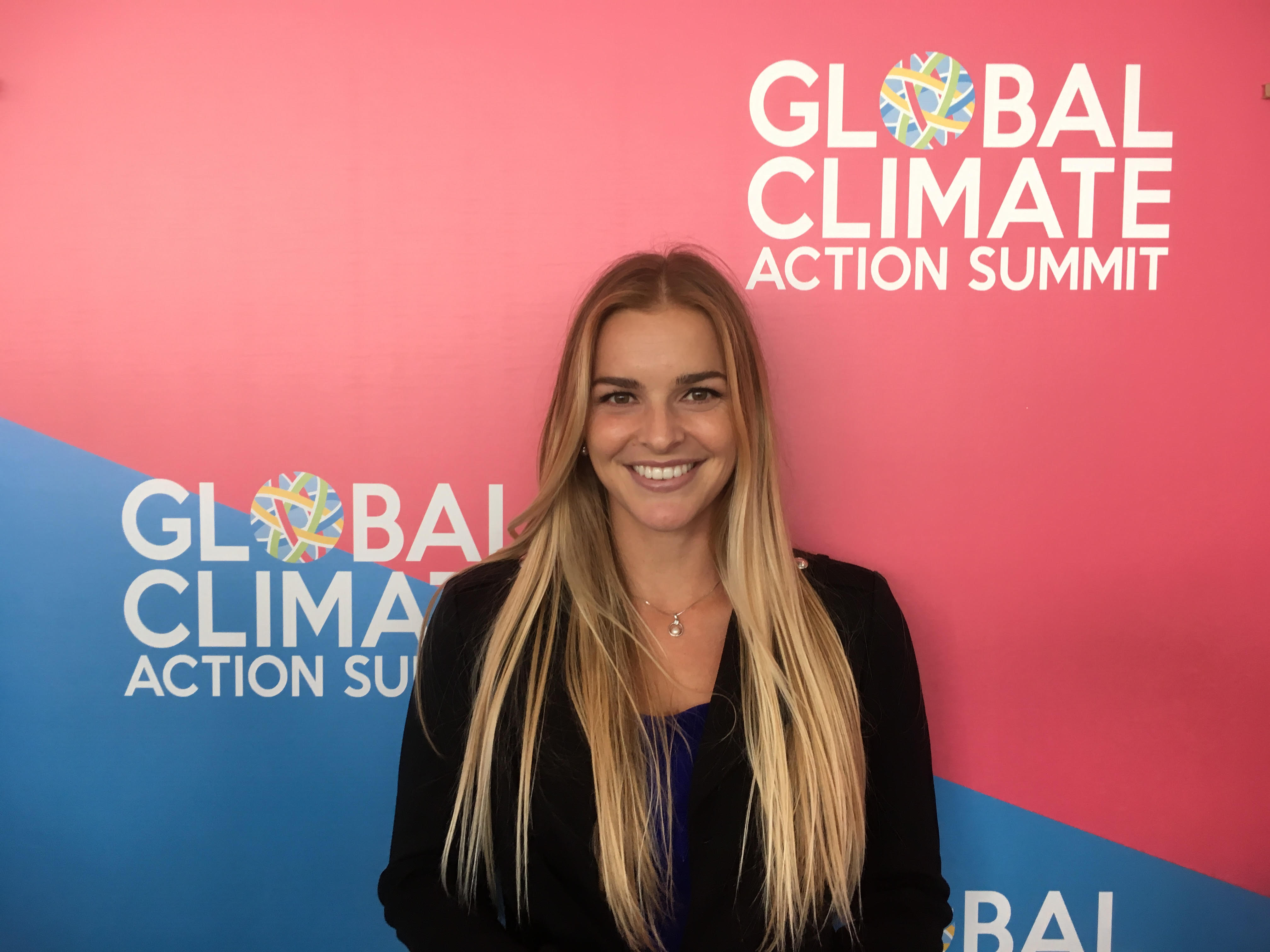