California Sea Grant Extension Specialist Carrie Pomeroy recently spent four months in New Zealand, exploring the human dimensions of fisheries in the country, and gaining new perspective to inform her work on fisheries and marine policy in California. This is the first in a series of posts from Pomeroy on what she learned abroad, and how California could learn from these observations.

In late January, my family and I landed in Wellington, New Zealand to begin a four-month visit to a country that is renowned in the fisheries management world for its pioneering use of a quota management system (also commonly referred to as individual transferable quotas or catch shares—though not all catch share systems pertain to individuals nor are the shares always transferable).

Inspired by work done by several New Zealanders as well as California Sea Grant Extension Specialist Emeritus Chris Dewees and others, I was interested to learn about whether and how New Zealand’s fishery management system addresses the human dimensions of fisheries—the focus of my work in California. More specifically, how and to what extent are the social, cultural, and economic aspects of fisheries and the impacts of fishery management on fishery participants and coastal communities (and vice versa) considered in the management process?

To start, though, I focused on getting a sense of New Zealand’s coastal and marine setting, its maritime and fisheries history, and recent and current opportunities and challenges facing fisheries and management. While I am still reeling from the many first impressions and all I have learned so far, a few observations have struck me as especially interesting.

First, New Zealand’s marine territory is vast, covering some 1.7 million square kilometers (km2)—an area 10 times the size of California. That’s especially impressive compared to the country’s land mass of just under 270,000 km2 — one and a half times the size of California. Its marine region includes the country’s territorial sea (from the shoreline out to 12 nautical miles), its contiguous zone (the area between 12 and 24 nautical miles offshore), and its exclusive economic zone (EEZ) (out to 200 nautical miles). Its EEZ alone, which covers more than 400 million km2, is 15 times the country’s land mass. By comparison, the US Pacific Coast Region’s EEZ covers 812,000km2, about 7% of the U.S. 11+ million km2 EEZ. 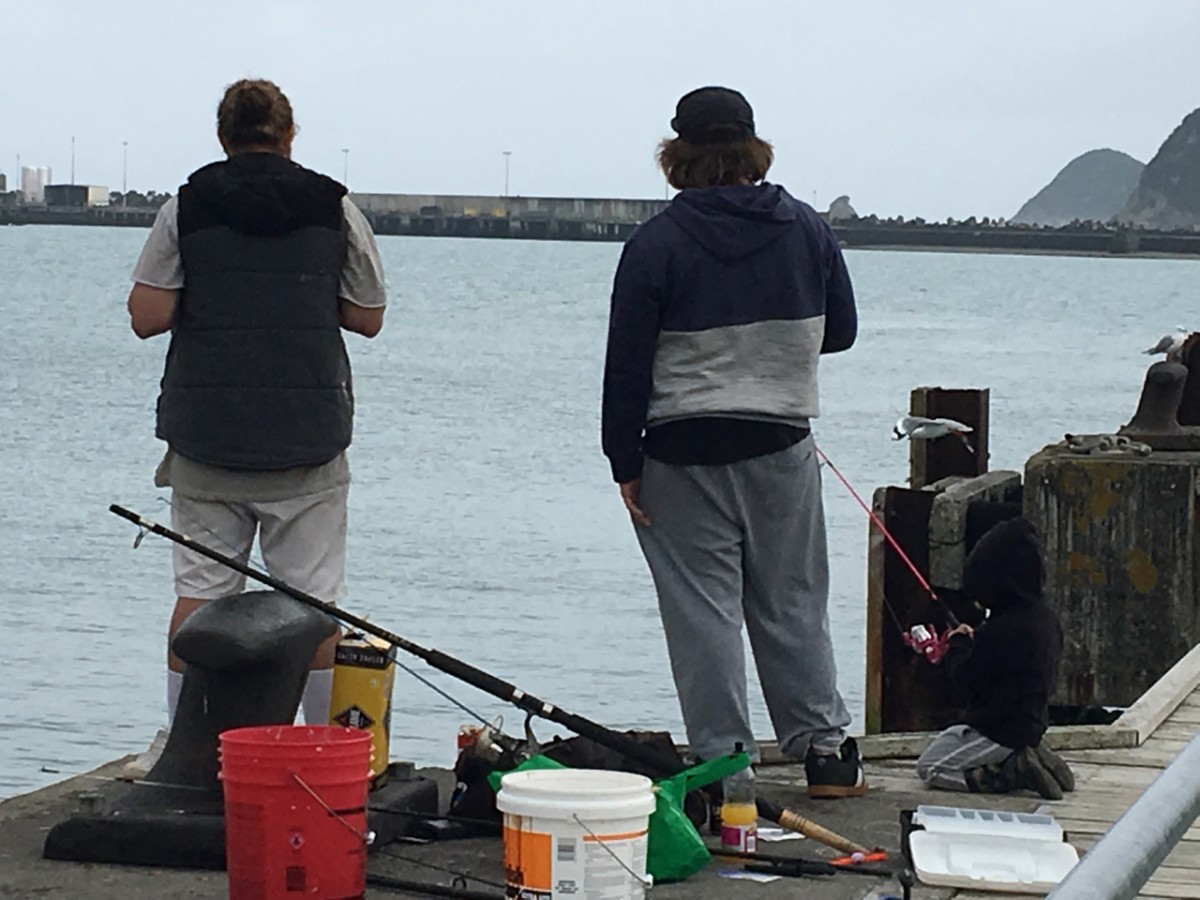 Recreational fishing in New Plymouth, New Zealand Second, New Zealand is a larger (though still not very large) island nation in a sea of island nations, all dealing with environmental, social, political, and economic challenges associated with climate change — especially evident in sea level rise and changing weather and climate patterns. In our first two weeks in country, we experienced record-breaking heat and two tropical cyclones… in a temperate zone city that normally has a climate similar to San Francisco! The second of these hit as Victoria University of Wellington prepared to host the Pacific Ocean Climate Change Conference. In addition to great presentations by speakers from nations and communities throughout the region, we heard some harrowing stories about the storm’s force and impacts.

Third, customary (Maori), recreational, and commercial capture fisheries, along with aquaculture, all play an important seafood-provisioning role here. Commercial fisheries, with all but a few species covered by the quota management system, include inshore and offshore sectors, variously targeting crayfish (spiny lobster), paua (abalone), many species of groundfish, and more. Commercial fisheries fall under the authority of the Ministry of Primary Industries (along with agriculture and forestry), with management guided by the primary objectives of resource conservation and economic maximization. More than 90% of the commercial catch is exported. The remainder finds its way to consumers via restaurants, grocery store seafood counters, seafood markets, and fish and chips shops (the Kiwi analog to California’s taquerias).

Only a short time into my visit, I had already gained some understanding and perspective, albeit limited, about the context of New Zealand’s fisheries and their management. There are key differences and similarities with California and the U.S. West Coast region—some evident already, with others that emerged later in my visit. I look forward to sharing those, and a couple anecdotes from the field, soon. 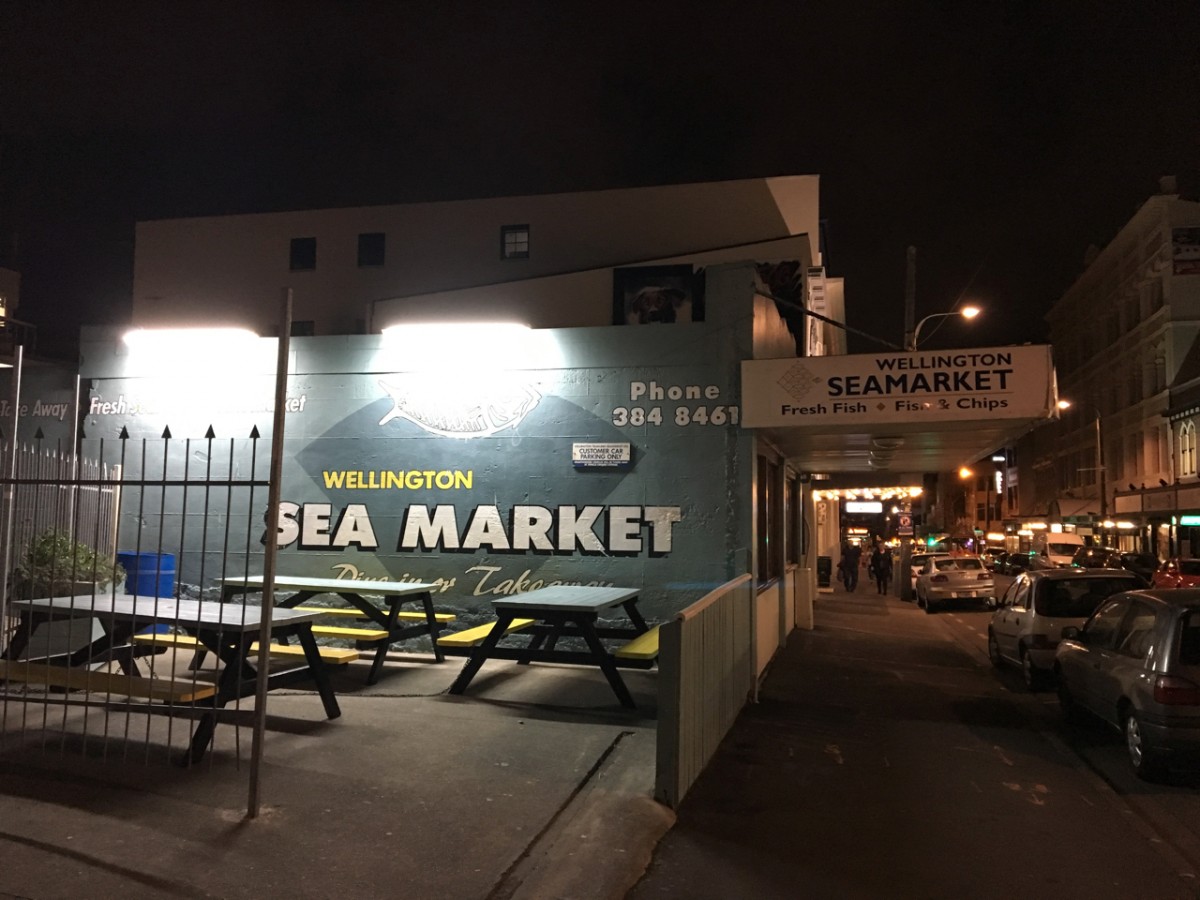 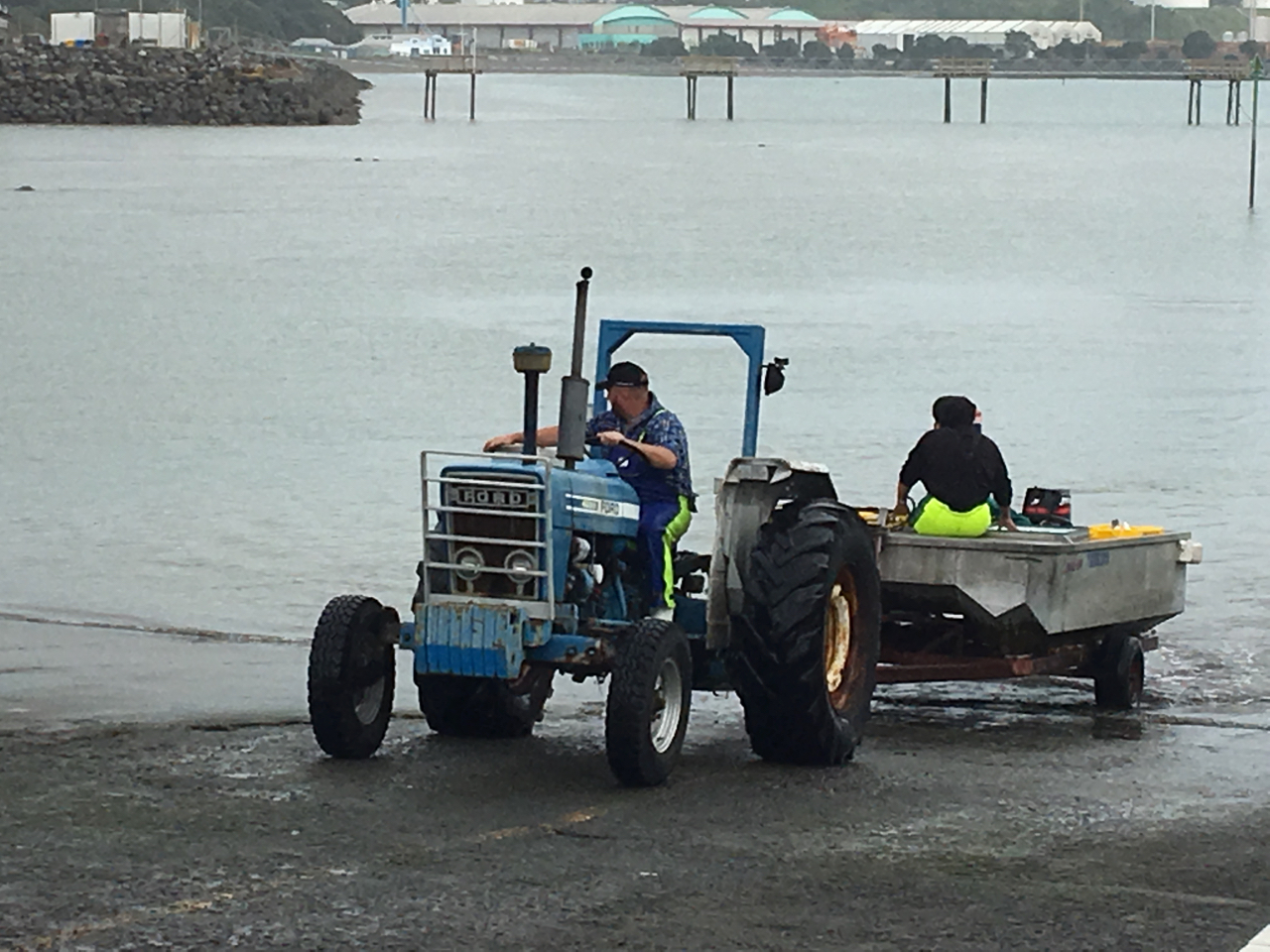