When I first found out I was placed with Caltrans North Region Environmental Engineering for my California Sea Grant State Fellowship, I was excited, because it was my dream position, and nervous, because it was located in Eureka, CA, far away from my home in Pasadena. I would be moving from the bottom of the state to the top—646 miles to be exact. I would be lying if I said I wasn’t nervous. However, whenever I would tell someone I was moving to Humboldt County, they would tell me how beautiful it was, how it was one of their favorite places, and how I would love it. Since I’m generally an outdoorsy person and love exploring and nature, I was willing to take a risk and move across the state.

And the North Coast has been an absolute delight. It has everything I expected and so much more. While I could write endless blog posts about the beauty of the redwood forests and the magnificent Pacific Ocean, I think there are plenty of those out there. Instead, I’d like to present a few of my favorite surprises of Eureka and Humboldt County.

Did you know that there are numerous Victorian style houses in and around Humboldt Bay? I did not, and it was the most quaint and adorable of the surprises. These homes were mostly built in the late 19th century during a period of prosperity in the Humboldt Bay area. The most famous examples are Carson Mansion and the Pink Lady, but buildings in this style are scattered all over the bay area. I found a new one last week while driving through farmland on my way to a wetland delineation training. It’s a wonderful real-life Easter egg hunt looking for these beauties, an apt comparison considering their often-pastel paint jobs. 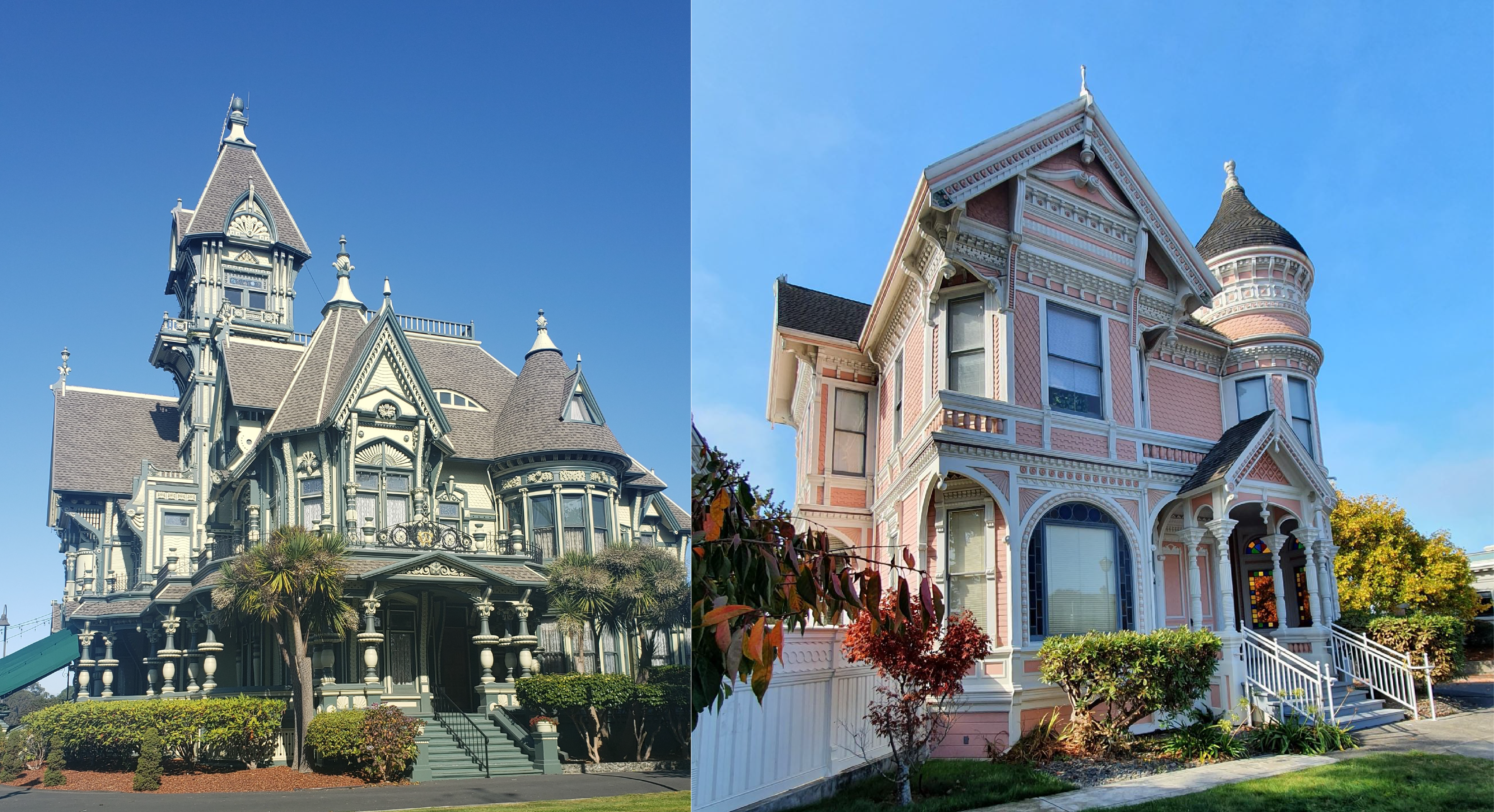 2. The Other Azalea Preserve

There are two azalea preserves in the Humboldt Bay area. The first is located in McKinleyville and it’s the one most people have heard of. However, I googled too hard when I was looking for it and ended up at the smaller and more remote but pleasantly surprising Azalea Nature Trail. The reason this trail is surprising is because it starts out in the forest when suddenly, halfway through, you’re on an open plateau, far above the ocean, surrounded by a field of azalea trees. When the trees are in full bloom, the aroma of the flowers is heavenly. Even once the flowers are gone, this half-mile loop, with the stark difference between forest and open field with the Pacific Ocean as a backdrop, is a special, if brief adventure. 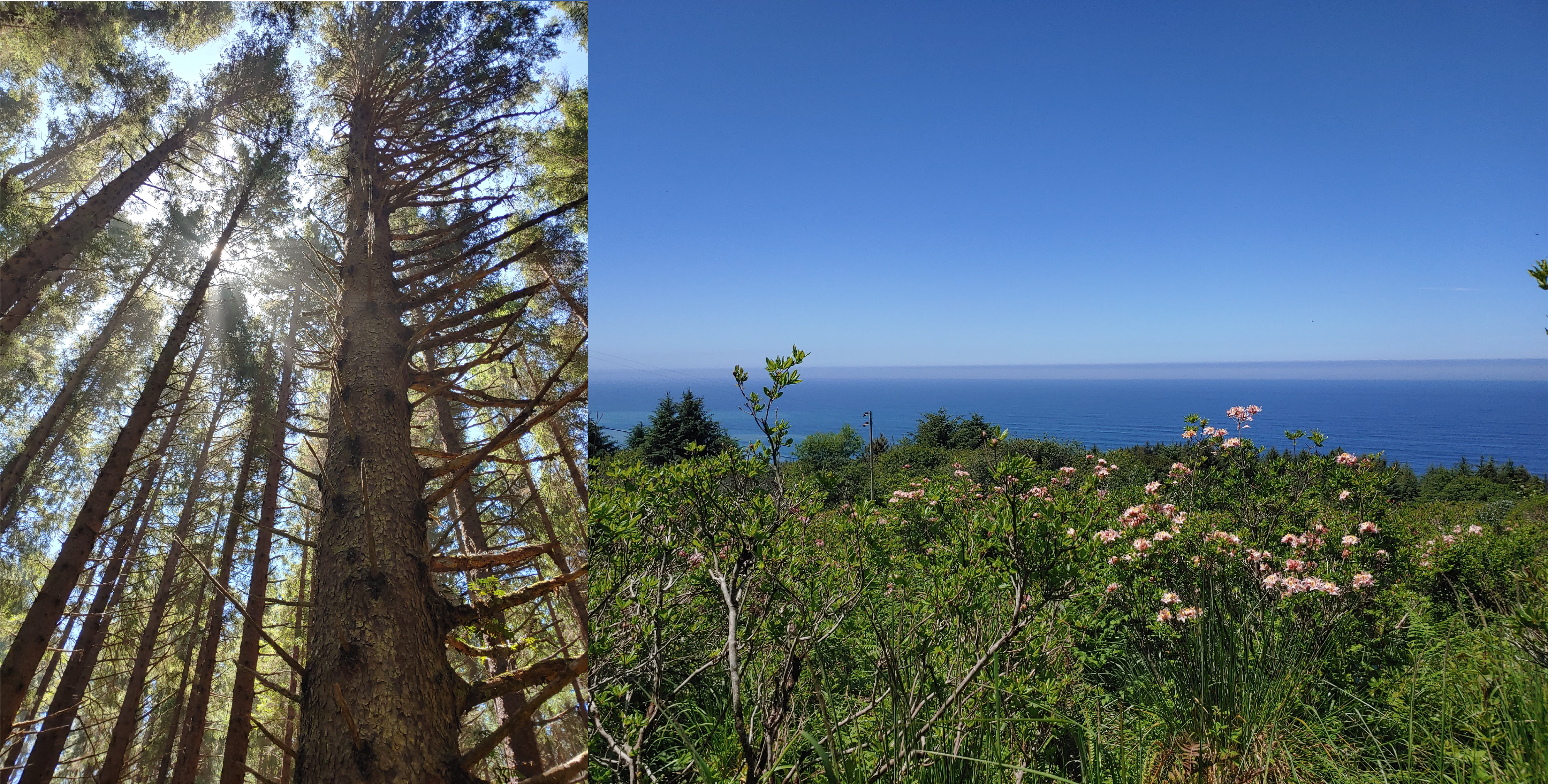 Azalea trail – first a forest, then an open hillside with a stunning view of the ocean. Photo credits: Amanda Haas

Ok, they aren’t called beaches and they aren’t made of sand, but the gravel river bars are the perfect place to get ridiculously hot and go swimming in the spring and summer. Humboldt Bay and Eureka have mild temperatures year-round (70s on a “hot” day), so swimming in the icy Pacific is generally unappealing. Fortunately, a brief drive inland and you can spend your summer days splashing, floating, and swimming to your heart’s delight. If swimming isn’t enough to get you to the river, I saw more wildlife sitting by the river than in the redwoods, including a bald eagle. There are also snakes that swim in the river, but maybe that’s not for everyone. 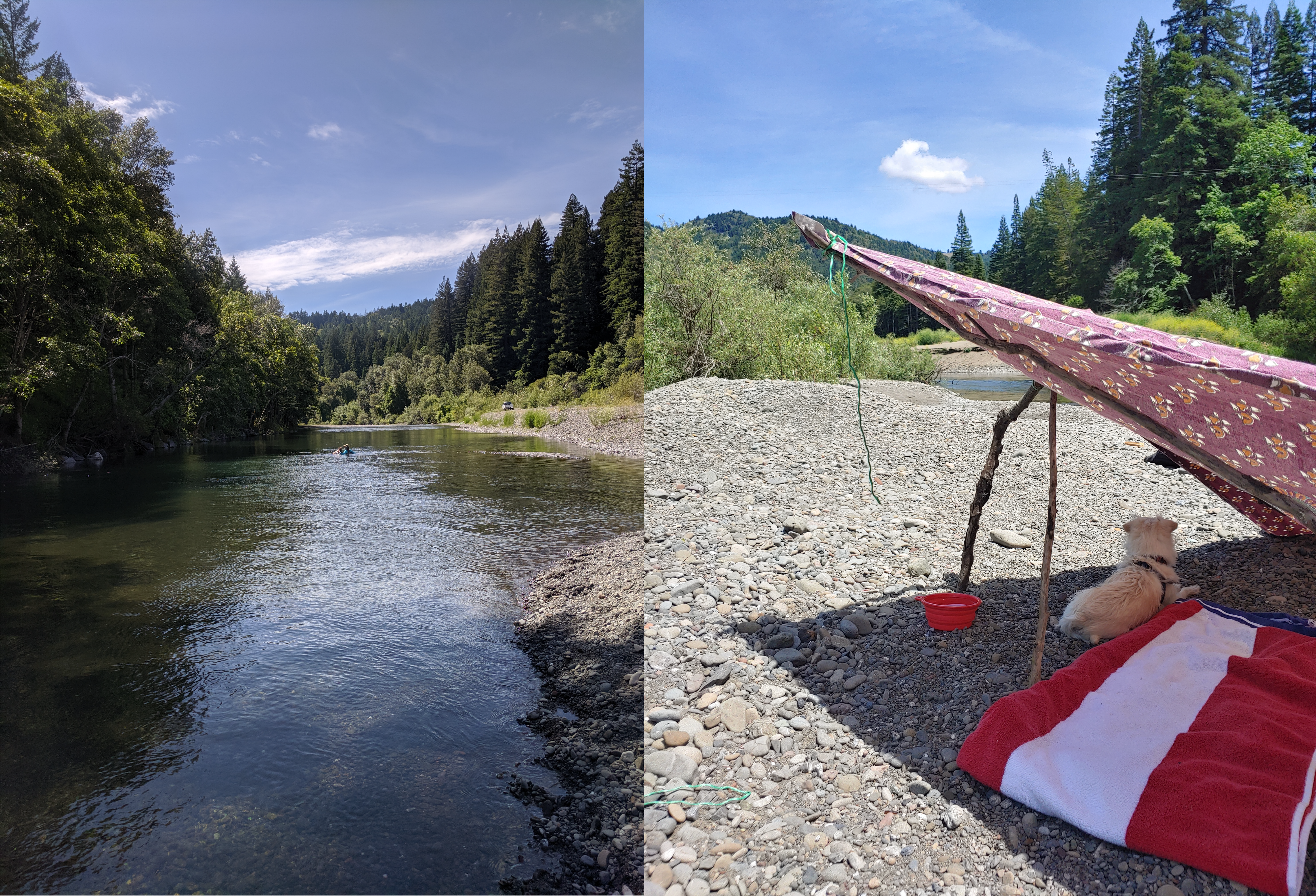 The river can be an appealing place to swim or lounge during the summer months. Photo credits: Amanda Haas

No, this isn’t that kind of “special” farm, though there are plenty of those Humboldt County. The specialty farms I’m referring to are mostly the ones with surprising animals: long-horn cattle, mini ponies, llamas, hairy pigs, or even zebras. I haven’t had a chance to see the zebras, but I have seen the rest (not all at one farm either). It is quite surprising to drive past a seemingly average farm and realize the field is full of mini ponies, not goats. There are also some lovely, if occasionally unusual, crops in the area as well. During the late summer, the fields of quinoa were something to behold, as the tops of the plants all turned red. Speaking of crops: where Southern California backyards have citrus, the North Coast is covered in heritage apple trees and wild blackberries. More fruit than you could possibly pick, though I still made a good effort. 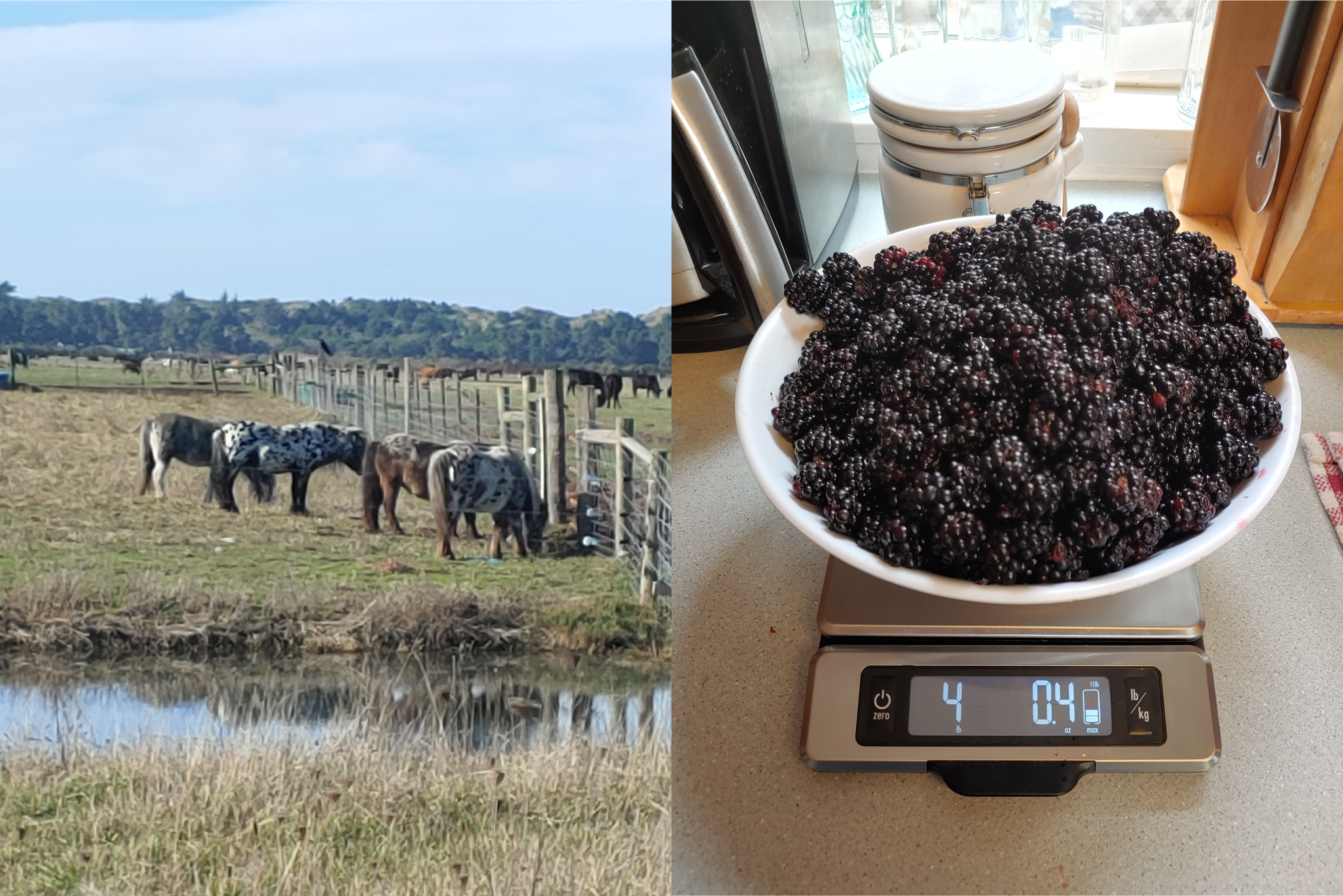 A herd of mini ponies and a wealth of blackberries. Photo credits: Amanda Haas

Overall, I should not have worried about moving to Eureka. There is more to explore here than you could fit into a lifetime, lots of it surprising, and all of it lovely. I’ve only briefly covered four of my favorite surprises, but I think they provide a glimpse into the variety of adventures to be had in and around Humboldt Bay. I look forward to spending the rest of my fellowship looking for more surprises, as I’m certain there are others out there to be found. 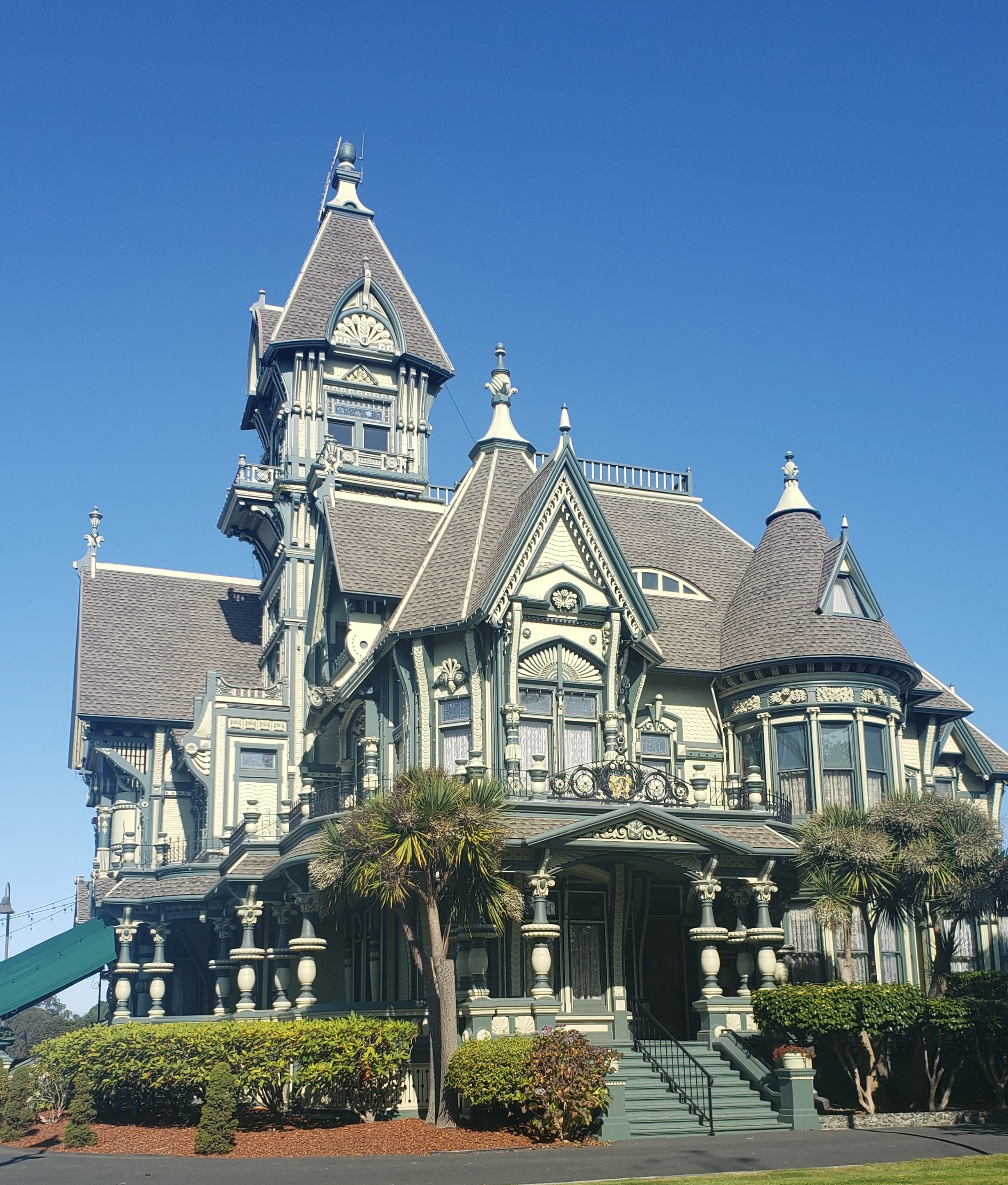 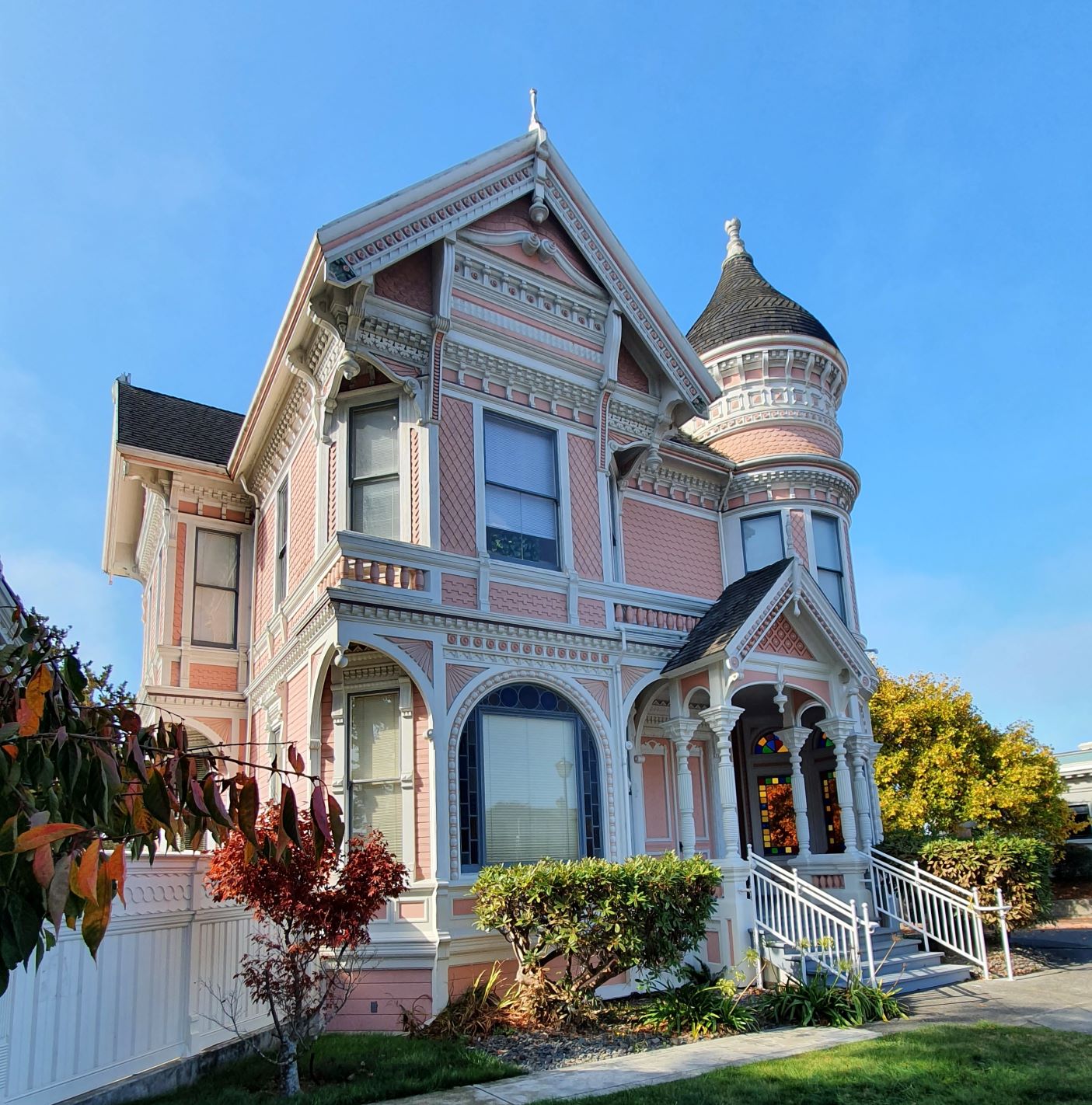 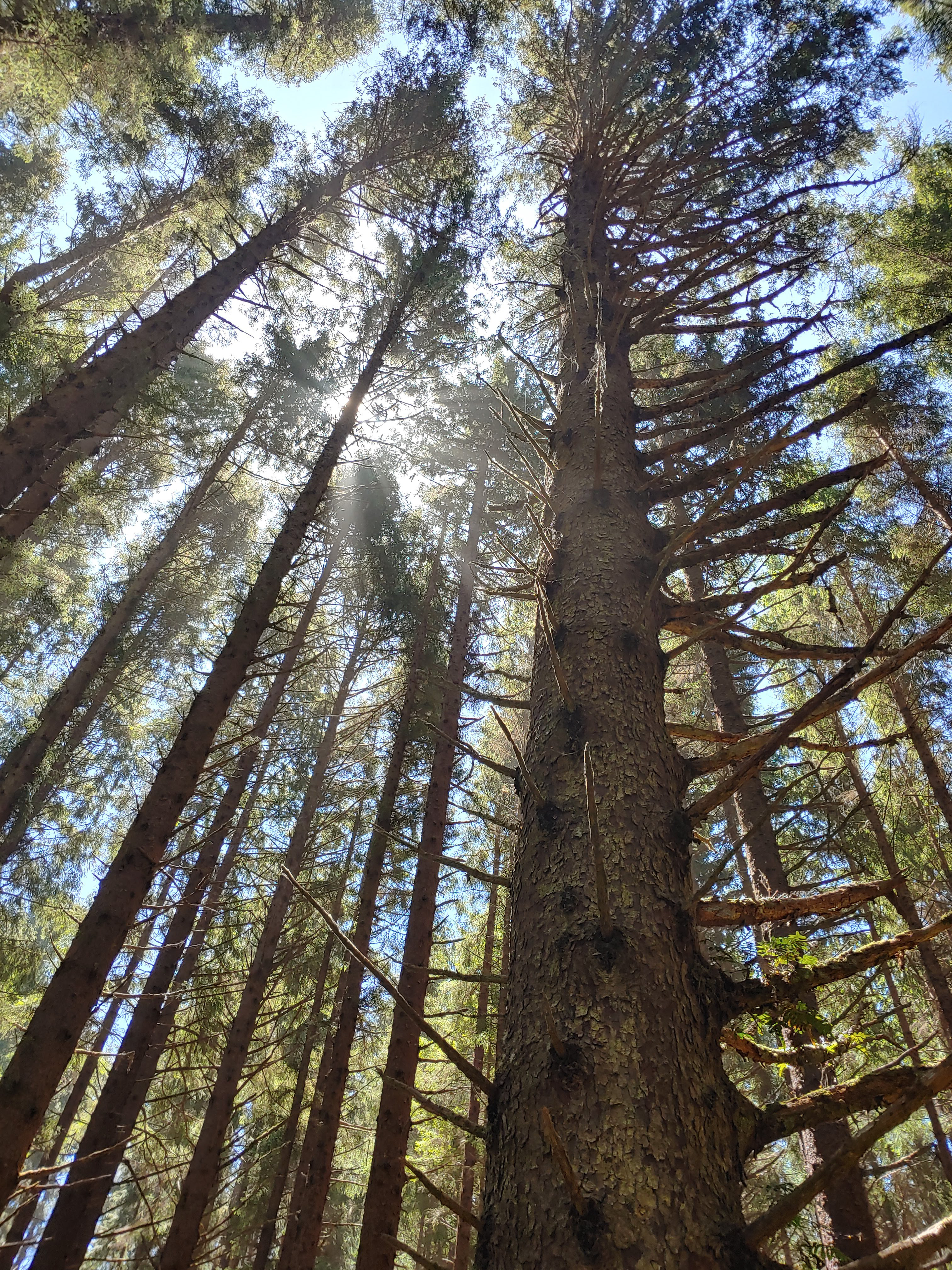 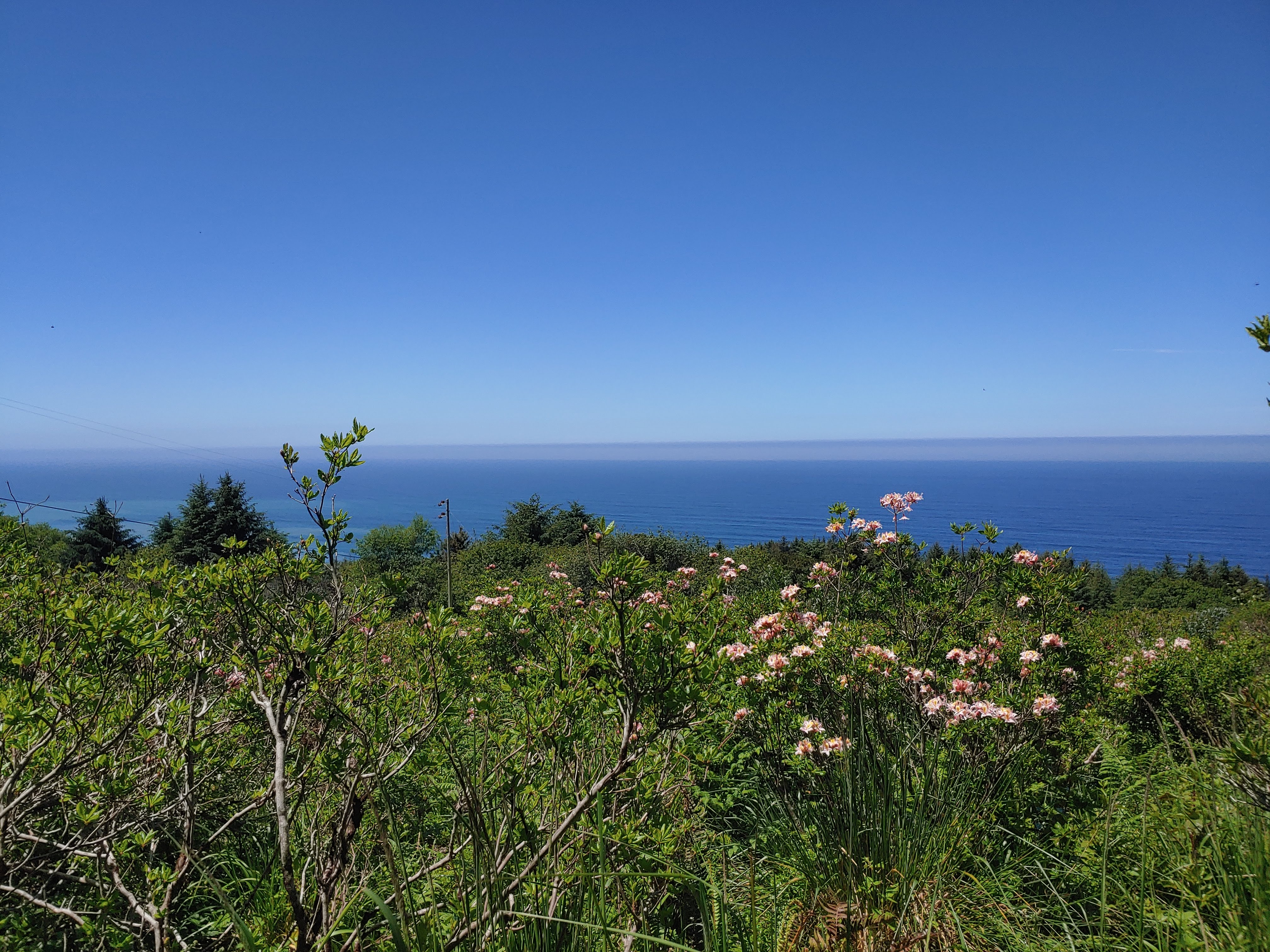 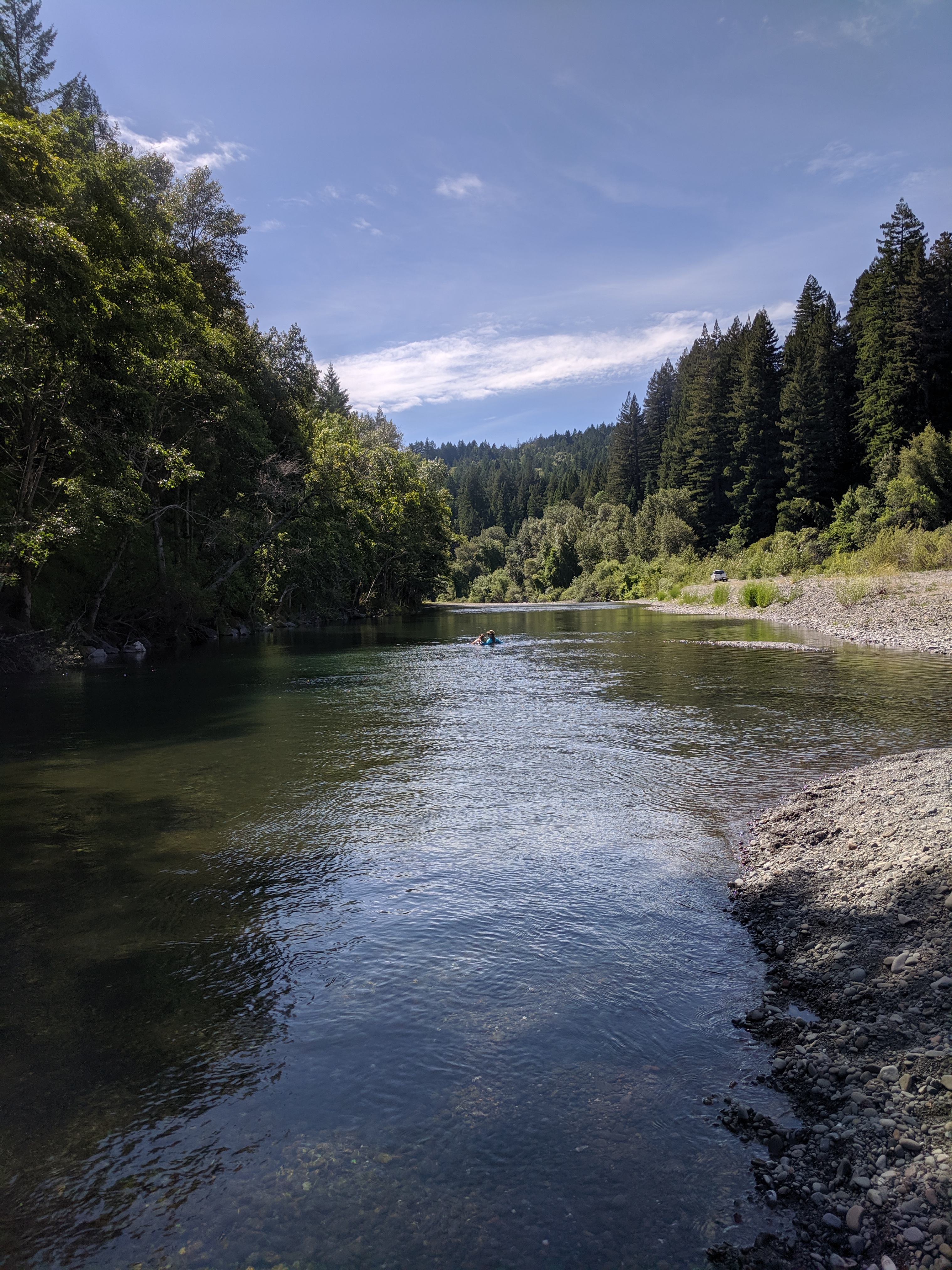 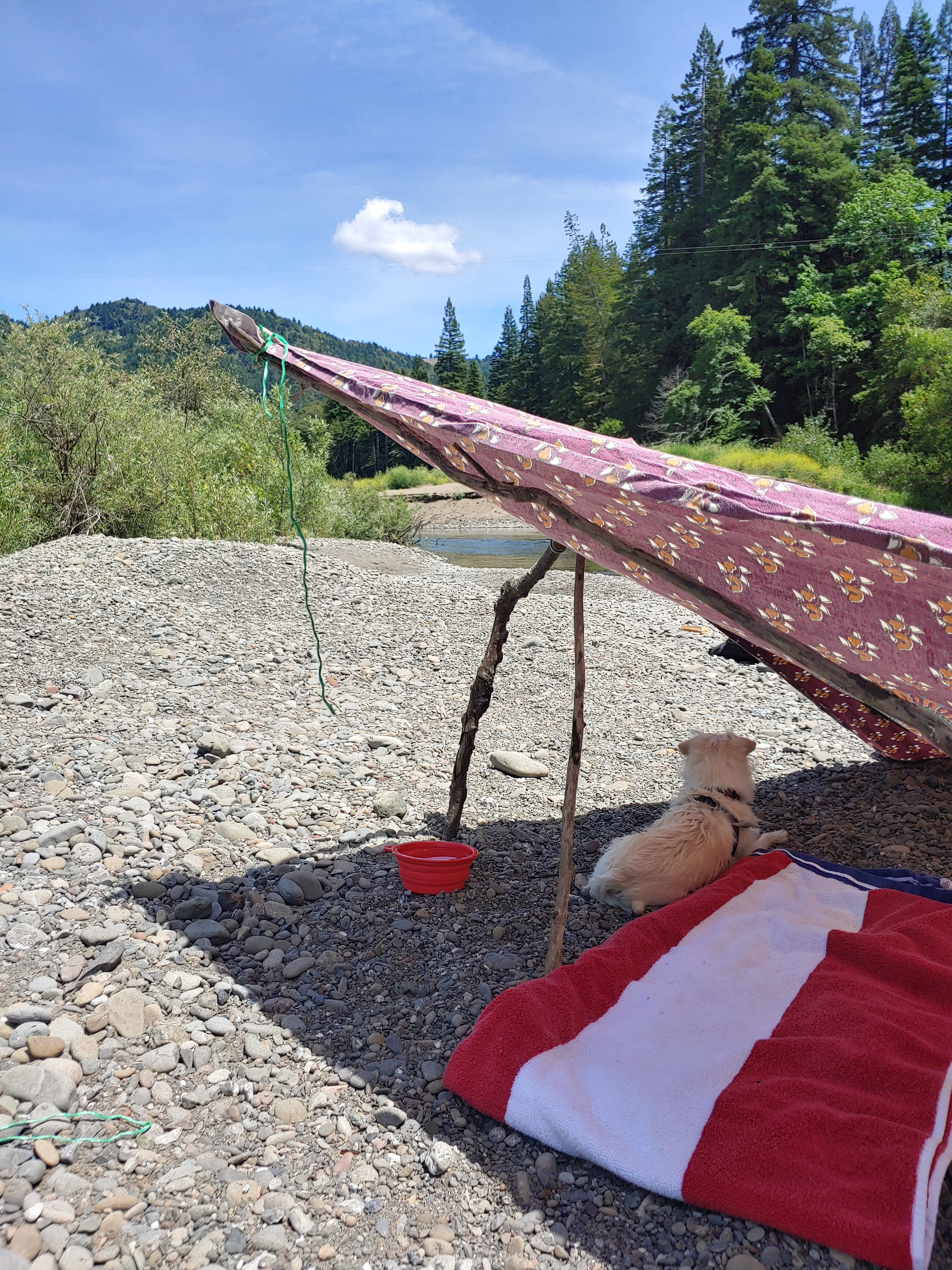 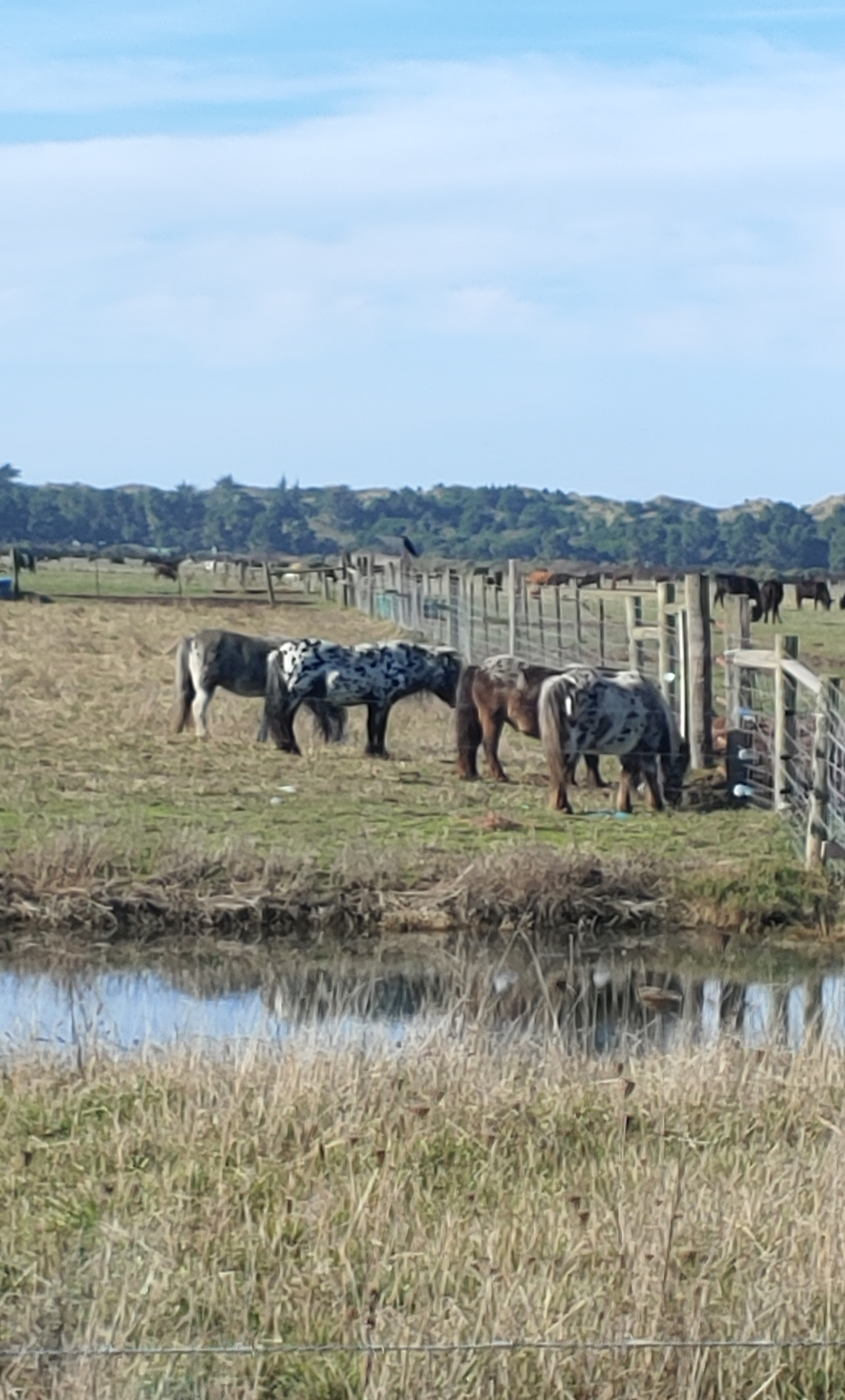 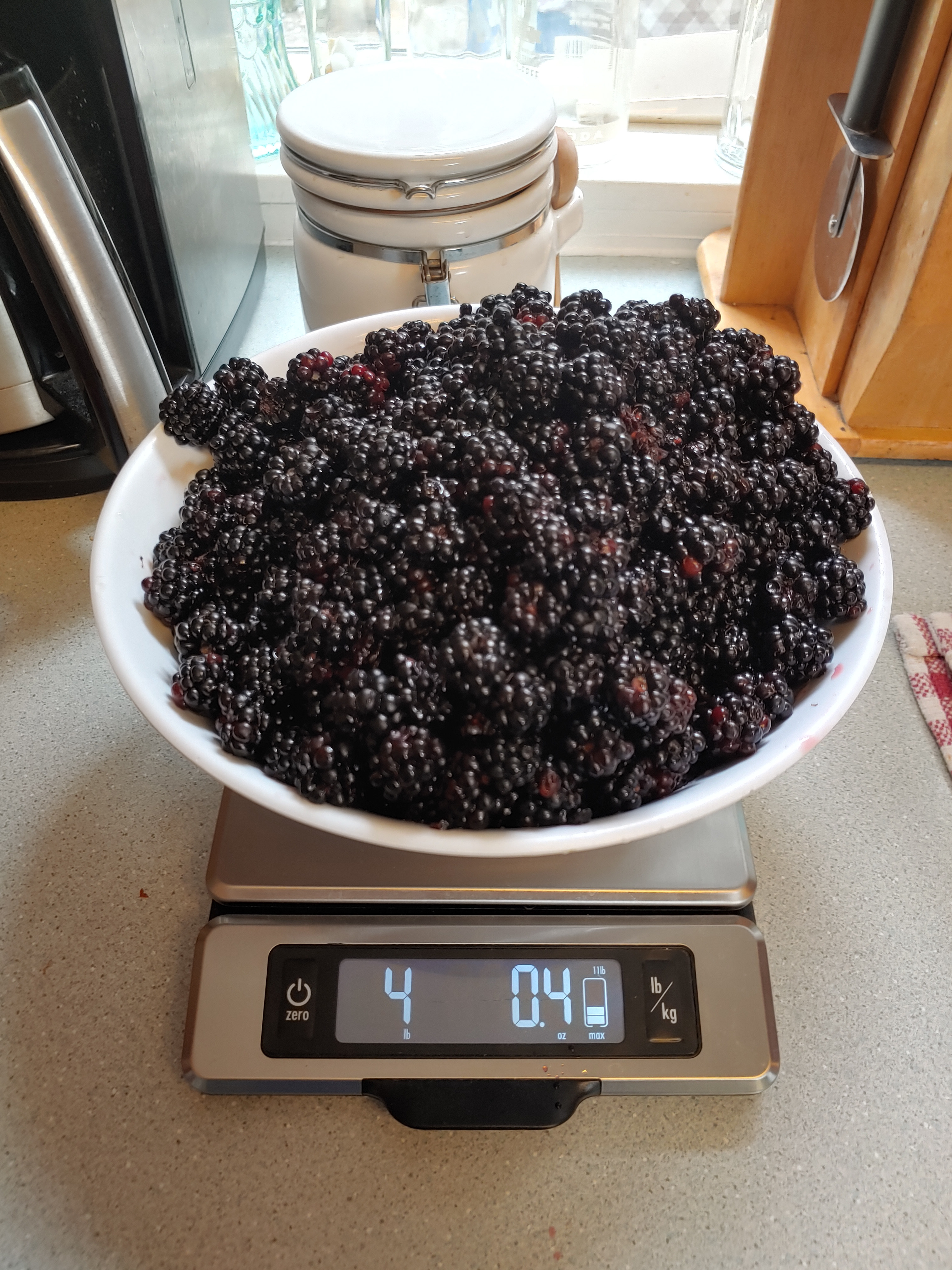