Melis Okter: Finding the Silver Lining in the Midst of Change

The statements below are those of the author and do not necessarily reflect the views of the California Coastal Commission and/or staff members.

I thought my biggest worry starting my California Sea Grant State Fellowship with the California Coastal Commission (CCC) would be finding housing in San Francisco, but I was very quickly mistaken. A few weeks before starting my fellowship, news articles and rumors were erupting about the Commissioners’ interest in firing Executive Director, Charles Lester. Before I could fully wrap my head around what was happening, I had professors, friends, and family members frantically contacting me with questions and concerns about my fellowship.  As I tried to convince them (and myself) that there was no way the Commissioners would follow through, citing previous discrepancies between past ED’s and the Commissioners, I became increasingly nervous about my new position. My first day of work was just one week before the February hearing when commissioners would be considering the dismissal of the Executive Director. Looking back, it was both the best and the scariest time to start working at a new agency.

The California Coastal Commission was established by voter initiative (spurred by individuals who wanted to stop large development projects in California’s coastal zone) and later made permanent by the Legislature through adoption of the California Coastal Act of 1976. It is an independent, quasi-judicial state agency.  In partnership with coastal cities and counties, the Coastal Commission plans and regulates the use of land and water in the coastal zone. Development activities, which are broadly defined by the Coastal Act to include (among others) construction of buildings, divisions of land, and activities that change the intensity of use of land or public access to coastal waters, generally require a coastal permit from either the Coastal Commission or the local government.

The Coastal Act includes specific policies that address issues such as shoreline public access and recreation, lower cost visitor accommodations, terrestrial and marine habitat protection, visual resources, landform alteration, agricultural lands, commercial fisheries, industrial uses, water quality, offshore oil and gas development, transportation, development design, power plants, ports, and public works. The policies of the Coastal Act constitute the statutory standards applied to planning and regulatory decisions made by the Commission and by local governments, pursuant to the Coastal Act. The Commission is composed of twelve voting members, appointed equally (four each) by the Governor, the Senate Rules Committee, and the Speaker of the Assembly. Six of the voting commissioners are locally elected officials and six are appointed from the public at large. Three ex officio (non-voting) members represent the Resources Agency, the California State Transportation Agency, and the State Lands Commission. The Executive Director serves at the pleasure of the commissioners, and they can remove him/her as such.

During the week leading up to the hearing, I was able to tap into the incredible institutional knowledge within the CCC. The Coastal Commission is an agency with a very high retention rate and has many individuals who have been here since the agency’s early years. Those individuals took me under their wing and brought me up to speed with both past and present events that led to this hearing. One of the main reasons I wanted to work for the CCC was to tap into these individuals and soak up as much of their knowledge as possible. What I have gained from Coastal Commission staff during the course of my fellowship has been more invaluable than words can describe.

The strength within the agency left me feeling more inspired than demoralized after Dr. Lester was unceremoniously let go. Staff sat together to watch hundreds of individuals, government representatives, and organizations show their support for Charles Lester. The massive manpower supporting Dr. Lester, Staff, and coastal protection, was one of the most moving things I have ever witnessed. Moments before the vote, Dr. Charles Lester gave an unbelievably eloquent and powerful speech, bringing our conference room to tears. Unfortunately, the enormous support was not enough to change the minds of the commissioners, as they voted to remove the California Coastal Commission’s Executive Director.

I can proudly say that Staff came together beautifully to boost morale. Senior staff members told stories of prior years when agency felt shaken by various events, and how they always stayed strong together. Inspirational quotes, stories, and articles were passed around. The overwhelming sentiment was that everyone will work even harder to protect the coast, and will continue to carry out the agency’s legacy and mission. I personally felt rejuvenated, inspired, and ready to give this fellowship my all. It was beautiful and moving to find the silver lining in the midst of disappointment, and to watch staff remind one another of that whenever someone felt dispirited.

Since February, all of California has been paying attention to the CCC as well as coastal protection. It really might be true that all publicity is good publicity; with all eyes on the agency, I believe the Coastal Commission will continue to protect and enhance California’s coast and ocean for present and future generations. 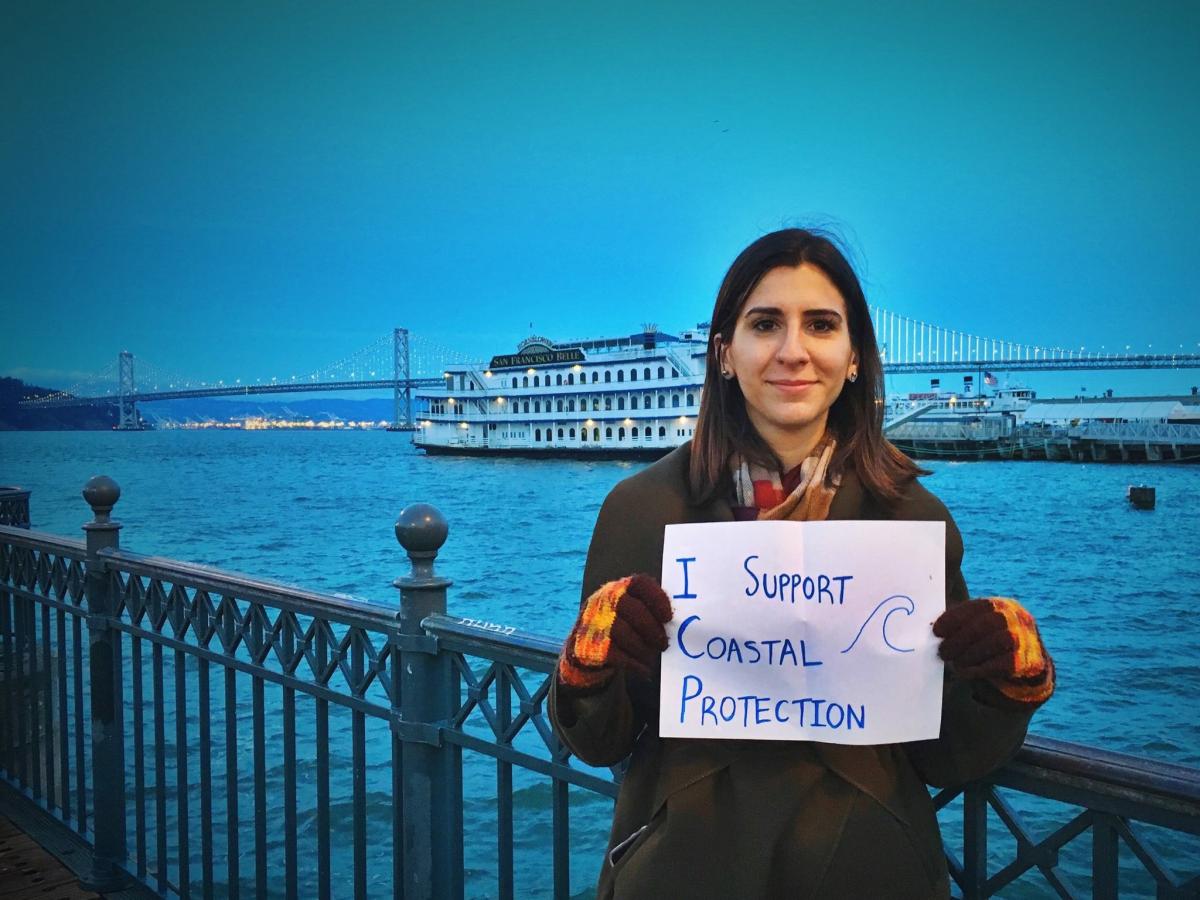 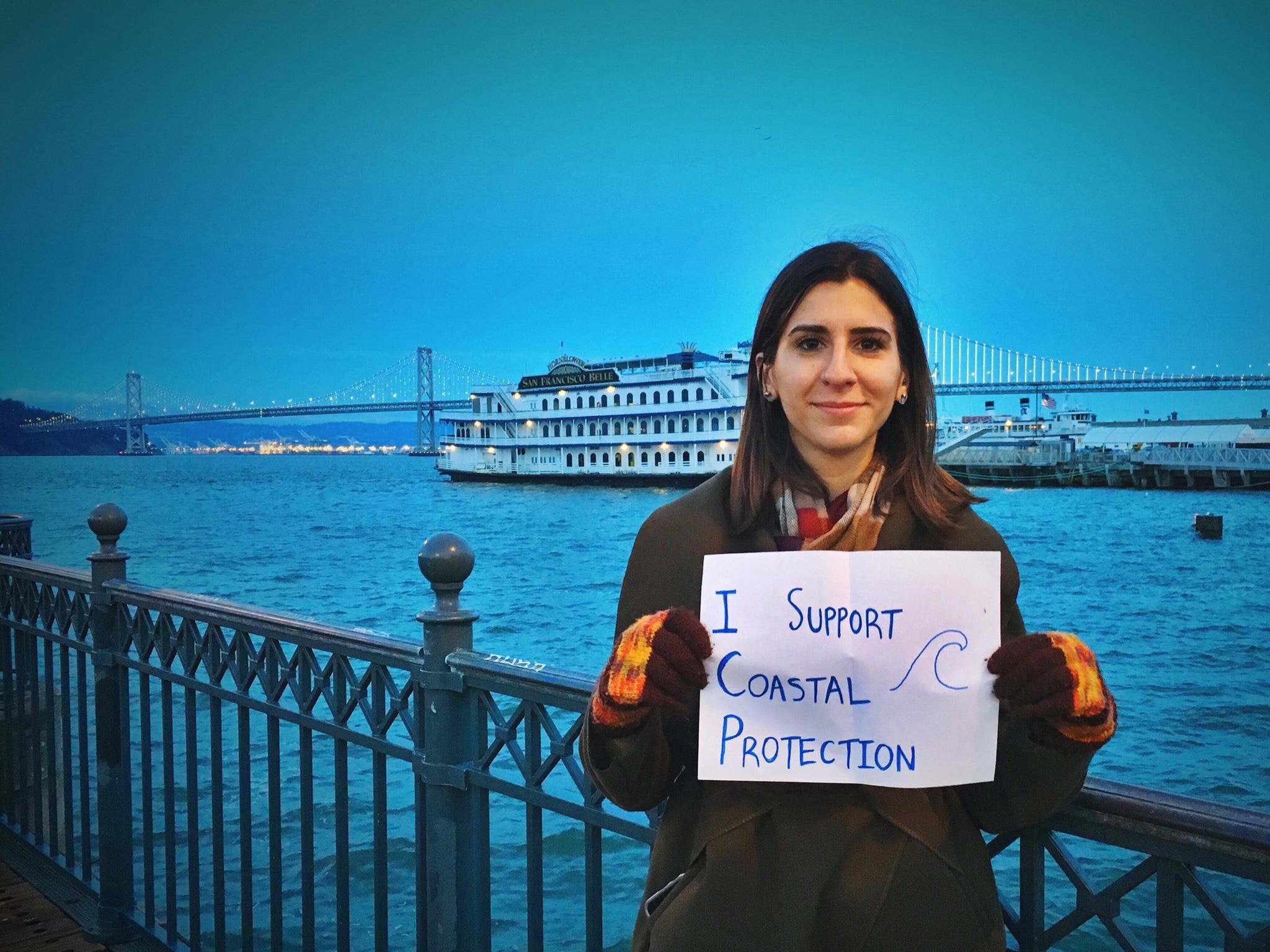 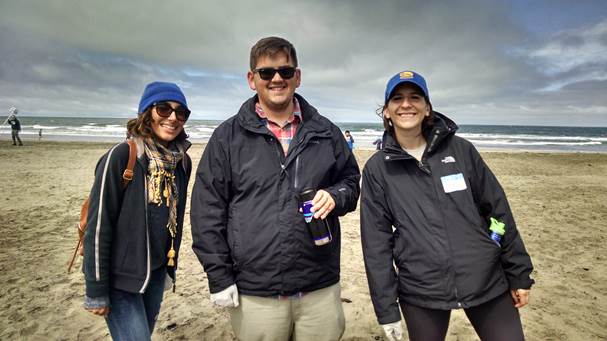 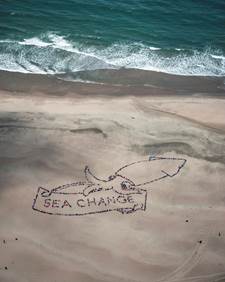