Erin Satterthwaite: Climbing the twisted ladder of DNA to a more holistic understanding of life in the sea

Guided by the age-old adage, ‘the whole is greater than the sum of its parts,’ effective marine conservation relies on understanding the ocean in an integrated way.

Recently, marine management has been moving toward a more holistic approach to understanding entire ecosystems in order to effectively manage resources, known as ecosystem-based management. An ecosystem is the complex network of all of the interacting organisms within a physical environment. Consequently, knowing how many types of organisms are present in an area and where they are located is central to the conservation of marine resources. Yet, identifying and quantifying all of the organisms in an ecosystem is quite challenging.

Imagine that you were asked to provide a list of the organisms present in your garden, from the microbes in the soil to the birds that occasionally stopover in your yard. That would be a tough order. This quest is even more difficult in the ocean as attempts to visually observe organisms are challenging since they reside underwater, can be microscopic, and may move over vast distances. 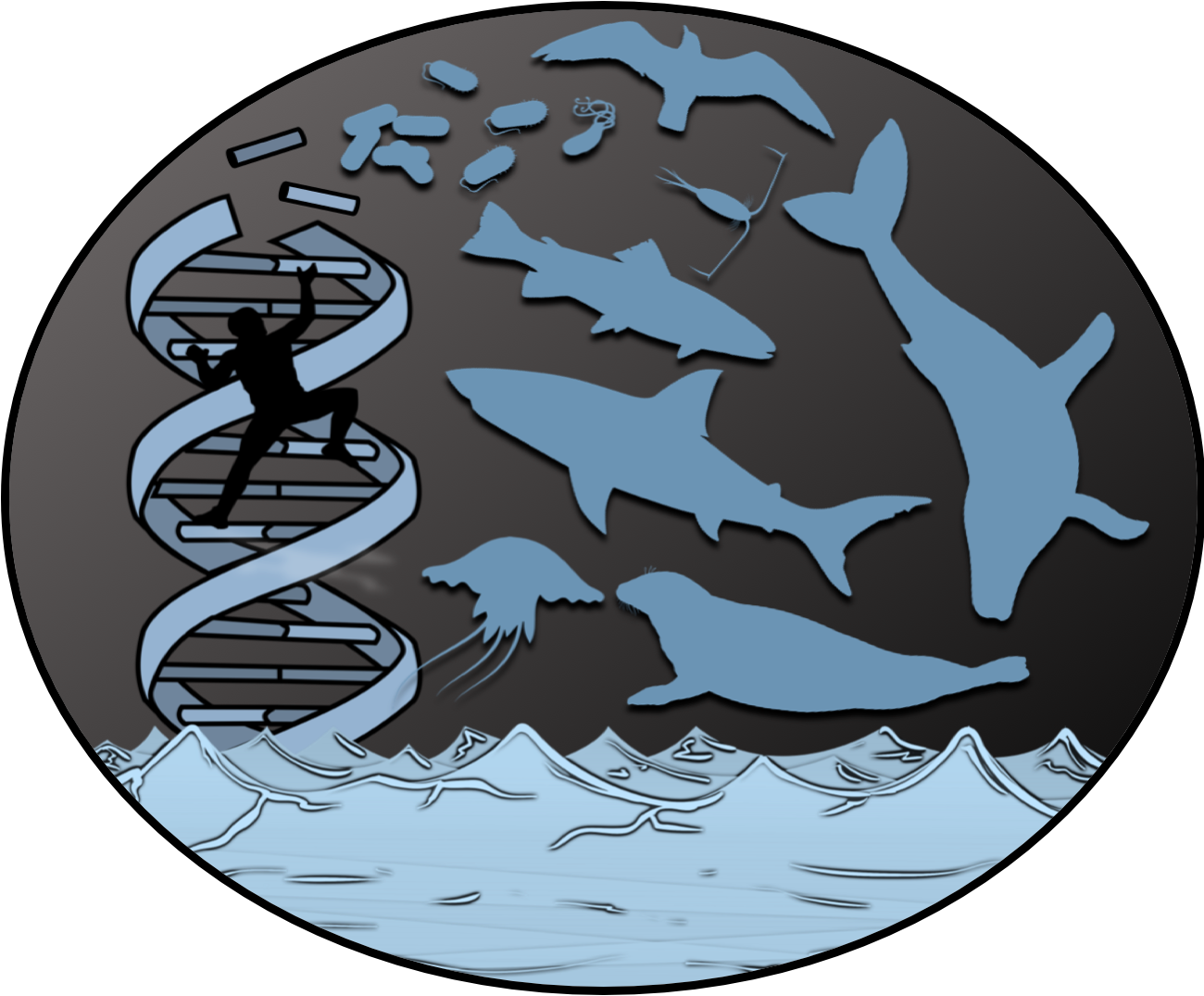 Wouldn’t it be nice if marine organisms left behind evidence of their comings and goings, like tracks in the snow? Well thanks to recent scientific developments, scientists can now identify, from just a few drops of water, many of the life forms that have been present in an area of the ocean, from the tiniest bacteria to the largest whales. This technology allows scientists to analyze environmental DNA, known as eDNA.

eDNA is genetic material that is naturally released from an organism into different parts of its environment, such as soil, seawater, or air. Similar to human fingerprints, each species has a unique genetic identity which can be determined from genetic sequencing. eDNA methods may allow us to determine, based on the presence of genetic material in a given area, which species are present and how their populations change over time. 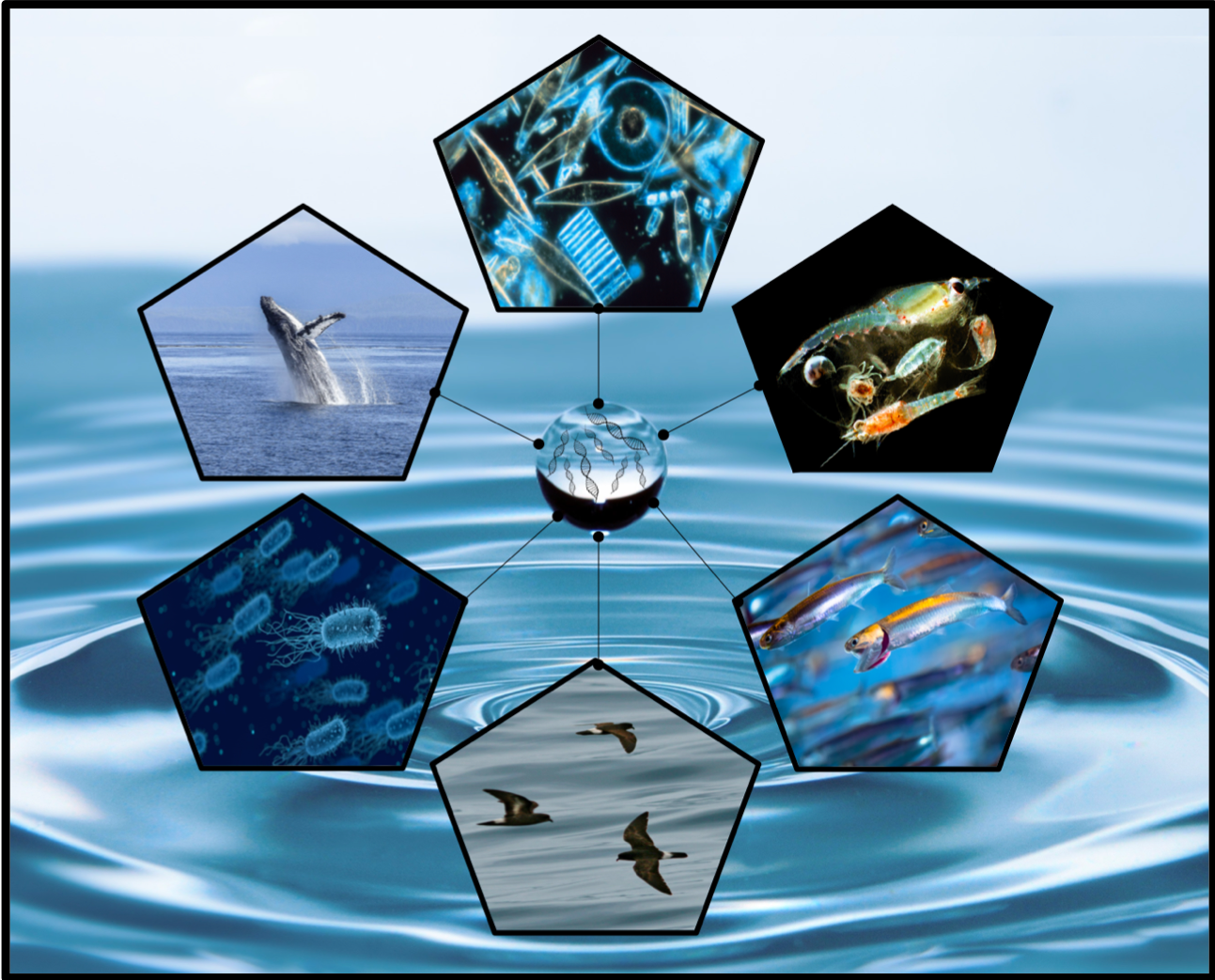 As a California Sea Grant State Fellow with the NOAA Southwest Fisheries Science Center, I am using eDNA to understand what organisms exist off the coast of California in order to better understand how marine biodiversity changes across space and through time. Similar to the way in which a diversified financial portfolio aids in economic security, by maintaining marine biodiversity and ecosystem function we effectively ensure that we are able to preserve our valuable marine resources, which we rely on for food, medicine, and recreation. By climbing the twisted ladder of DNA to peer into the vast ocean, we can now gain amazing insight into the spectacular diversity of our marine planet. 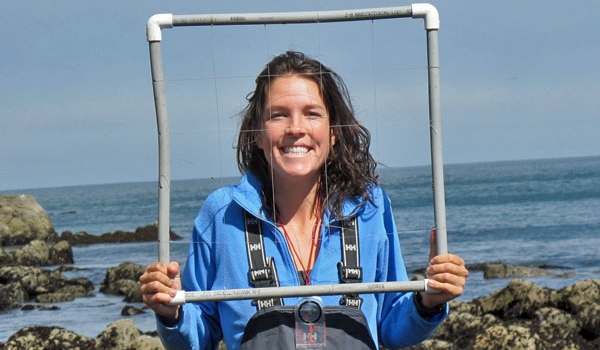