For many environmental scientists, those are some of the first things we think of when we try to take on climate change communication. I was no different.

One of my main tasks during my Sea Grant State Fellowship at the State Lands Commission (along with my co-Fellow Maren Farnum) has been to develop a training program for our staff about how climate change and sea-level rise will impact California's natural resources and how we can manage the State's best interests and public trust resources and values accordingly. While this is a tough task to begin with, it was made more complicated by the diversity of staff that we would be working with. Our staff deals with an enormous range of issues and activities. For some staffers, climate change impacts were a familiar topic of conversation. However, many others had never considered how climate change could influence the way the Commission leases and monitors activities on public lands.

Once I thought I had a grasp of whom I was communicating with, I started putting together my first training module.  I wanted to focus on the basic principles of climate change and go over some of the most important impacts.  I created slides that would have made any ecologist-alarmist proud:

Once I had finished, I reviewed my slides with a sense of accomplishment. Then I came to a realization.

The only inconvenient truth here was that I had put together an awful presentation.

The above images represent the original tone of the climate change presentation. Patrick reframed his communication techniques with a more empowering message.

I had fallen into the trap of offering up lots of bad news with no solution, other than "the whole world needs to emit less greenhouse gases, and it needs to happen now." Even my bad news that was meant to motivate people wasn't effective.  Could I really expect everyone to suddenly be called to action because the Costa Rican golden toad had already gone extinct due to climate change? (Yes, that was an actual slide I made.) I knew I had to start over.

The second time around, I shifted my focus.  Rather than thinking about what mattered to me as an ecologist, I had to think about what mattered to me, and to my audience, on a personal level. I discussed how climate change and greenhouse gasses worsen air quality and public health in cities; how changes in the water cycle decrease our supply of freshwater for drinking, cooking, and watering plants (the ideal way? At night, with a targeted watering system that waters the plants, not the sidewalk, of course); how future climates will be hospitable to pests and weeds, meaning more of a reliance on pesticides and herbicides; and how more floods means buying more flood insurance. 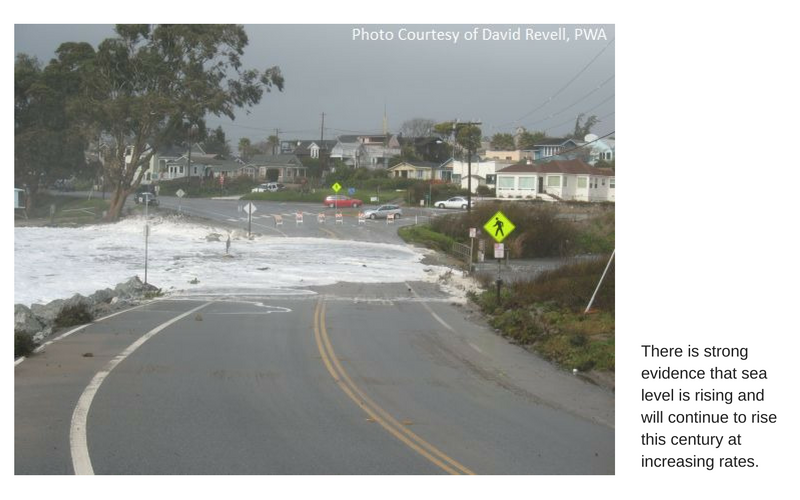 After I had made the personal connection, Maren and I thought about what this would mean for all of the public lands and resources that the Commission manages. We showed how rising sea levels could limit public access and recreation, as well as damage coastal habitats. We discussed how storms could create hazards in waterways and restrict navigation through them. We thought about how stronger storms could damage public and private structures on state land and lead to public health risks. We pooled together all of this knowledge to explain why climate change and sea-level rise mattered to our staff, on both personal and professional levels, even if they weren't environmental scientists.

But we didn't stop there. We had realized that scaring people about climate change wouldn't work. We had to empower them with solutions so that they could take an active role in doing something tangible about it.

I demonstrated some of the strides that California, the US, and the world have taken in recent years: the Paris Climate Agreement, increased popularity of hybrid and electric vehicles, the proliferation of research into natural solutions such as eelgrass restoration, and California’s leadership in renewable energy generation.

After we had discussed what is already being done, Maren focused on what our staff could do into the future to manage climate change impacts and risks. We showed that the most important thing our staff could do was to join us in being climate communicators. By discussing climate change impacts with our lessees, grantees, applicants, and partners, we can serve as educators and identify ways to adapt to these challenges that protect the State’s best interest and public trust values.

After we had finished our trainings, we received lots of feedback.  Our staff felt empowered – they understood why climate change mattered and what was at risk, and felt that they had the opportunity to play an important role in doing something about it.  They knew that these problems were something to worry about, but that it wasn’t hopeless.  We had made people feel that they had a stake in doing something about climate change, and that there work was a meaningful part of the solution.

I’d like to see Al Gore or a sad polar bear do all of that. 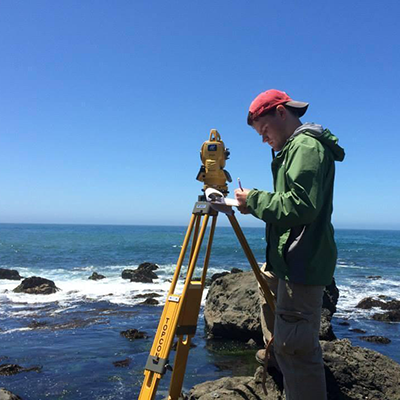